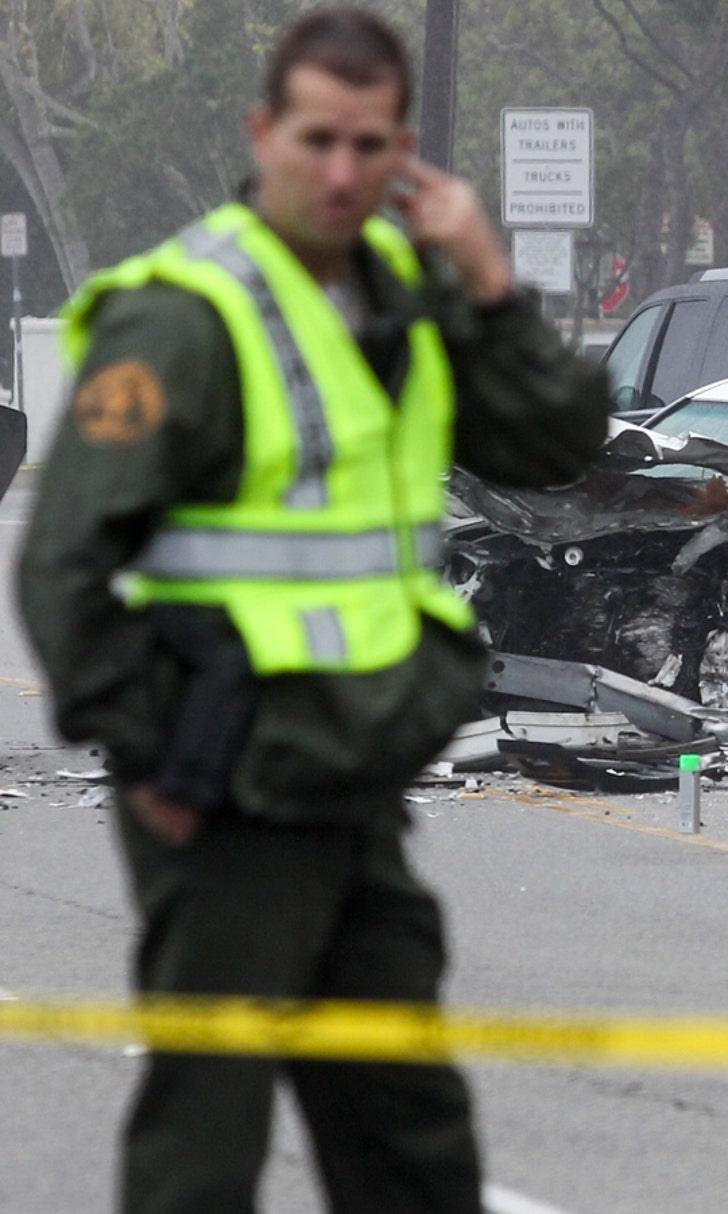 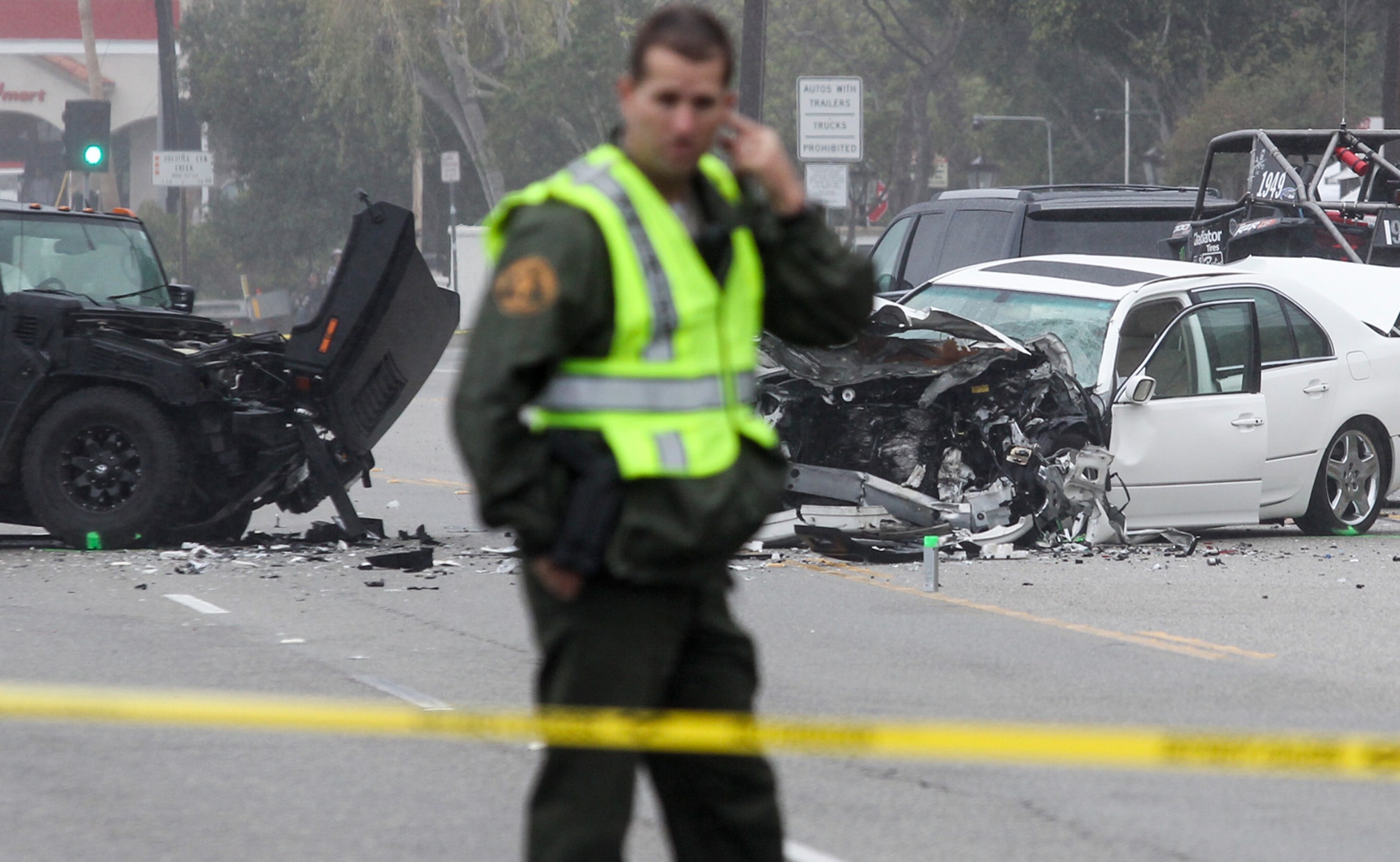 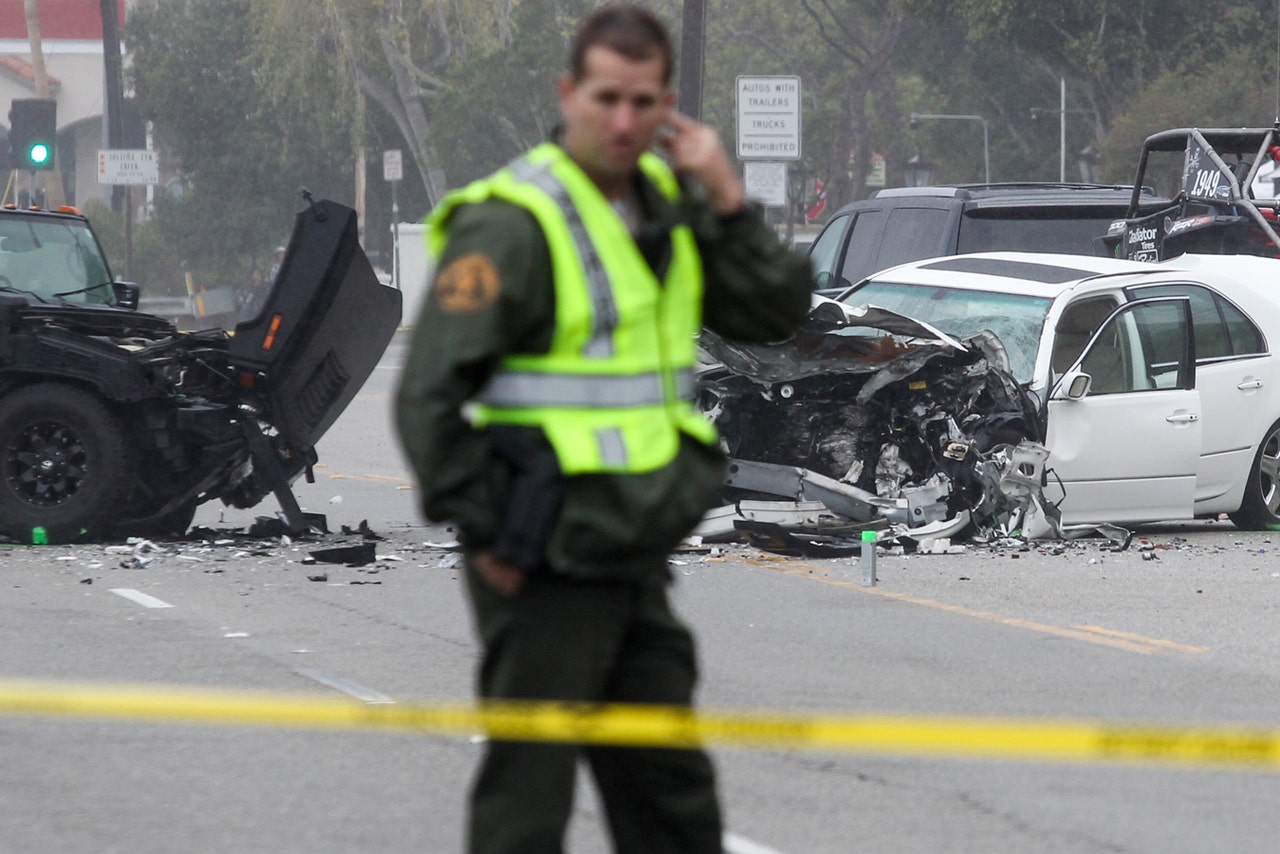 Bruce Jenner was not texting while driving when he got into a chain-reaction crash in Malibu, Calif., that left a woman dead, a publicist for the Olympic gold medalist said Sunday.

Jenner will provide his cellphone records if requested by investigators looking into the cause of the four-vehicle crash on Pacific Coast Highway, Alan Nierob said.

"The evidence will show that Bruce was not texting at the time of the accident," he said.

Los Angeles County Sheriff's officials said investigators will likely seek cellphone records for all the drivers to determine if distracted driving played a role in the accident.

Jenner was driving a black Cadillac Escalade when he rear-ended a Lexus sedan that slammed into a Toyota Prius that had slowed down or stopped on the famous coastal highway, sheriff's Sgt. Philip Brooks said.

The Lexus veered into oncoming traffic and collided head-on with a black Hummer.

The driver of the Lexus — Kim Howe 69, of Calabasas, Calif. — was pronounced dead at the scene.

In his first comments since Saturday's crash, Jenner called the accident "a devastating tragedy" and vowed to cooperate with investigators.

"My heartfelt and deepest sympathies go out to the family and loved ones, and to all of those who were involved or injured in this terrible accident," Jenner said in a statement Sunday evening. "It is a devastating tragedy. I cannot pretend to imagine what this family is going through at this time. I am praying for them."

The moment of impact was captured by celebrity photographers, who quickly posted the images on the Internet. The photos show the white Lexus mangled in the front and back, facing the Hummer, which had a heavily damaged engine and its hood popped open. Jenner's Escalade, which was pulling an off-road vehicle, had a damaged front end.

There was no indication Jenner was being chased by paparazzi at the time of the crash, authorities said. "Being a celebrity, he is often followed by paparazzi. He was aware of that, and it doesn't appear he took any evasive action to avoid the paparazzi," Brooks said.

Authorities said Jenner passed a field sobriety test and voluntarily submitted a blood sample to determine whether he was intoxicated.

The sheriff's department has custody of all the vehicles and will be inspecting them to ensure they are mechanically sound or whether a defect prevented somebody from stopping in time.

Investigators could also request search warrants, if necessary. The information gleaned from those records could help inform prosecutors, if they were to consider charges against the drivers involved.

However, Brooks said it is difficult to determine if a driver was texting at the exact time of a collision. Investigators will look at signs of driver behavior such as multiple texts that span a period of time leading up to, or including, the crash, Brooks said.

The crash comes at a time of widespread talk that Jenner, 65, is becoming a woman. Though Jenner himself has declined to comment publicly, his appearance has gradually become more traditionally feminine. Those in his inner circles have not challenged speculation that he is preparing to live as a woman and perhaps will appear in a new reality series about his transition.

Jenner won a gold medal in the men's decathlon at the 1976 Summer Games, but he is known to a younger generation as Kim Kardashian's stepfather. He and Kris Jenner appeared on the reality series "Keeping Up with the Kardashians" along with their children, and the pair's relationship and its troubles have been featured prominently on the show. The two finalized their divorce late last year, ending 23 years of marriage.