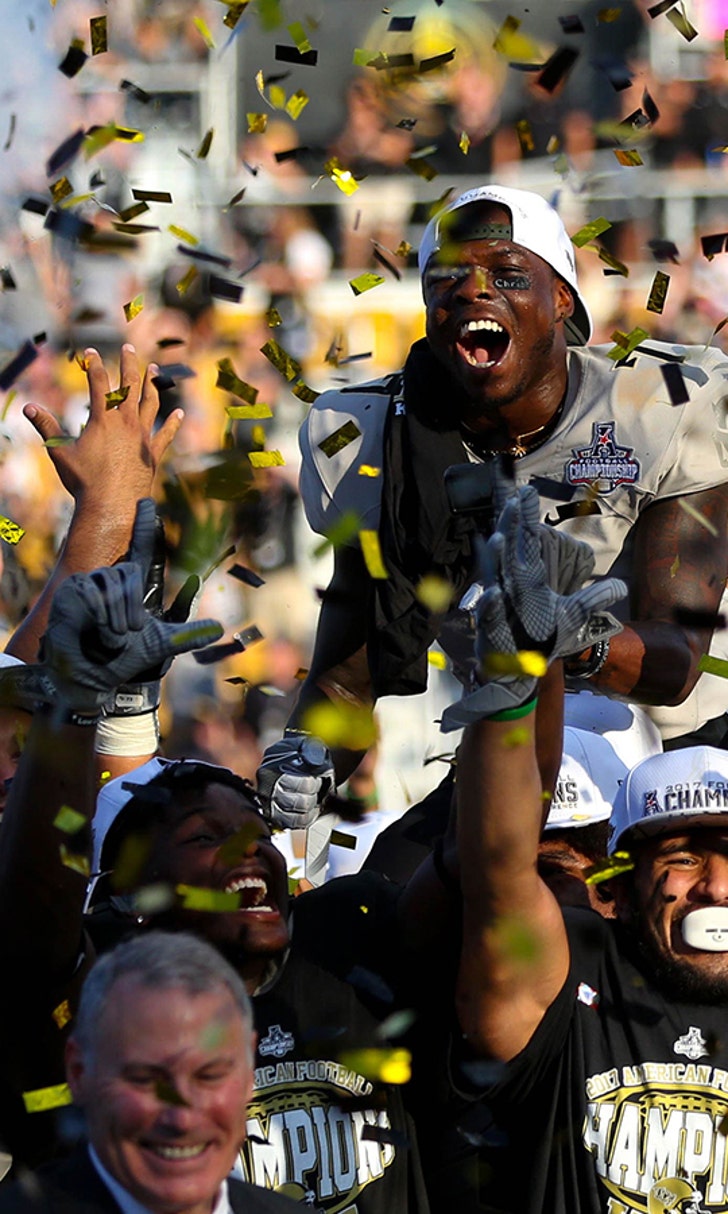 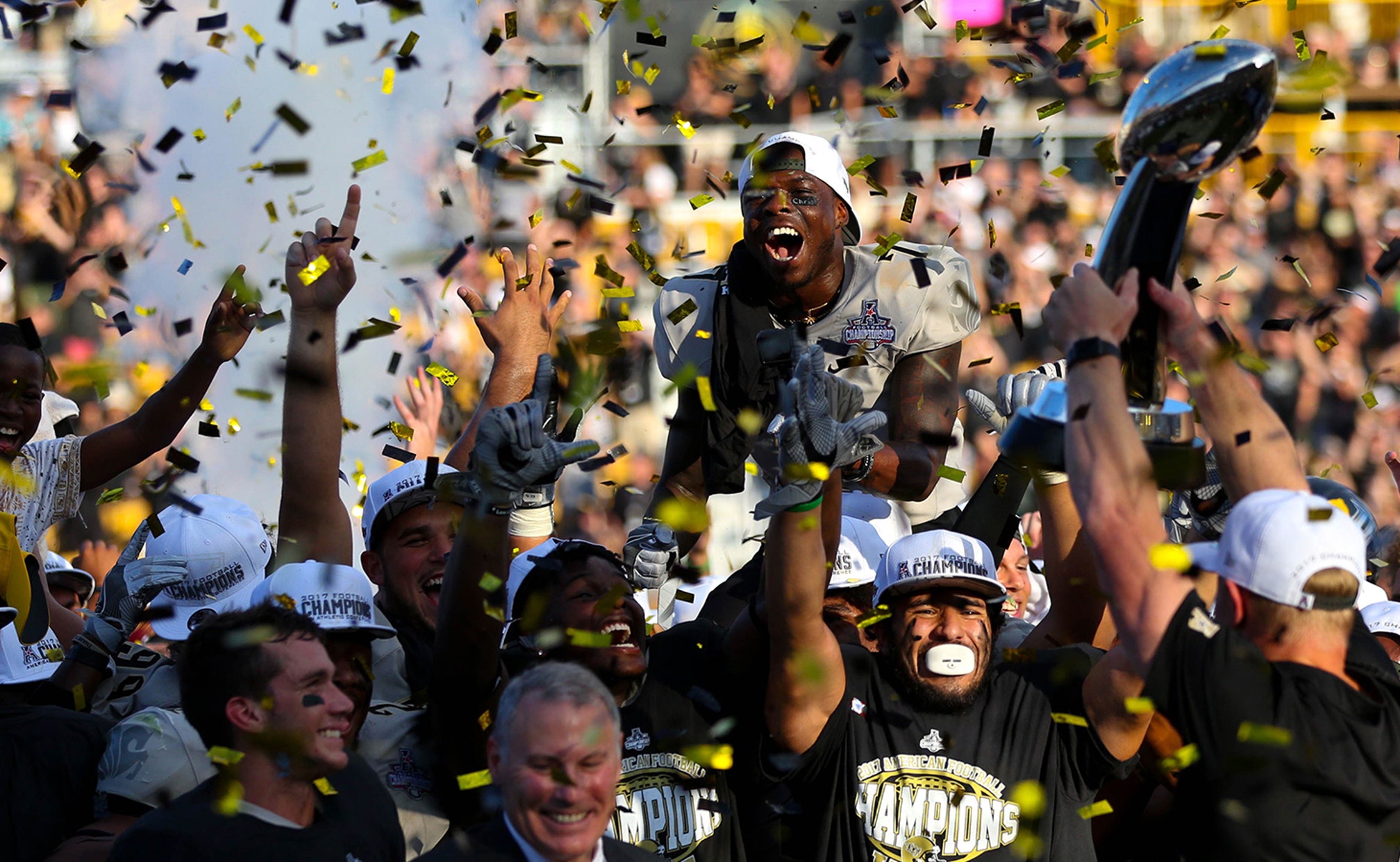 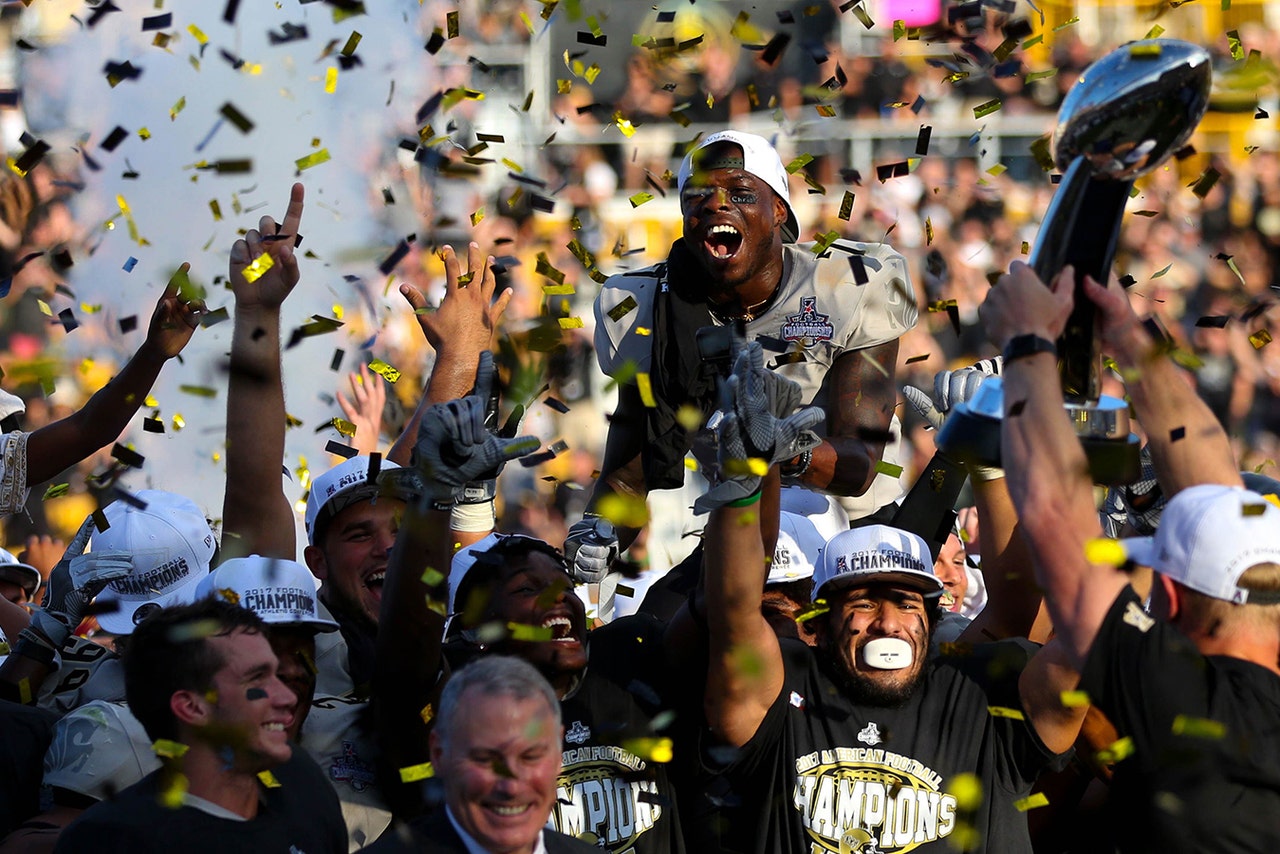 ATLANTA (AP) -- No. 10 Central Florida will be playing for a perfect season -- and respect for the team and its conference -- when it faces No. 7 Auburn in the Peach Bowl on Monday.

If not for a loss in its last visit to Mercedes-Benz Stadium one month ago, Auburn might have been playing for even more.

A loss to Georgia in the SEC championship game kept Auburn out of the College Football Playoff.

"We knew that it was an opportunity to play for the playoffs and potentially a national championship," Auburn linebacker Deshaun Davis said. "It was definitely a slump that we had to get over."

Davis said he and other leaders "let our team be sad for a minute, let them get the taste in their mouth so the guys that come next year, they know how it feels."

Coach Gus Malzahn says his players returned to practice with a more serious approach than for other bowl games.

"Our mindset is more of a business trip probably than it has been in the past with a bowl," Malzahn said, adding the approach was the "design" of the team's seniors.

A win over Auburn would give Central Florida its undefeated season and give the school and the American Athletic Conference respect. The Knights feel insulted they weren't given serious consideration to be part of the playoff.

"Our guys want to send a message they can play with anybody," Central Florida quarterback McKenzie Milton said.

"I think we all kind of know what's at stake. We know we've had a special year so far, and we know we've got a tall task ahead of us. But I think we're definitely up to it."

The Knights lead the nation in scoring, averaging 49.4 points per game. They have scored 30 or more points in every game this season.

Here are some more things to know about the Peach Bowl:

Central Florida coach Scott Frost chose to stay with the team through the bowl game after accepting a job to move to Nebraska, his alma mater. Frost will bring most of his assistants with him to Nebraska. Former Missouri offensive coordinator Josh Heupel is Central Florida's new coach and is expected to watch the game from a private box.

"It will be bittersweet tomorrow," Frost, the AP coach of the year , said Sunday. "This certainly isn't an ideal situation for the players or for me or for my staff, but we all care about each other, and I don't know what the alternative would have been."

CARRY ON AT RB

Auburn running back Kerryon Johnson said Saturday he feels close to fully recovered from injuries to his right shoulder and ribs. Johnson led the SEC in rushing, scoring and all-purpose yards per game and was the Southeastern Conference offensive player of the year and second-team All-American.

Auburn cornerback Carlton Davis, one of the team's defensive leaders, has an illness and won't play in the game, Malzahn said Sunday.

Auburn players have respect for Central Florida senior outside linebacker Shaquem Griffin, who leads the Knights with 5 sacks and 10 tackles for losses.

"My opinion, (Griffin) is probably the best pass rusher I'll go against all year," Auburn left tackle Austin Golson said. "I think he's a very good player. I have a lot of respect for the style of football that he plays."

Auburn defensive coordinator Kevin Steele coached in the Peach Bowl in 1982 when the game was played in its first of three Atlanta homes. Steele was Tennessee's linebackers coach and the Vols lost to Iowa at old Atlanta-Fulton County Stadium. The game moved to the Georgia Dome in 1993.

This is the 50th anniversary of the Peach Bowl and its first game in new Mercedes-Benz Stadium, which also will be home to next week's national championship game.