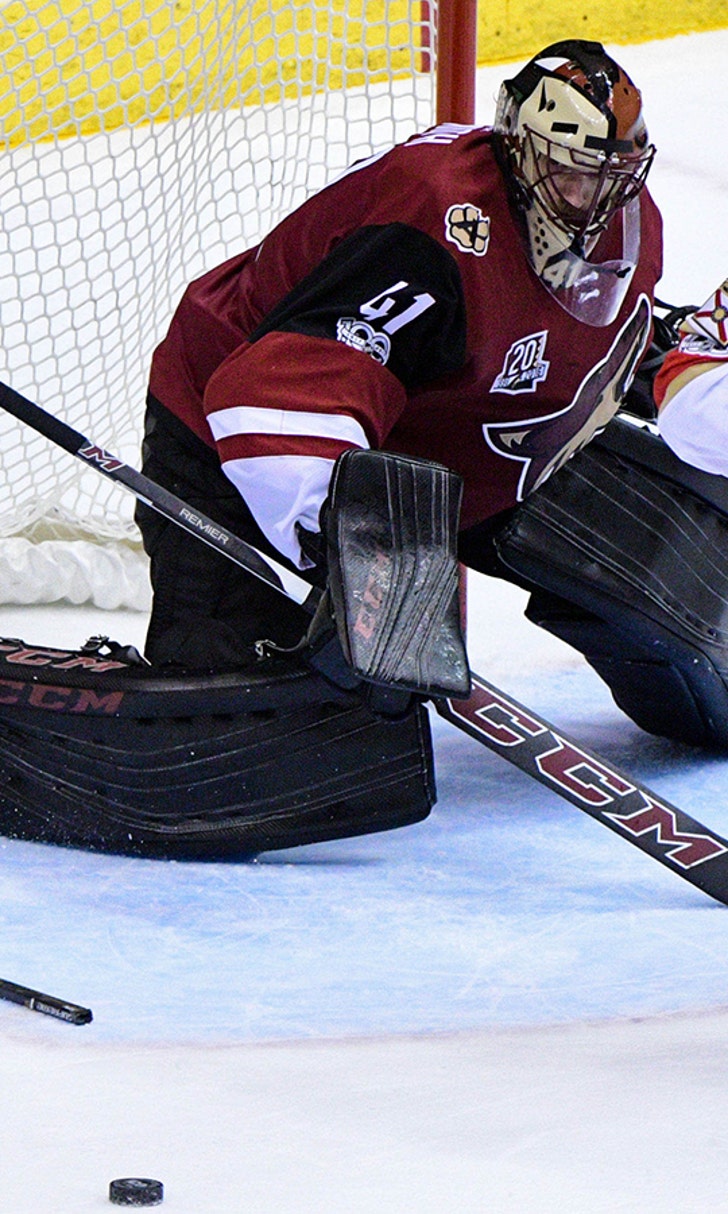 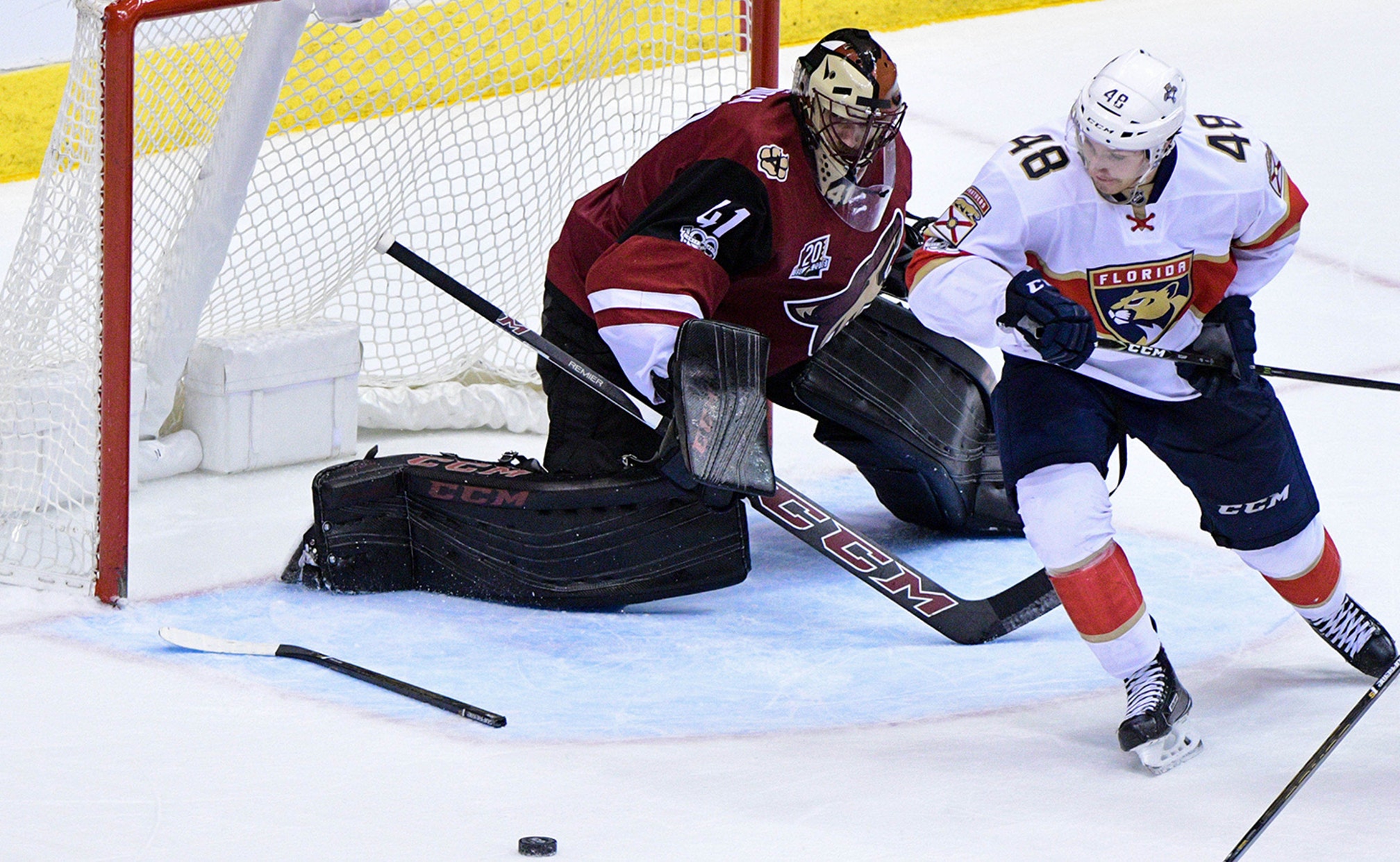 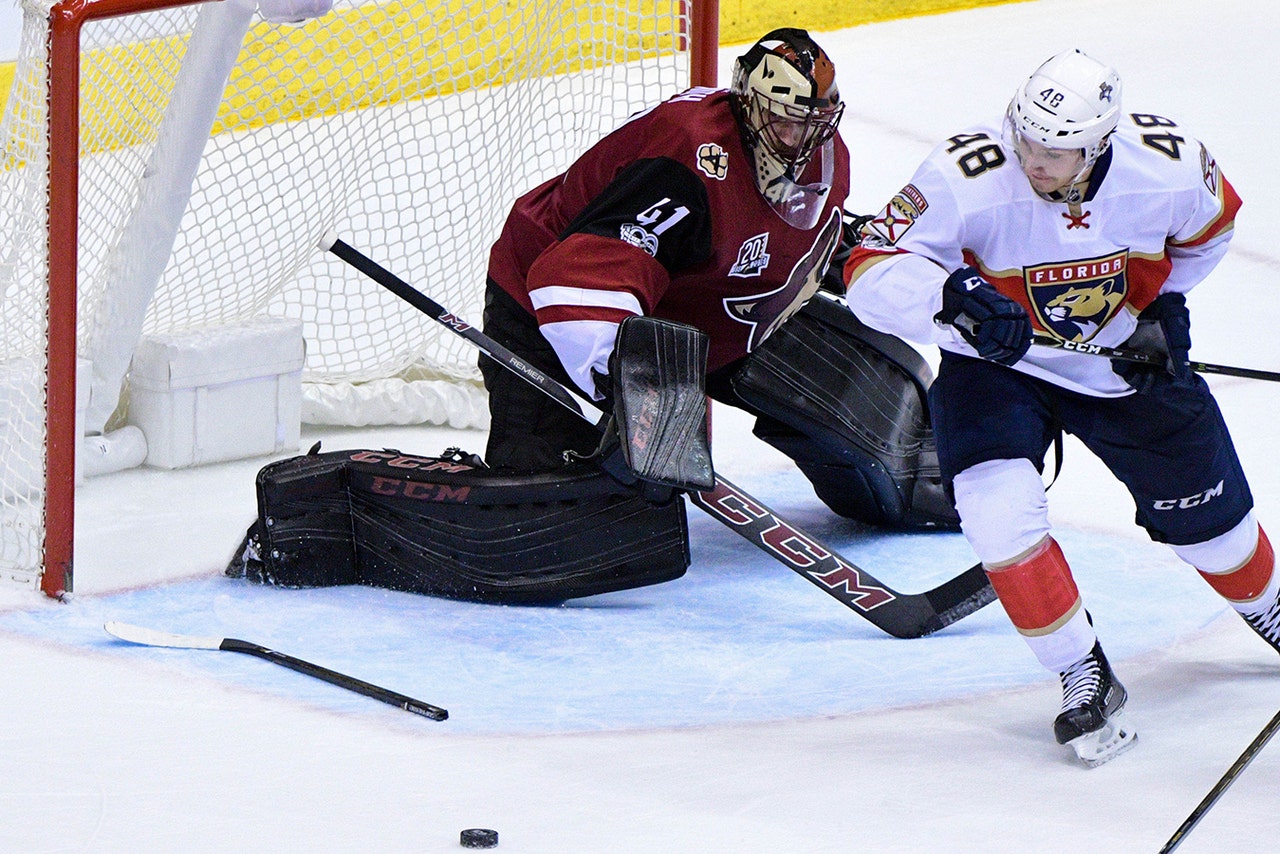 SUNRISE, Fla. -- The Arizona Coyotes were officially eliminated from playoff contention on Monday, and the Florida Panthers likely are not far behind.

Florida shockingly won the Atlantic Division last year and then made a bunch of changes, including firing head coach Gerald Gallant about a month into the season. The Panthers are still alive in the playoff chase -- but barely. They would have to create a nearly perfect 10-game finish to have any hope of leapfrogging the four teams that are in their way for the final playoff berth in the Eastern Conference.

Meanwhile, the Coyotes (27-37-9) are 4-2-1 in their past seven games following Tuesday's 5-3 win at Tampa Bay as they try to finish strong at the end of a fifth straight year with no playoffs.

"We want to start off now, building for next year," Coyotes defenseman Oliver Ekman-Larsson told azcentral.com. "It's important."

Ekman-Larsson has a goal in each of the first two games on Coyotes' five-game road trip. At 25, he qualifies as an elder statesman on the Coyotes' youth-laden roster.

Defenseman Jakob Chychrun, who grew up in southern Florida, doesn't turn 19 until next week. He has played 60 games and is third among Arizona's defensemen with 19 points. Chychrun has been paired with another rookie, 21-year-old Anthony DeAngelo.

"It's awesome," Chychrun said. "This is the rink I grew up coming to games at and I have a lot of great memories here. We had season tickets for many years, so it's real cool to be on the other side of it."

The Coyotes have four rookie forwards, led by Brandon Perlini, a 21-year-old first-round pick in 2012 who has blossomed this season with 13 goals. Christian Dvorak, a 20-year-old center, has 12 goals, maturing into a versatile two-way player.

Lawson Crouse, a first-round draft pick (11th overall) of the Panthers in 2015, has five goals in 63 games this season and ranks second among rookie forwards with 17 hits.

The most recent addition to the youth brigade is Christian Fischer, who scored in Tuesday's win over the Lightning to give him three goals in four games. The Coyotes are 4-0-0 in games that Fischer has played.

The young offensive talent doesn't end with the rookies. Second-year wing Max Domi is third on the team in scoring with nine goals and 24 assists in 50 games, and third-year wing Tobias Rieder has 15 goals, three behind team leader Radim Vrbata.

The Panthers, coming off a 4-3 loss to Carolina on Tuesday, have young talent as well. Offensive standouts such as Aleksander Barkov, Jonathan Huberdeau, Vincent Trocheck and Nick Bjugstad are all under 25 as are defensemen Aaron Ekblad, Michael Matheson and Alex Petrovic.