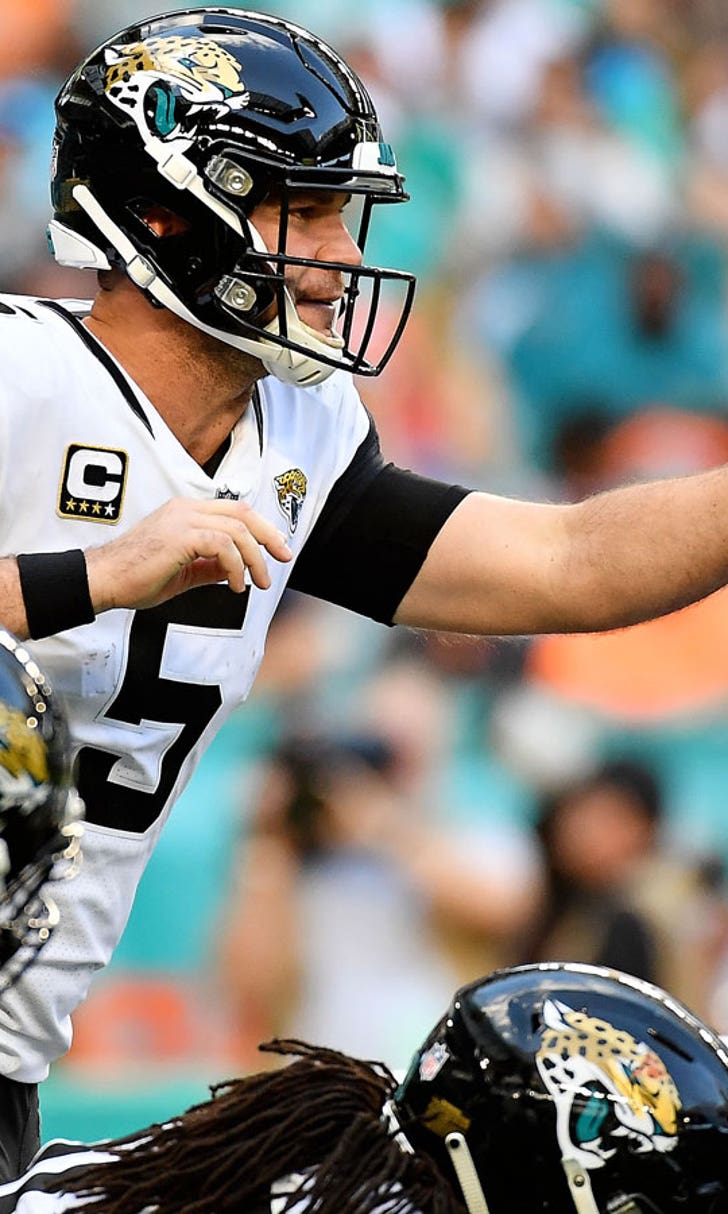 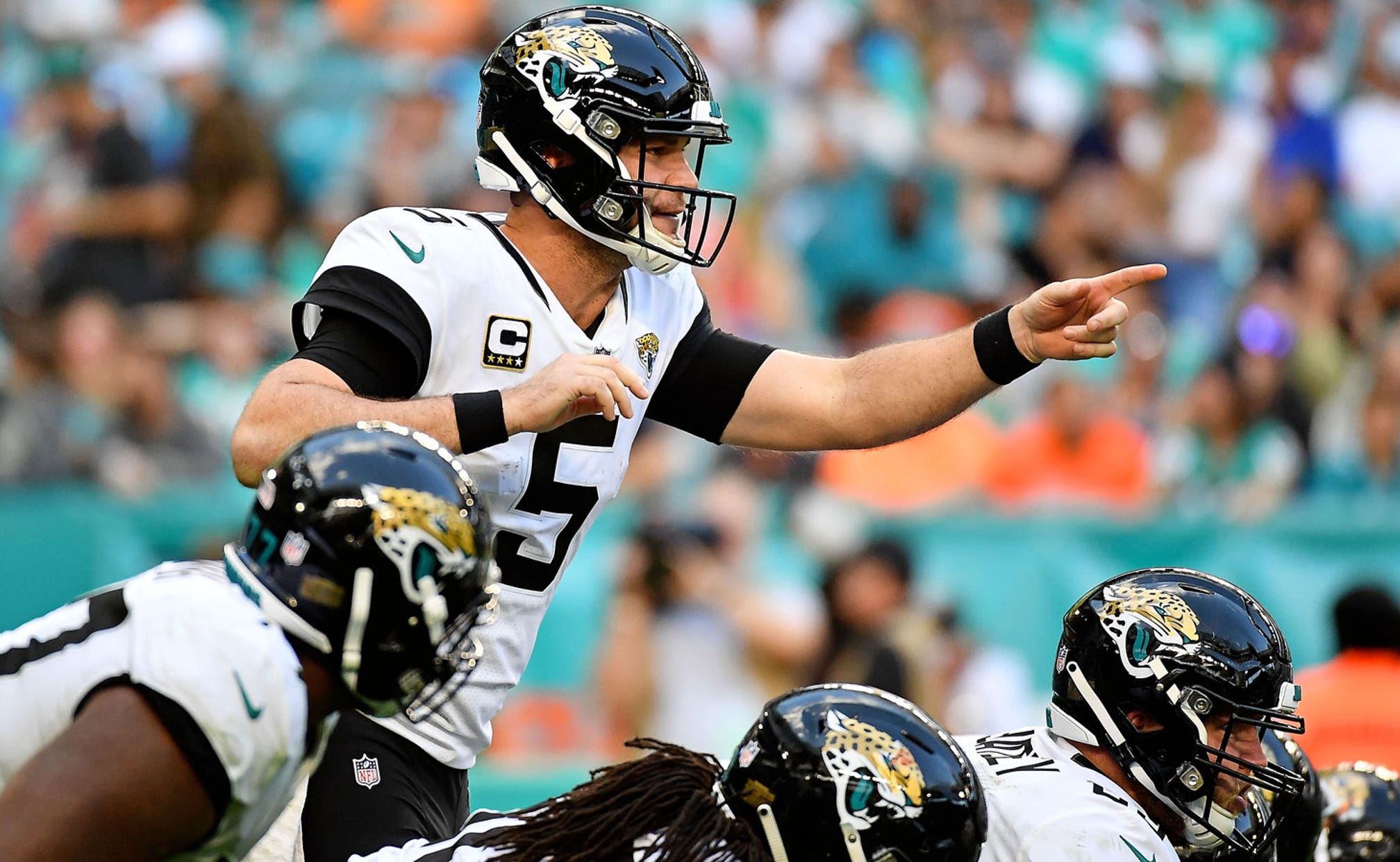 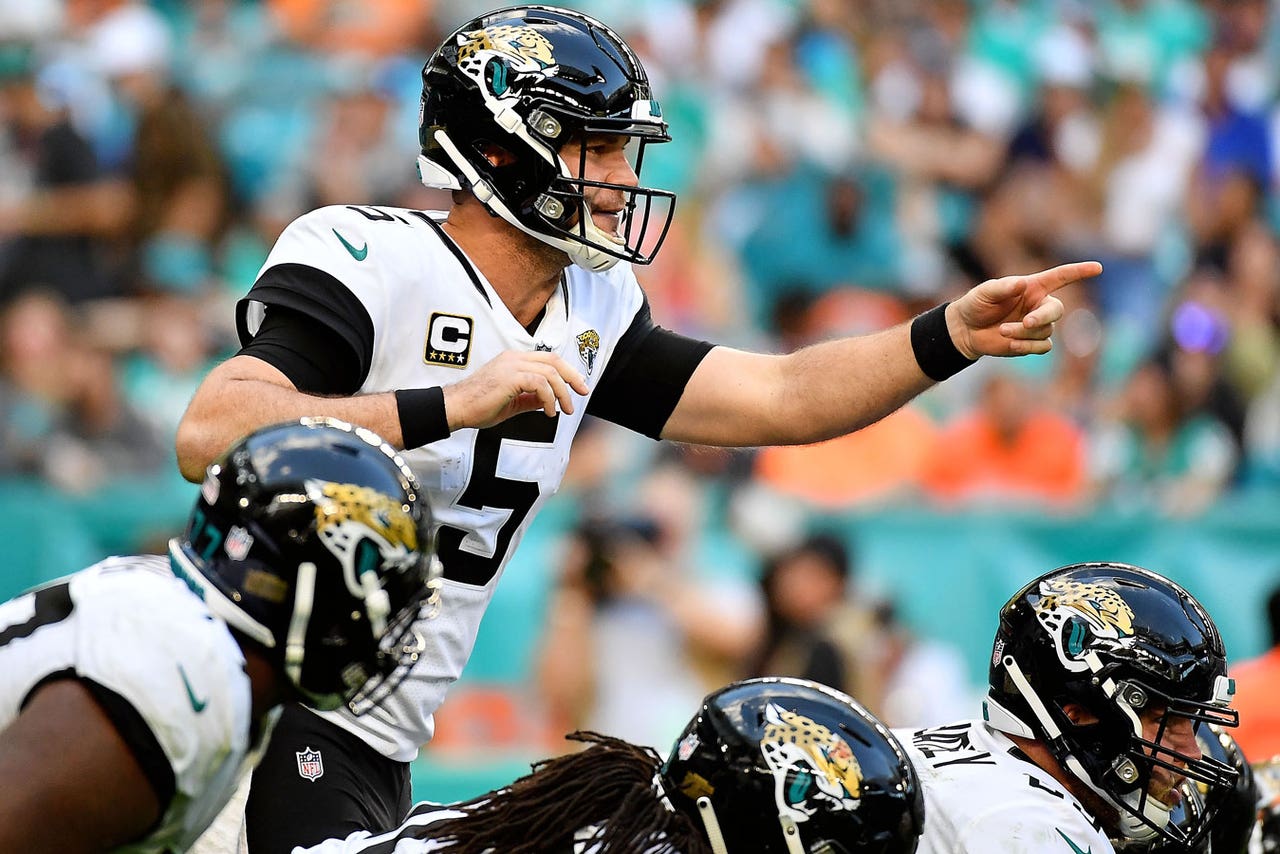 HOUSTON (AP) — The Houston Texans are already in the playoffs but need a win against Jacksonville on Sunday to clinch the AFC South and have a chance for a first-round bye.

"That's the main thing we're thinking about is clinching this division, nothing else," receiver DeAndre Hopkins said. "In order for us to get to where we want to get we've got to win this game."

Houston (10-5) lost to Philadelphia last week but became the sixth team since 1980 to reach the playoffs after a 0-3 start on Sunday evening when Pittsburgh lost to New Orleans. The Texans would get a bye with a victory and a loss or tie by New England.

The Texans won nine in a row after their winless start to turn their season around, but have lost two of their past three as injuries have started piling up. Hopkins played last week despite an ankle injury and said he's feeling much better this week, and running back Lamar Miller should return after sitting out last week with an injured ankle. But the Texans will be without receiver Demaryius Thomas, who sustained a season-ending Achilles tendon injury last week.

The Jaguars (5-10), who have lost two of their past three, will wrap up a disappointing season on Sunday. A year after winning the division and reaching the AFC championship game, Jacksonville doesn't have much to play for except the chance to keep the Texans from the division crown.

"But it's always good to play the Grinch and ruin somebody else's Christmas ... getting a win in Houston would be huge and obviously we would mess up a lot of stuff they've got going on over there, which obviously would be fun."

While several Texans are dealing with injuries this week, quarterback Deshaun Watson is much healthier than he was the first time Houston faced the Jaguars this season when he had to ride a bus to Jacksonville because of concerns about his health.

Watson was asked how much better he's feeling now than he was that week when he threw a touchdown pass to help Houston to a 20-7 win on Oct. 21.

"I don't have a collapsed lung or a broken rib, so I guess pretty darn well," he said with a smile. "I feel good, feel solid, able to do everything I want to do and participate, wake up every morning healthy and in good spirits."

Watson has played clean football over the past five games, throwing eight touchdown passes with no interceptions and running for three more scores. He knows this is perhaps the biggest game of his young NFL career, but insists he doesn't feel any added pressure because of what's on the line.

"There's not really pressure for me or anything because every game is a must-win ... I'm not used to losing," he said. "Every game, I put that mindset in my head that we must go in and win. We understand the stakes of this game is the opportunity to clinch, but ... you can't focus on that. You just have to focus on your job and going out there and performing and let the game come to you. You can't put unnecessary pressure on yourself."

The Jaguars will start Blake Bortles at quarterback against the Texans. Bortles, who has 13 TD passes and 10 interceptions this season, was benched after a loss to Buffalo on Nov. 25.

Some things to know about the Jacksonville-Houston game.

Jacksonville is one of two NFL teams (along with Philadelphia) that haven't had a 100-yard rusher this season. Leonard Fournette gained 95 yards on the ground in consecutive games last month, but hasn't topped 50 yards rushing in the four weeks since.

The Jaguars will try to end the season-long skid against Houston, which ranks fourth in the league against the run and hasn't allowed anyone to top the century mark since Frank Gore ran for 100 yards in the 2017 finale against Indianapolis.

Hopkins has 103 receptions for 1,425 yards which ranks second in the NFL. He needs just nine catches and 97 yards receiving to surpass his career highs of 111 receptions and 1,521 yards set in 2015. But he's not just close to outdoing his own numbers, he has a chance to pass Andre Johnson for two franchise receiving records with a big game on Sunday.

Hopkins needs 13 catches to move past Johnson (115) for most catches in a season in team history and he's 174 yards away from Johnson's team record of 1,598 yards receiving set in 2012.

The Jaguars, who already are down to their fourth left tackle because of injuries, are expected to start their third right tackle of the season. Corey Robinson is planning to step in for backup Josh Wells, who is dealing with a concussion. It would be the eighth different starting O-line combination for Jacksonville in the past 15 games. The Jaguars have allowed 50 sacks this season, including 28 in the past six games.