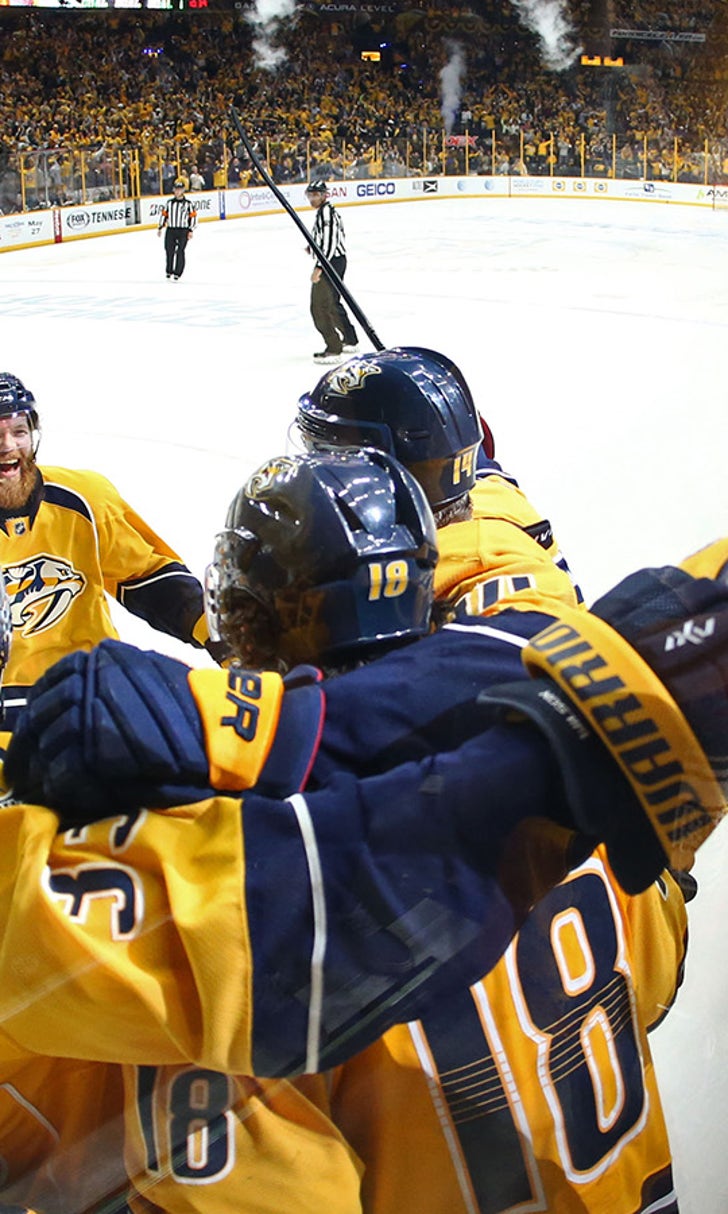 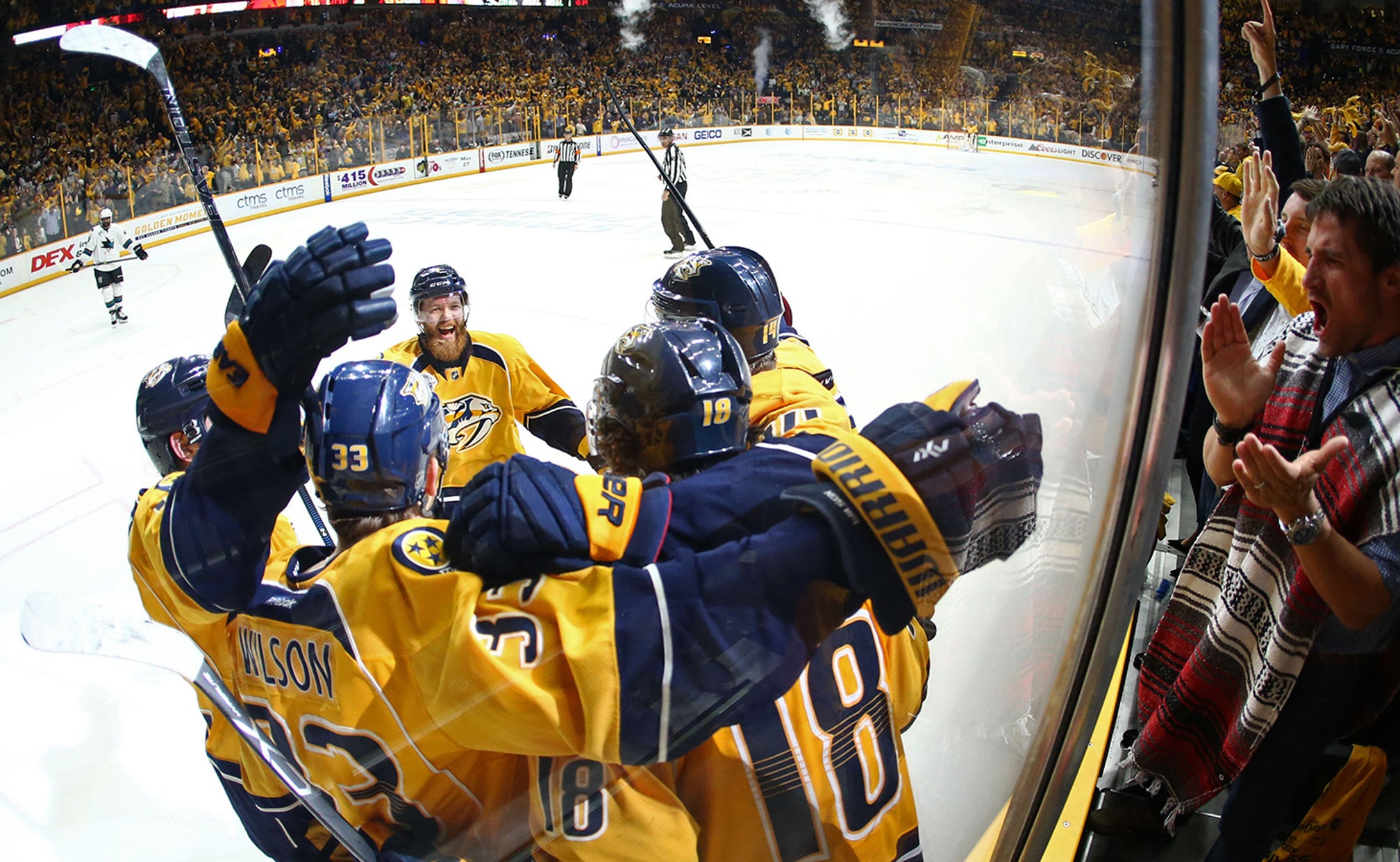 Predators outlast Sharks in 3OT thriller to even series 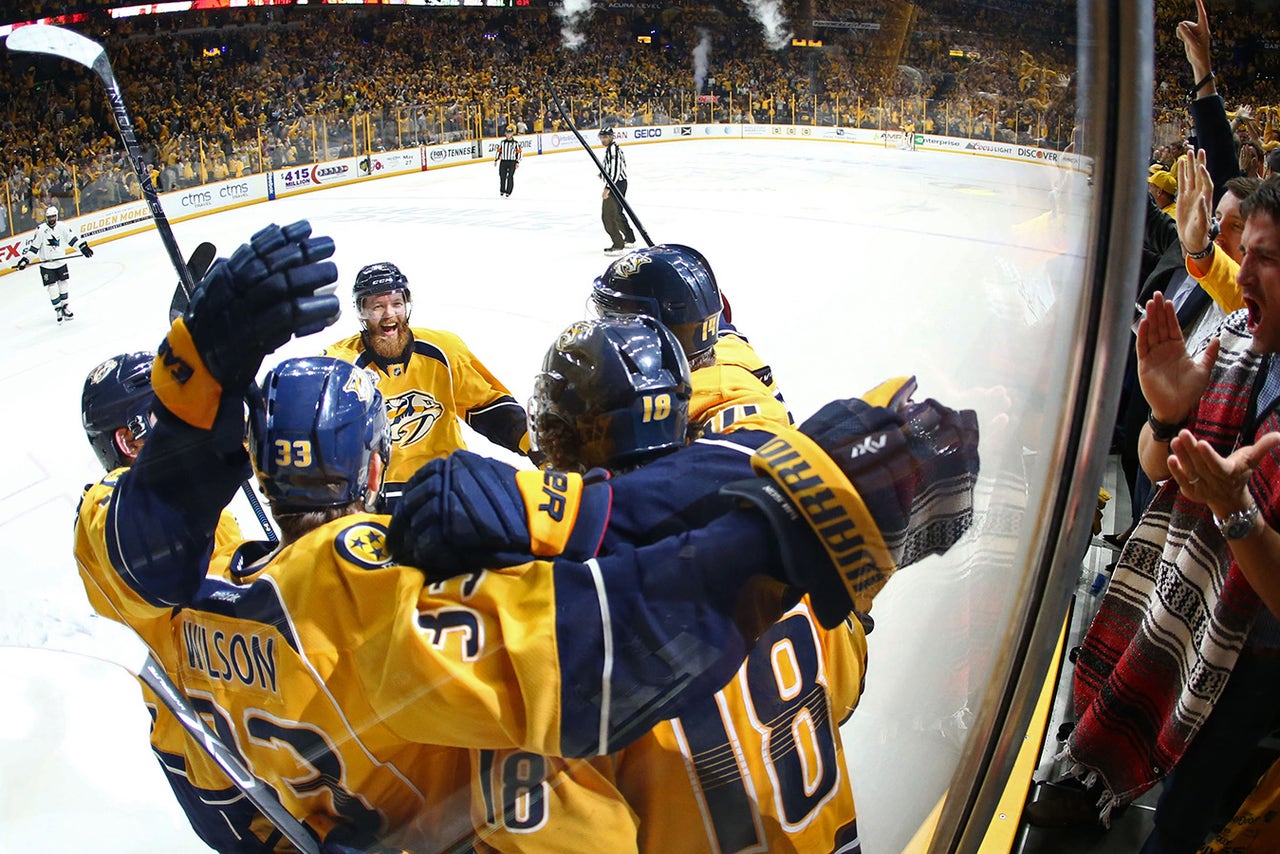 Mike Fisher scored at 11:12 of the third overtime in Game Four against the San Jose Sharks on Thursday night at Bridgestone Arena to even the Second Round series at 2-2. It's the first time the Preds have won a postseason game in overtime at home, a game that has already made its mark on the franchise.

"We were just trying to do all we could do to just find a way, and everyone did a great job," Fisher said. "Everyone in the lineup played solid, played hard. That was a great hockey game, and our fans had as much energy as anyone. Going out for that third [overtime period] they were unbelievable, and we tried to feed off of that a little bit too."

Game Four couldn't have gotten off to a better start for the Preds, as it took only 41 seconds for Colin Wilson to deposit his team-leading fourth goal of the postseason for a 1-0 lead. Mattias Ekholm's point shot eventually found its way to the stick of Wilson, and the forward snuck it off the post and past Martin Jones for the fastest goal at home from the start of a postseason game in franchise history.

Brent Burns got it back for San Jose at the 3:08 mark of the opening frame, but Mike Fisher scored his first at 9:50, collecting a rebound at the side of the net and capitalizing for his third of the postseason to extend his point streak to four games and give his club a 2-1 advantage headed into the first intermission.

The only goal of the second stanza came on the power play for San Jose, as Joonas Donskoi's shot found its way through the pads of Pekka Rinne. Nashville challenged the call for offside prior to the goal being scored, but the linesmen deemed the play to be valid, producing a 2-2 tie after two periods.

Burns got his second of the game to give San Jose their first lead of the night at 6:48 of the third period, but Nashville didn't go away. After striking two posts to begin the third period, the Preds finally got one under the bar with less than five minutes remaining in regulation. James Neal pounced on a loose puck to the right of Jones and slammed it home for his fourth of the postseason to send the Preds to overtime for the first time in the 2016 playoffs.

Once OT was underway, the teams went back and forth. San Jose pushed a puck past Rinne, but the goal was disallowed due to goaltender interference. After that, it was save after save for Rinne â who ended up with 44 in total, before Fisher finally ended the contest after 1 a.m. (CT).

"You have to give credit to Pekka," defenseman Mattias Ekholm said. "He kept us in the game all OT and all game long. We are going to be tired coming into the second overtime and third. Usually it's just a simple shot and a rebound that will decide these kinds of games, and that was the case tonight, and we'll take it. It's a huge win for us, and we'll enjoy it tonight, forget about it tomorrow. It's a new game on Saturday."