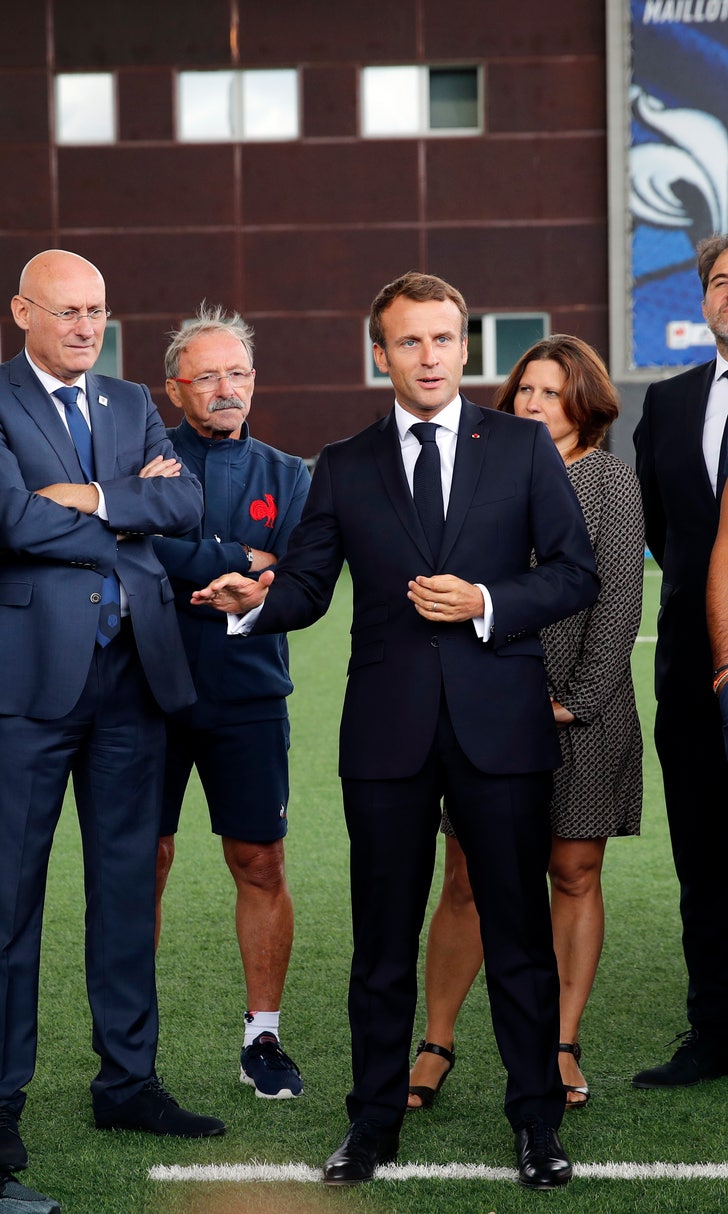 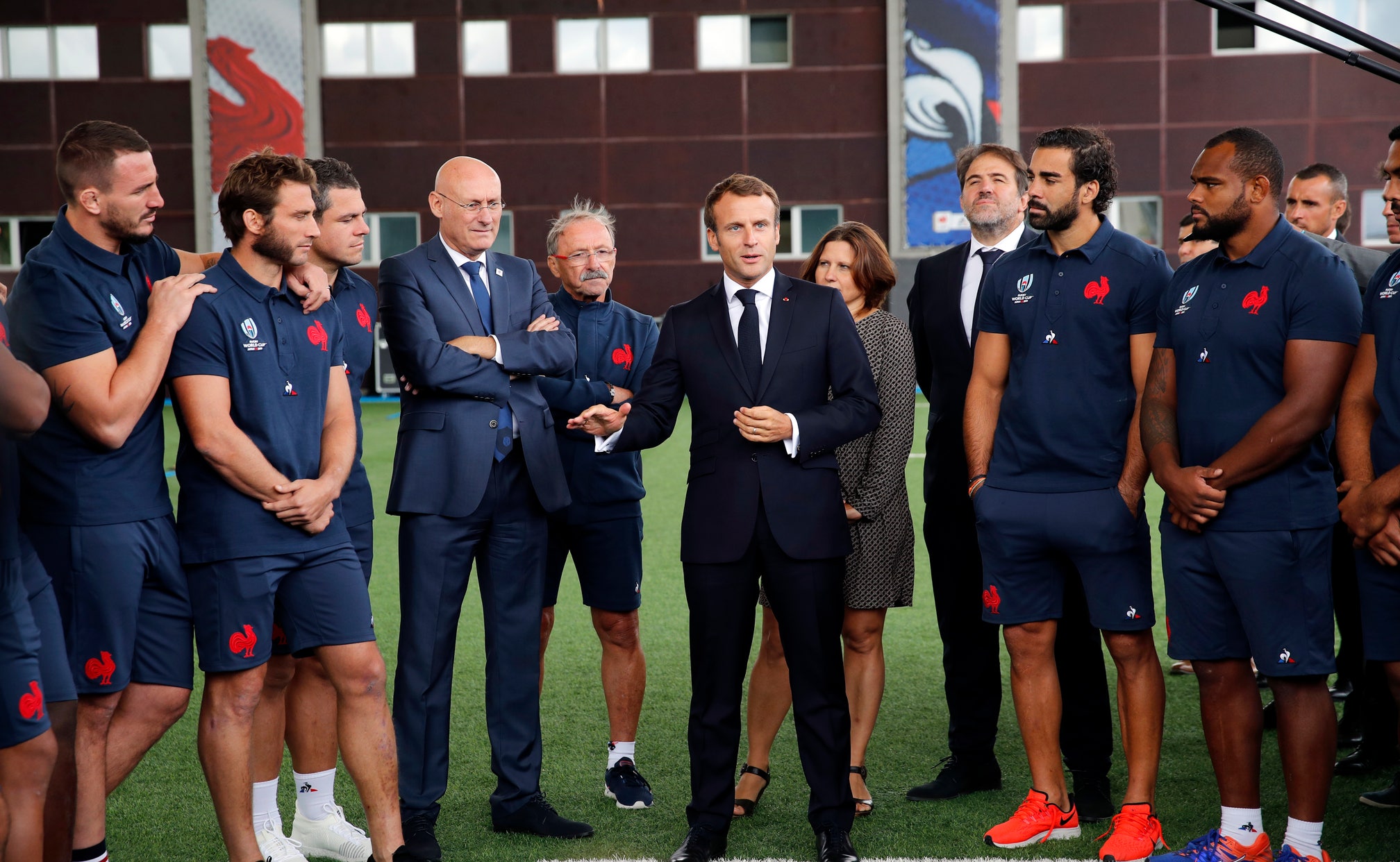 With England, Argentina and France seemingly battling it out for the two qualification spots, Pool C of the Rugby World Cup is only group in the tournament featuring three of the sport's heavyweight teams.

England was the world champion in 2003 and has been one of the best teams during this World Cup cycle under Eddie Jones. Argentina, a two-time semifinalist, is now an established force and has only improved since joining the Rugby Championship in 2012 and having a team — the Jaguares — in Super Rugby. France, a three-time finalist, is typically inconsistent but has talented players throughout the side.

Here's a closer look at Pool C, which also features Tonga and the United States:

Outlook: The run of the Jaguares — a team featuring the bulk of the Argentine national team — to the Super Rugby final for the first time points the growing cohesiveness of the Pumas' class of 2019 and should be a concern for England and France. Sprinkle in the talents of Niolas Sanchez at flyhalf and there is a chance they can go deep at the World Cup. Argentina has finished in last place in seven of eight editions since it joined the Rugby Championship, however, indicating that the team should still be considered an outsider.

Players to watch: Pablo Matera wears the armband and is a hulking presence in Argentina's fearsome back row with plenty of power, great hands and a super offload. Sanchez, one of just three European-based players in the squad, masterminded the Pumas' run to the semifinals in 2015 with his ball-playing skills at 10 and is the country's leading scorer. Juan Manuel Leguizamon, a 36-year-old loose forward, will become the fourth Argentine to play in four Rugby World Cups.

Outlook: Until last year, England looked to be New Zealand's biggest rival heading into the World Cup, but the last 18 months have asked some questions of Eddie Jones and his style of management. Some big-name players have been discarded over the past year — Chris Robshaw, Dylan Hartley and Mike Brown, for example, have fallen by the wayside — but Jones appears to have found some new blood to strengthen the team and warm-up wins over Wales and Ireland were encouraging. The English have the ability and strength in depth to be world champion again, but are they strong enough mentally? Even Jones isn't sure.

Players to watch: England usually struggles when Owen Farrell isn't on his game, so the team's fortunes might hinge on the goal-kicker who will play at center if Jones decides to select George Ford at flyhalf. Lock is a strong suit for the English — they have four top-class options in that position — and the marauding Maro Itoje is the best of the bunch. Billy Vunipola gives England go-forward in the loose and will be a critical member of the pack, provided the injury-plagued No. 8 can stay fit.

Outlook: France's World Cup record is extraordinary — the team has only failed to get beyond the quarterfinals in two of the competition's eight editions — but it will be a struggle for the French to even get out of the group stage this year. Now ranked a lowly No. 8, they haven't finished higher than third in the Six Nations since 2011 and Jacques Brunel will depart after the World Cup after one of the more forgettable coaching tenures. A lack of discipline and an inability to cope under pressure, especially in tight game, are the biggest problems facing the French, who start and finish against Argentina and England, respectively.

Players to watch: Can Romain Ntamack be the answer to France's long-time woes at flyhalf? The son of Emile Ntamack, one of the finest wingers France has produced, the 20-year-old Romain has great composure for a young player and is both a good tackler and kicker while offering a better running game than Camille Lopez. Ntamack can also slot in at center. In a powerful pack, Jefferson Poirot is one of the best looseheads in the world.

Best RWC Performance: Eliminated in the pool stage in all seven appearances.

Outlook: Tonga has never advanced from the pool stage in seven attempts at the World Cup and it looks beyond the team this year. The 'Ikale Tahi' have never beaten Argentina or England, although hopes of defeating France will be raised by two previous wins over the French, including in Wellington at the 2011 World Cup. Under former Australia No. 8 Toutai Kefu, Tonga has beaten Italy away since the last World Cup but a recent 41-7 loss to Japan in Pacific Nations Cup does not bode well for next month.

Players to watch: Fullback Telusa Veainu, a former New Zealand under-20 international, is the star among the back division and was voted the best player in the English league in 2018 following performances for Leicester Tigers. The captain, Nasi Manu, was diagnosed with testicular cancer in October last year and missed the rest of the season for Italian club Benetton Treviso to undertake chemotherapy. He was given the all-clear to start physical activity again in April and Tonga's pool opener against England will mark his return to international rugby.

Best RWC Performance: Eliminated in the pool stage in all seven appearances.

Outlook: The 2019 World Cup might be another learning experience for the Eagles, who have arguably the toughest pool and will be without one of their star players of the past decade following the shock recent international retirement of flanker Samu Manoa. After losing all four pool match in 2015, the U.S. team has a record of three wins in 22 World Cup matches and looks capable of only winning one of its four games in this edition — against Tonga in Osaka on Oct. 13.

Players to watch: Flanker Ben Pinkelman and winger Martin Iosefo were members of the United States' sevens squad that recently qualified for next year's Olympic Games, also taking place in Japan, and are making the step-up to 15s for the World Cup.