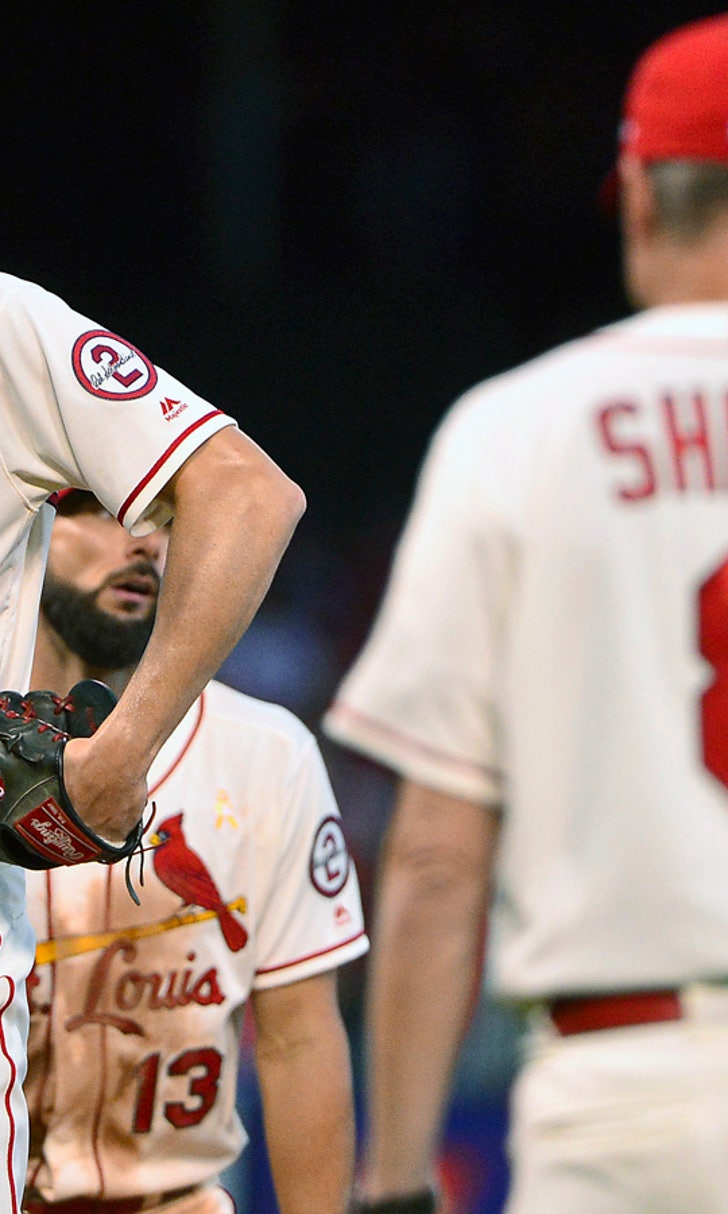 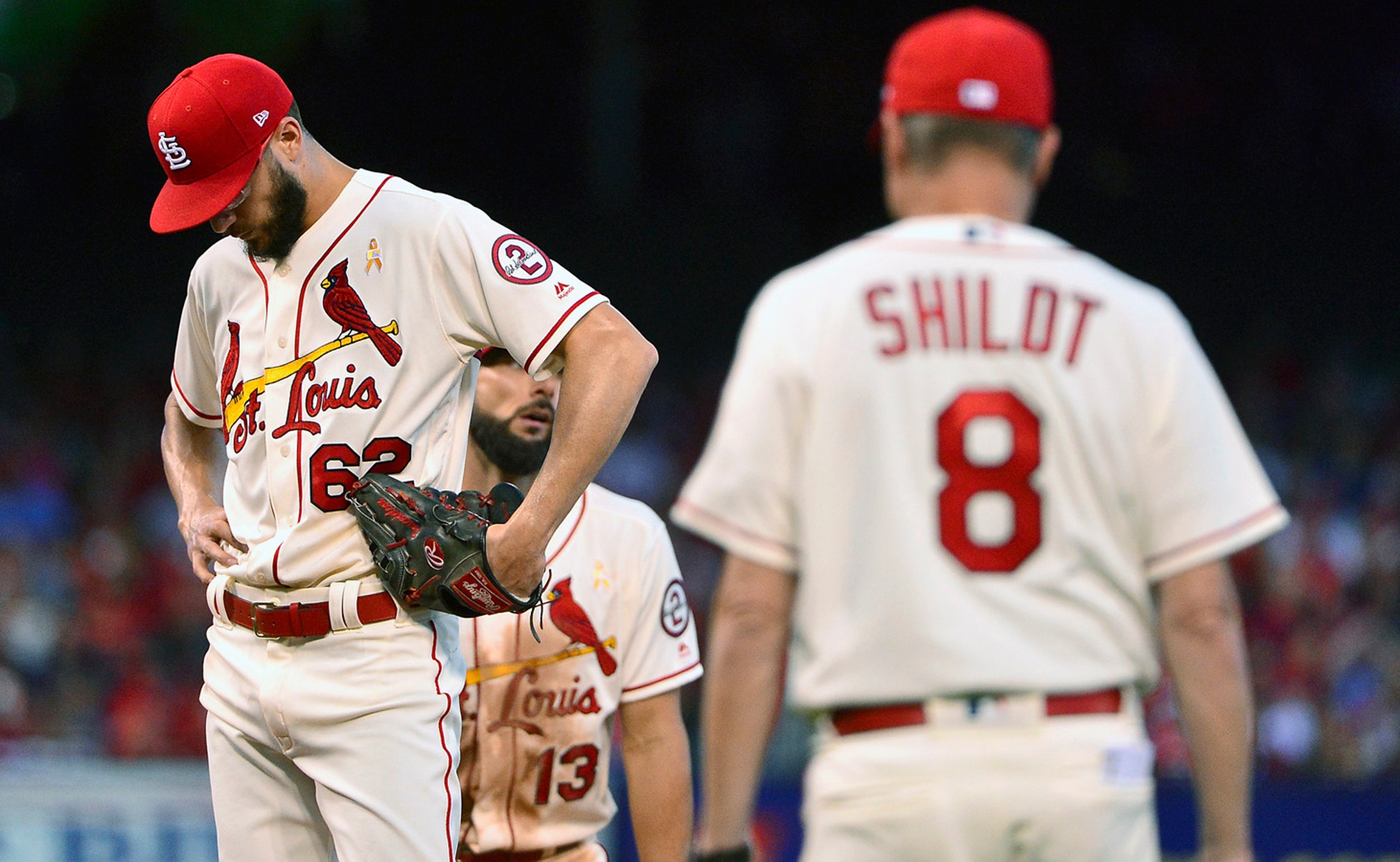 Poncedeleon gets quick hook in Cardinals' 4-0 loss to Reds 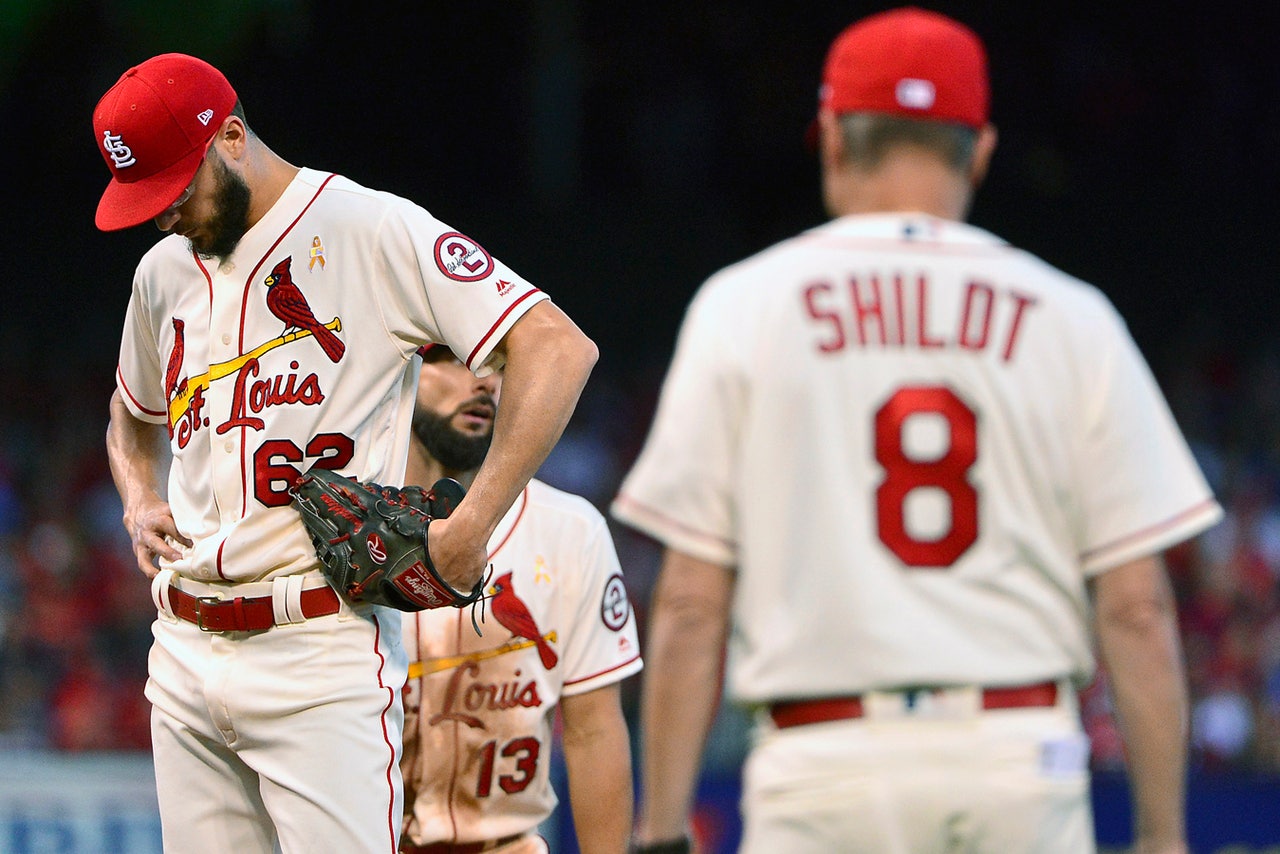 Castillo tossed 6 2/3 shutout innings and combined with two relievers on a two-hitter to lead the Reds to a 4-0 win over the St. Louis Cardinals.

"(He has) video game stuff," Barnhart said. "Tonight was an example of that. He was able to throw all three pitches for strikes. He was able to keep them off balance all night long."

St. Louis, which won a major league-best 22 games in August, lost for the second time in six games.

The Cardinals are 4 1/2 games behind Chicago in the NL Central after the Cubs beat Philadelphia 7-1.

Castillo (8-11) gave up two hits and struck out a career-high 11. He gave up a leadoff single to Matt Carpenter in the first before retiring 15 of the next 16 hitters.

Castillo has had an up-and-down season and has struggled with consistency.

"We feel like he can do this," Cincinnati interim manager Jim Riggleman. "He's not 21, he's 25. It's time. We just hope he builds on that, has a good September, and takes us into 2019 as a guy that can anchor our staff."

Castillo had given up five earned runs in two of his last three starts.

Castillo was making his 27th start of the season and said this might have been his best performance to date.

"I've had a couple good ones, but I felt really, really good in this one," Castillo said. "I faced a really good team that's trying to get into the playoffs. To be able to perform and do what I did tonight was really good for me."

David Hernandez and Raisel Iglesias completed the two-hitter, which was the Reds fifth shutout of the season.

Suarez keyed a three-run outburst against Daniel Poncedeleon (0-1) in the fourth. Joey Votto broke the scoreless tie with a run-scoring double. Scooter Gennett followed with a hit to set the stage for Suarez's drive off the wall in left. Suarez, who has hit safely in 11 successive games against St. Louis, pushed his RBI total to 98,.

Barnhart added a run-scoring single in the seventh.

Poncedeleon, in his third major league start, retired the first 10 batters he faced on 43 pitches. But the next six hitters reached safely ending his night after 3 1-3 innings. Poncedeleon gave up three runs on five hits. He struck out four and walked one.

"I think I lost the arm slot on my fastball," Poncedeleon said. "I was searching out there."

Ross on his preparation as a long reliever: "It could be the first inning if a guy gets injured or anything happens early, or it could be late in a blowout. I just try to stay loose down in the 'pen and ready for any situation." #STLCards pic.twitter.com/SxSz7yGz48

Cardinals: OF Marcell Ozuna was activated from the 10-day disabled list prior to the contest. Ozuna has been bothered by right shoulder inflammation. He is expected to start on Sunday.

RHP Adam Wainwright tossed five shutout innings in a rehab outing with Triple-A Memphis in Nashville on Saturday. He gave up five hits, struck out seven and walked two in a 90-pitch outing. Wainwright has missed 98 games with elbow inflammation.