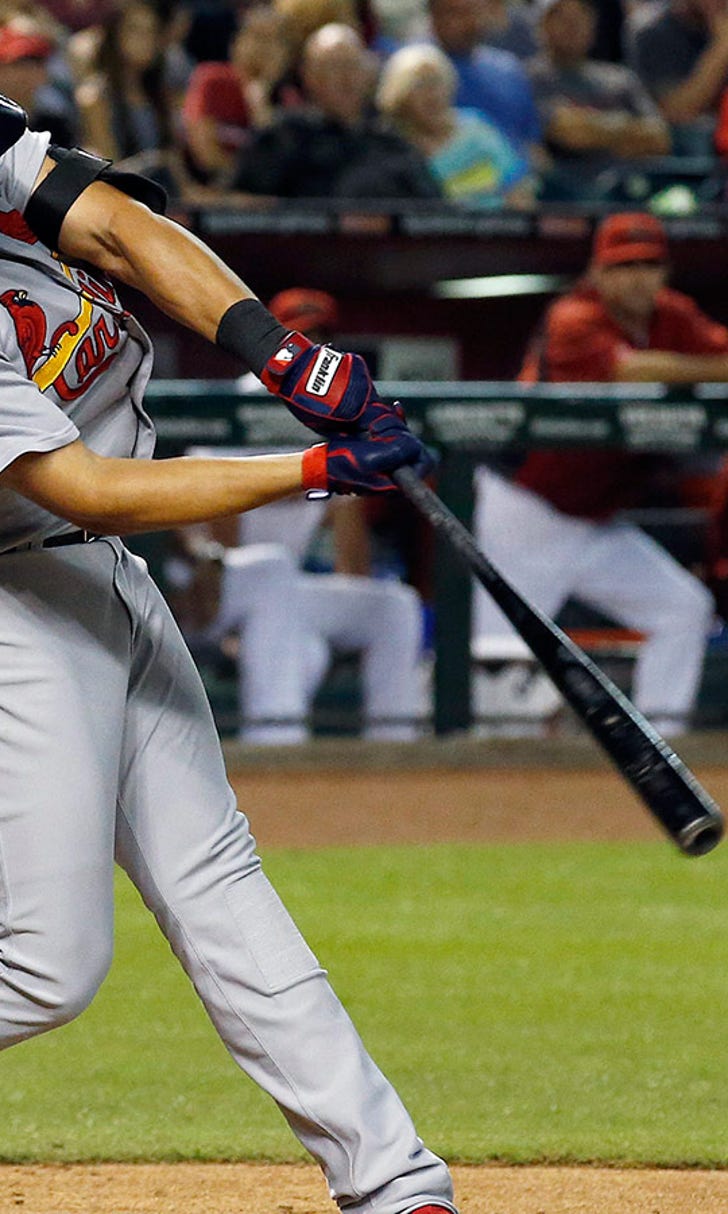 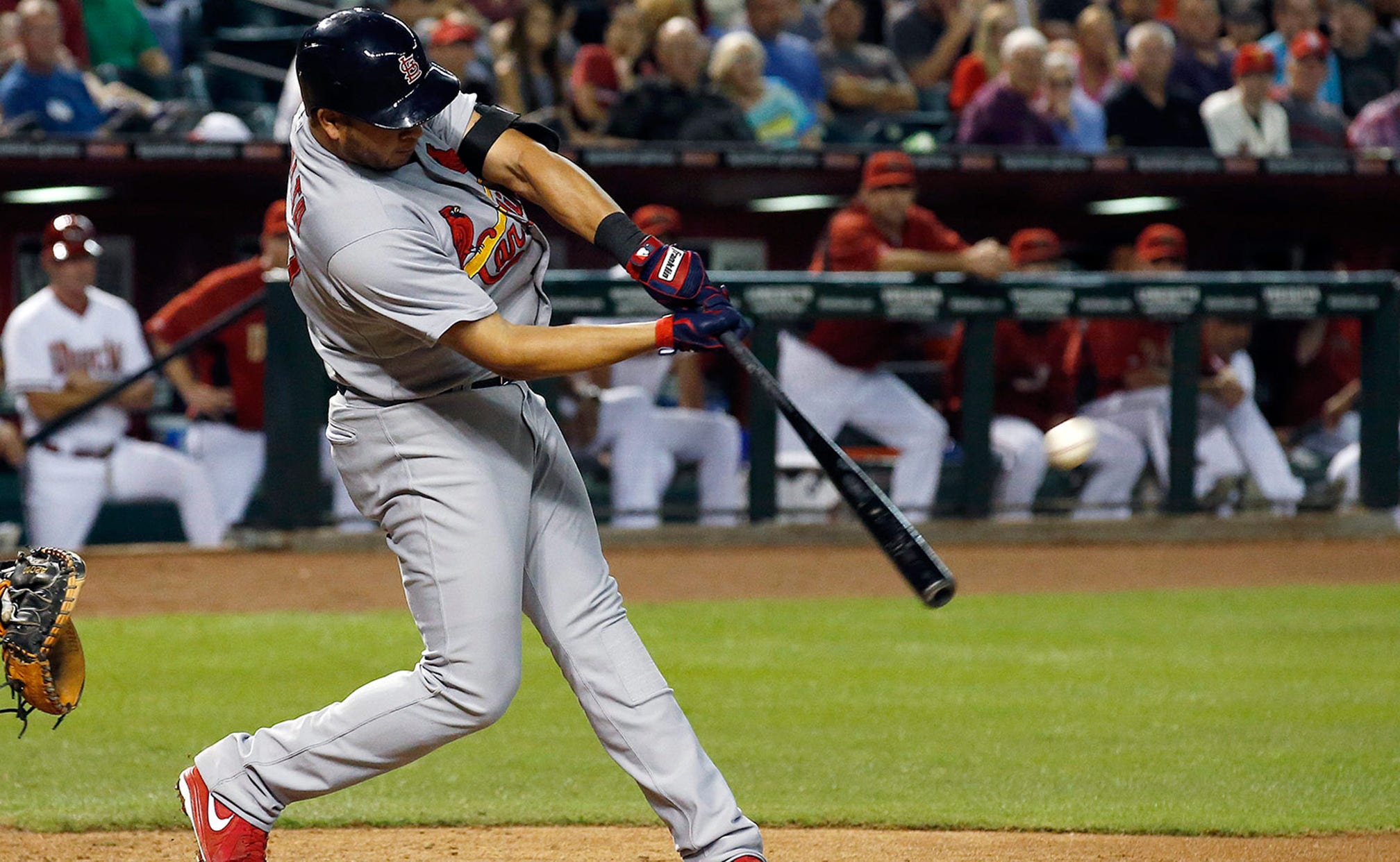 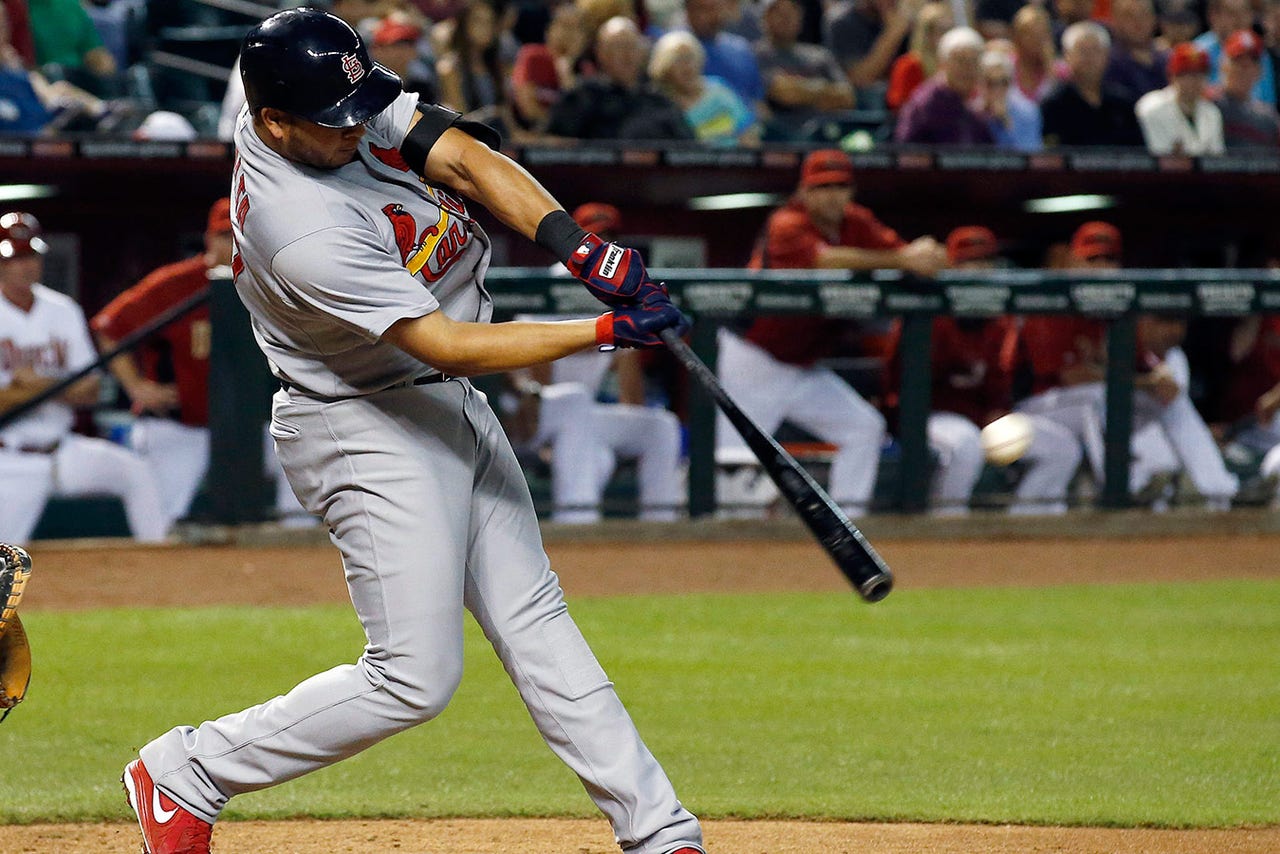 PHOENIX -- Jhonny Peralta drove in three runs, one with the go-ahead single in the 10th inning, and the St. Louis Cardinals survived an Arizona rally to beat the Diamondbacks 7-6 Friday night and stay alone atop the NL Central.

The game came hours after the Diamondbacks announced manager Kirk Gibson had been fired.

Pittsburgh won at Cincinnati 3-1 earlier Friday night, so the Pirates remain a game behind the Cardinals with two to play.

Matt Adams led off the Cardinals 10th with a double to deep right, where outfielder David Peralta appeared to misjudge the ball. Peralta followed with a sharp single to center to score what proved to be the winning run.

Didi Gregorius' third single of the night, with the bases loaded, brought in two runs and Ender Inciarte followed with an RBI single as Arizona tied it with a three-run eighth inning off struggling reliever Pat Neshek.

Evan Marshall (4-4) took the loss. Marco Gonzales (4-2) pitched a scoreless ninth to get the victory.

Trevor Rosenthal pitched a perfect 10th for his 45th save in 51 opportunities.

St. Louis was trailing 2-1 in the sixth inning when Peralta launched a bases-loaded double over the head of A.J. Pollock in deep center, bringing in two runs. Yadier Molina followed with a sacrifice fly and it was 4-2. The Cardinals added two more in the seventh

Michael Wacha got no decision after leaving with a 4-2 lead in the sixth.

Neshek's recent troubles continued. Of the 14 runs he's allowed this season, nine have come in his last 12 appearances.

The Diamondbacks loaded the bases against him with consecutive one-out singles by Miguel Montero, Jake Lamb and Nick Ahmed. Gregorius followed with his blooper to center to bring in two runs and make it a 6-5 game. Inciarte followed with a ground-rule double, his third hit of the night, to tie it.

Cardinals: Wacha pitched 4 2/3 innings in his previous start after skipping an outing for rest and work on his conditioning following his long stay on the DL. He missed 68 games due to a stress reaction in his right shoulder.

Diamondbacks: INF Chris Owings was a late scratch as a precautionary measure due to a sore left shoulder. ... Arizona is finishing the season with five on the DL, four due to Tommy John surgery -- Bronson Arroyo, Patrick Corbin, David Hernandez and Matt Reynolds.

Cardinals: RH Lance Lynn (15-10) makes his team-leading 33rd start of the season with the Cardinals needing a victory to clinch at least a tie for first in the division. Lynn is one shy of 50 career wins.