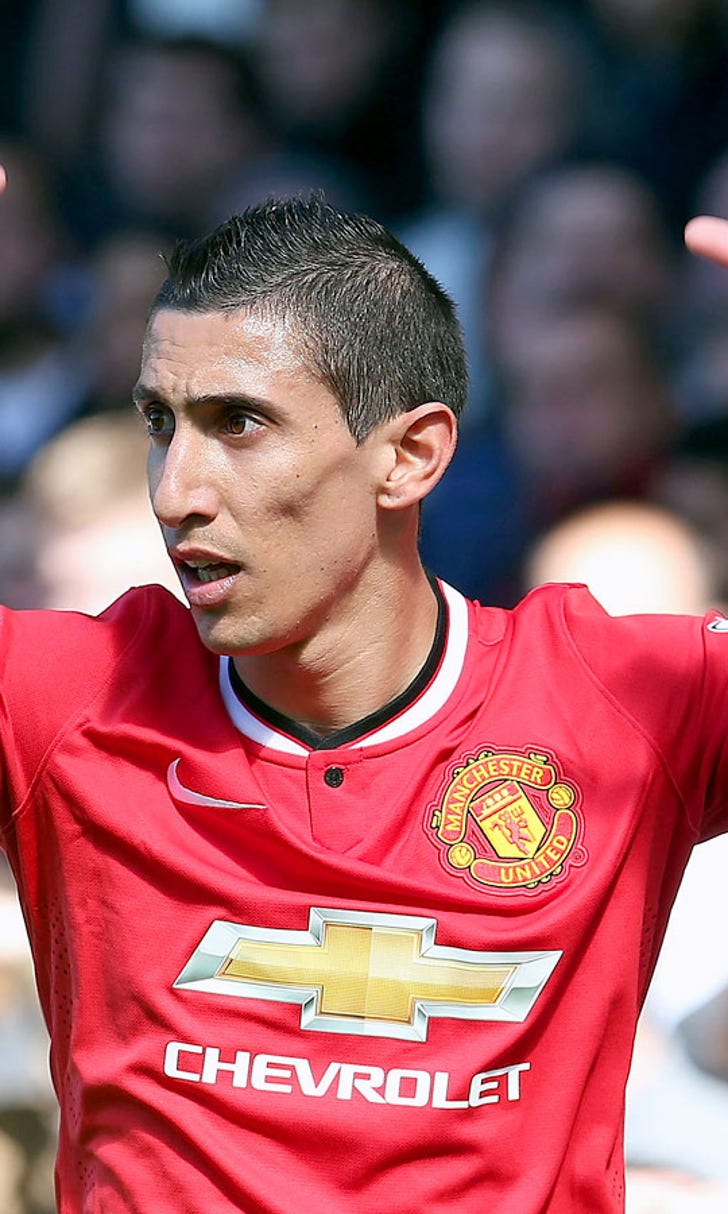 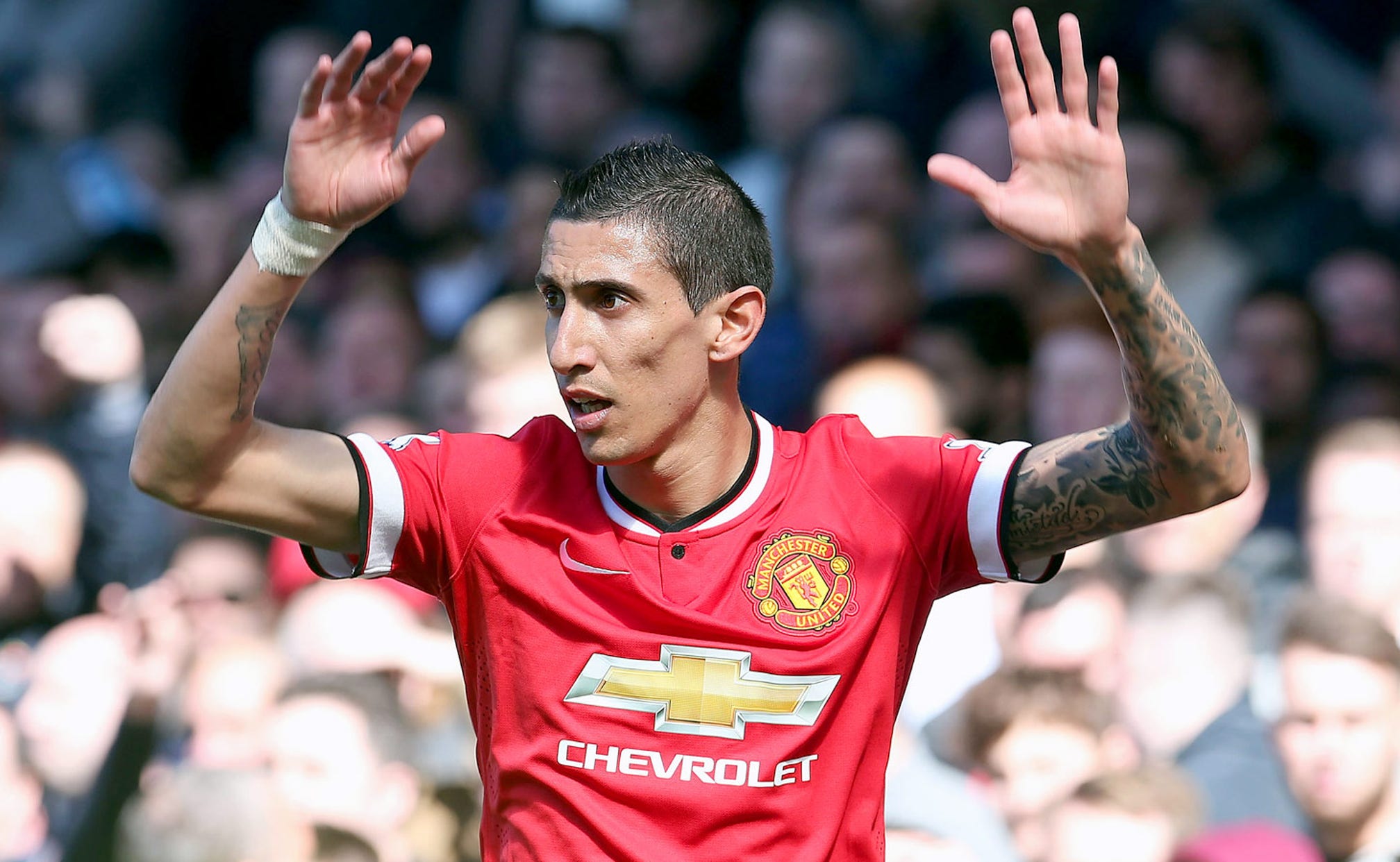 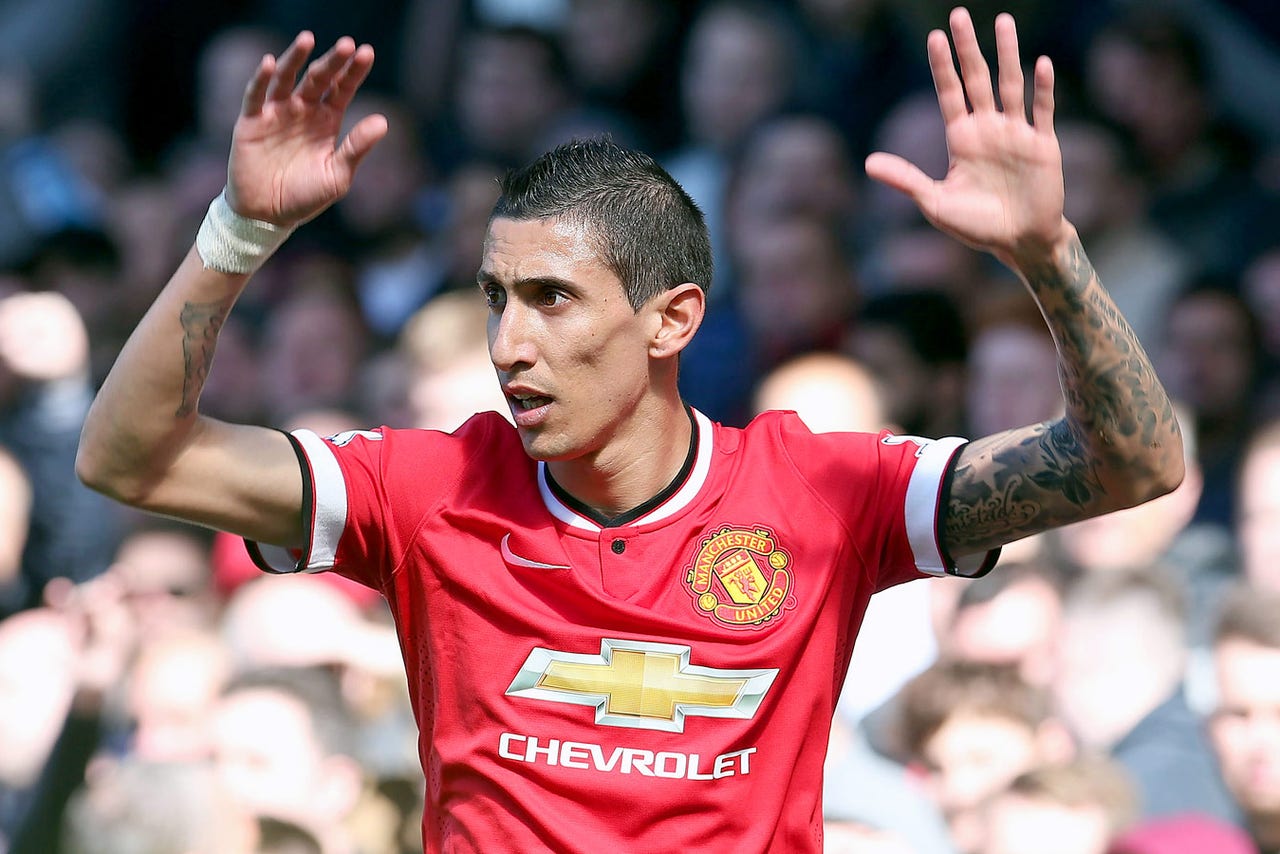 Paris Saint-Germain have made a move for Manchester United misfit Angel Di Maria.

Austria defender Kevin Wimmer has confirmed he is joining Tottenham.

Crystal Palace striker Dwight Gayle is a target for Bournemouth as they look to bolster their attack for the Premier League.

Sunderland want to sign veteran goalkeeper Robert Green and save him from relegation misery at QPR.

Nikica Jelavic will look to leave Hull on loan and move to a Premier League club if the Tigers go down today.

Arsenal are Raheem Sterling's top choice if and when he leaves Liverpool.

Louis van Gaal is backing Ryan Giggs to succeed him as manager of Manchester United - and make a success of the job.

West Ham are weighing up an approach for former Tottenham boss Andre Villas-Boas.

Real Madrid have asked super-agent Jorge Mendes for a meeting this week - and David De Gea will be at the top of the agenda.

Roberto Martinez is confident he is not on a Raheem Sterling-style collision course with the new agent representing Romelu Lukaku.

Chris Ramsey has two weeks to sell his vision of QPR's future to his key players - or see his squad ripped to pieces this summer.

Leicester boss Nigel Pearson is desperate to strengthen his squad this summer - because he doesn't want to go to hell and back again next season.

Paul Clement will become the highest-earning manager in the Championship when he takes over at Derby - after agreeing to take a pay cut.

Chelsea are set to move for Stoke's Asmir Begovic - and that will spark a goalkeeping merry-go-round.

Sunderland savior Dick Advocaat wants to stay for another season at the Stadium of Light.

Manchester United forward Robin van Persie will be offered an Â£18million deal to sign for Qatari side Lekhwiya.

Manchester City, Barcelona and Real Madrid are now in a three-way hunt for Paul Pogba after Paris Saint-Germain pulled out of the running.

Tottenham will listen to offers of around £5million for striker Emmanuel Adebayor.

New York Red Bulls have made an approach to bring Wigan winger James McClean to MLS.

Swansea will listen to offers for defender Dwight Tiendalli this summer.

West Brom have checked out Cesena striker Gregoire Defrel as the Italian club lost its fight to stay in Serie A.

Liverpool have put a Â£60million price on Raheem Sterling's head after the England star insisted he wants to leave Anfield this summer.

Gareth Bale will be staying at Real Madrid next season, according to those close to club president Florentino Perez, meaning yet another Manchester United transfer target has fallen by the wayside. United have responded by stepping up their efforts in the summer transfer market, pursuing Nicolas Otamendi, the Valencia centre-half.

Liverpool contract rebel Raheem Sterling will be sold if any interested club comes up with a £50million offer.

Dick Advocaat flies back to Holland tomorrow to beg his wife to allow him to stay on at Sunderland for 12 more months.

Manchester United have been offered Costa Rica goalkeeper Keylor Navas as a sweetner in a bid to take David de Gea to Real Madrid.

Liverpool are plotting a recruitment drive, spearheaded by the £30m capture of Christian Benteke, that they hope will enable them to make up ground at the top of the Premier League - and help Raheem Sterling to sign a new contract.