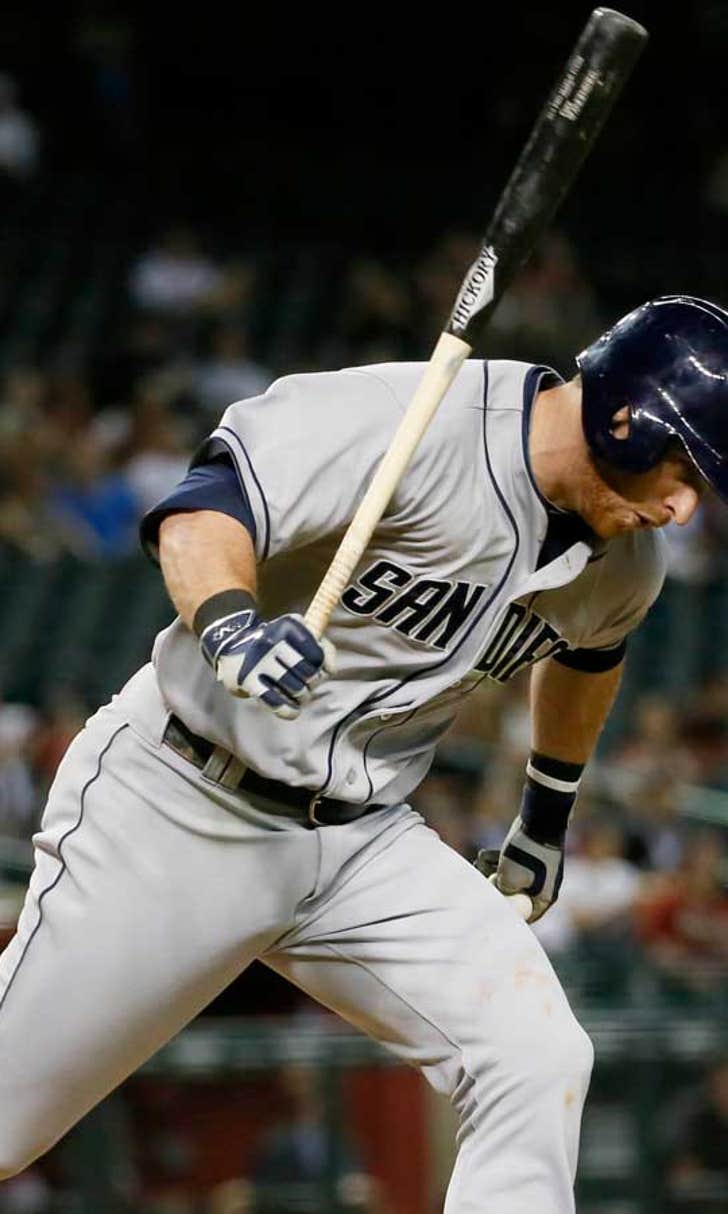 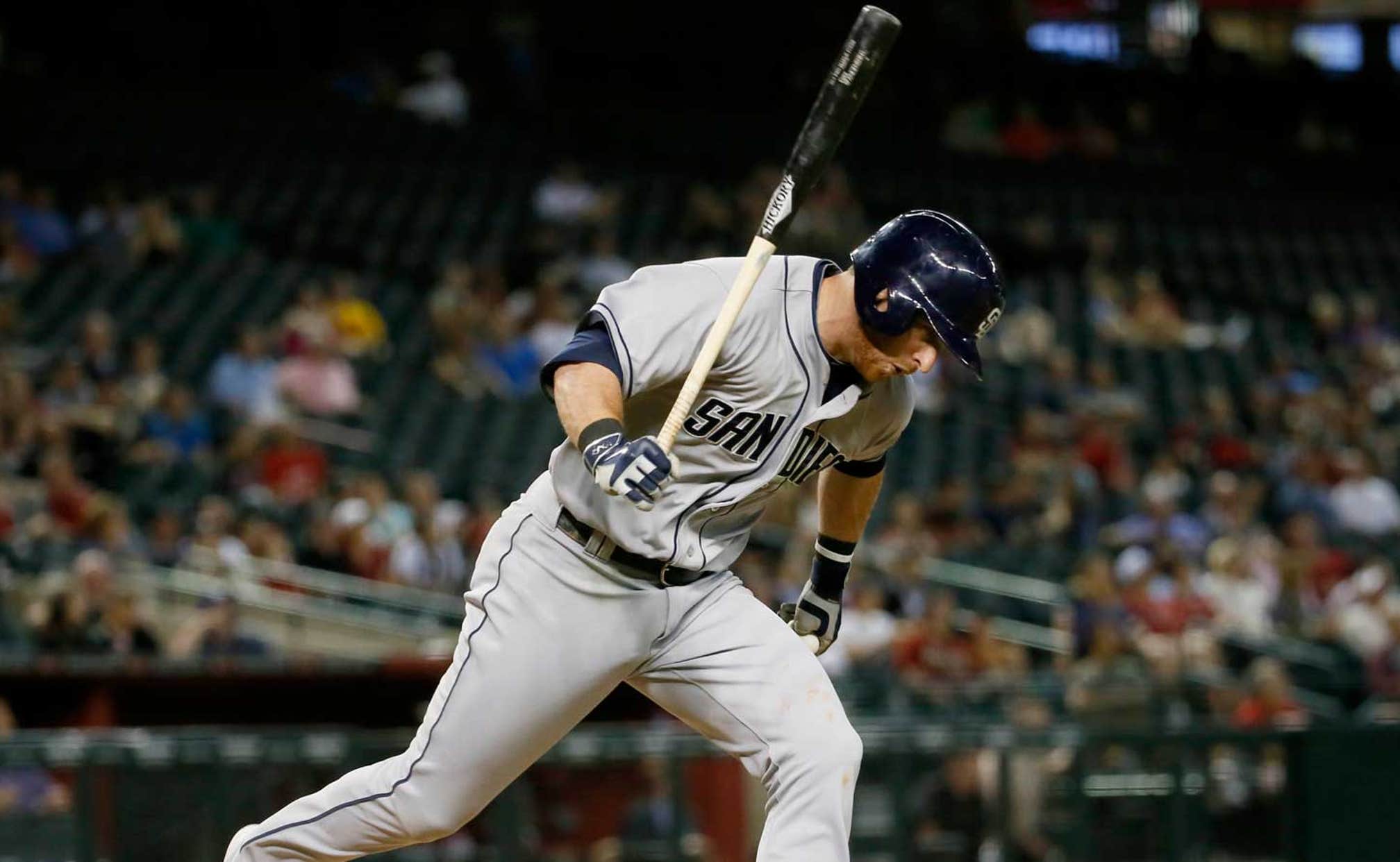 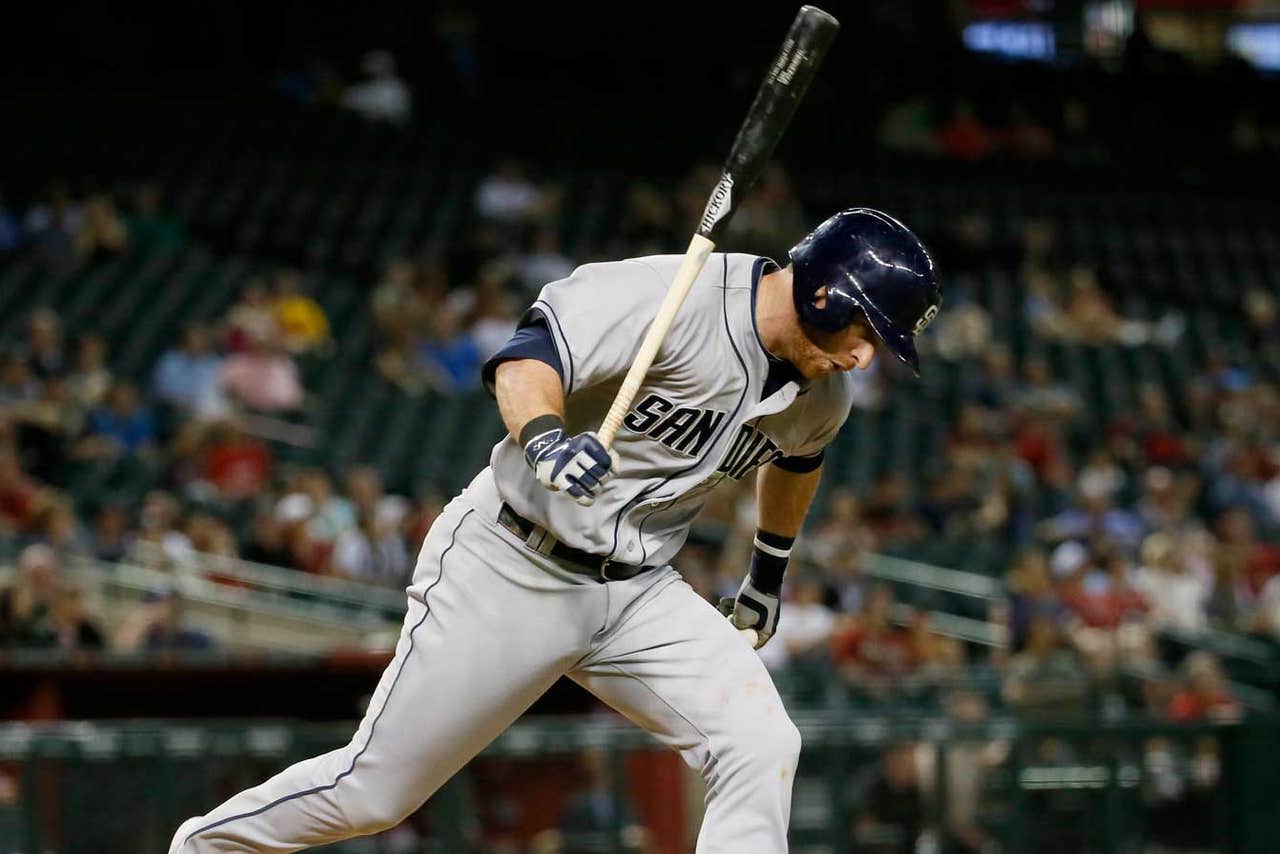 PHOENIX (AP) -- That potent San Diego offense has been absent a lot lately.

The Padres, who entered the game leading the National League in runs scored, were shut out for the third time in four games, 11-0 by the Arizona Diamondbacks on Thursday night in the opener of a four-game series.

"A little Jekyll and Hyde," Padres manager Bud Black. "This is the same team that scored nine runs and banged out 16 or 17 hits yesterday. Same team."

To make matters worse, first baseman Yonder Alonso hurt his right shoulder diving for a ground ball in the eighth inning, when the game was far out of reach. Black said he won't know about the severity of the injury until Friday.

With the Diamondbacks on a hitting binge, the Padres spent a lot of time in the field.

"When guys are standing on the field and they are putting up crooked numbers every inning and a lot of time standing on your feet," the Padres' Derek Norris said, "it is tough to lock in and put up numbers offensively."

Odrisamer Despaigne (2-1), who had dominated the Diamondbacks earlier this season, allowed eight runs and 10 hits in five innings for the Padres.

"He couldn't really get any rhythm, couldn't get any consistency with his pitches," Black said, "and the end result was what it was."

Arizona swept a doubleheader at Colorado on Wednesday and has scored 29 runs in its last three games.

The Diamondbacks had eight doubles, tying the franchise record.

In two of the last three games, manager Chip Hale made the unorthodox move of putting the power-hitting Trumbo in the No. 2 spot. He said some players asked jokingly if he'd been drinking when he made that lineup. The Diamondbacks scored 13 and 11 runs in those two contests.

"It probably has very little or nothing to do with it," Trumbo said of his move up the order.

The Diamondbacks jumped on Despaigne for four runs in the first. Trumbo homered with one out. David Peralta singled and scored on a passed ball, Chris Owings singled in a run and Gosewich, who has six hits in the last two games, doubled in another.

Despaigne got the start in place of Brandon Morrow, who went on the 15-day disabled list on Tuesday with right shoulder inflammation. Despaigne had won both of his previous starts this year, one of them against Arizona. In San Diego on April 14, he limited the Diamondbacks to one run and two hits through seven innings in a 5-1 victory.

San Diego didn't get a hit after Yangervis Solarte's one-out double in the fourth.

Diamondbacks: RHP Archie Bradley, sidelined since being hit in the face by a line drive on April 28, is scheduled to return and start at Philadelphia on May 16. ... Patrick Corbin, coming back from Tommy John surgery, is to pitch an extended spring training game on Monday, then will be sent to the minors. He is expected to join the big league club in early May.

Padres: RHP James Shields (3-0, 3.72 ERA) goes for his fourth consecutive victory, taking the mound in Game 2 of the four-game series in the desert. Shields is among the NL leaders in strikeouts with 48. He was the winning pitcher Sunday at Colorado, despite allowing five runs and nine hits in 5 1-3 innings.

Diamondbacks: RHP Jeremy Hellickson (1-3, 5.20), off to a rough start in his stint in Arizona, makes his second start of the season against the Padres. He took the loss in Arizona's 5-1 defeat at San Diego on April 14. Hellickson also was the losing pitcher in his last outing, 6-4 against the Dodgers in Los Angeles.