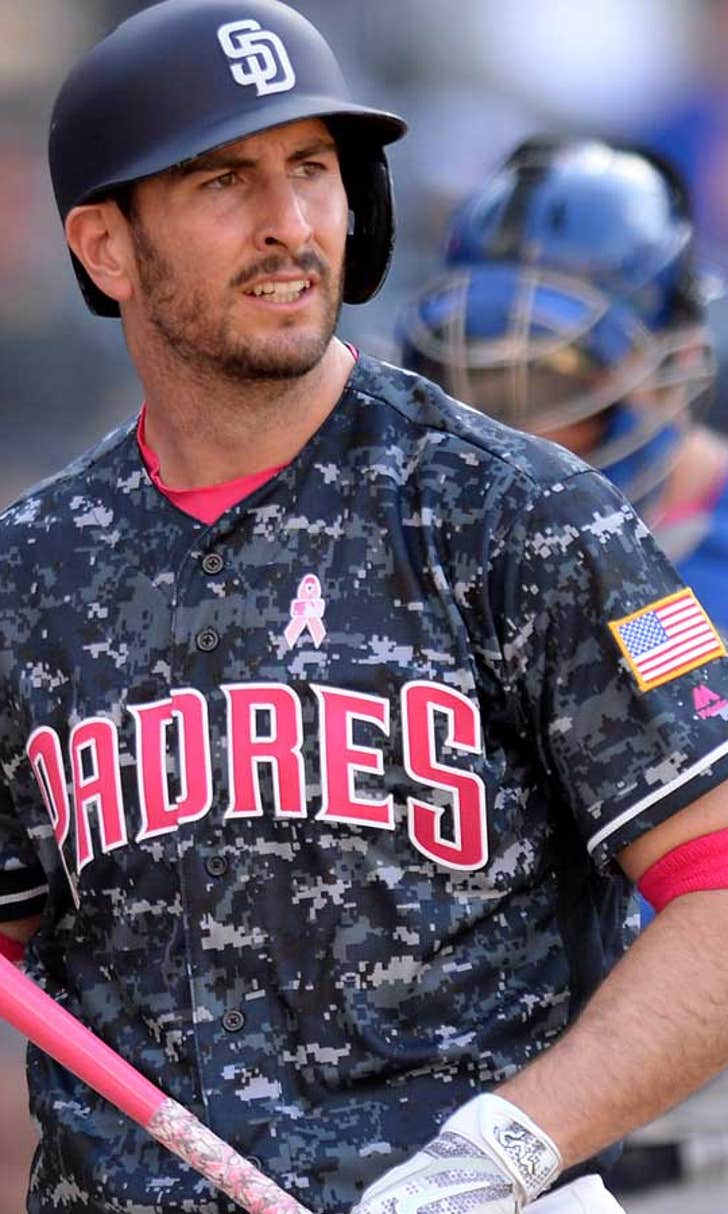 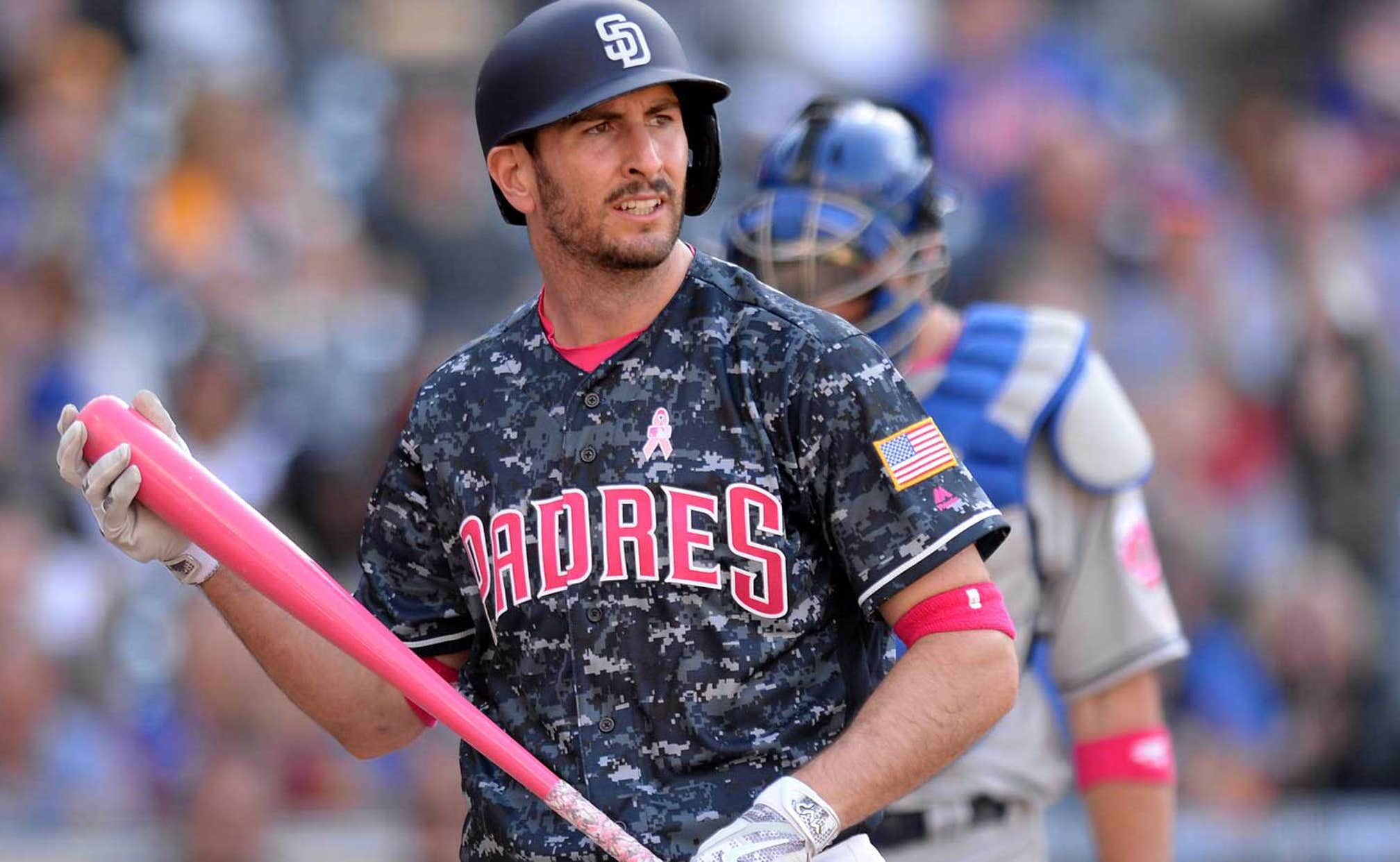 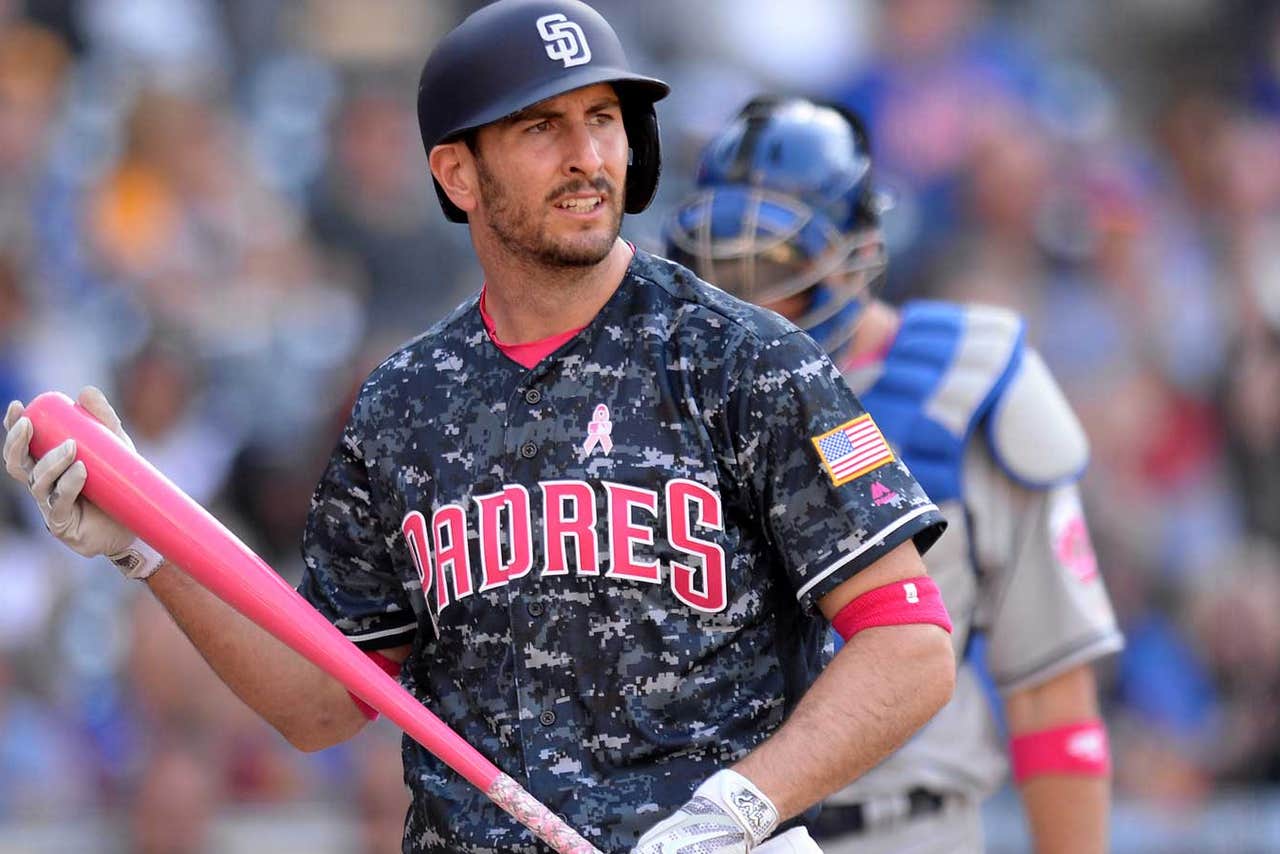 SAN DIEGO (AP) -- Trailing by one run in the eighth inning, the San Diego Padres had a huge opportunity to jump on the New York Mets and take a series victory against the defending NL champions.

The Padres loaded the bases with no outs, only to get shut down by Antonio Bastardo en route to a 4-3 loss Sunday.

Matt Harvey struck a season-high 10 in six innings and Yoenis Cespedes homered again as the Mets salvaged a split of the four-game series.

"It would have been nice to win a series against the reigning National League champions. Splitting is not bad when you look at the rotation they brought in against us, but shoot, I'm always hungry for more."

The Mets won the final two games of the set after being held to three runs and seven hits in losing the first two.

With Washington losing 4-3 in 13 innings at Chicago, the Mets moved into sole possession of first place in the NL East for the first time this season. They trailed the Nationals by five games in mid-April.

Jon Jay led off the San Diego eighth with a single against Jerry Blevins before former San Diego State pitcher Addison Reed came on and allowed singles to Wil Myers and Matt Kemp. Bastardo ended the threat by striking out pinch-hitter Derek Norris, getting Melvin Upton Jr. to pop up to first and striking out Alexei Ramirez.

Jay might have been able to score on Kemp's single but was held up by third base coach Glenn Hoffman.

"We had three chances to drive in the guys with the bases loaded and nobody out. That's on us as a team collectively to pick that run up, to pick multiple runs up," Green said.

Upton banged his helmet against a wall twice when he returned to the dugout.

Harvey (3-4) allowed two runs and four hits. It was the 11th time he reached double-digit strikeouts.

Harvey also had two hits, including a double off the center-field wall in the sixth, and scored a run. Asdrubal Cabrera had two RBI singles.

Jeurys Familia pitched the ninth for his ninth for his 10th save in 10 chances. Eric Campbell made a diving stop on Jose Pirela's grounder to third, and then threw to first for the final out.

Cespedes homered for the third time in the series, lining a solo shot off Andrew Cashner (2-3) into the left-field seats leading off the third. It was his 11th on the year.

Cashner was thrown out trying to score from first on Jay's double to right to end the fifth. The Padres challenged but the call was confirmed.

Cashner came out with cramping in his right hamstring after working a 2-2 count against Campbell leading off the sixth. Green said Cashner is OK.

"How many times do pitchers go from first to home as hard as they absolutely can?" Green said. "He expended himself through five innings. After that run both of his hamstrings were locking up on him."

Harvey doubled with one out in the sixth, advanced on Curtis Granderson's groundout and scored on Cabrera's single to make it 4-2.

San Diego pulled to 4-3 in the seventh when Christian Bethancourt doubled, advanced on a fly ball and scored on a balk by Jim Henderson, who appeared to slip. Bethancourt also hit a two-run homer in the fifth.

Padres: 2B Jemile Weeks was placed on the 15-day disabled list after he strained his right hamstring trying to beat out a bunt Saturday night. Pirela was promoted from Triple-A El Paso.

Mets: LHP Steven Matz (4-1, 2.83 ERA) is scheduled to start the opener of a four-game series at the Los Angeles Dodgers on Monday night. The Dodgers will counter with LHIP Scott Kazmir (2-2, 5.68 ERA).