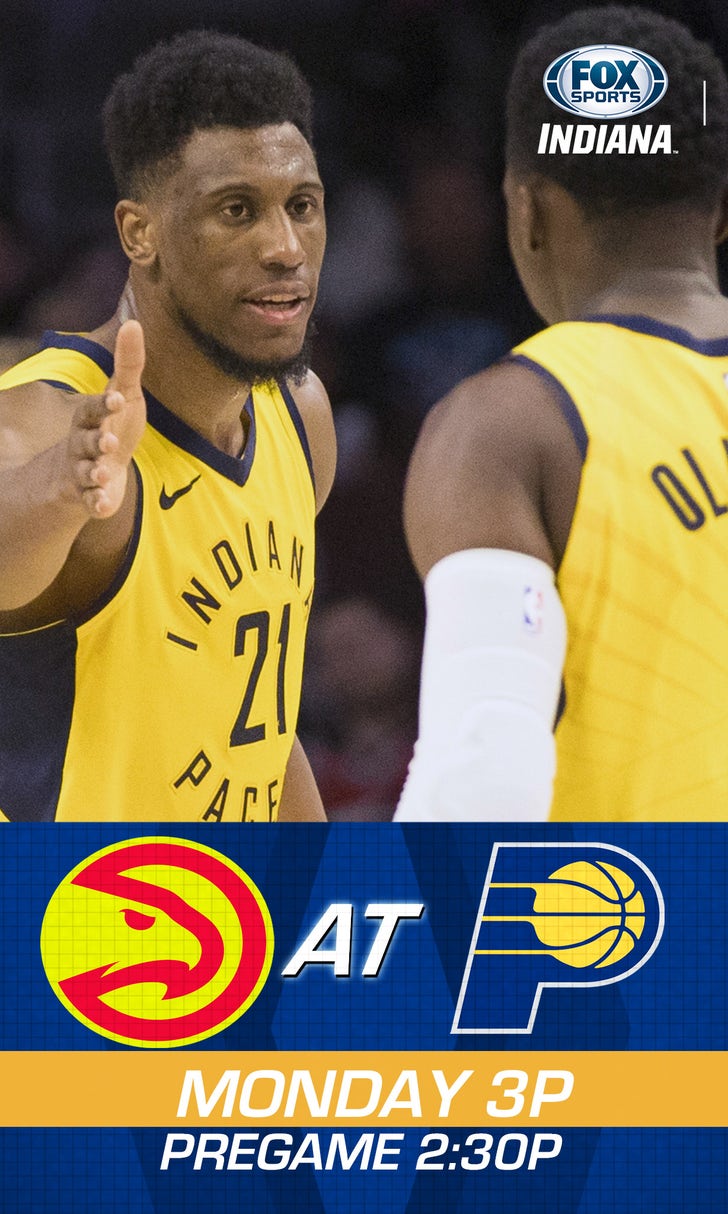 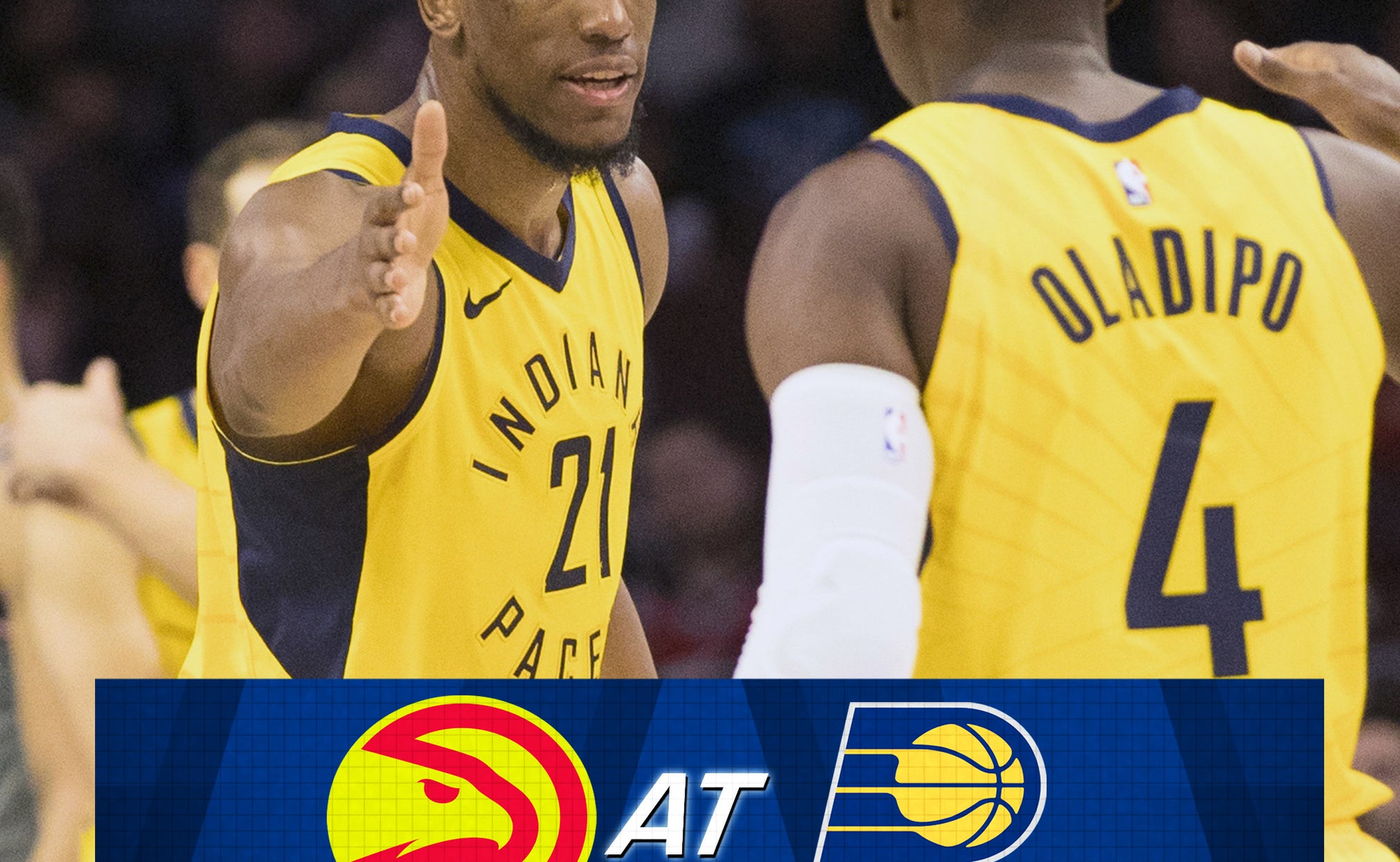 Pacers hoping to finish 2018 on a five-game winning streak 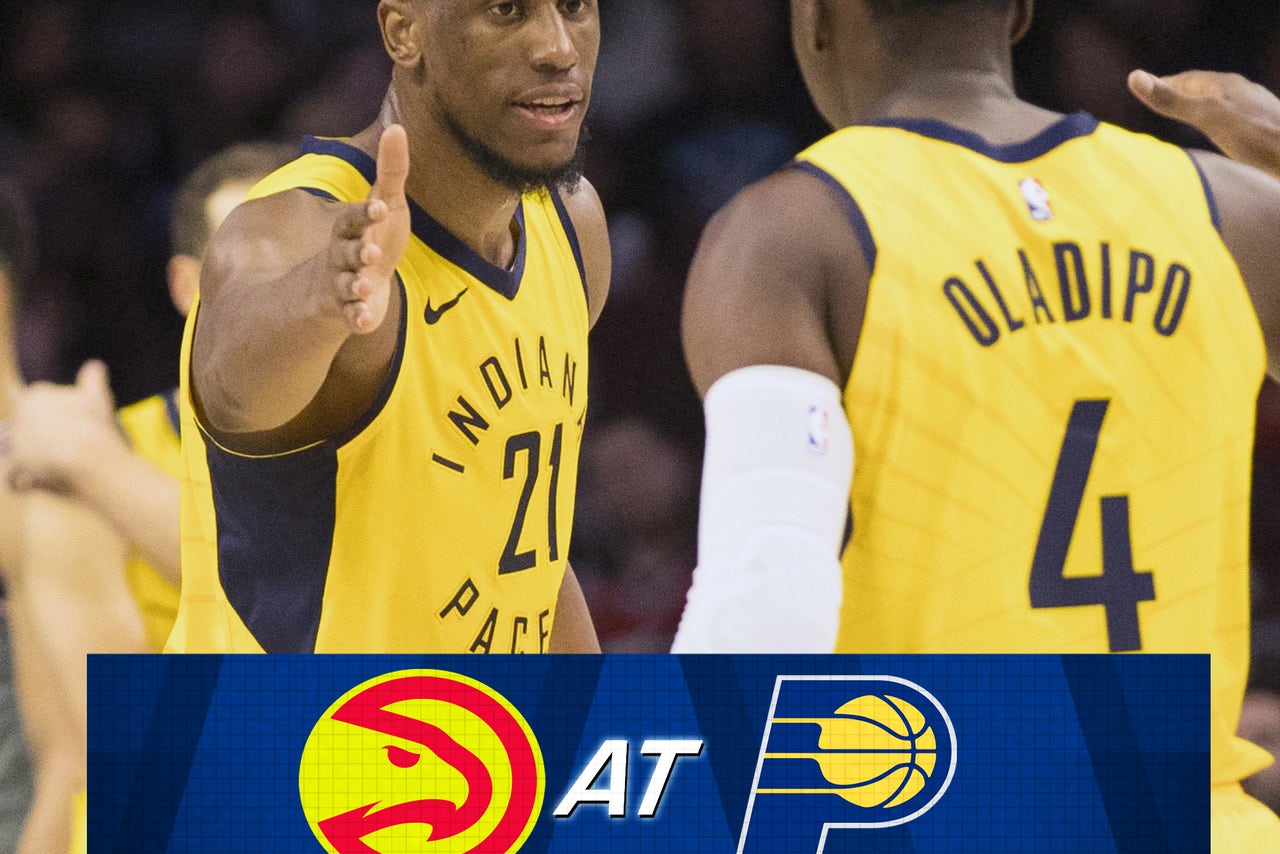 INDIANAPOLIS -- The fact that the Indiana Pacers are one of the hottest teams in the Eastern Conference right now is not necessarily surprising given their play all season.

The fact that the Pacers' New Year Eve's opponent is one of the other hottest is, though. Entering Monday's game, Atlanta (11-24) has won five of its last six games.

The Hawks' lone defeat in those six games was a 129-121 loss to visiting Indiana Wednesday.

"So many guys are contributing and doing great things," Atlanta's Vince Carter said.

At 41 years and 337 days old, Carter became the oldest player to lead or tie for the lead on a team in scoring with 21 points in Saturday's 111-108 victory over Cleveland. Carter shared the team scoring lead with Trae Young.

"I have no idea how he does it and what's going on, but he is amazing," Hawks coach Lloyd Pierce said. "He's half-man, half-amazing. We needed everything he had. The dunk on the baseline, the four threes, a big rebound. That's kind of what you expect every veteran to do."

Carter is averaging 7.7 points per game.

"I'm not the youngest guy, but I want to play the hardest," Carter said. "Hopefully, playing that way is contagious for our team."

One negative for the Hawks from the victory over Cleveland is that they will be without guard Kent Bazemore for a while. Bazemore left Saturday's game in the third quarter with a right ankle injury. A MRI performed Sunday revealed a sprain. Bazemore is expected to miss at least two weeks.

Indiana has had seven or more players score in double figures in nine different games this season, including the past three games.

Friday night, the Pacers had seven in double figures in a 37-point victory over Detroit despite season scoring leader Victor Oladipo scoring just seven points on a 2-of-9 shooting performance, well below his 19.5 average.

"None of this is even possible without our best player, Vic," point guard Darren Collison said. "None of this is even possible. We don't play the way we play at the level we're playing at if it's not for Vic. It's not just his game, it's his demeanor, his attitude. You see other players and they're sulking if they're not scoring, or they're not happy. Vic doesn't care. He allows us to be ourselves."

Oladipo knows he is drawing more attention as the Pacers' top scorer.

"With great power comes great responsibility," he said. "I brought that on myself with the year I had, the beginning I had, so I have to adjust. At the end of the day I'm just going to do what's needed to help our team win. I just have to find other ways to score and be effective. I'm going to make the right play, whatever play's there. Just keep getting better. My flow and my rhythm will come back."

Collison said the Pacers' true success comes from more than scoring and rebounds.

"If you look at the box score with this team, you're not watching," Collison said. "What makes the team special is that we do things that don't show up in the box score."

Atlanta guard/forward Justin Anderson is listed as probable for Monday's game with flu-like symptoms. Also for Hawks, center Dewayne Dedmon is doubtful with left knee soreness and forward Taurean Prince is out with a left ankle sprain.