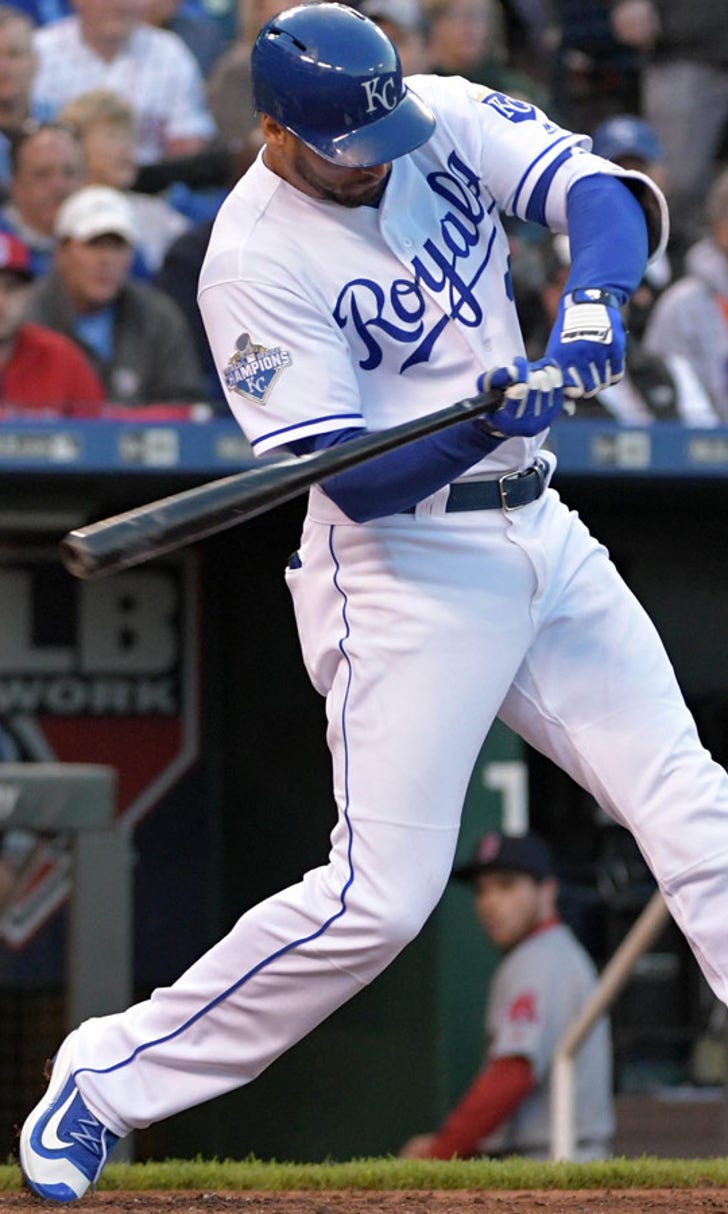 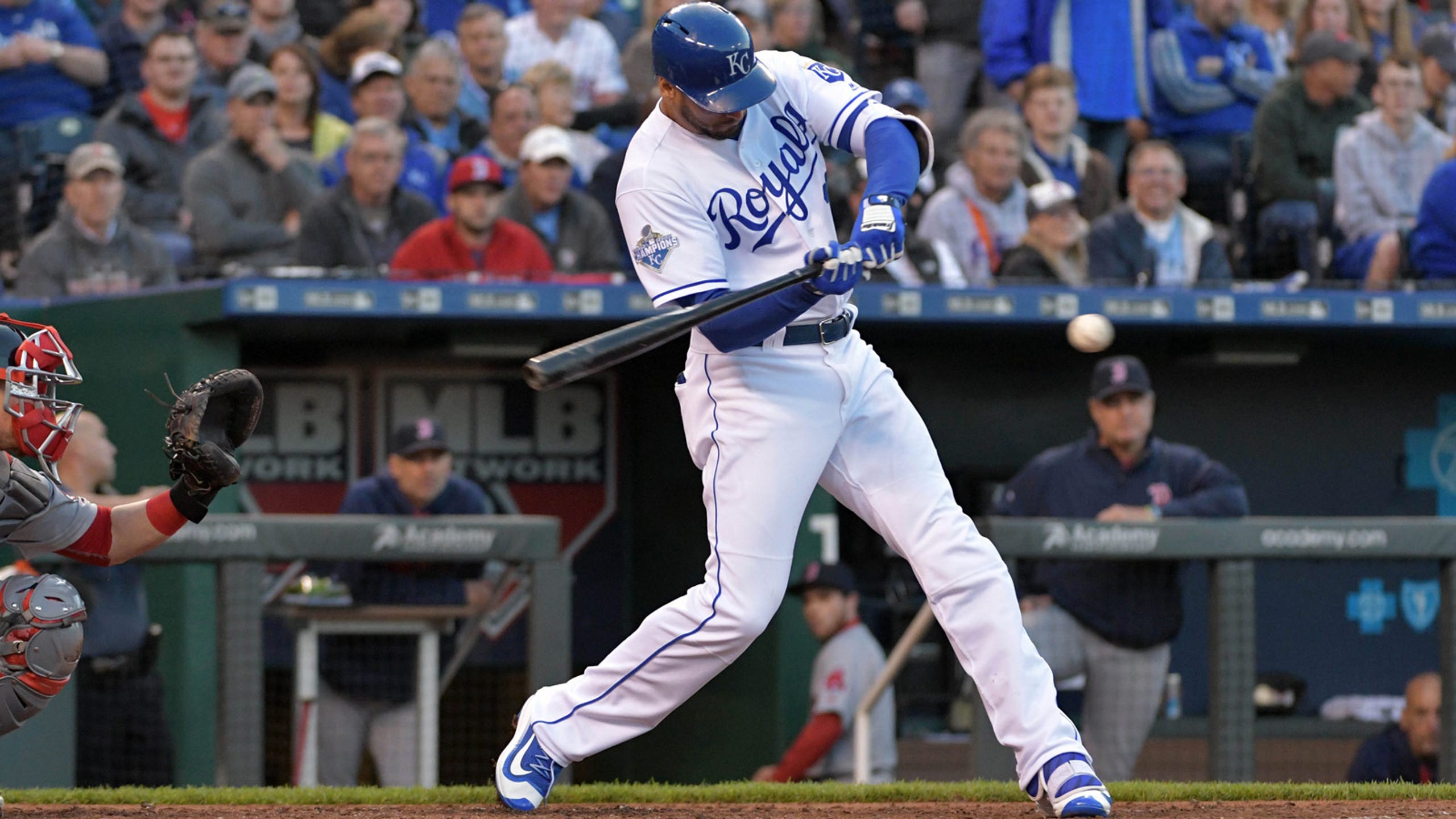 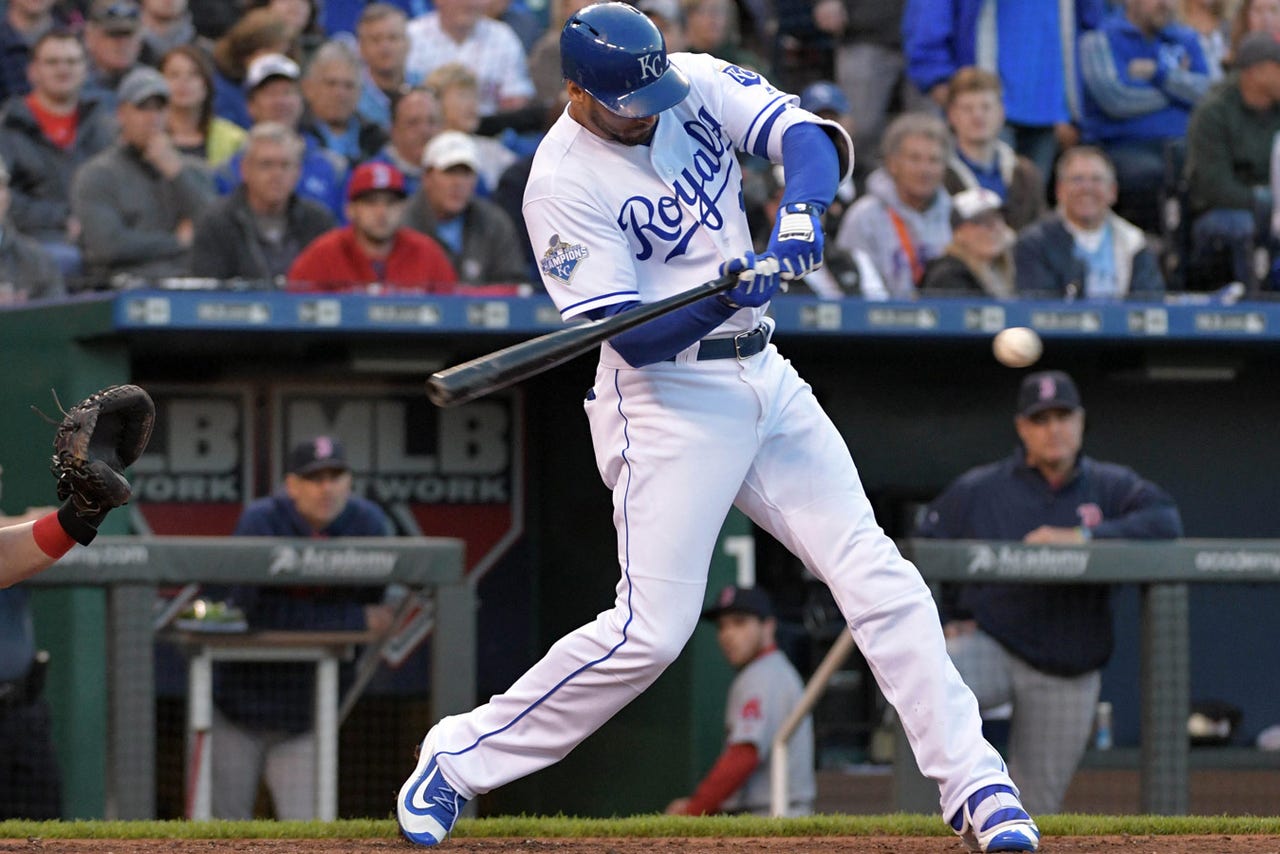 KANSAS CITY, Mo. -- The Royals' plan in spring training was for Paulo Orlando and Jarrod Dyson to platoon in right field.

Orlando is making quite the case to play every day.

The speedy Brazilian hit a two-run homer, a two-run single and a stand-up triple to pace the Royals' resurgent offense Tuesday night, and Kansas City went on to beat the hot-hitting Boston Red Sox 8-4 in the opener of their three-game series.

"I'm very happy to be here. Whatever they need, defense or baserunning, I just come to the field to help," said Orlando, who started his fourth straight game. "They know what I can do to help the team."

Omar Infante and Alcides Escobar also drove in runs for Kansas City. Yordano Ventura (4-2) gave up four runs and seven hits over 5 2/3 innings before exiting with a one-run lead.

Orlando's homer highlighted a three-run eighth that gave the Royals some breathing room.

"You try to find a hot hitter and you kind of ride it out," Kansas City manager Ned Yost said. "We just right now need the offense. The offense from the bottom of the order tonight was fantastic."

Travis Shaw hit a three-run homer to provide most of the Red Sox offense.

"I definitely made some mistakes and obviously they capitalized on them," Porcello said. "They did a good job of taking advantage of pitches that were up and over the middle of the plate. I was just really inconsistent locating my fastball down in the zone and some of the off-speed pitches I threw were not as effective as I would have liked."

Boston actually struck first when Jackie Bradley Jr. extended his hitting streak to 22 games with an RBI double in the second, but Kansas City quickly answered in the third. Escobar drove in Orlando shortly before Eric Hosmer belted a two-out pitch over the center-field wall for a 2-1 lead.

Things unraveled for Porcello in the fourth when he gave up three runs on four consecutive one-out singles, matching the second-most runs he'd allowed in a start all season. And while Porcello got through that inning and the fifth, he failed to retire a batter before getting yanked in the sixth.

It was the first time in 16 starts Porcello did not last six innings.

Boston tried to bail out Porcello in the top of the sixth when Shaw swatted a three-run homer, giving the Red Sox a home run in 17 consecutive games. The franchise record is 19 set in July 1996.

The comeback was squelched by Kansas City's resolute bullpen.

Luke Hochevar got the final out of the sixth and worked a perfect seventh. Salvador Perez threw out Xander Bogaerts trying to steal second to wipe out the potential tying run in the eighth.

"He's got a tremendously strong arm," Yost said, "and he's as accurate as I've ever seen."

Red Sox manager John Farrell was ejected in the seventh for arguing with plate umpire Bill Miller over the strike zone. It was the second time Farrell has been tossed this season.

Red Sox: RHP Joe Kelly (right shoulder impingement) came out of his rehab start at Triple-A Pawtucket in good shape and could start for Boston on Saturday against Cleveland. ... LHP Eduardo Rodriguez will be scratched from a planned rehab start Thursday for Pawtucket with more pain in his right knee. "This isn't something we feel we're back to ground zero," Farrell said.

Royals: 3B Mike Moustakas (broken left thumb) will begin a rehab assignment at Double-A Northwest Arkansas on Wednesday. He could rejoin the Royals against the White Sox this weekend in Chicago.

Boston's Steven Wright and the Royals' Ian Kennedy will start the opener of Wednesday's doubleheader, which will include the makeup of Monday night's rainout. David Price will start the nightcap for the Red Sox against Kansas City right-hander Edinson Volquez.