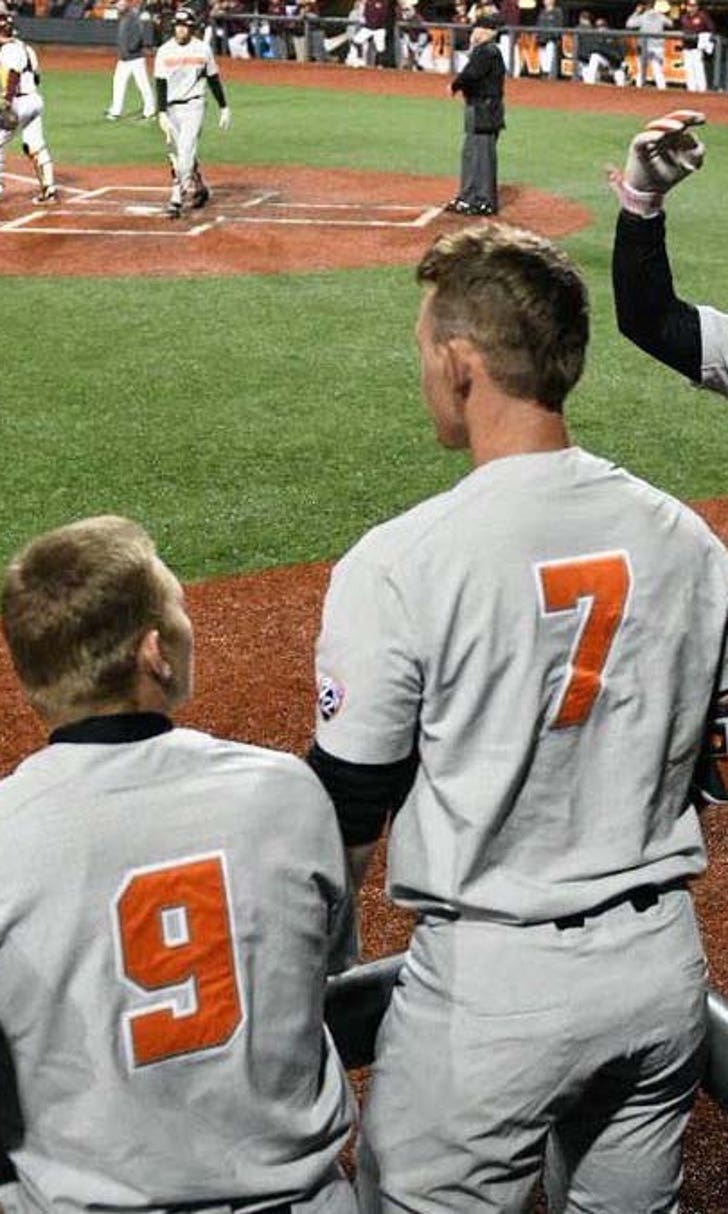 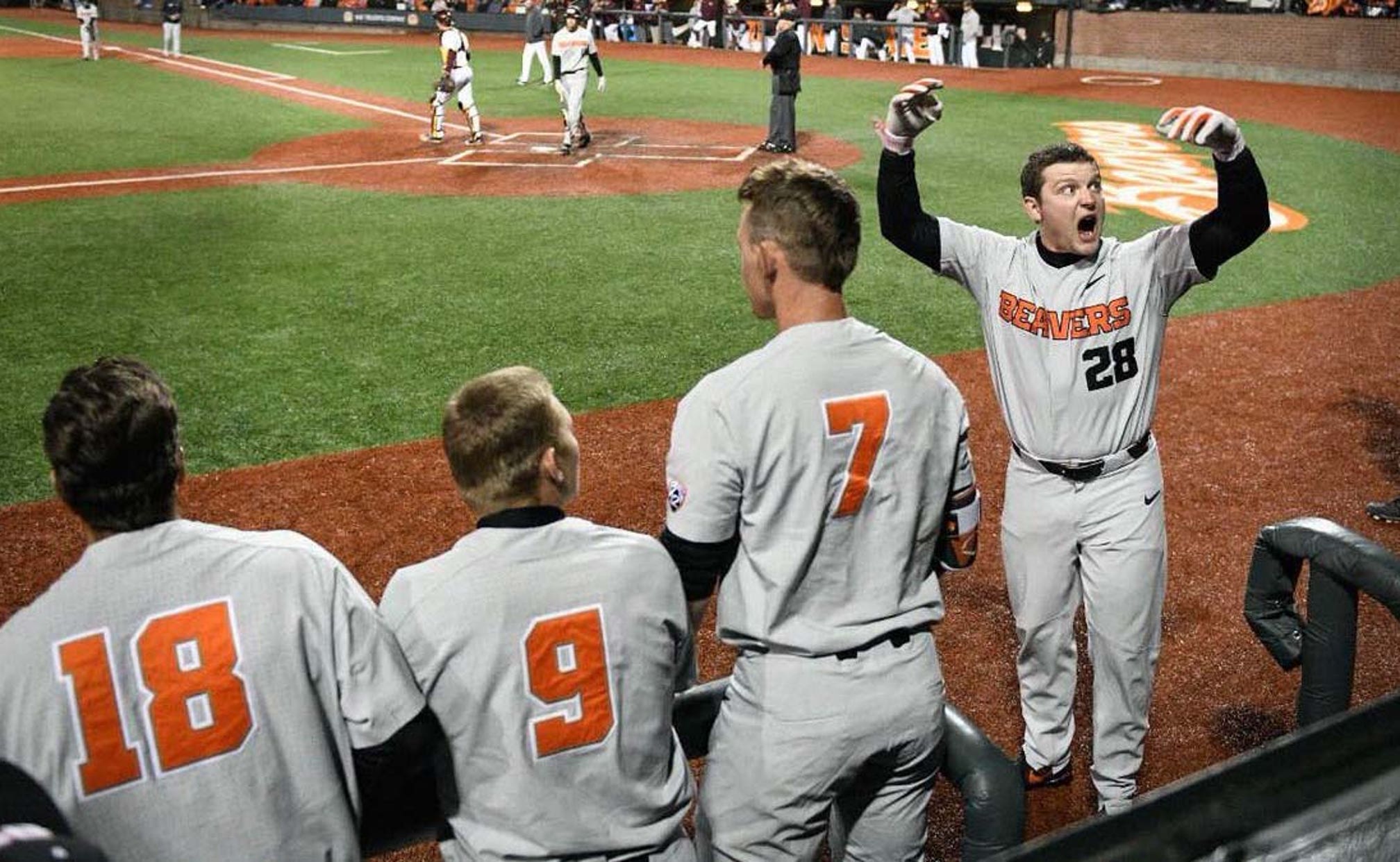 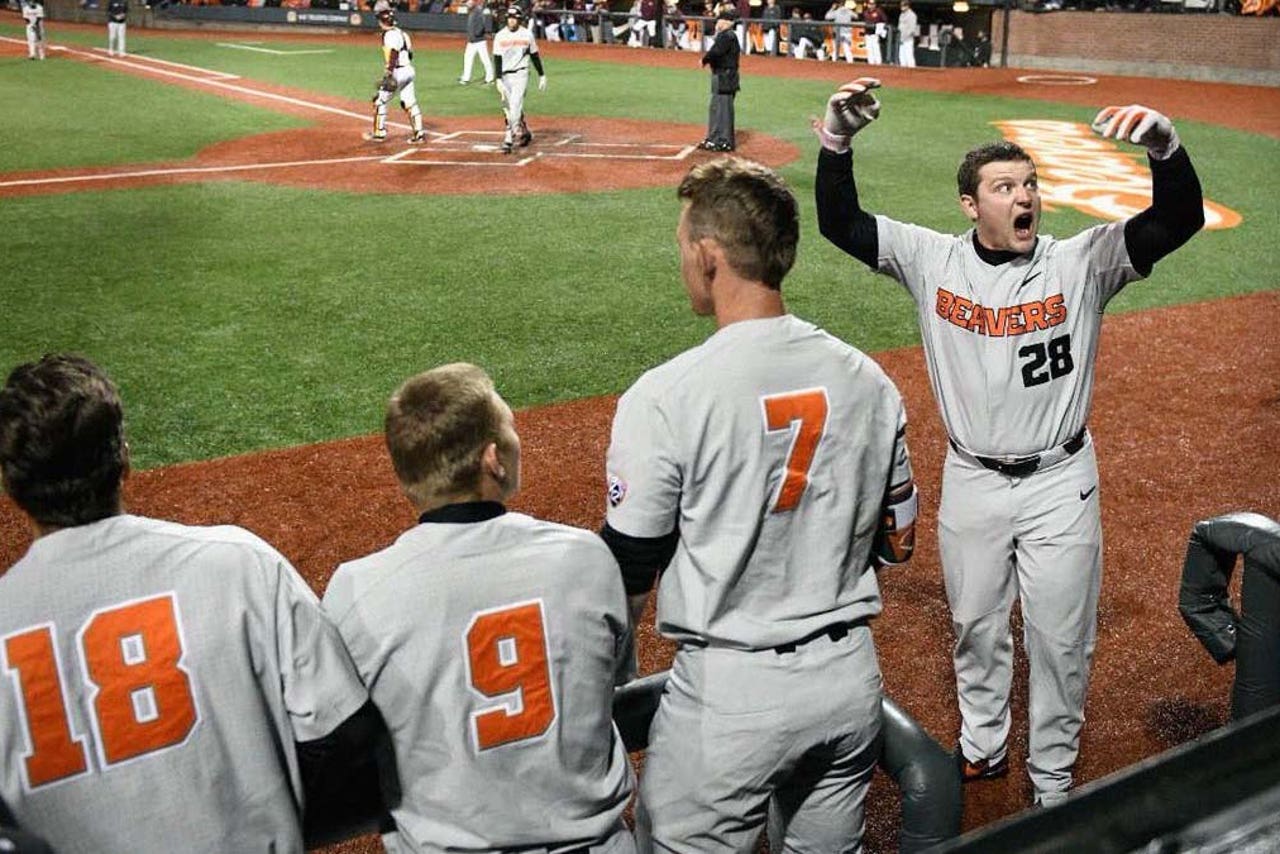 CORVALLIS, Ore. --Adley Rutschman hit a two-out, two-RBI single in the ninth inning to lead No. 3 national seed Oregon State to a 6-3 win in the second game of the NCAA Tournament super regional Saturday.

The win sends the Beavers (49-10-1) to Omaha for the College World Series for the second straight season and the seventh time in school history.

"That's a good team we beat," Oregon State coach Pat Casey said. "A really good team. To get to go back to Omaha for us is an honor and were looking forward to it. "

Oregon State loaded the bases in the ninth on singles by Stephen Kwan and Cadyn Grenier and a walk by Nick Madrigal before Rutschman brought home the go-ahead runs with his team-leading 69th and 70th RBIs this season.

"Baseball's a weird game," Rutschman said. "Guys get opportunities to pick other guys up. Being able to get that hit means we get to celebrate going back to Omaha.

"Omaha is a special place. You've got the fly overs and the fireworks going on. They do it right there. It's a phenomenal experience. I'm excited that we've got some guys going this year that didn't get to go last year and get to experience that. It's kind of a surreal feeling."

Kyle Nobach tied the game for OSU in the eighth inning on an RBI single off Minnesota closer Max Meyer after Trevor Larnach walked and Rutschman singled. Nobach finished 1 for 3 with 2 RBIs.

No. 10 national seed Minnesota (44-15) scored one run each in the third and fourth innings before Micah Coffey gave the Gophers their first lead of the series with an RBI single in the fifth.

Minnesota starter Patrick Frederickson, the Big 10 Pitcher of the Year, went five innings, giving up two runs on seven hits with three strikeouts before giving way to Meyer in the sixth inning. Meyer (2-3) took the loss, giving up four runs on five hits in 3 1/3 innings.

Oregon State's Christian Chamberlain (3-0) picked up the win in relief, striking out five and giving up one hit in two innings. Jake Mulholland pitched the ninth inning for his 15th save.

Oregon State, which will face North Carolina in their first game in Omaha, won back-to-back national championships in 2006 and 2007.