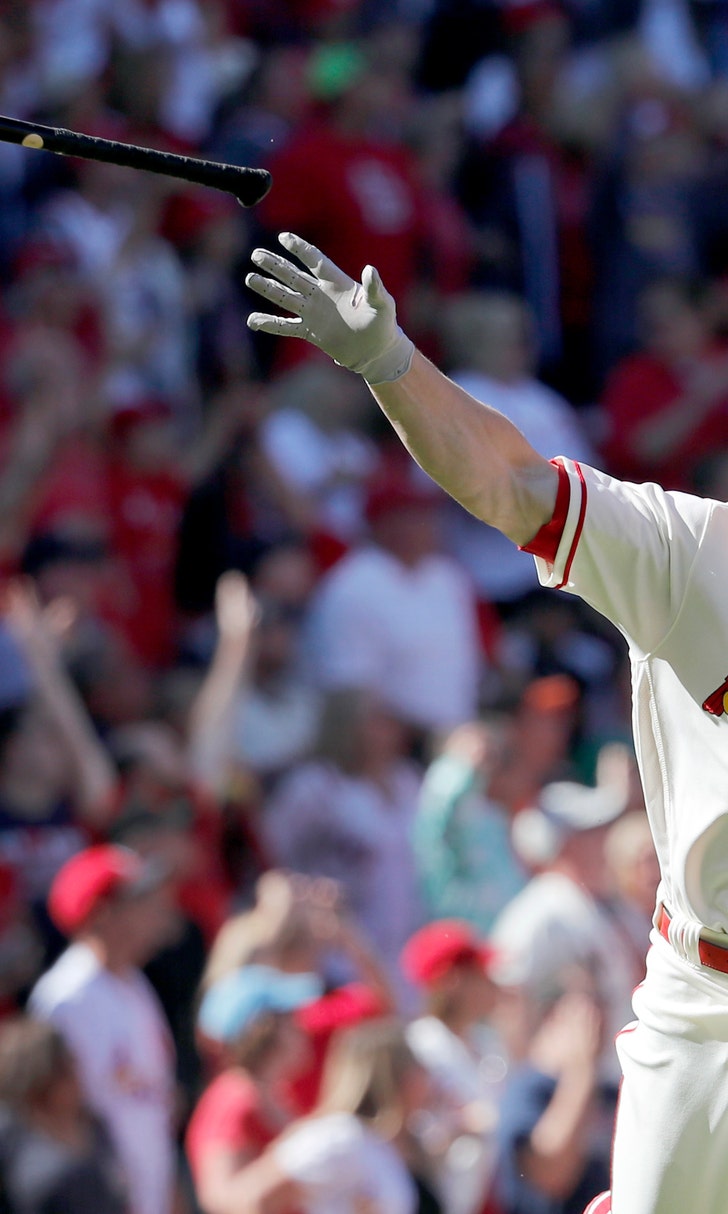 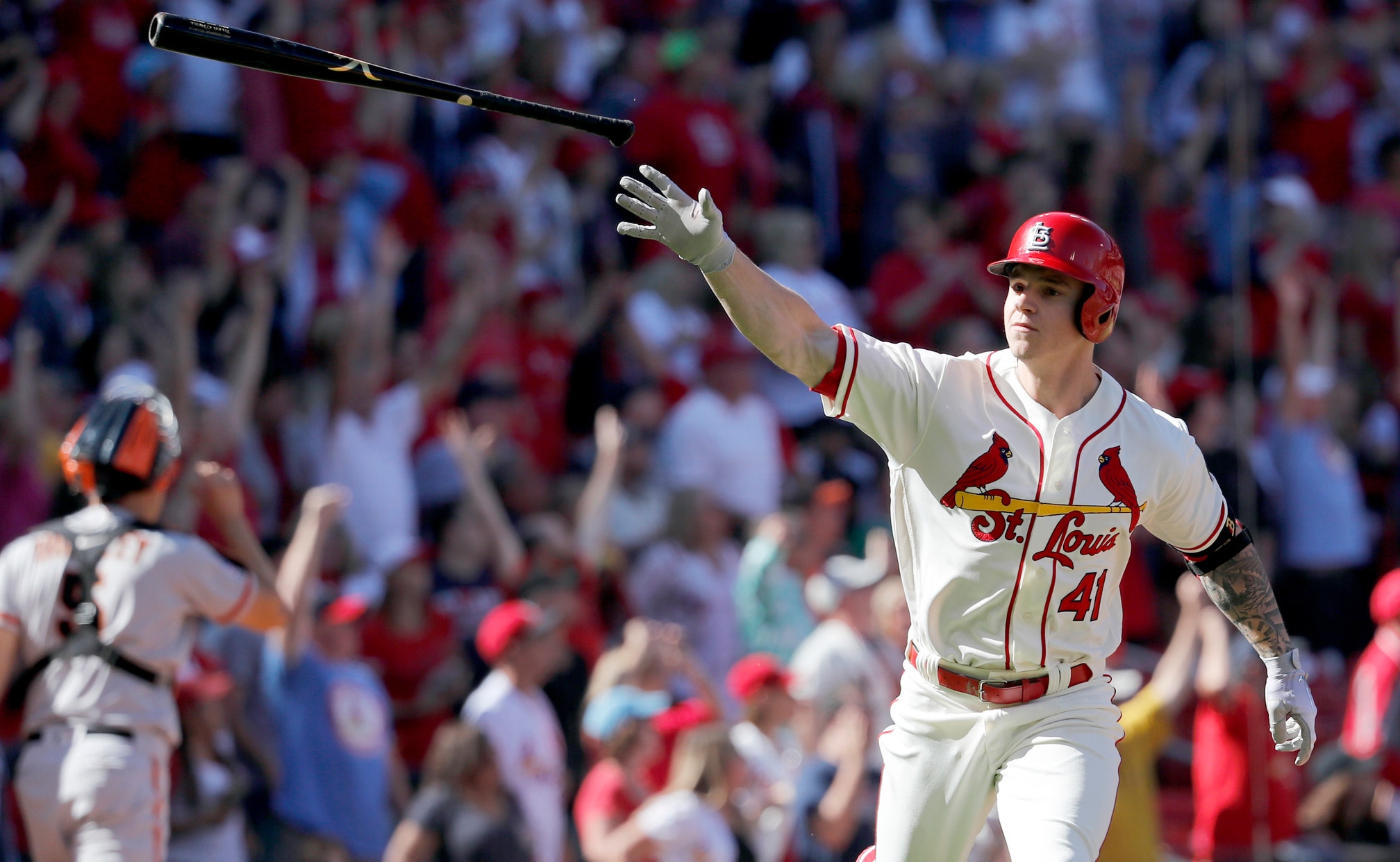 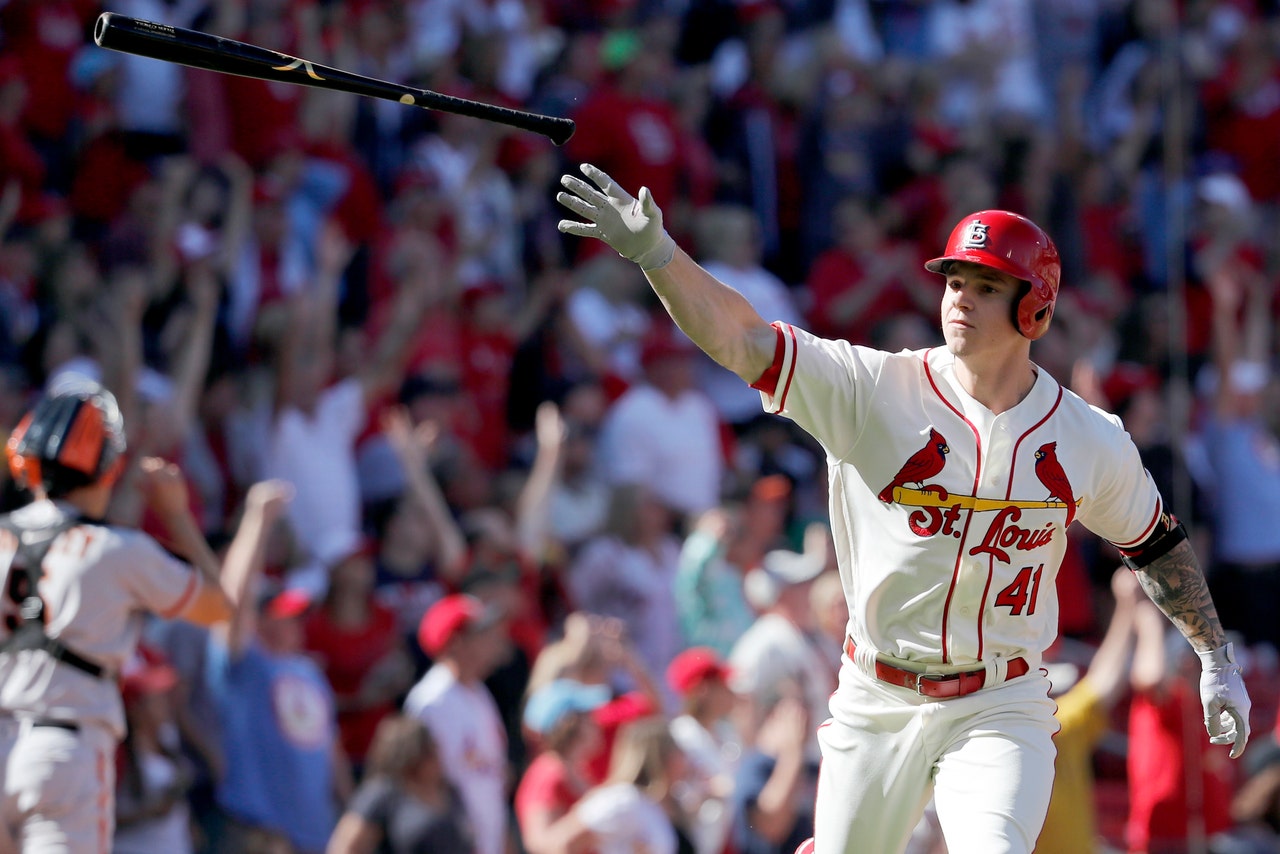 ST. LOUIS - Tyler O'Neill thought about it for brief moment.

The St. Louis outfielder gave strong consideration to flexing his muscles for the Busch Stadium crowd following his solo home run in the 10th inning that lifted the St. Louis Cardinals to a 5-4 win over the San Francisco Giants on Saturday.

"I decided that might be a little too much," O'Neill said.

The son of Terry O'Neill, an award-winning Canadian body builder in the 1970s, Tyler was stripped of his jersey top and undershirt by jubilant teammates seconds after he crossed home plate with the Cardinals' 11th walk-off win of the season.

O'Neill's two-out drive allowed St. Louis to retain its hold on the final wild card spot in the NL. The Cardinals began the day 1 ½ games ahead of Colorado. They started three behind Milwaukee for the top wild-card slot.

Yadier Molina also homered for the Cardinals, who won for the fifth time in six games. San Francisco has lost three in a row.

O'Neill hit his ninth homer, connecting off Mark Melancon (0-3) to give the Cardinals their club record eighth walk-off homer of the season.

"I've had a couple walk offs in my minor league career, but nothing comes close to being in a pennant race and finishing it off for the guys," O'Neill said.

O'Neill came into the game in the seventh inning as part of a double switch.

"He's a powerful guy, the ball just jumps off his bat," manager Mike Shildt said. "He's a threat every time he steps into the box."

Carlos Martinez (8-6) pitched two scoreless innings. He wriggled out of a second-and-third, one-out jam in the 10th with a pair of strikeouts.

Adam Wainwright, making his third start for St. Louis since elbow inflammation put him on the disabled list, gave up four earned runs on eight hits over 6 1-3 innings. He struck out six and did not walk a batter.

"I didn't think I had as crisp a cutter or fastball, but I located well," Wainwright said. "I had a good breaking ball going."

Shildt indicated that Wainwright would get another start, most likely in the season-ending series next weekend in Chicago against the Cubs.

Molina tied it with a two-run homer off Dereck Rodriguez in the seventh inning. It was Molina's 19th home run, but only his second at home.

Aramis Garcia, who had four hits, gave the Giants a 3-2 lead with a two-run single off Wainwright in the seventh.

Rodriguez, the son of Hall of Fame catcher Ivan Rodriguez, gave up four runs on seven hits over six-plus innings. He struck out two and walked one.

Joe Panik had three hits and drove in a run for the Giants.

Cardinals: INF Kolten Wong was held out of the lineup as a precautionary measure. He left Friday's game with a sore hamstring and is listed as day-to-day.