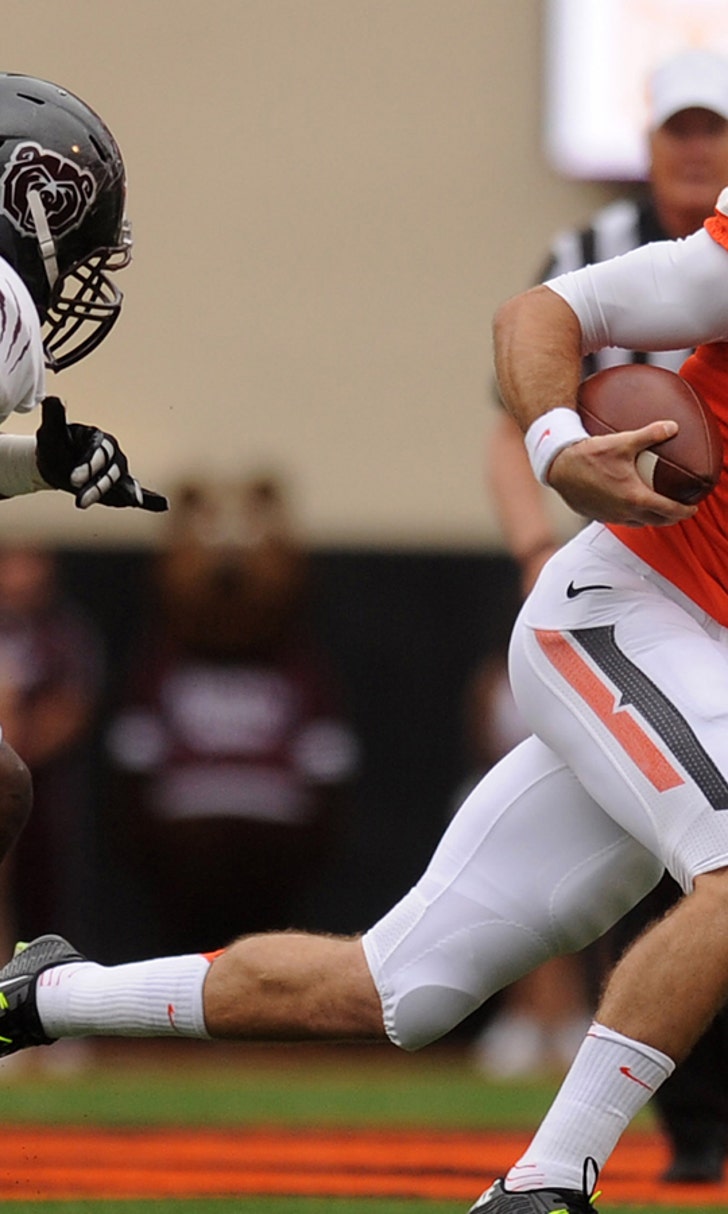 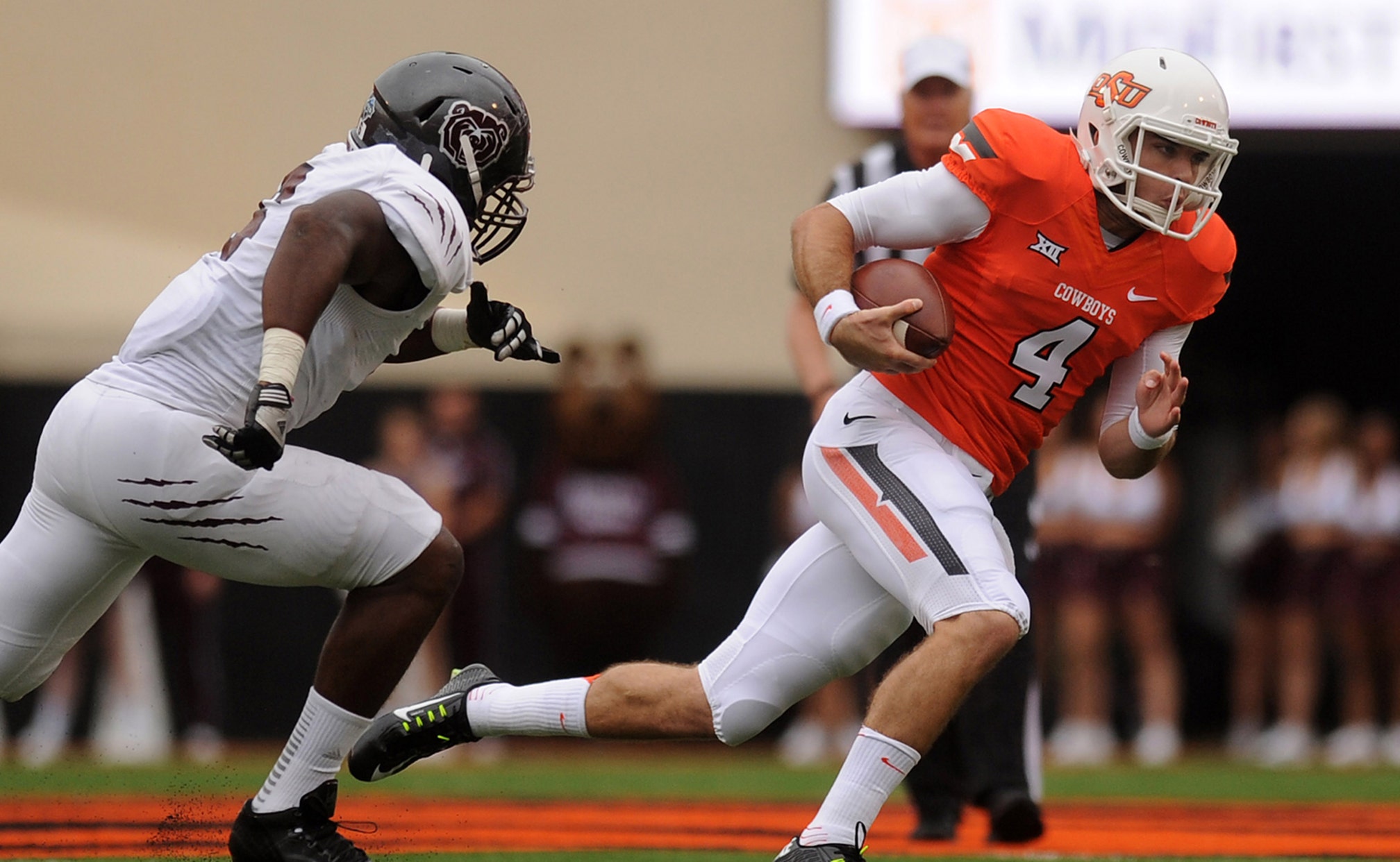 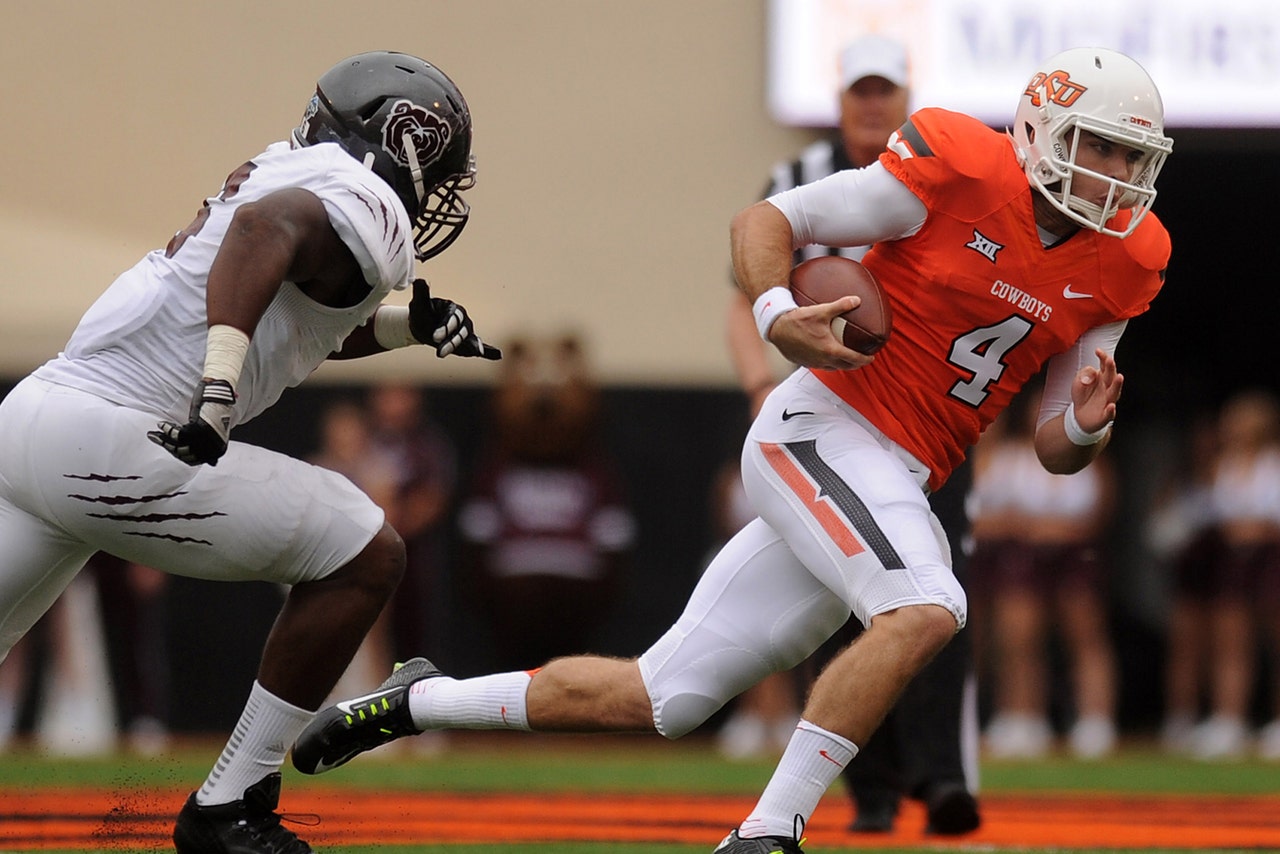 Oklahoma State quarterback J.W. Walsh injured his right lower leg in the first quarter of the Cowboys' game against Missouri State on Saturday.

Walsh was slow to get up after a run near the goal line. He finished the drive and left the field for X-rays.

When he returned a short time after, he was on crutches with his shoe off and right foot heavily wrapped and iced.

Daxx Garman, a transfer from Arizona, replaced Walsh, who was 5-of-9 for 30 yards with 42 yards rushing on four carries before the injury.