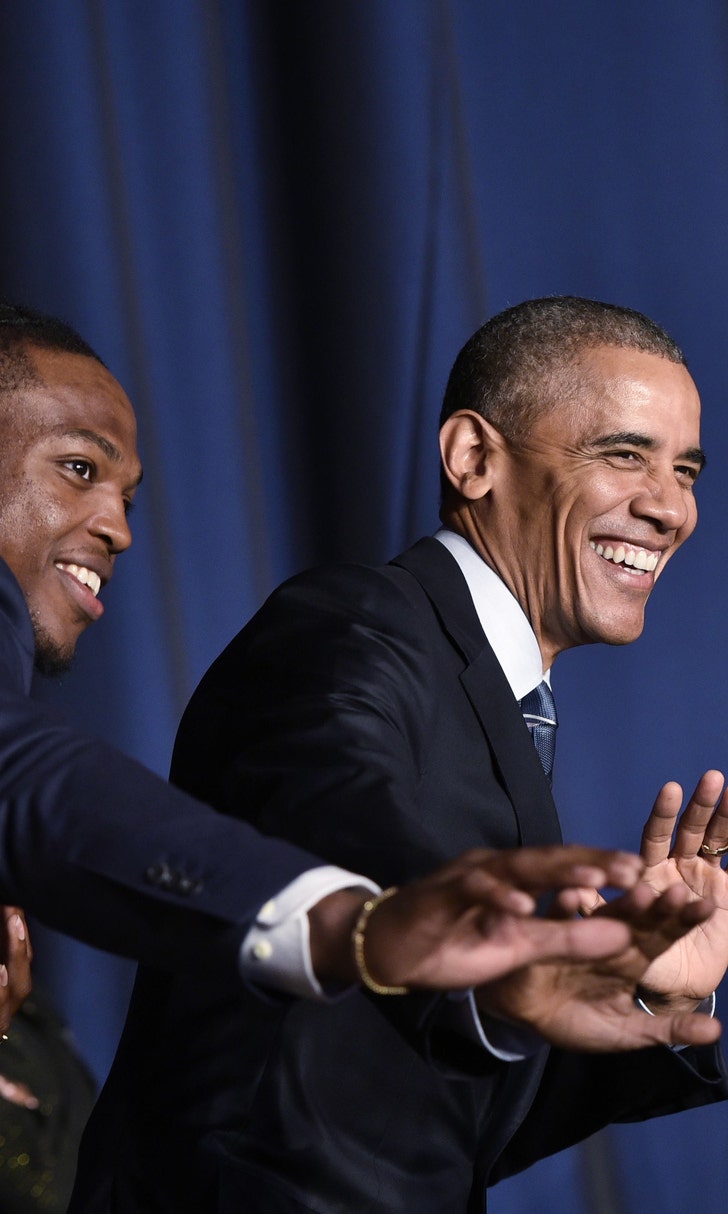 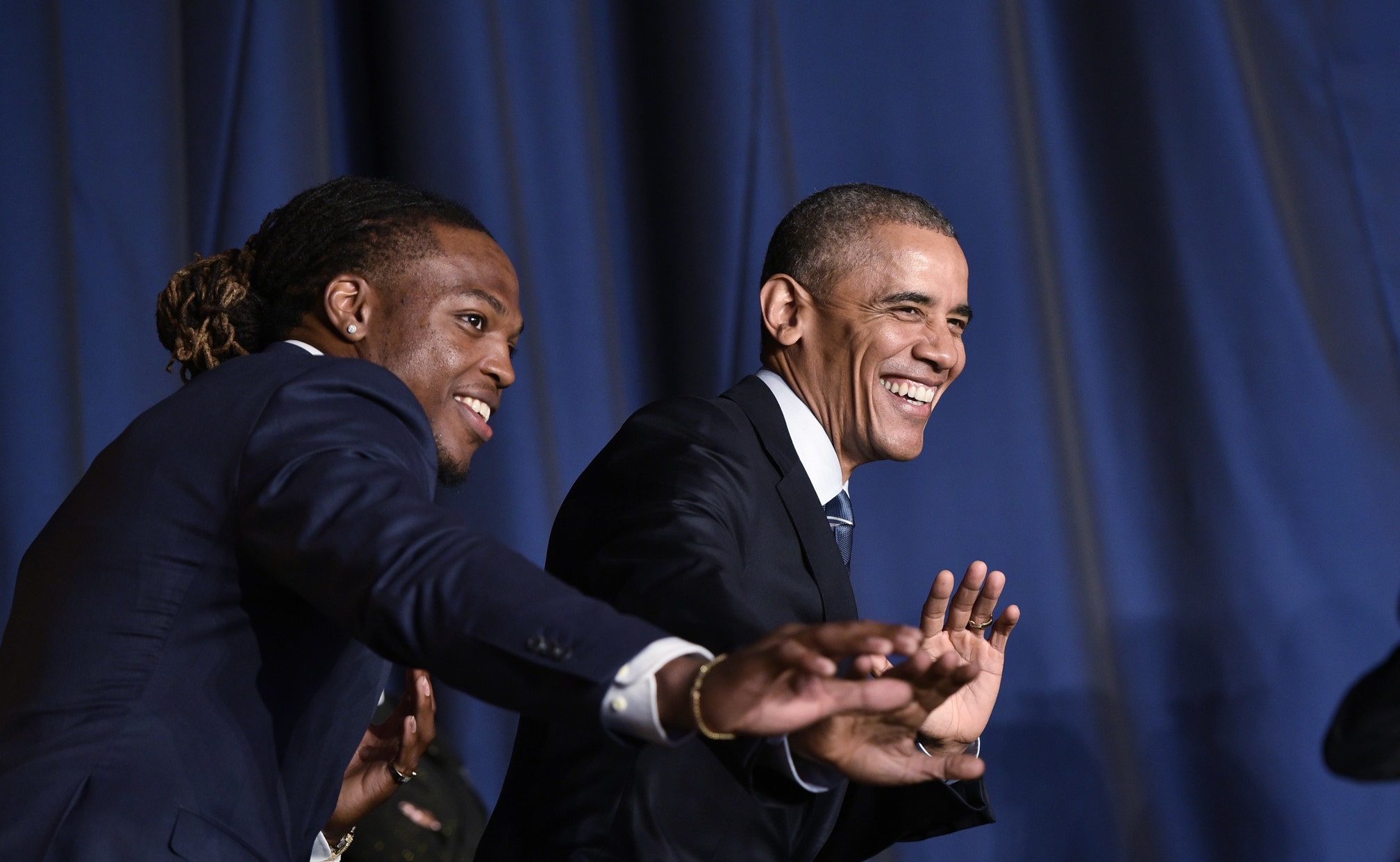 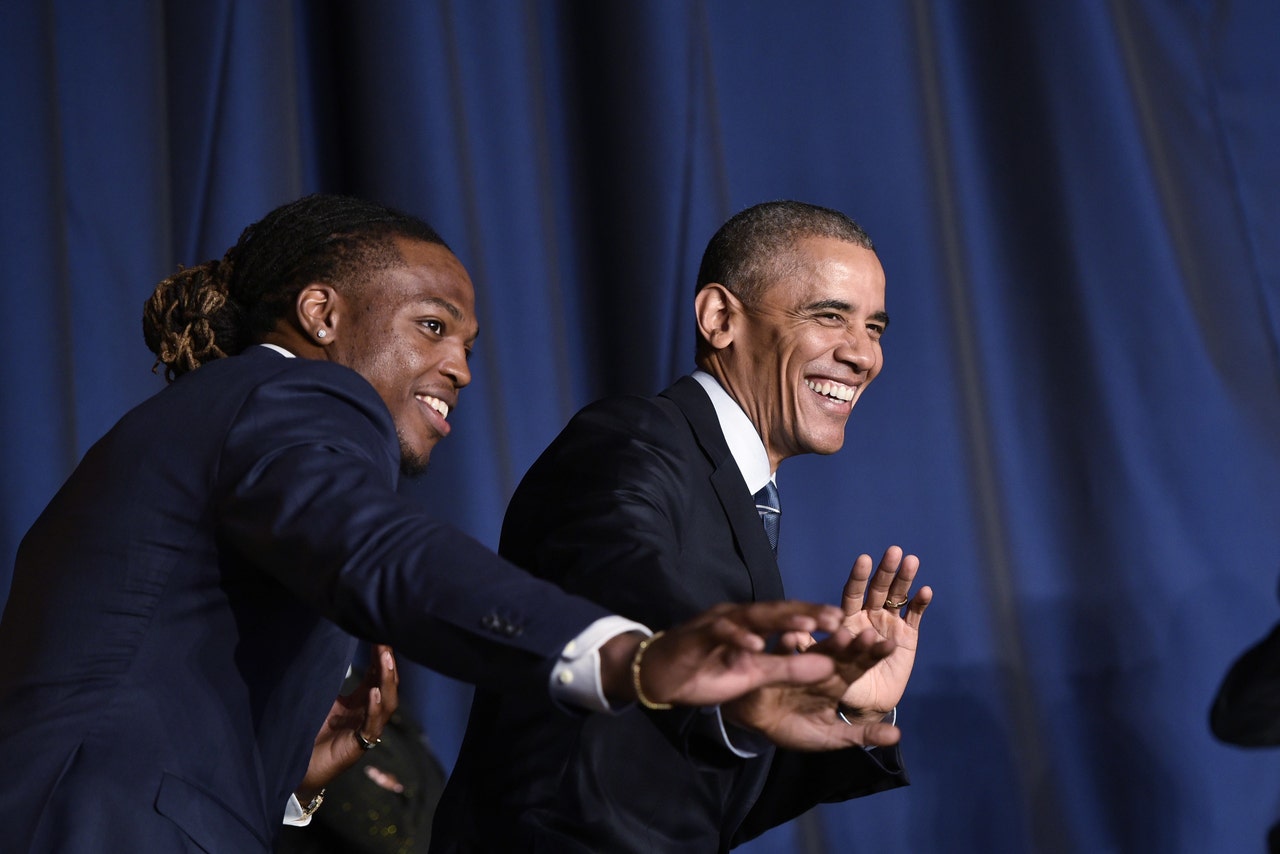 While the rest of the 2015 National Champion Alabama Crimson Tide football team will get to meet President Barack Obama at the White House in the spring, star running back and Heisman Trophy winner Derrick Henry got a head start.

Henry attended the annual National Prayer Breakfast on Thursday when Obama made an address as well as keynote speakers, producer Mark Burnett and actress Roma Downey.