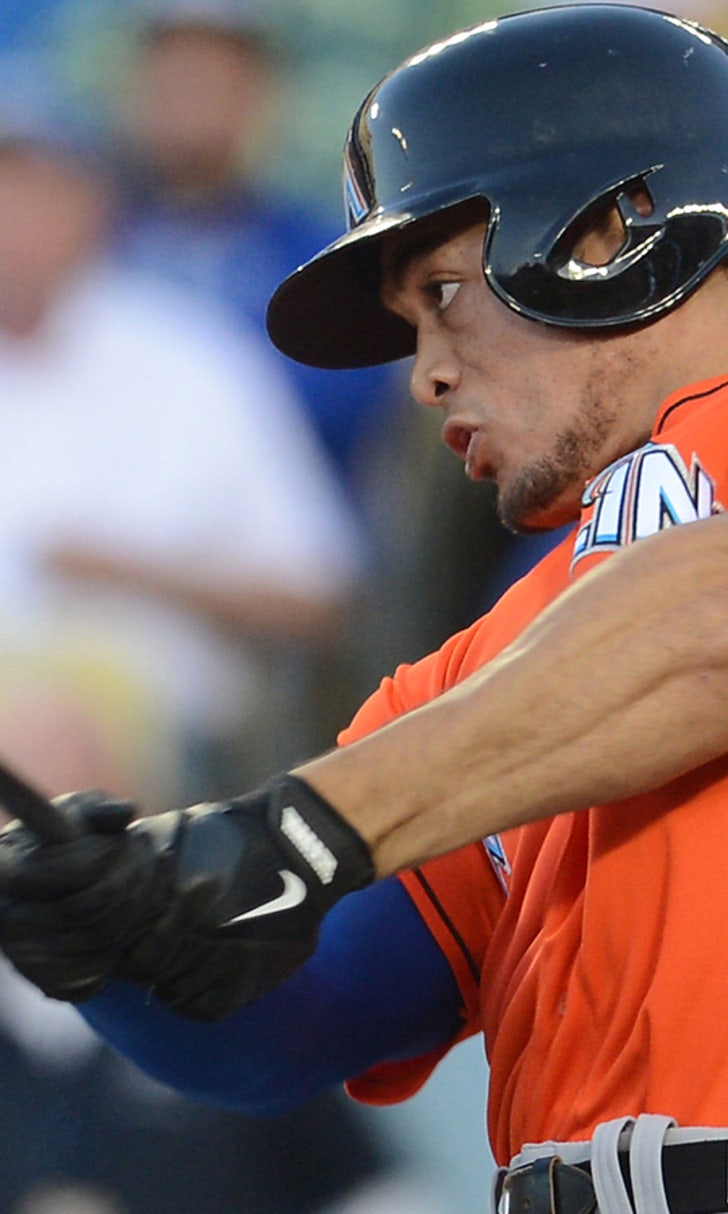 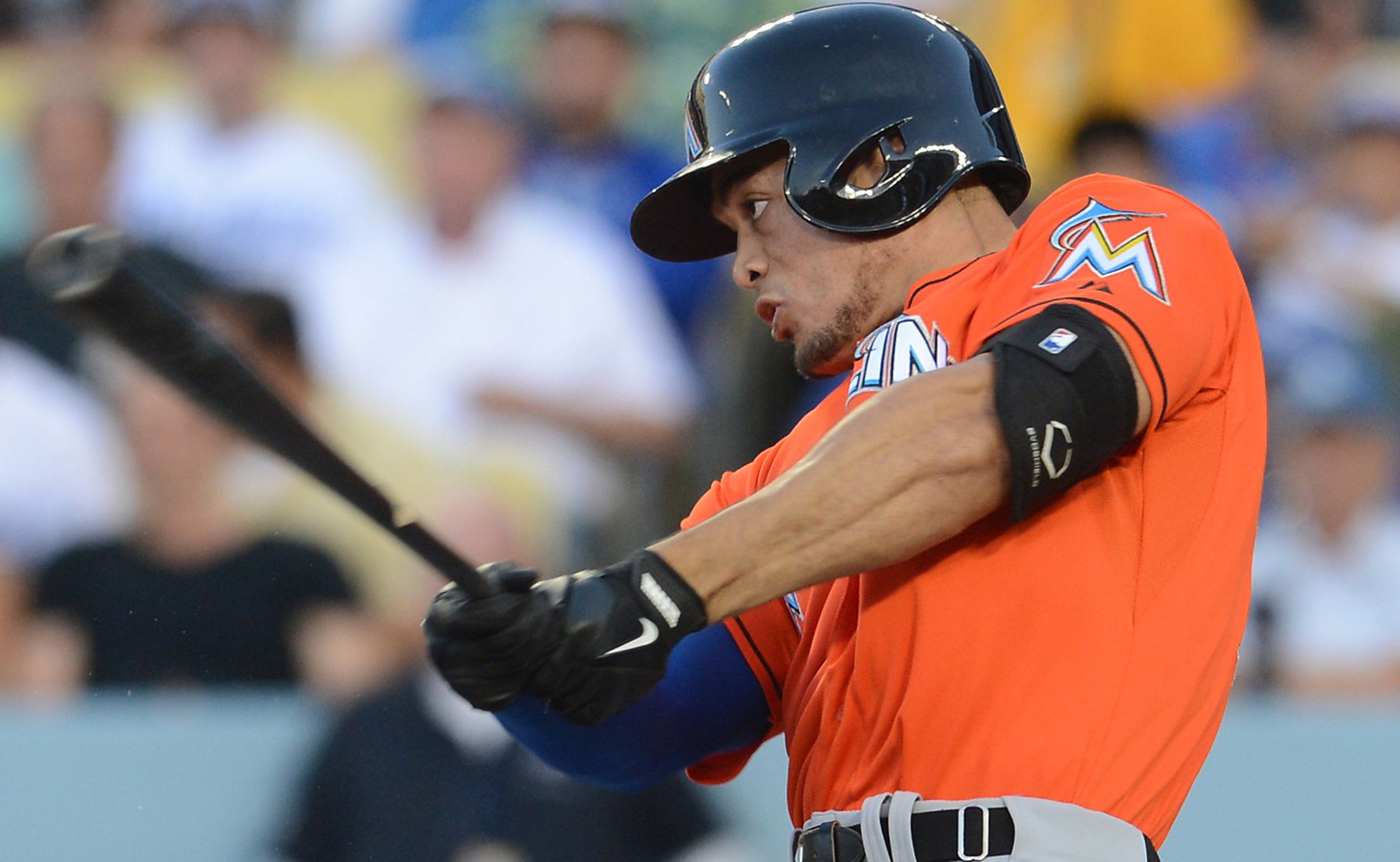 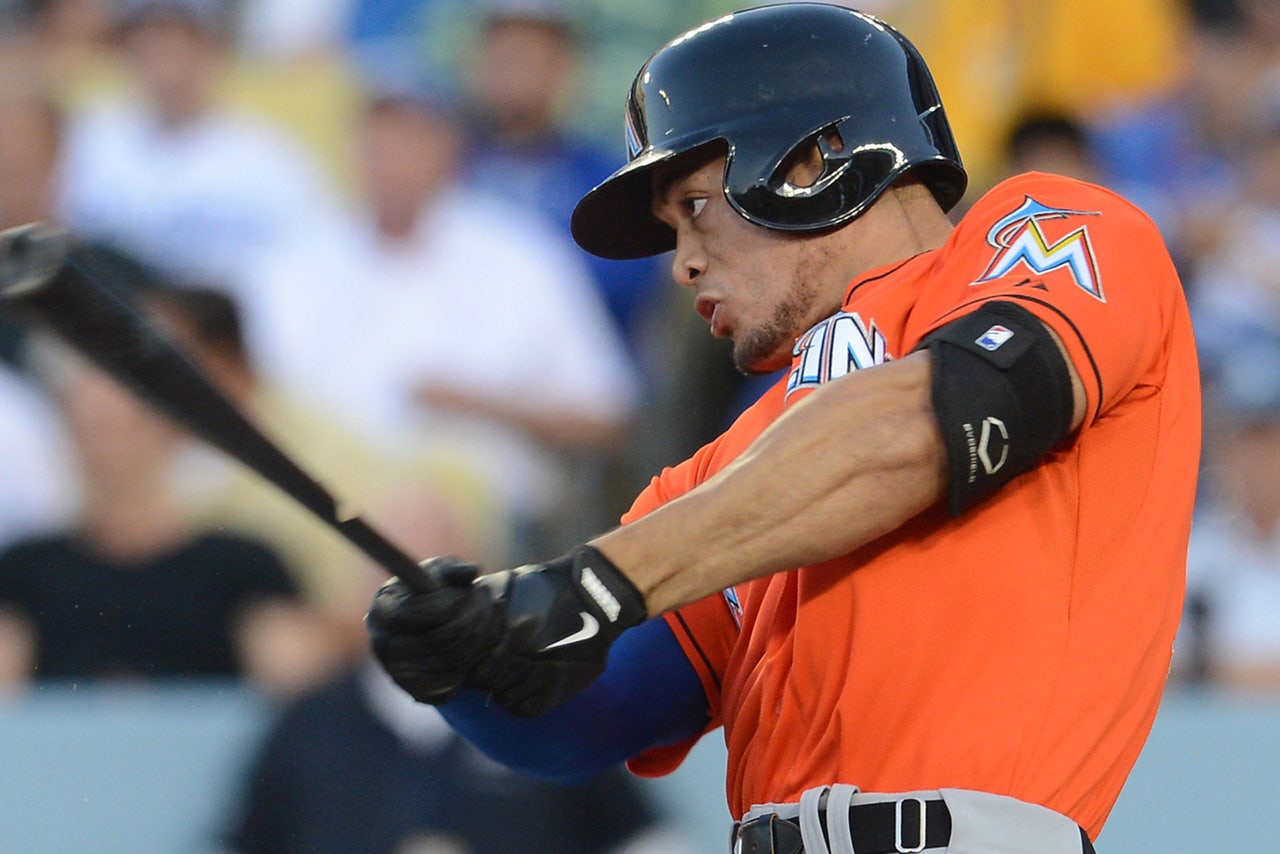 LOS ANGELES -- Inside the Marlins clubhouse at Dodger Stadium, players sit in front of their lockers, many of their eyes are fixed on the television. They have some time to kill with first pitch of Game 2 of their series against the Dodgers some three hours away.

The topic on the tube is a comparison between two of the top young right fielders in the game: their own, Giancarlo Stanton vs. the Dodgers' Yasiel Puig.

As the commentators discuss different facets of each player's game, a clip of Stanton appears on the screen of him chasing down a fly ball in right field.

He jumps with one foot ahead and kicks in the wall. That just so happens to be where the Marlins bullpen is located, and Stanton, with his power kick, takes out a teammate in the process.

As the comparison of Stanton vs Puig wrapped up, there was no doubt about how the Marlins felt about it.

"We win," said another Marlins player. "We got a better player."

Of course, if you go down the hall to the Dodgers clubhouse you'd get a different answer.

While the topic of Stanton vs Puig is up for debate, when it comes to power, Stanton has a clear edge.

Moonshot after moonshot leave the bat of Stanton, the Sherman Oaks Notre Dame grad. His ability to leave the yard in spectacular fashion is what got him noticed coming out of Notre Dame in 2007.

Stanton was a three sport star playing varsity football, basketball, and baseball for the Knights, and he averaged 19.7 points and 13.5 rebounds per game on the hardwood as a senior; on the gridiron, he had 29 receptions -- 11 for touchdowns; and on the diamond he hit .393 with 12 home runs and 32 RBI in 29 games.

However, he wasn't on the radar of any scouts entering his senior year. When he showed up at the Area Code Games in the summer of 2006 with some of the other top baseball prospects, no one knew who he was.

He quickly got their attention by crushing a pitch during batting practice at Blair Field in Long Beach. The ball landed on the adjacent golf course, an estimated 475 feet.

"If I didn't do that, I don't know what would have came of it," Stanton said. "I did alright in the games but the BP was what got everybody."

Was nice meeting the fam! RT @ChrisRose: @Giancarlo818 put on quite the show during BP in front of the Rose family ! pic.twitter.com/3ZpyF9ztmR

In the June draft, the Marlins selected him in the second round. Coming up through the minors there was tale after tale of the balls he abused on his trek to the Majors.

Once he got to the show, it was game on. So far, two of the four longest home runs hit this season belong to Stanton. The 484-foot bomb he hit against the Padres on Apr. 4 is the longest in MLB this season. His home runs have averaged 425.6 feet this season.

While fans, teammates, and even the opposition gawk at his brute strength, Stanton gets enjoyment out of it as well.

"It's a cool feeling," Stanton said. "You don't really feel anything off the bat. The ball just takes off, but at the end of the day, the game standpoint, all you need is to get it over the fence."