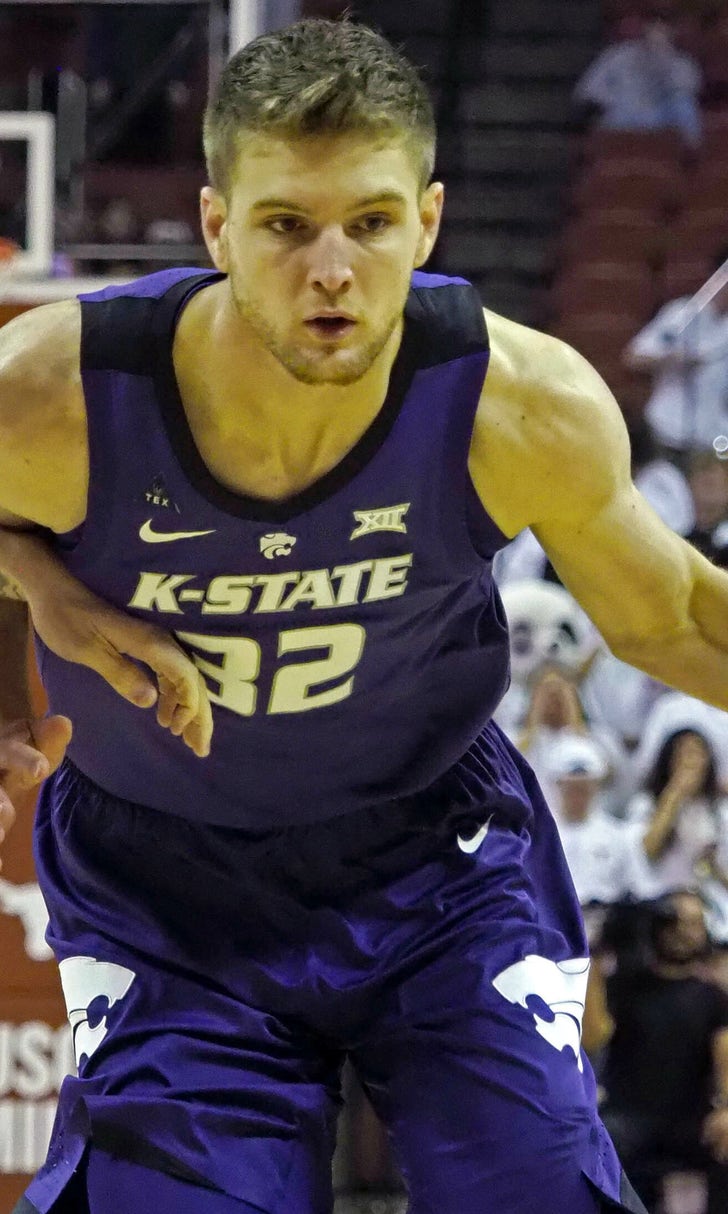 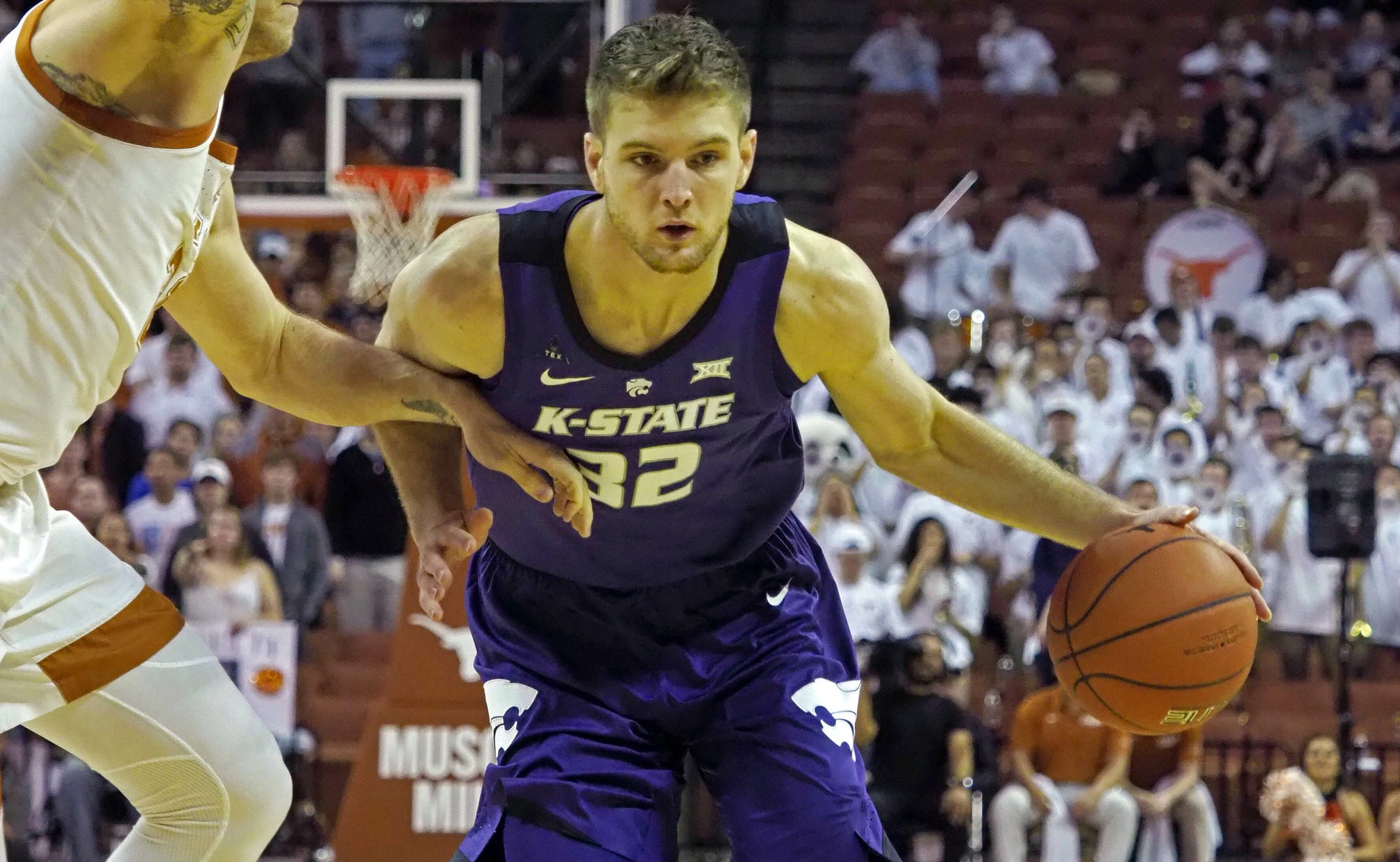 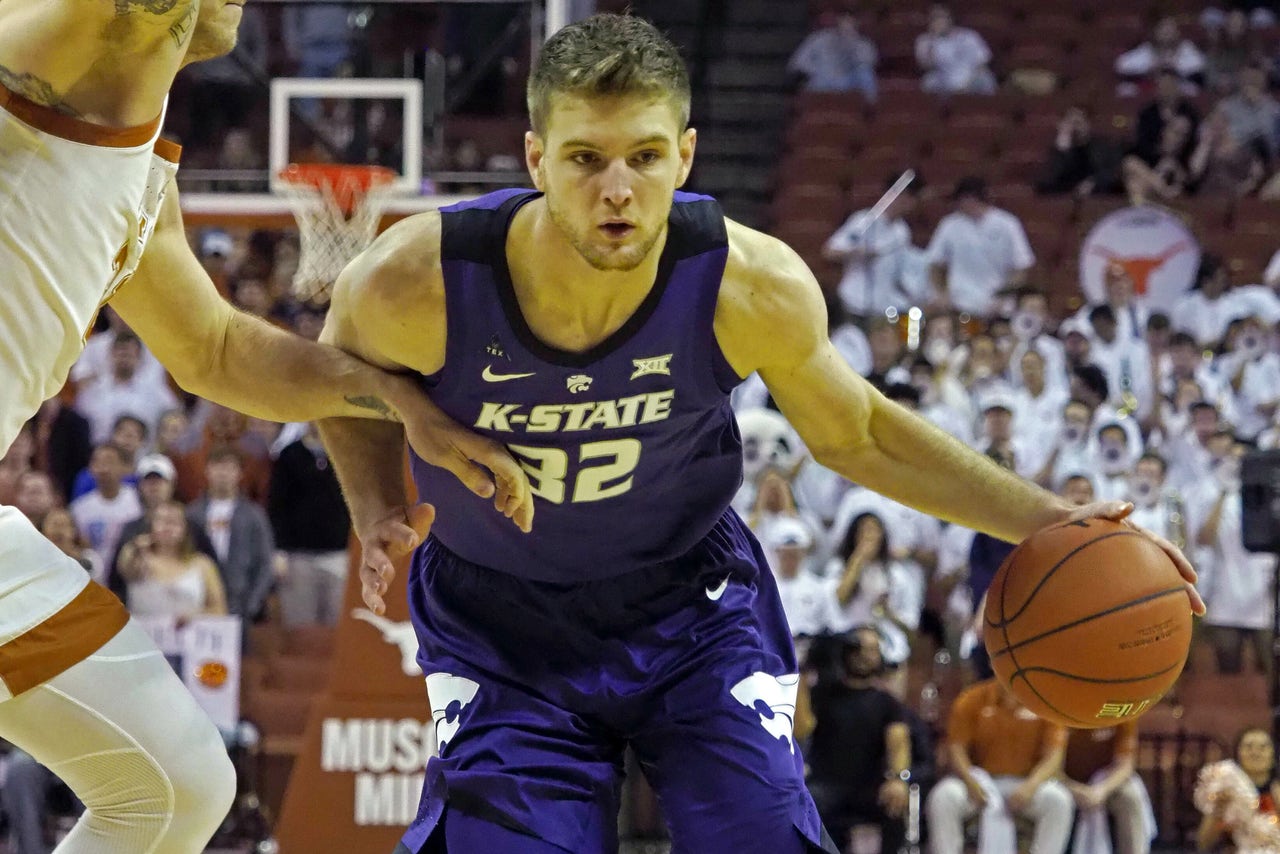 AUSTIN, Texas — Kansas State ranks among the best in college basketball on defense, so the Wildcats' are not generally cited for lack of toughness.

But that's what their coach, Bruce Weber, did after a 67-47 loss to Texas in the Big 12 opener on Jan. 2. Nevermind that two Kansas State starters, Dean Wade and Kamau Stokes, missed the game with injuries.

"The first game we were so soft," Weber said. "I don't care who's in the game. it obviously makes a difference offensively, but it shouldn't defensively."

Weber didn't question his Wildcats' grit after the rematch.

Three other Wildcats scored in double figures, Wade with 12 points, and Stokes and Makol Mawien with 11 apiece.

"A lot of positive things," Weber said. "No doubt."

Kansas State (19-5, 9-2 in Big 12) converted nearly 55 percent of its field goal attempts, including 56.5 in the second half. The Wildcats limited Texas to 30 percent shooting in the second half after the Longhorns hit 55.6 in the first half.

The Wildcats accomplished that by shifting from their staple, man-to-man defense, to a zone for parts of the second half.

The Longhorns (14-11, 6-6), who scored 24 points in the paint in the first, had just eight after the break, the zone defense making it more difficult for them to access the basket. Instead, Texas launched 11 3-pointers, hitting two. Roach scored only three in the second half after hard drives to the basket produced 14 points on layups and free throws in the first half.

"Our guys have been pretty good against zone of late," Texas coach Shaka Smart said. "But it got our guys on their heels."

The Wildcats made runs of 8-0 and 9-0 in the second half before seven minutes were gone, the latter giving them a seven-point lead. Even so, they could not shake Texas. A long 3-pointer by Stokes with 4:30 left gave them their second seven-point lead of the half.

Texas, trying to cut the deficit to two with 3:02 left, used too much of the 30-second shot clock, Jaxson Hayes' basket ruled to be too late after the officials went to replay.

Sneed, a junior, and Brown, a senior, combined to make four free throws during the final 1:26.

Kansas State: The Wildcats maintained their hold on first place in the Big 12 standings. One reason is a 5-1 record on the road in conference games, an area in which they have improved the last three seasons. They are 13-11 in Big 12 road games since the beginning of 2016-17. In the previous two seasons they were 2-16 in Big 12 road games. Kansas State did get a break when Baylor was missing two starting guards, including leading scorer Makai Mason, on Saturday.

Texas: The Longhorns, a really poor 3-point shooting team earlier in the season, have recently improved, but they still ranked only 227th nationally before Tuesday with 33.4 percent accuracy. They made 17 of 43 (39.5 percent) in two games before facing Kansas State, so perhaps they were due for a bad game. They had one, hitting 4 of 19 against the Wildcats.

Kansas State played without guard Cartier Diarra, its top reserve who recently suffered a broken finger on his shooting hand that will require surgery. He's out indefinitely.

Kansas State, No. 12 in the preseason poll, finally made it back into the rankings this week at No. 18 after dropping out on Dec. 17 after a six-week residency. The Wildcats did nothing to hurt their cause against Texas.

Kansas State's nine-game Big 12 winning streak is its longest in conference play since 1974, when the Wildcats won 11 in a row playing in the Big Eight.

Texas hosts Oklahoma State on Saturday. Texas lost to the Cowboys 61-58 on Jan. 8 in Stillwater, stopping their momentum after a 2-0 start in Big 12 play and starting a three-game losing streak.