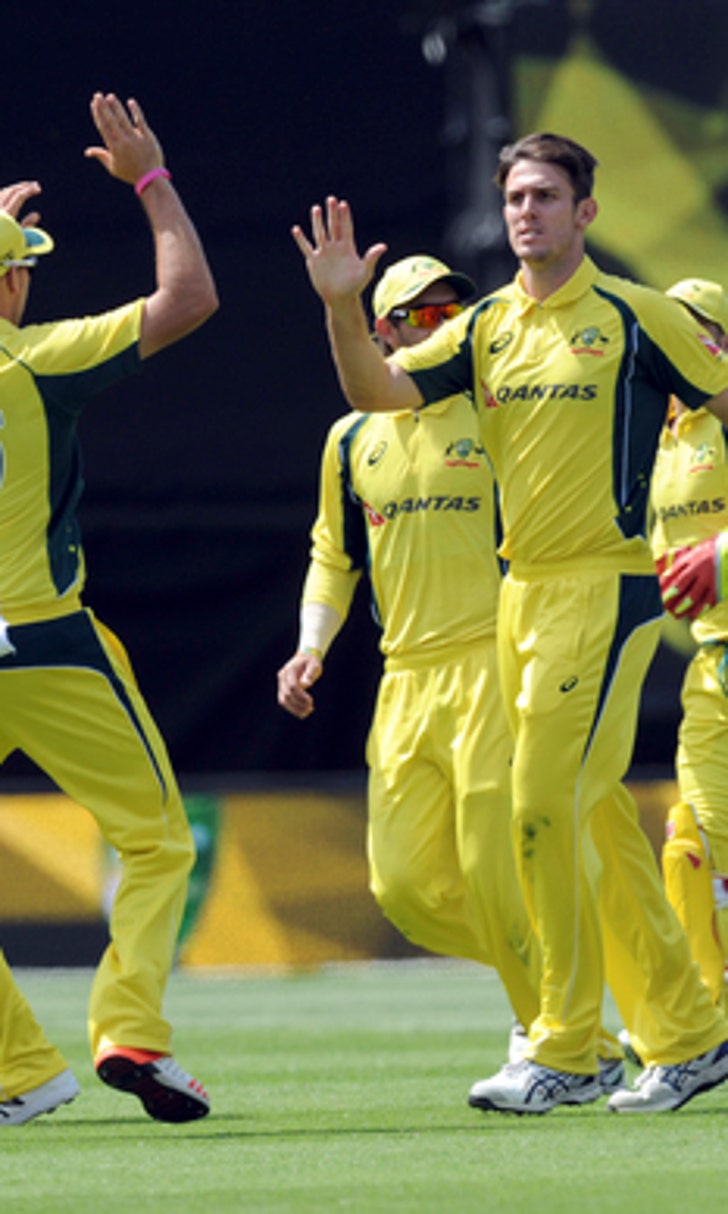 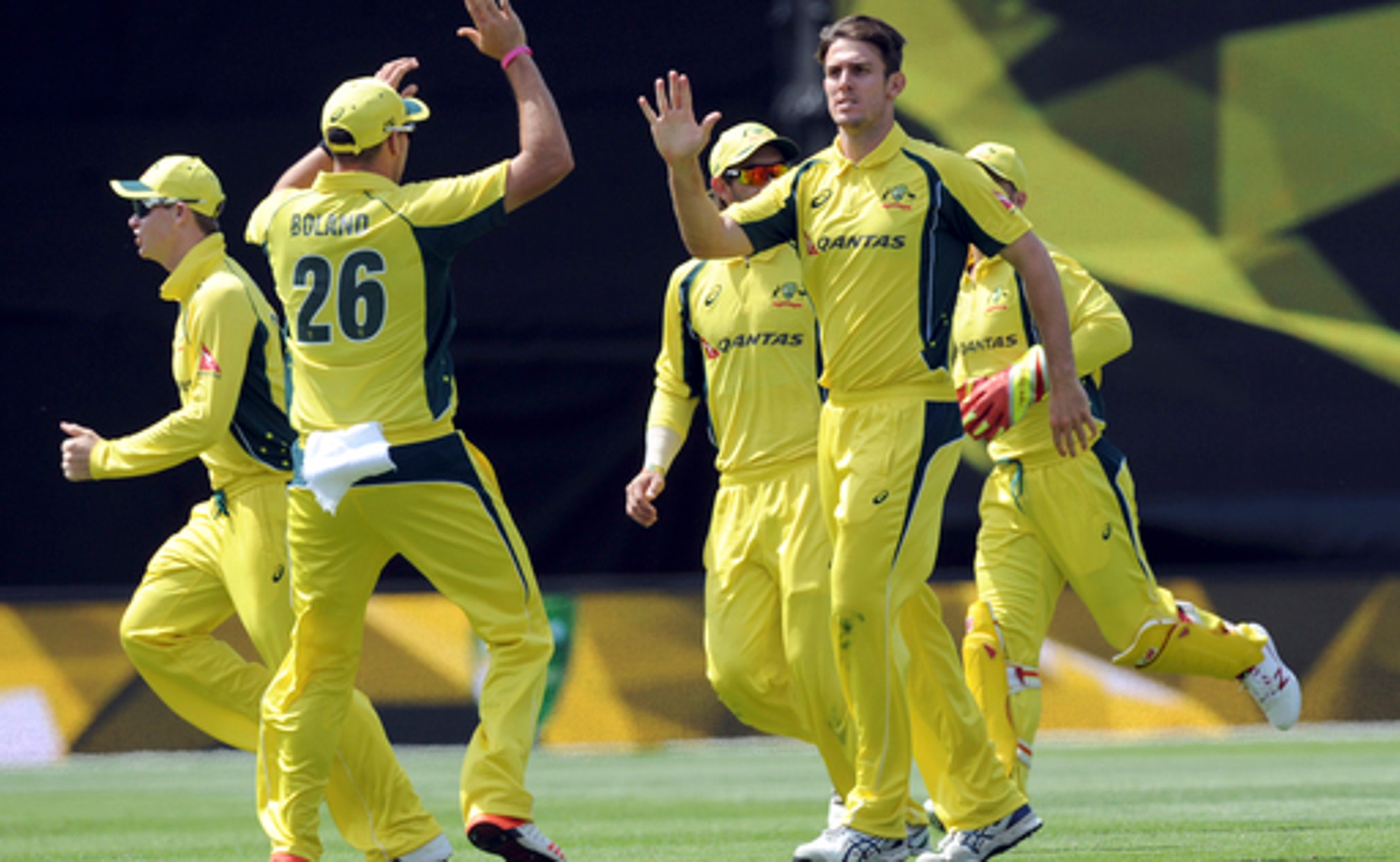 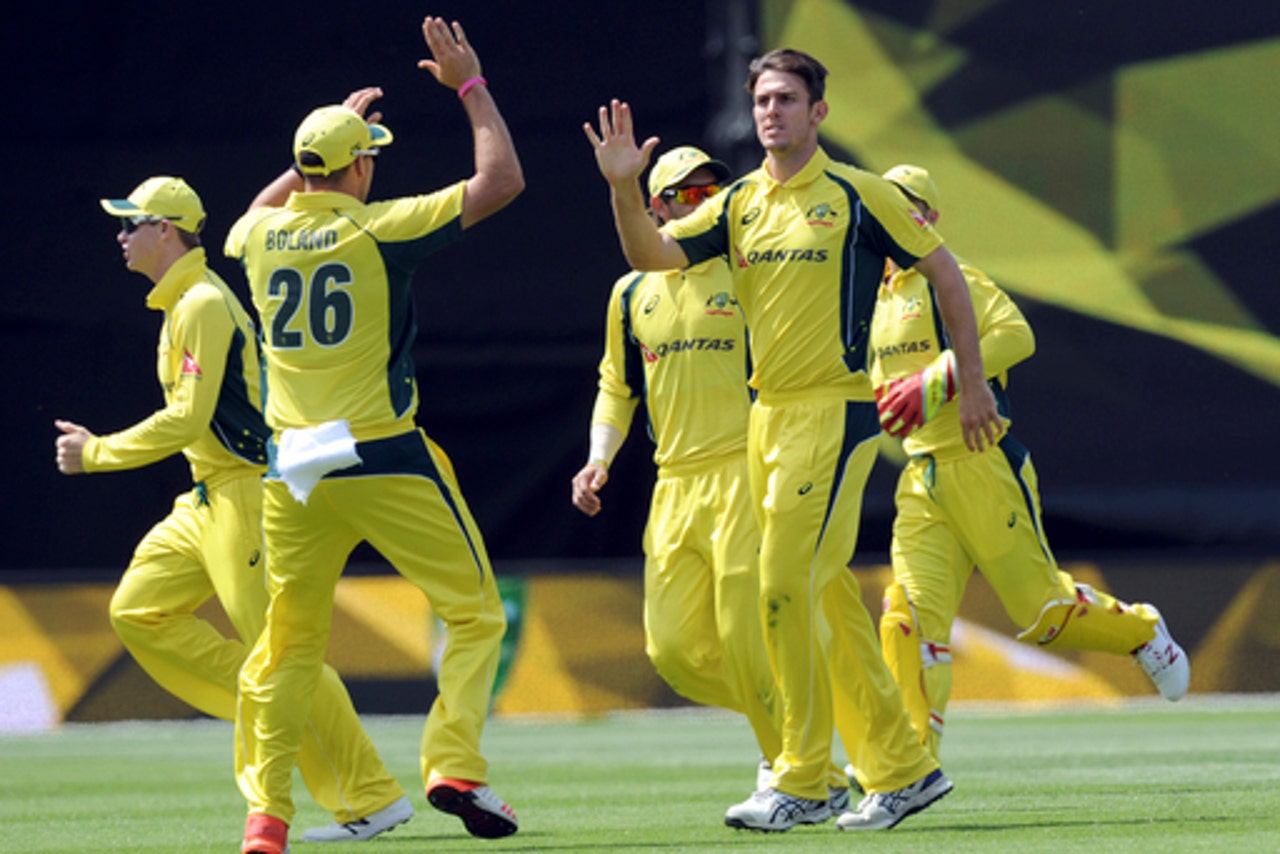 Santner made 45 not out and Milne 36 in a stand which envigorated the New Zealand innings which had stuttered to 205-7 in the 41st over, after it won the toss and batted.

Legspinner Adam Zampa, on debut, claimed the vital wickets of Kane Williamson (60) and Grant Elliott (32) as Australia's bowlers revived their team's hopes of leveling the three-match series after its 159-run loss in the opening match.

McCullum smashed his third six from fast bowler Scott Boland to guide New Zealand to 35 in the fifth over, then was bowled next ball as he charged down the pitch.

Boland was a late addition to the Australia team for Saturday's match after Kane Richardson was forced to withdraw because of a back injury suffered in training on Friday. Zampa had previously won a call up to play his first one-day international after allrounder James Faulkner suffered a hamstring injury in the opening match on Wednesday.

Martin Guptill, who top-scored with 90 in the first match of the series, struggled to find the boundary and took 45 balls to assemble a patch 31 before he was out with New Zealand 88-2.

Williamson and Elliott tried to restore the innings after the loss of Henry Nicholls for 4 and put on 63 for the fourth wicket.

Williamson made a laborious half century, from 71 balls as he struggled to find gaps in Australia's off-side field, and he was 60 when he gave Zampa a notable first wicket in one-day internationals.

New Zealand was 158-4 when Williamson was out and 164-5 when Elliott also fell to Zampa, leaving the home team's lower order exposed.

Luke Ronchi was out for 19 and Corey Anderson for 16, leaving Santner and Milne plenty to do to salvage a score for New Zealand's in form seamers to defend.