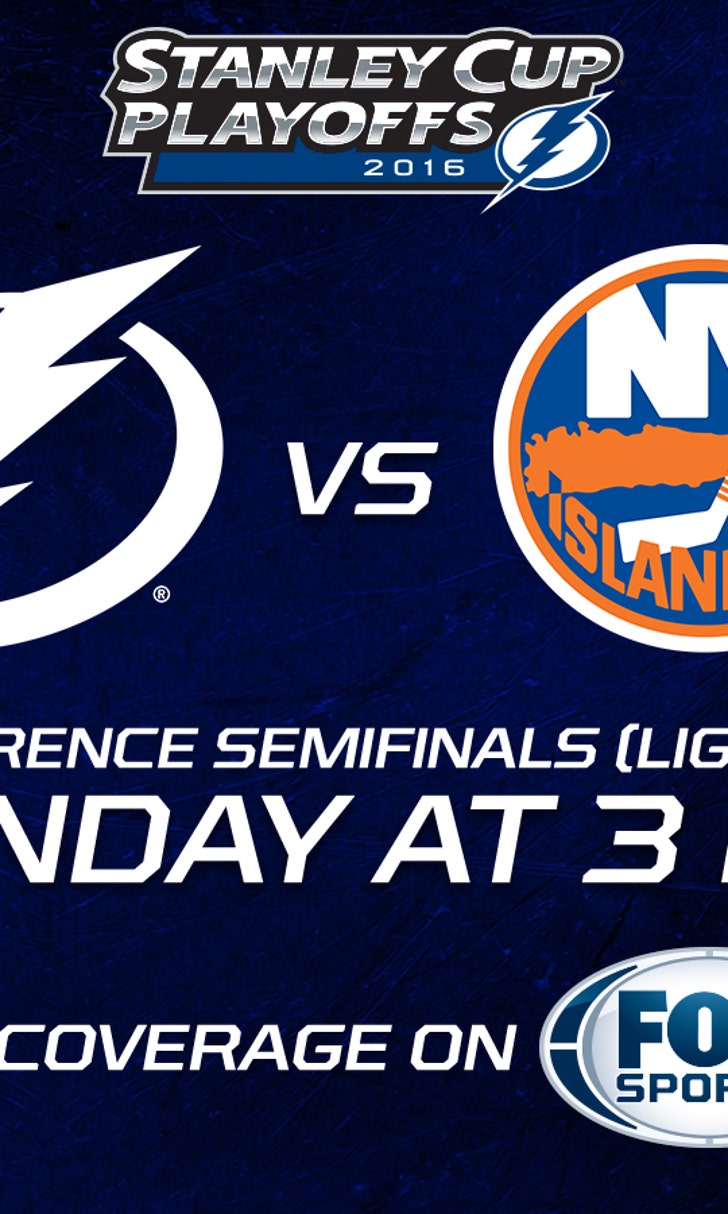 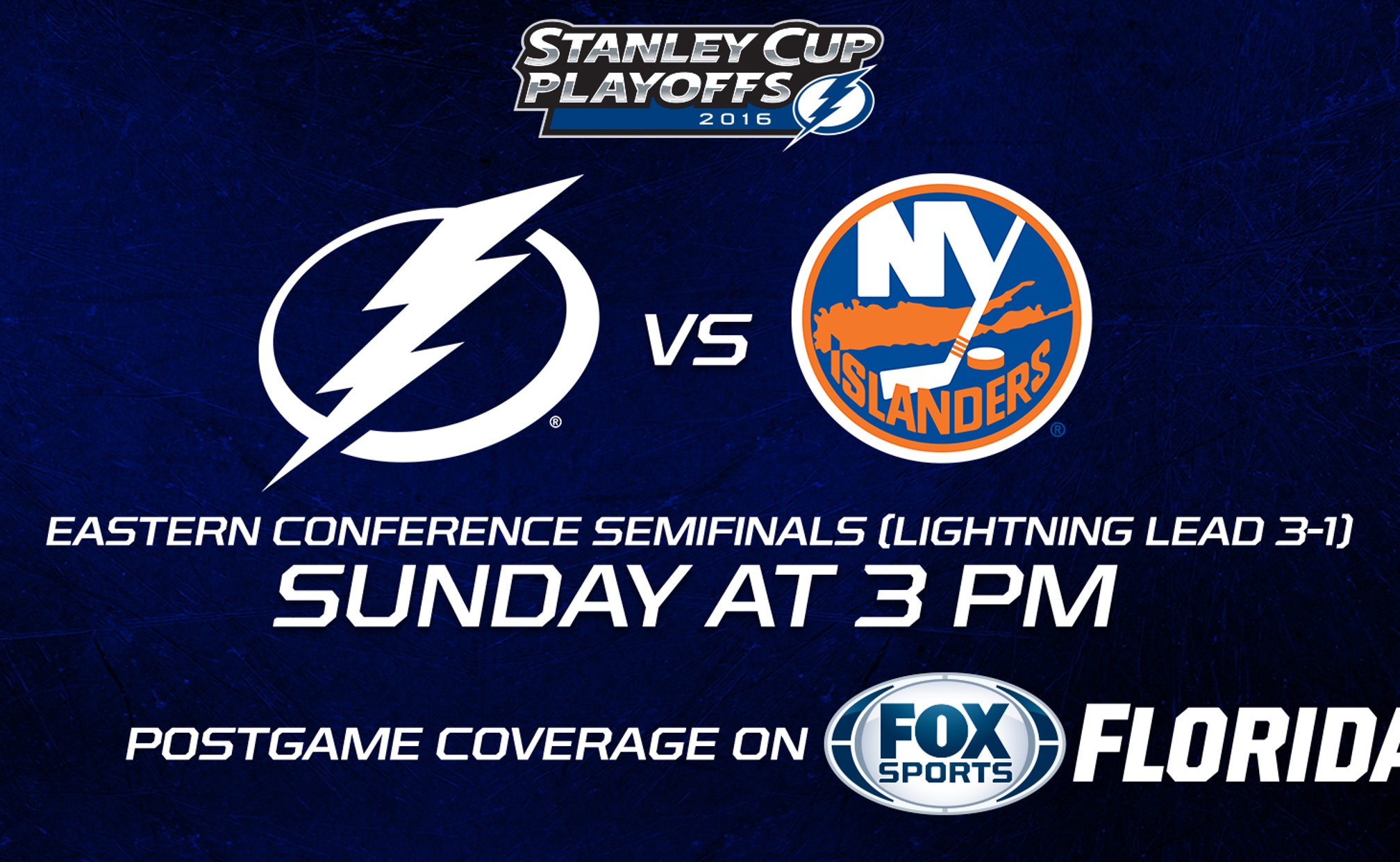 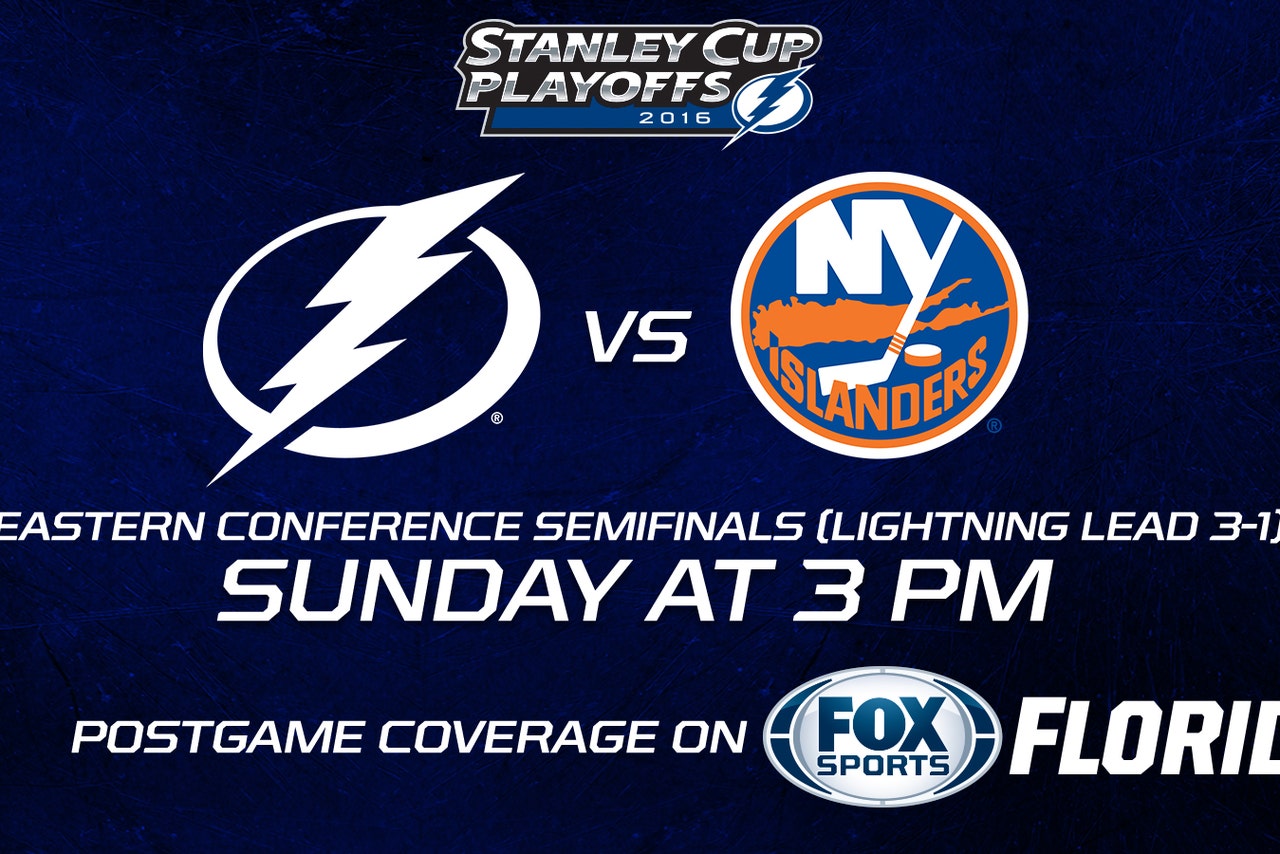 TAMPA, Fla. (AP) -- The Tampa Bay Lightning are one victory away from reaching the Eastern Conference finals for the second straight year, and they know it won't be easy to close out their second-round playoff series against the New York Islanders.

Even on home ice.

Despite leading the series 3-1, the Lightning have been outplayed for extended stretches, including much of the past two games, which Tampa Bay won in overtime on the road.

The Lightning won three of the first four games in their opening round series against Detroit, but needed a late goal from Alex Killorn and 34 saves from Ben Bishop in a 1-0 victory that finished that series in five games.

"It's definitely the toughest win to get," Garrison, who won Game 4 with a goal less than two minutes into overtime, said during a conference call Saturday, when the Lightning flew home from New York but did not practice.

"We've been in the position before. In the series against Detroit, I don't think we played our best," Garrison added. "Bish really stood on his head for us. So we learned from that to not try to give away too many chances."

It also was a travel day for the Islanders, who elected to practice in suburban Brandon at the suggestion of captain John Tavares.

"We didn't want to be sitting around too much when we got in. It was obviously an option skate ... but guys wanted to get their feet moving," Tavares said. "Getting the morning off, it's a bit of an odd schedule that we're not as accustomed to, so it was just, `Let's get here and skate if you want, if not do what you need to do to be ready."

Coach Jack Capuano was fine with the idea, adding "whatever the guys feel is necessary to do, I'm going to jump on the bandwagon with them."

Tavares is confident the Islanders can bounce back and keep the team's deepest playoff run since 1993 alive.

"We've been in elimination situations before, we fought them off and then a couple of times where we weren't as successful," Tavares said. "We just want to keep playing and build around the good things that we're doing and throw everything at them."

The Lightning are on the brink of returning to the conference finals in large part because of Bishop and another stellar postseason for Nikita Kucherov, who forced OT with third-period goals in Games 3 and 4 in Brooklyn.

The 22-year-old right winger had 10 goals and 12 assists in Tampa Bay's run to the Stanley Cup final a year ago. His timely goals -- with less than a minute left in regulation in Game 3, and eight minutes into the third period of Game 4 Friday night -- gives him a NHL-leading eight this postseason.

"It's players that were drafted with a talent base and a skill, but it's the mentality part that has to develop coming into pro hockey. How you prepare, how you play. You're playing against older, bigger, stronger men, and how are you going to survive in that," Cooper said during Saturday's conference call "And all these guys have made that conscious choice to do all the little things you need to do to be successful in this league."

Kucherov scored 30 goals this season, second behind Stamkos' 36. He led the team with 66 points.

"Ultimately I think goal scoring is something that comes natural to Kuch. It's all the other things that he had to slowly learn," Cooper said. "To get yourself in a position to score goals, you have to do all those other things. He made a conscious choice to be better in those areas, and it's paying mass dividends now."