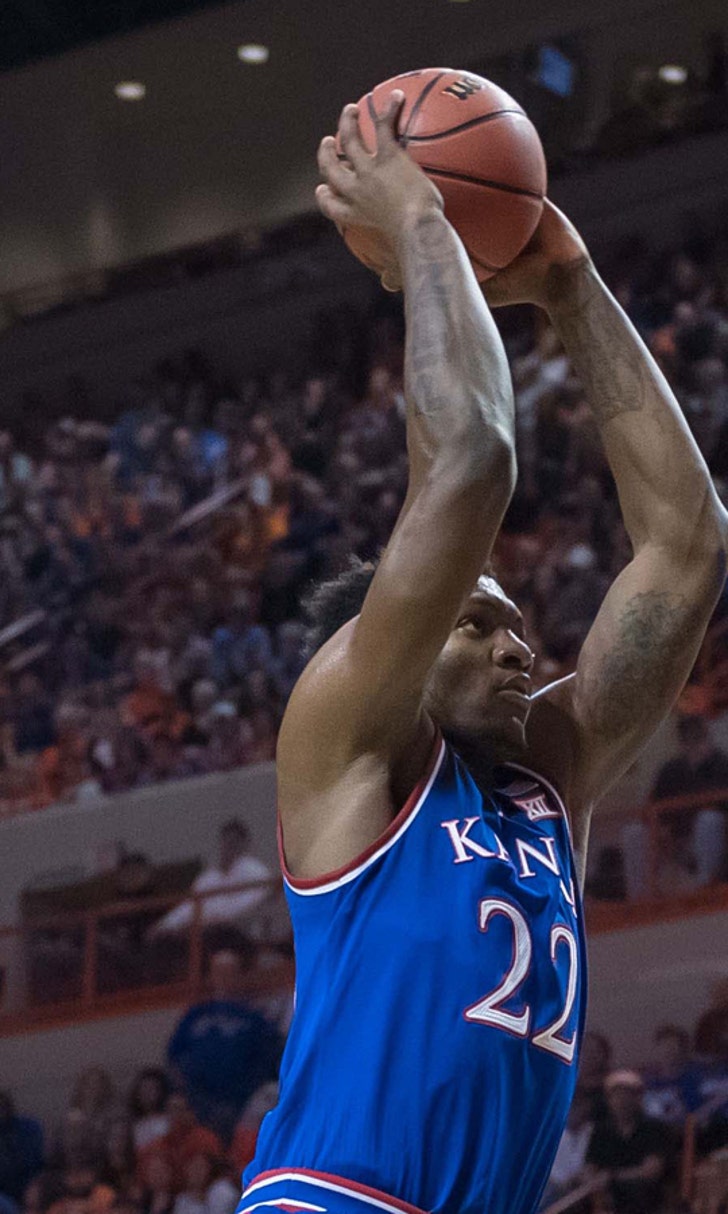 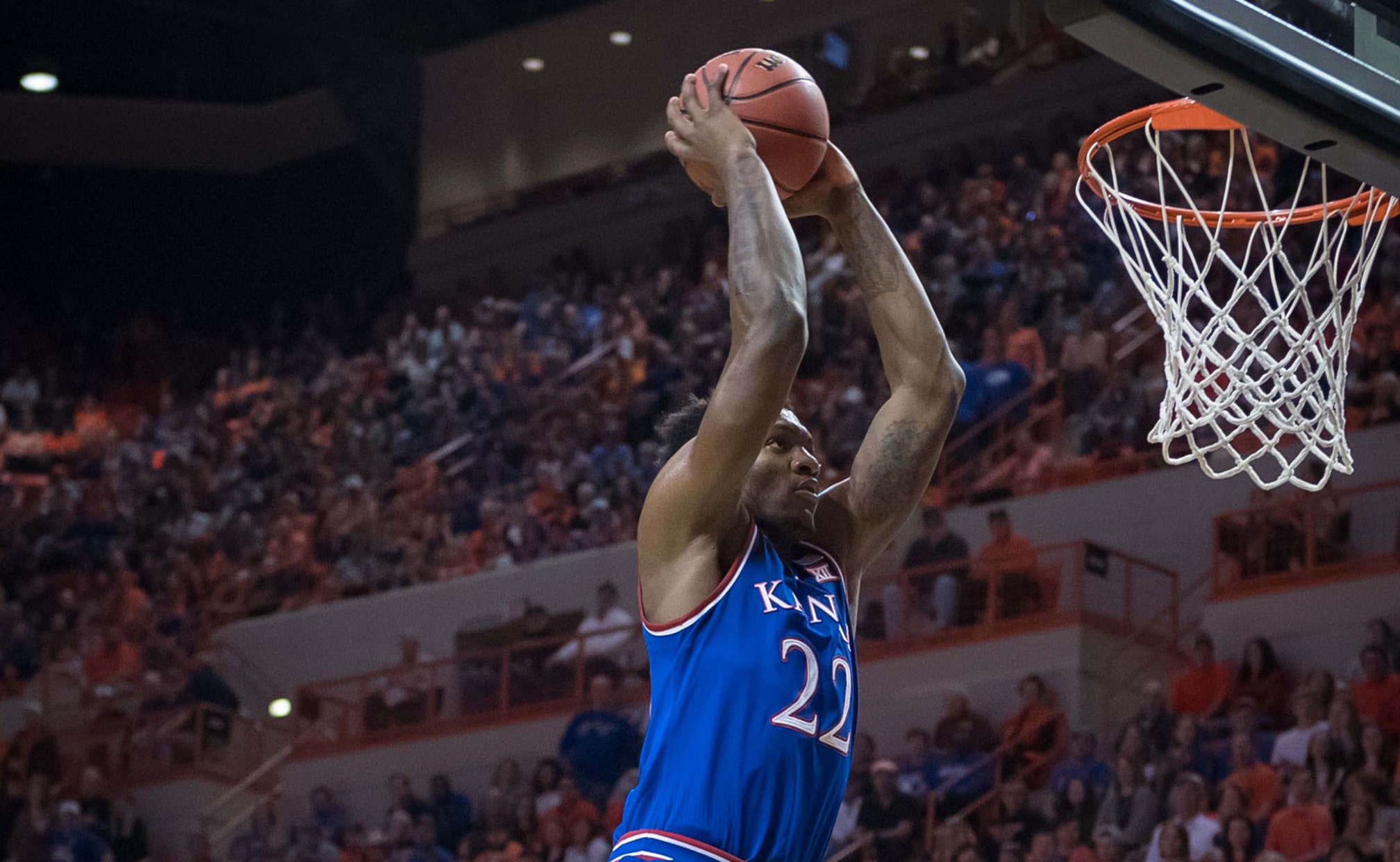 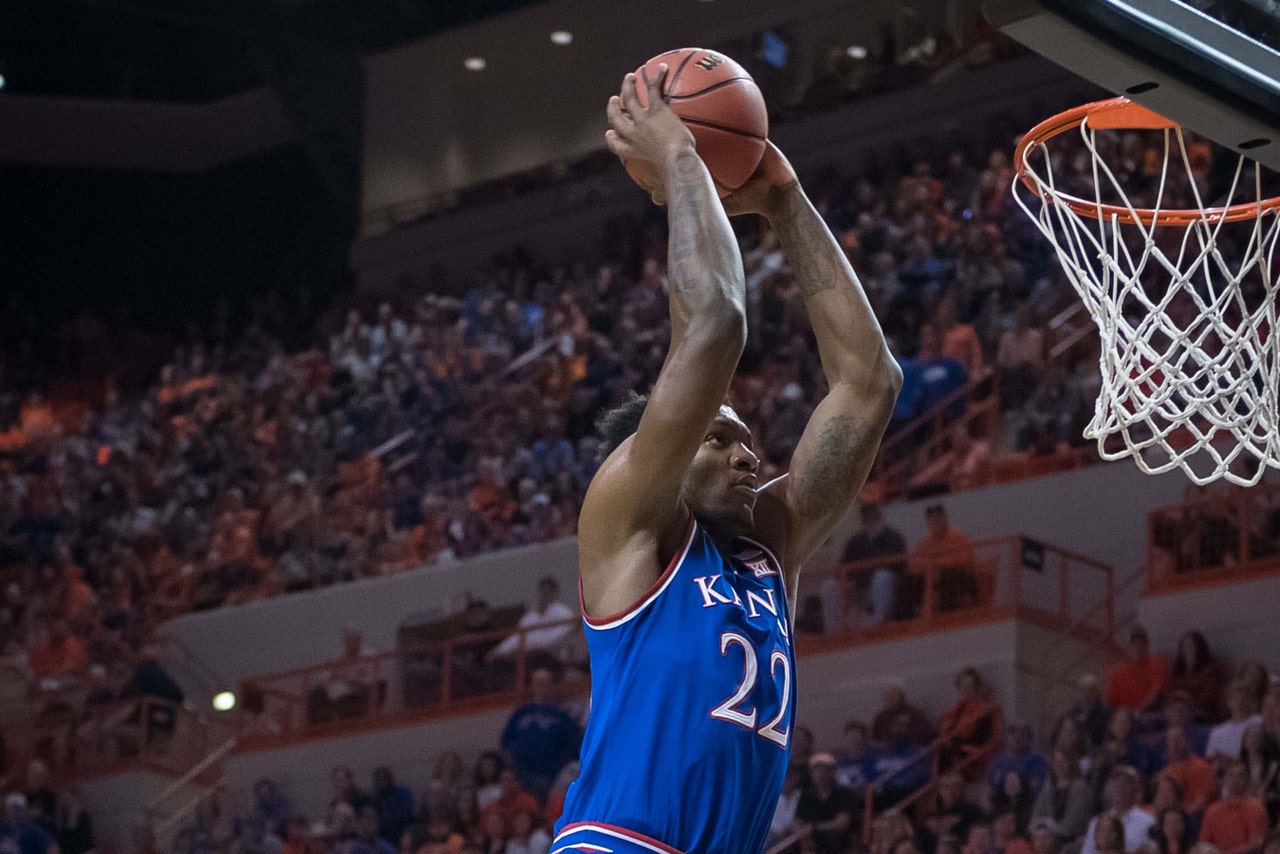 Silvio De Sousa arrived at Kansas for the second semester last season and played an integral role in its Final Four appearance.

LAWRENCE, Kan. — The NCAA declared Kansas forward Silvio De Sousa ineligible for the rest of this season and next season late Friday, dealing a significant blow to a team that began the season with national title hopes.

De Sousa's name surfaced last summer in an FBI probe into corruption in college basketball centered on officials linked to apparel company Adidas. The NCAA found that De Sousa's guardian, Fenny Falmagne, had received a $2,500 payment from a "university booster and agent" and agreed to an additional $20,000 payment from the same individual and an Adidas employee for securing his commitment to Kansas.

The school, which has been cleared of any wrongdoing in the case, indicated in a statement late Friday that it would appeal the ruling. Falmagne has denied receiving any payments.

De Sousa hasn't played for the No. 11 Jayhawks this season. Kansas had withheld the 6-foot-9 sophomore from competition, pending the results of the investigation.

"We are shocked and incensed by today's decision," Kansas athletic director Jeff Long said. "This was clearly an unfair and punitive ruling for a young man who had no knowledge of any NCAA violation, nor did Silvio personally benefit from the violation. While we will continue to work with the NCAA on the broader matter, we have an obligation and a desire to advocate for our student-athletes."

Kansas' argument hinges on the fact that any payments made to Falmagne were done without the player's knowledge, and that De Sousa should have been given leniency in any punishments.

In its ruling, though, the NCAA made it clear that ignorance is no defense.

"Membership guidelines state the starting point for these violations is permanent ineligibility, but the NCAA staff recognized mitigation based on the specific circumstances of this case."

The slow pace of the NCAA investigation has worn on Kansas coach Bill Self, who has been left in limbo in trying to piece together his lineup for the remainder of the season.

"In my 30-plus years of coaching college basketball, I have never witnessed such a mean-spirited and vindictive punishment against a young man who did nothing wrong," Self said. "To take away his opportunity to play college basketball is shameful and a failure of the NCAA."

De Sousa's attorney, Scott Tompsett, had pushed for immediate reinstatement last month, saying that his client had cooperated with the investigation and shouldn't be punished for the actions of adults.

"He did everything he was supposed to do and was asked to do to become an eligible student-athlete at the University of Kansas," Tompsett said. "Silvio followed the rules. He did nothing wrong."

The Jayhawks (16-5, 5-3 Big 12) could have sorely used De Sousa's help. They lost star center Udoka Azubuike to season-ending wrist surgery a couple of weeks ago, and they have lost three of four heading into an important showdown with No. 16 Texas Tech on Saturday at Allen Fieldhouse.

De Sousa's name came up during the FBI probe when AAU coach T.J. Gassnola, a former Adidas consultant, testified that he facilitated payments to Falmagne in an attempt to steer the prospect to Kansas.

Gassnola insisted that Self and the Jayhawks' staff did not know about the payments, though, and the Hall of Fame coach forcefully maintained De Sousa's innocence Friday night.

"Silvio is a tremendous young man who absolutely deserves to be on the court with his teammates in a Jayhawk uniform," Self said. "This process took way too long to address these issues."