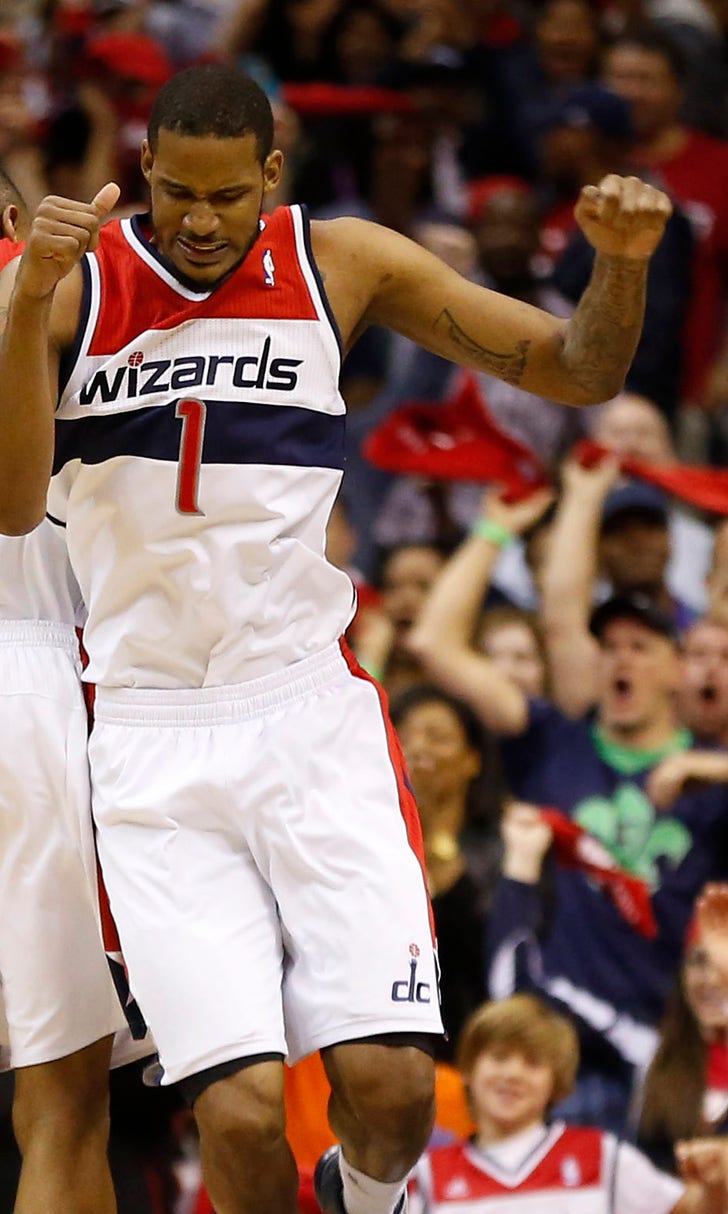 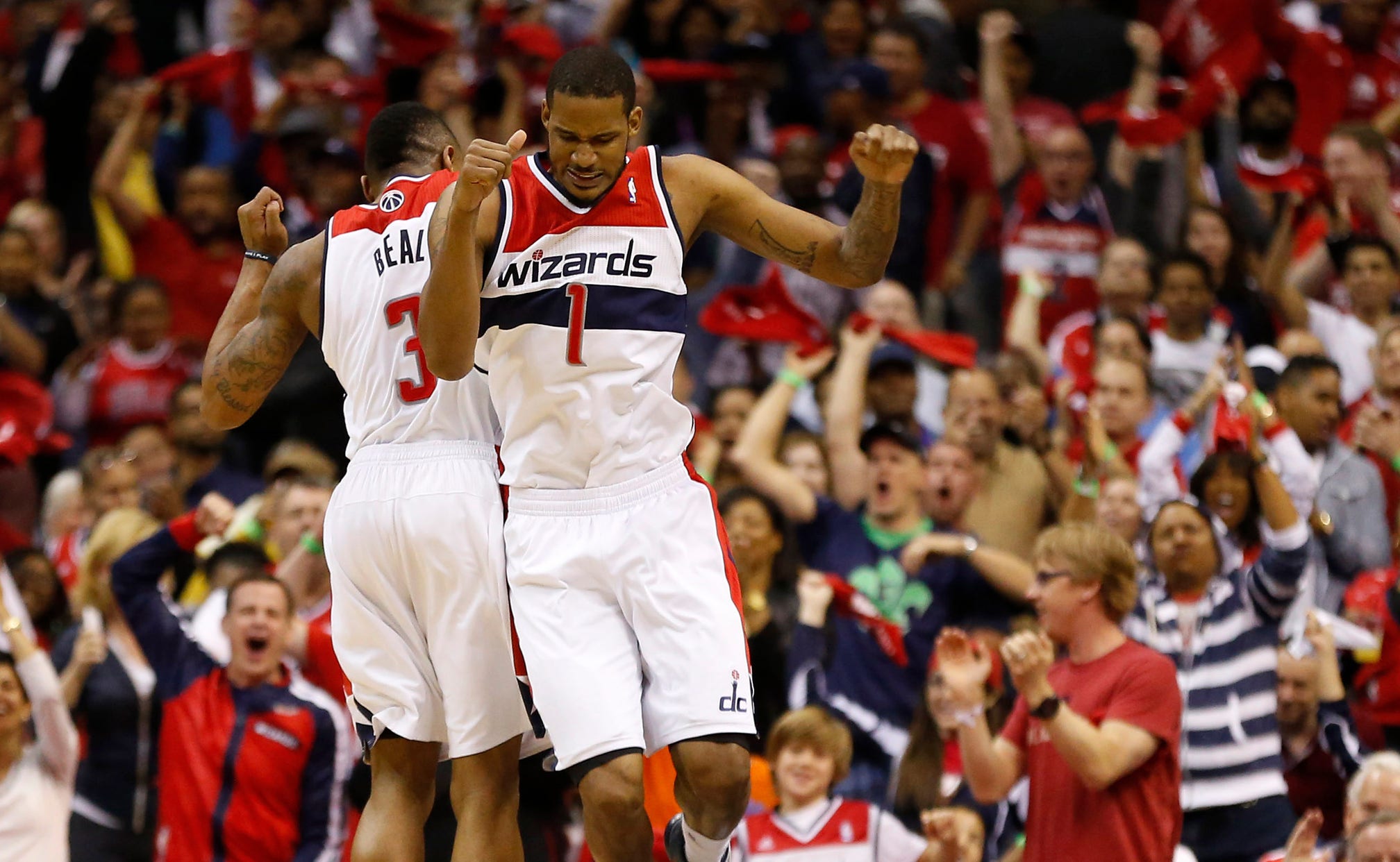 More daily NBA playoff thoughts. I cannot promise there will only be one post per day...

1. With John Wall, Bradley Beal, Nene, Marcin Gortat, et al, the Wizards think they can win this thing. Not just this Eastern Conference semifinal vs. the favored Pacers -- the whole thing. As in, the NBA title. Call it the simple-mindedness of playoff first-timers, but you can't blame the Wizards. They feel their starting five (which also includes Trevor Ariza) can match up with anyone.

2. The Wizards will deny all this, of course. They'll tell you they are taking it a game at a time. Every athlete and coach says that, and they really do mean it. But the reality is, they all see the bigger picture. They all have a larger goal. But they try to convince themselves that you need to focus on the next moment. That's why they keep repeating that clichÃ© to the media and fans. They really want to believe it. But short goal for the Wizards: Split the first two games in Indiana. Bigger goal: Championship.

3. So it's the battle of the Wizards and their Backcourt of the Future vs. the Pacers' mindset of We Need to Win Right Now. The good news for Indy is Paul George really pulled it together in Game 7 vs. the Hawks. George hasn't been bad during the Pacers' recent struggles (far from it), he just wasn't quite as good as he was Saturday. In that deciding game, George scored a career high in the playoffs (30 points) -- and basically put the team on his back when the Pacers needed it most.

4. A key matchup, of course, will be Wall vs. George Hill. If Hill struggled to keep the Hawks' Jeff Teague in front of him ... well, Wall is even faster. I mostly look forward to seeing how the Beal fares against the Pacers' Lance Stephenson. And Ariza is a highly underrated defender who could get under George's skin.

5. OK, I've probably talked about that series enough (for now). Clearly, the other three matchups are equally exciting, especially if you base it on the first round. Then again, it's like the Heat aren't even in these playoffs. It's like they're off competing for the Euro Cup or something.

6. I think every team remaining in the playoffs (and some eliminated) is deeper and at least as well-coached as the Heat. In fact, I think, overall, the Nets are more talented. But the Nets don't have LeBron James. I have no rooting interest in any of these series. I do really, really like the Nets, though. It would be nice to see Kevin Garnett and Paul Pierce get back to the Finals. I'd be surprised if KG is back next season. But I don't think they have a chance. LeBron is just too much.

7. It will be the Clippers and Spurs in the Western finals. I'll give my reasons why later. Until then, enjoy the games.