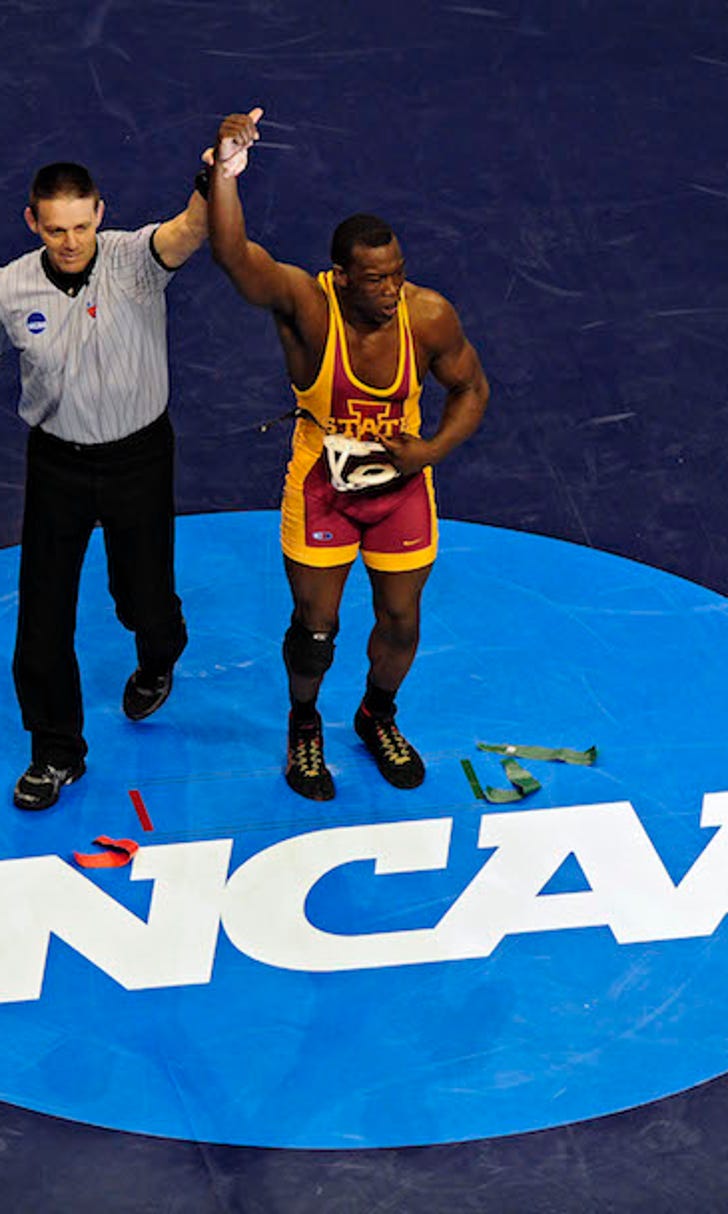 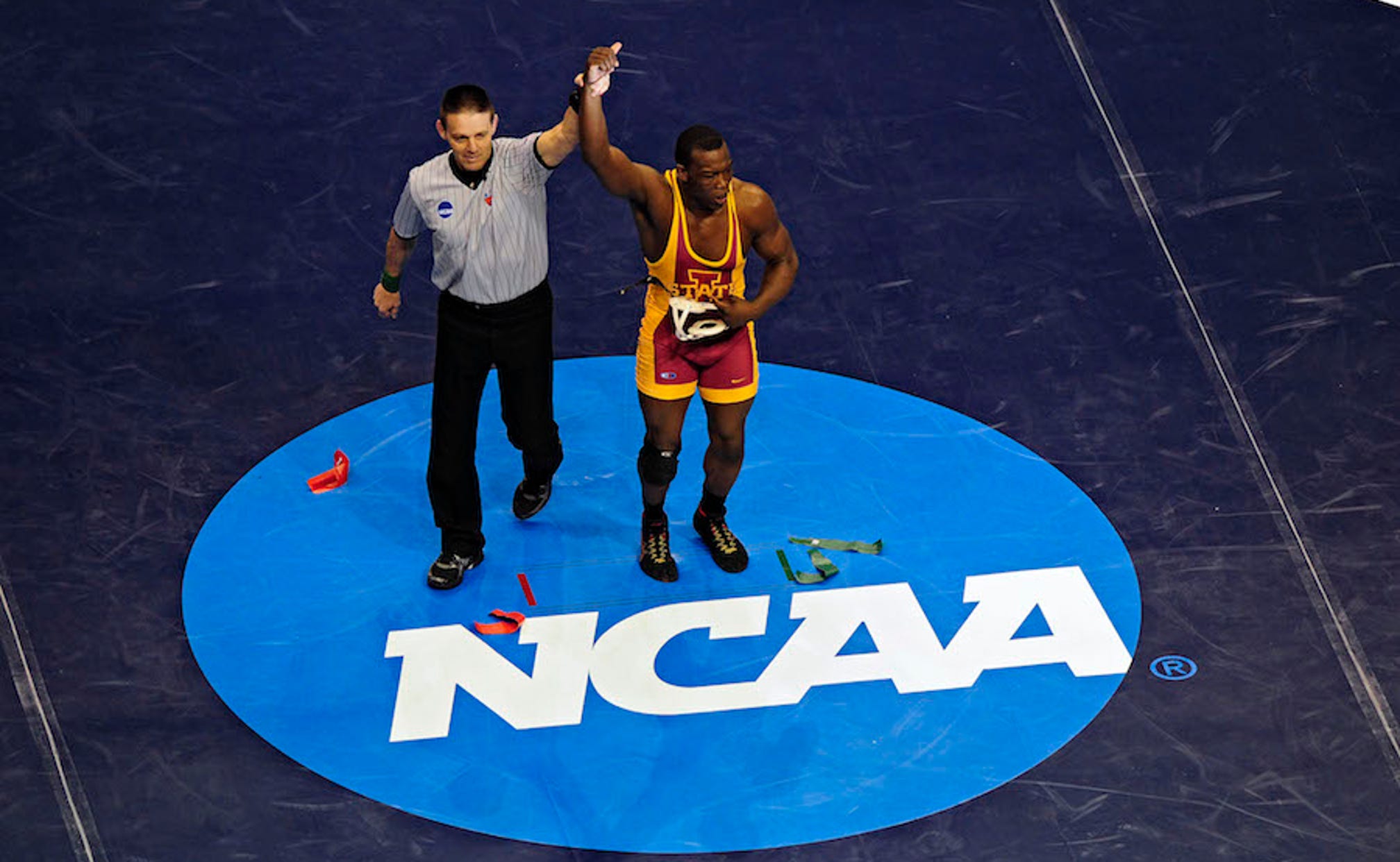 Maybe it's that he had to sacrifice sweets in order to make weight and just really felt a craving, or maybe he wanted to change the subject so he didn't cry. In any case, when ESPN's Quint Kessenich sought to capture an emotional moment with Gadson, who lost his father and coach Willie after a battle with cancer two years ago, Gadson gave a pretty hysterical remark instead:

Here's the full match if you'd like to watch "The Gadson," and here's the champ at a post-match press conference talking about his father and future plans.

His immediate future plans ought to involve a few scoops of Cookies 'n Cream or Rocky Road or some "Gadson" concoction we've never heard of before.