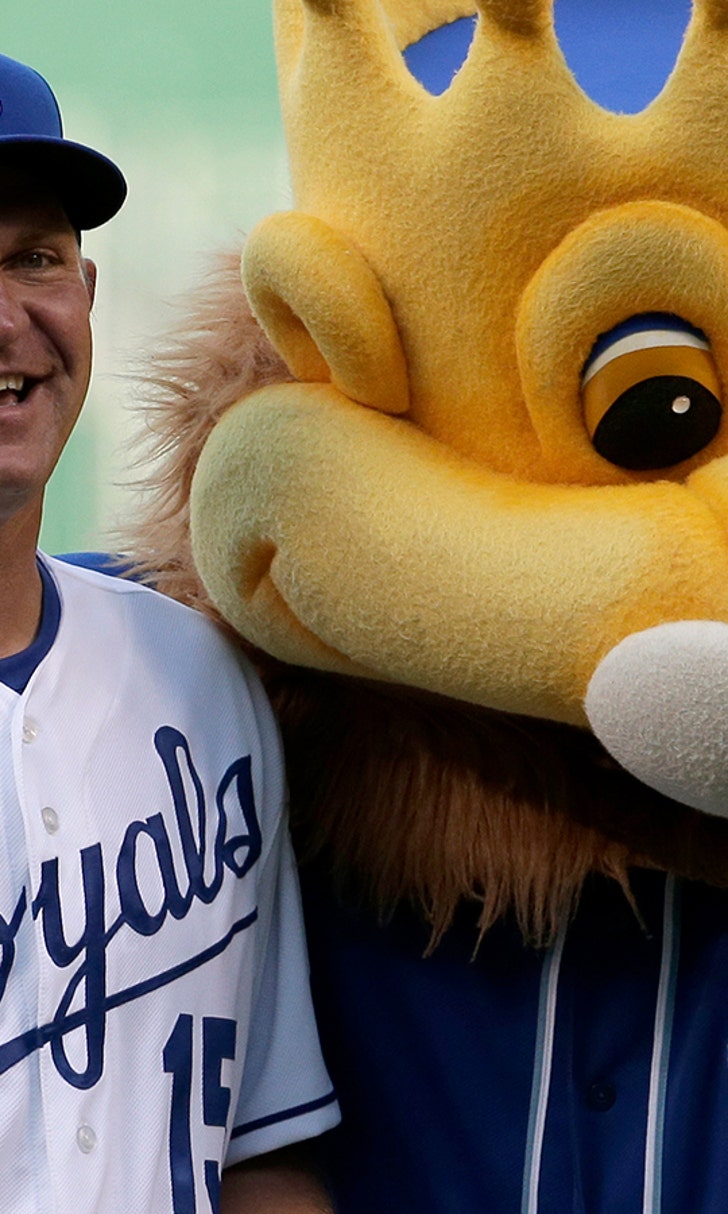 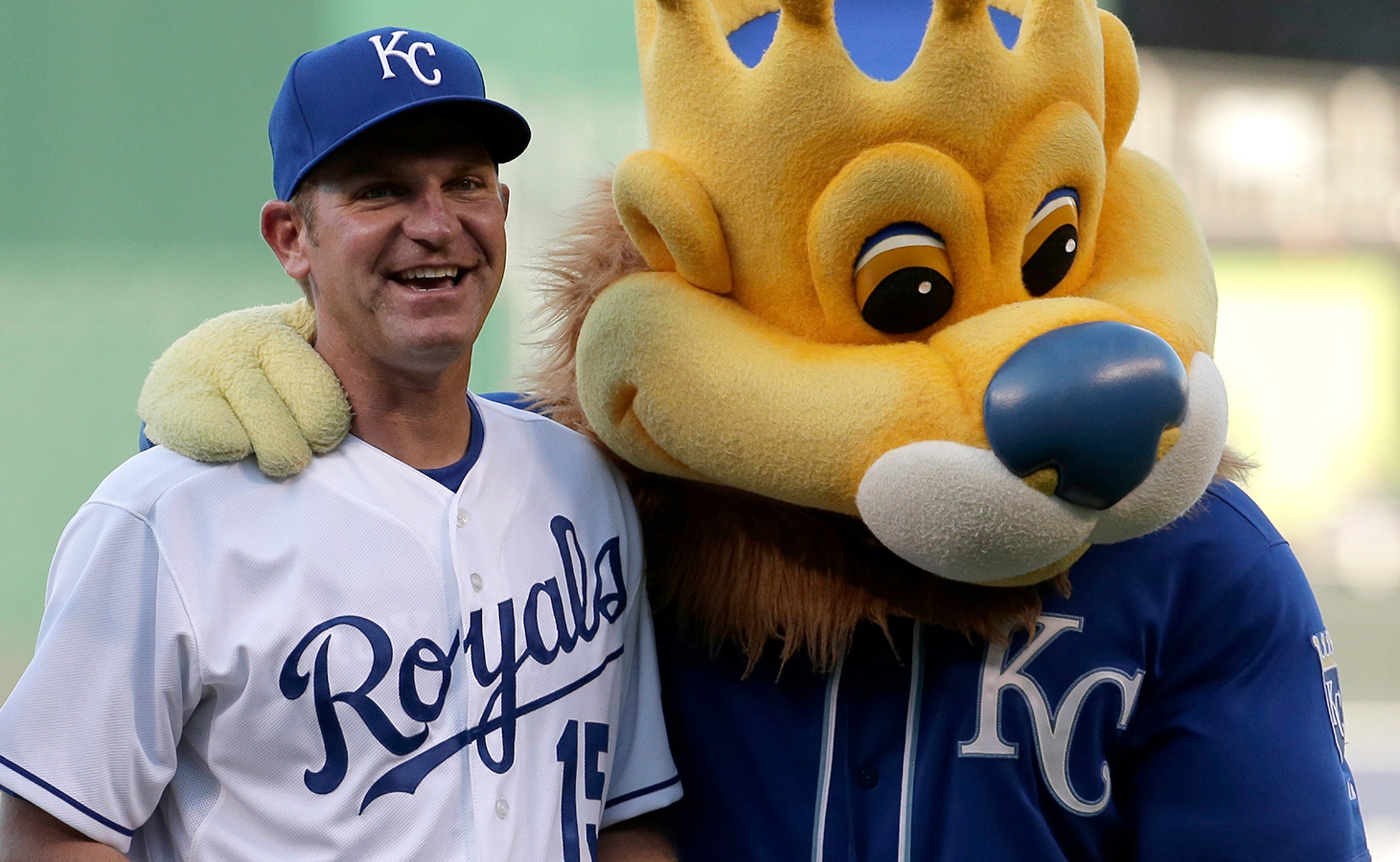 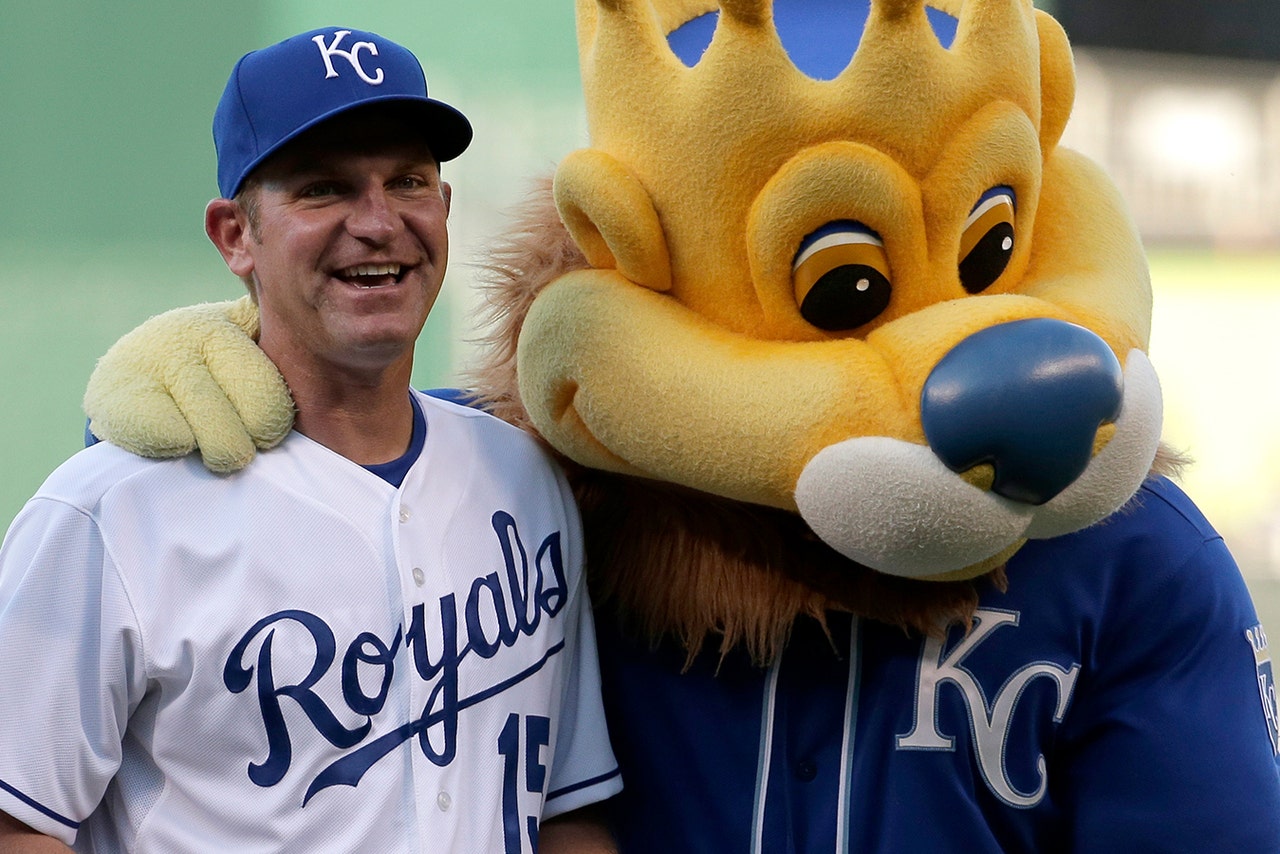 KANSAS CITY, Mo. -- The first thing Ned Yost asked Clint Bowyer when the Royals manager called the NASCAR driver into his office Wednesday night was for some much-needed help with his lineup.

Bowyer pointed out that Jimmie Johnson and Kevin Harvick have been dominating on the 1 1/2-mile tracks lately, and Jeff Gordon always runs well at Kansas Speedway. But Bowyer must not have made a case for himself for Saturday night's Sprint Cup race just across the state line.

Bowyer, who grew up in nearby Emporia, Kansas, made his way to Kauffman Stadium as a guest of the Royals for their game against the Cleveland Indians. Along with pulling on a complete uniform -- No. 15, of course -- he took batting practice and shagged fly balls before the game.

With an inside-out swing that looked like someone chopping wood, Bowyer managed a couple of lazy pop-us toward first base during his turns in the batting cage.

Asked about his baseball experience, he replied: "None."

"Well, I played t-ball," said Bowyer, who fared better throwing out the ceremonial first pitch. "Most of my baseball experience is tailgating in the parking lot, and eating a hotdog and drinking a beer in the grandstands."

Bowyer is an ardent fan of all things Kansas City, but especially of the Royals. He grew up watching George Brett during the 1980s, when the franchise was always in the playoffs. And then he weathered the 1990s and 2000s, when they were the laughingstock of baseball.

So when the Royals made a dramatic run to the World Series a year ago, you can bet Bowyer made it back to the K. He was on hand for Game 2, which the Royals won 7-2 over the Giants.

Bowyer had an opportunity visit with Yost before that game, too.

"He's like, 'Come in here!' Wanting to talk racing, catch up with his fantasy stuff," Bowyer recalled. "I'm like, 'You kidding me? You've got to work!' Just neat to see him in such an extreme moment and so chill and relaxed and ready for battle. That was neat to see."

For his part, Yost is a self-described NASCAR junkie. He was good friends with the late Dale Earnhardt, and remains close to the people with Richard Childress Racing -- the same team that gave Bowyer a chance after he'd proven himself on local Midwestern short-tracks.

"I'm no longer at RCR," said Bowyer, who drives for Michael Waltrip Racing these days, "but obviously he's still very close to a lot of people that are on the team. And it's just neat to come into his world. He's so calm and chill, and he just wants to talk racing."

Bowyer would rather talk about baseball the way things have been going.

After finish seventh in the season-opening Daytona 500, he has just one other top-10 finish -- ninth two weeks ago at Richmond. He started 10th a week ago at Talladega and was running near the front before getting caught up in a late wreck, ultimately finishing 30th.

Yost happened to have him in his fantasy lineup for that race, too.

Bowyer has always considered Kansas Speedway his home track, and winning there would mean nearly as much to him as winning the Daytona 500. But it sure hasn't been kind. He has just two top-five finishes in 13 starts in the Cup series, and finished 23rd in the race last May.

"Kansas has always been a lot of fun because of your family, your friends, everyone you grew up with, went to high school. It's a crazy following you have," he said. "But when you come back, you're really, really busy. But it's fun. It means a lot to you. But it's weird for the family because it's without a doubt the busiest weekend of the year for me. Without a doubt."