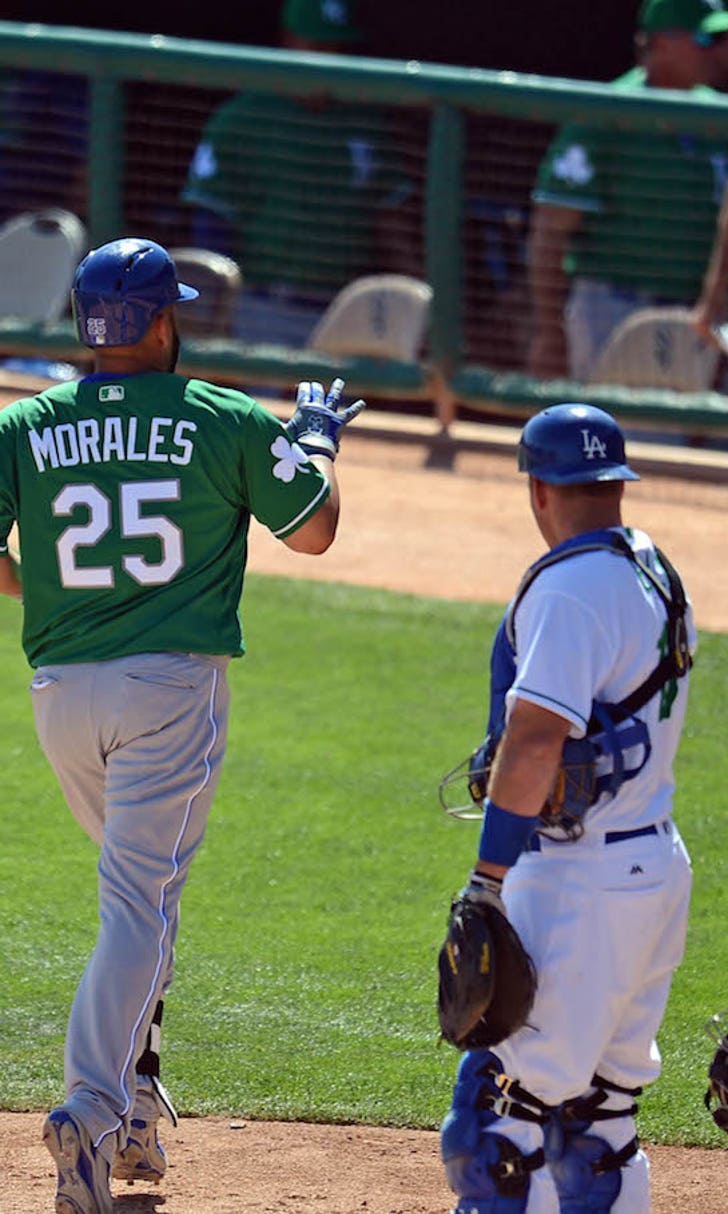 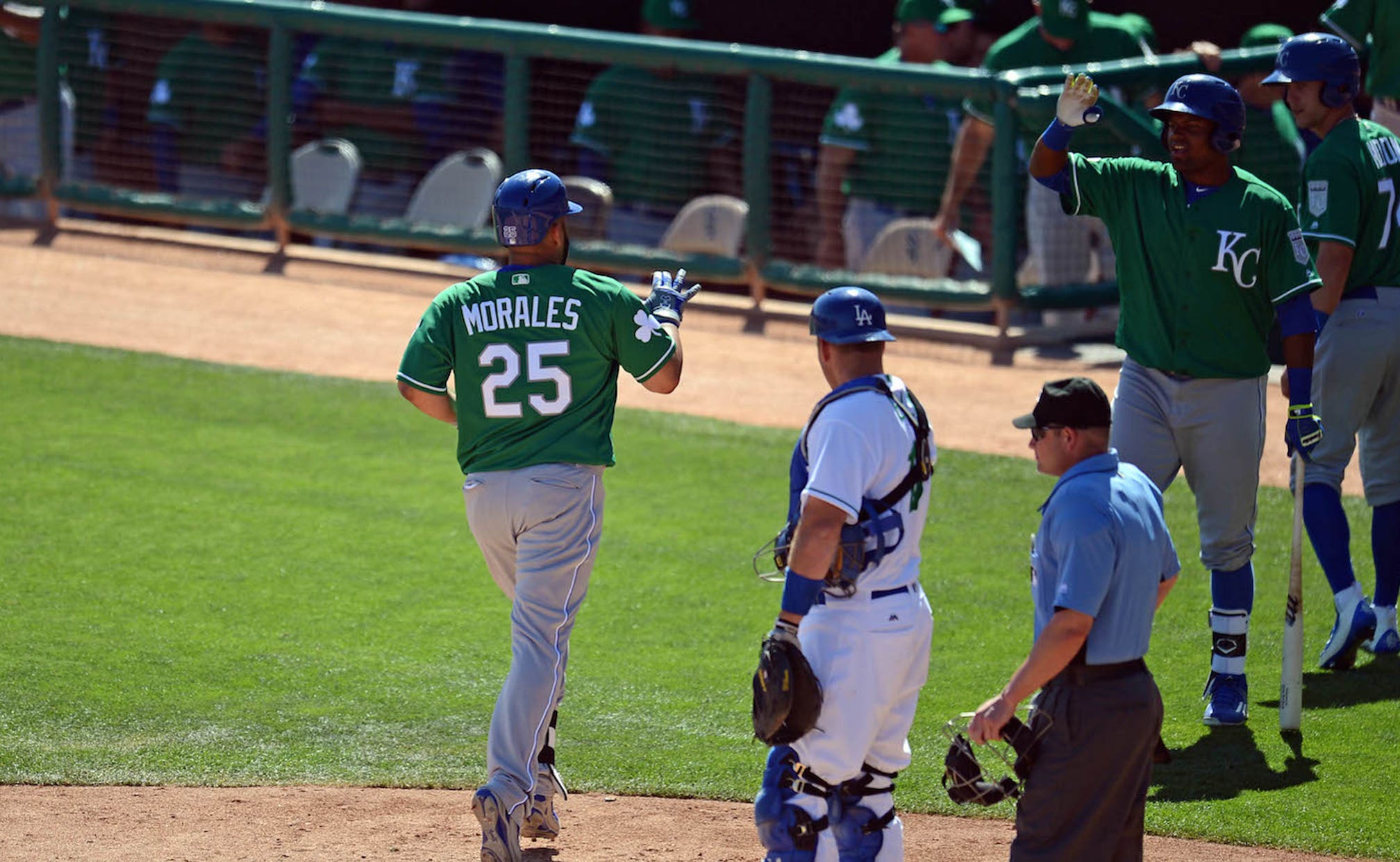 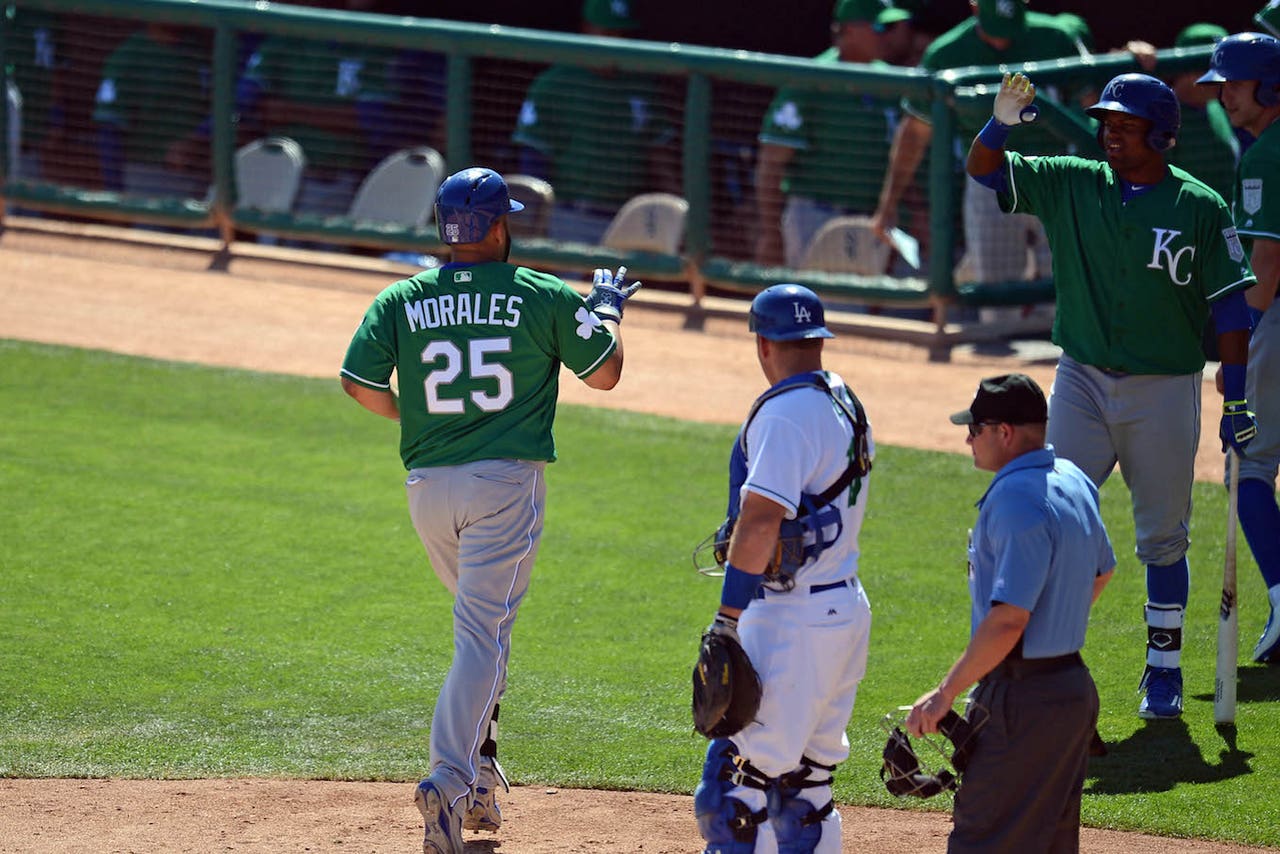 Morales also singled in the first off Dodgers left-hander Alex Wood, who gave up one run on four hits in three innings in his second spring start.

"It was a productive outing," Roberts said. "The ball was coming out of his hand really well. He mixed in some change-ups. He commanded the fastball."

Royals: Right-hander Kris Medlen worked four innings in his third spring start, giving up one run on three hits and striking out four.

"I felt it was similar to my last start," Medlen said. "I had to get used to the mound. I was able to make the adjustment. The hits I gave up for runs were strikes, on 0-2 and 1-2. I just tried to pound the zone."

Dodgers: Woods was scratched from a scheduled start last weekend because of tightness in his forearm.

"It felt good, it was good," Woods said Thursday. "I had one goal and that was to be efficient."

Roberts said the Dodgers would probably break camp with Woods as the No. 4 starter behind Clayton Kershaw, Scott Kazmir and Kenta Maeda.

The fifth spot is still up for grabs, with Brandon Beachy, Mike Bolsinger and Zach Lee the contenders.

Julio Urias, a 19-year-old pitching prospect, was one of seven players cut Thursday by the Dodgers. He was re-assigned to minor league camp.

Urias had been in the hunt for the fifth spot in the rotation. But his inexperience led to mistakes in his two spring appearances. He gave up four runs on five hits over three innings. Still, his potential was evident when he struck out the first three batters he faced.

Royals: OF Jarrod Dyson (strained abdominal muscle) has begun throwing. There is no timetable on when he can begin hitting. He is expected to miss the first two weeks of the regular season. ... RHP Brian Duensing suffered a bruised ankle Wednesday in a 10-0 victory over the Cubs.

Dodgers: Howie Kendrick is expected to be back at second base Friday against the Diamondbacks. Kendrick, who was a designated hitter in a Tuesday game, is coming back from a groin injury.

Royals: Kansas City plays split-squad games Friday, one in San Antonio against the Rangers. RHP Dillon Gee is set to start against Rangers LHP Derek Holland. The other game is at the Royals' spring home in Surprise, with Miguel Altamonte facing the Angels' Matt Shoemaker in a match of right-handers.