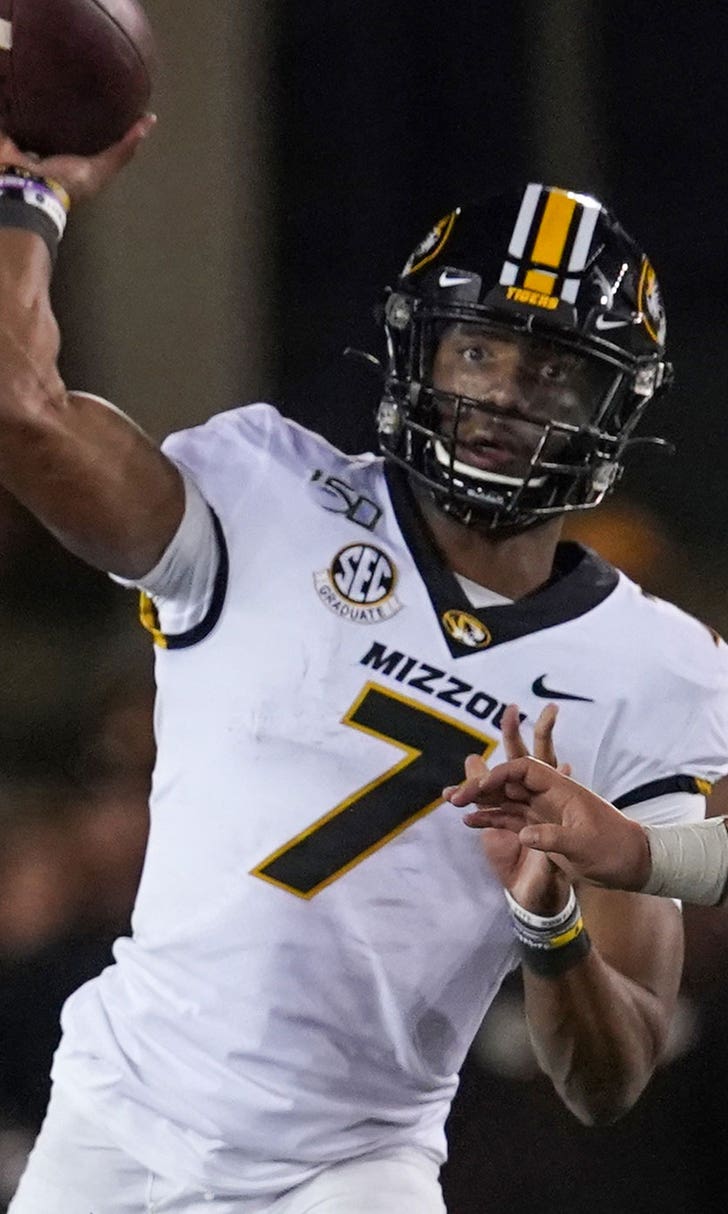 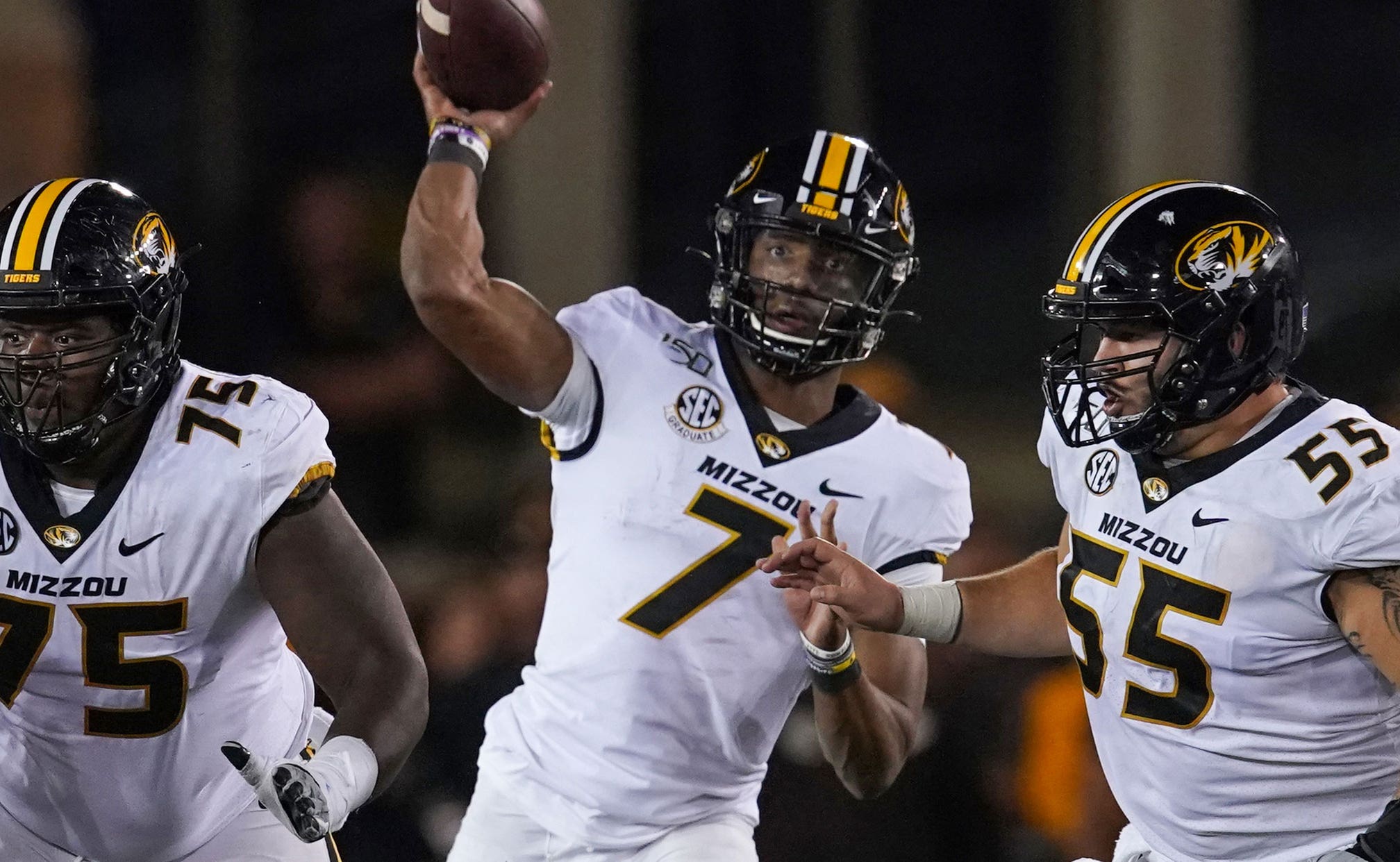 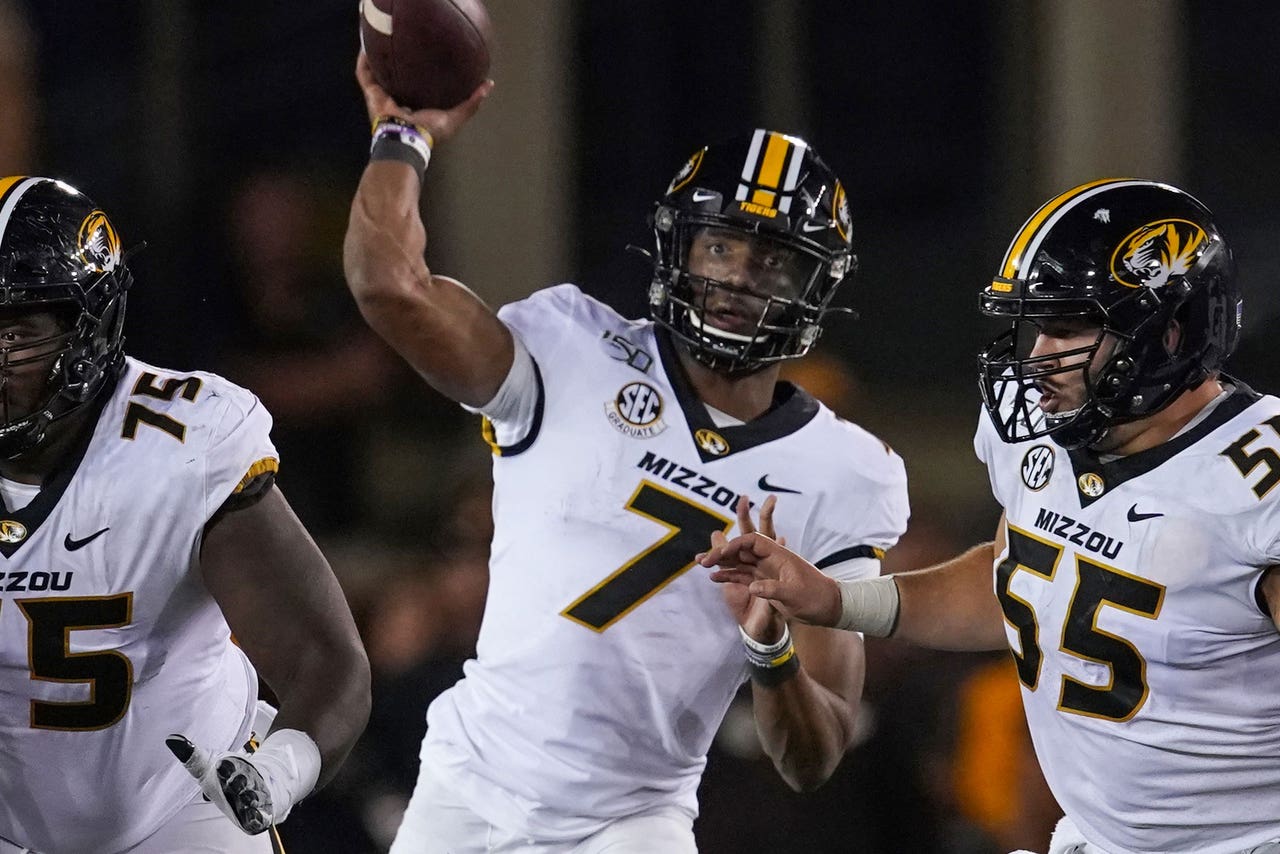 COLUMBIA, Mo. — Missouri coach Barry Odom insisted all offseason his team is good enough to play with just about anybody into the fourth quarter.

Turned out lousy for the Tigers last weekend.

Despite a frantic late rally, Missouri fell 37-31 at Wyoming in one of the big upsets so far this season. The Tigers allowed 297 yards and three touchdowns on the ground, and not even a 423-yard passing performance by transfer quarterback Kelly Bryant could save them.

"Obviously, not the start that we were anticipating there," Odom said. "We understand who we are and any game that if we prepare the right way and then we go execute, any game that we've got on our schedule will be decided in the fourth quarter. That's who we are as a team."

That's not so bad against the likes of Alabama. Not so good against Wyoming.

Now, the Tigers get a chance to right a start that went completely wrong when West Virginia visits Saturday. The Mountaineers are in a rebuild after coach Dana Holgorsen left for Houston, and they needed 10 points in the fourth quarter to squeak out a 20-13 win over James Madison in their opener.

"The run game was really poor," said Brown, who'd been banking on the run game being one of the most experienced units on the team. "You can look at the stat sheet and say that. I think we lacked physicality across the board. It's easy to blame the O-line or the running backs in the run game, but everybody has a piece in it. It just wasn't very good."

The two schools, which will always be tied together for their roles during conference realignment — the Tigers bolted the Big 12 to the SEC, the Mountaineers backfilled from the old Big East — are meeting for just the third time, most recently in 1994.

In his first start since transferring from Clemson, Bryant was at turns dynamic and dismal. He had some gaudy passing numbers, including a couple of touchdown throws, but often fled the pocket too early and threw an interception.

"Kelly hadn't played in a year, basically," Odom said, "but out of the gate he played pretty well. We always would like a couple back."

West Virginia quarterback Austin Kendall wants to see overall improvement in the offense after a sluggish start. The Mountaineers were outgained 328-294 by James Madison.

The Tigers hardly tackled during training camp in an attempt to stay healthy, and it showed in their inability to stop the Cowboys last weekend.

"I'm not raising the level of concern," Odom said. "I need to see a little bit more of the body of work to see where we stack up."

Missouri linebacker Cale Garrett had 16 tackles against Wyoming, which makes one wonder how many yards the Cowboys would have had without the senior on the field. It was the most by a Missouri player since Kentrell Brothers had 17 against Georgia in 2015, the year he led the nation in tackles.

Bryant isn't the only transfer Missouri is leaning on this season. Wide receiver Jonathan Nance, who led Arkansas in receptions and yards receiving last season, had three catches for 62 yards and two scores against the Cowboys.