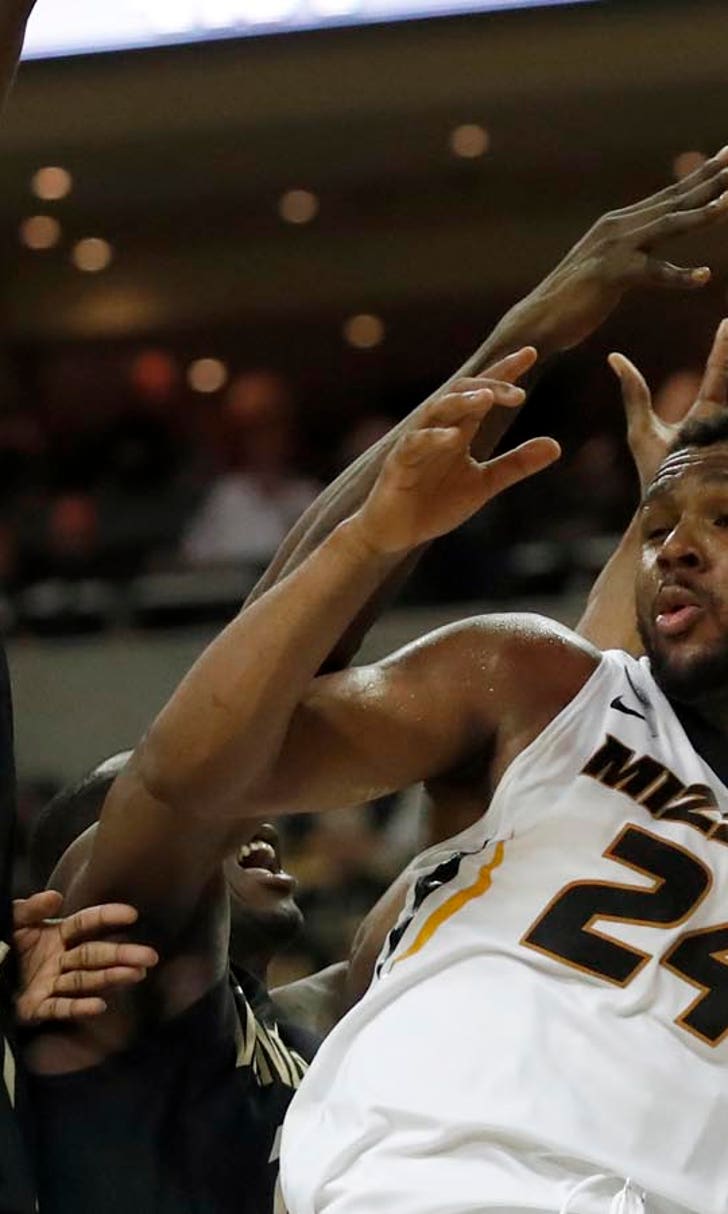 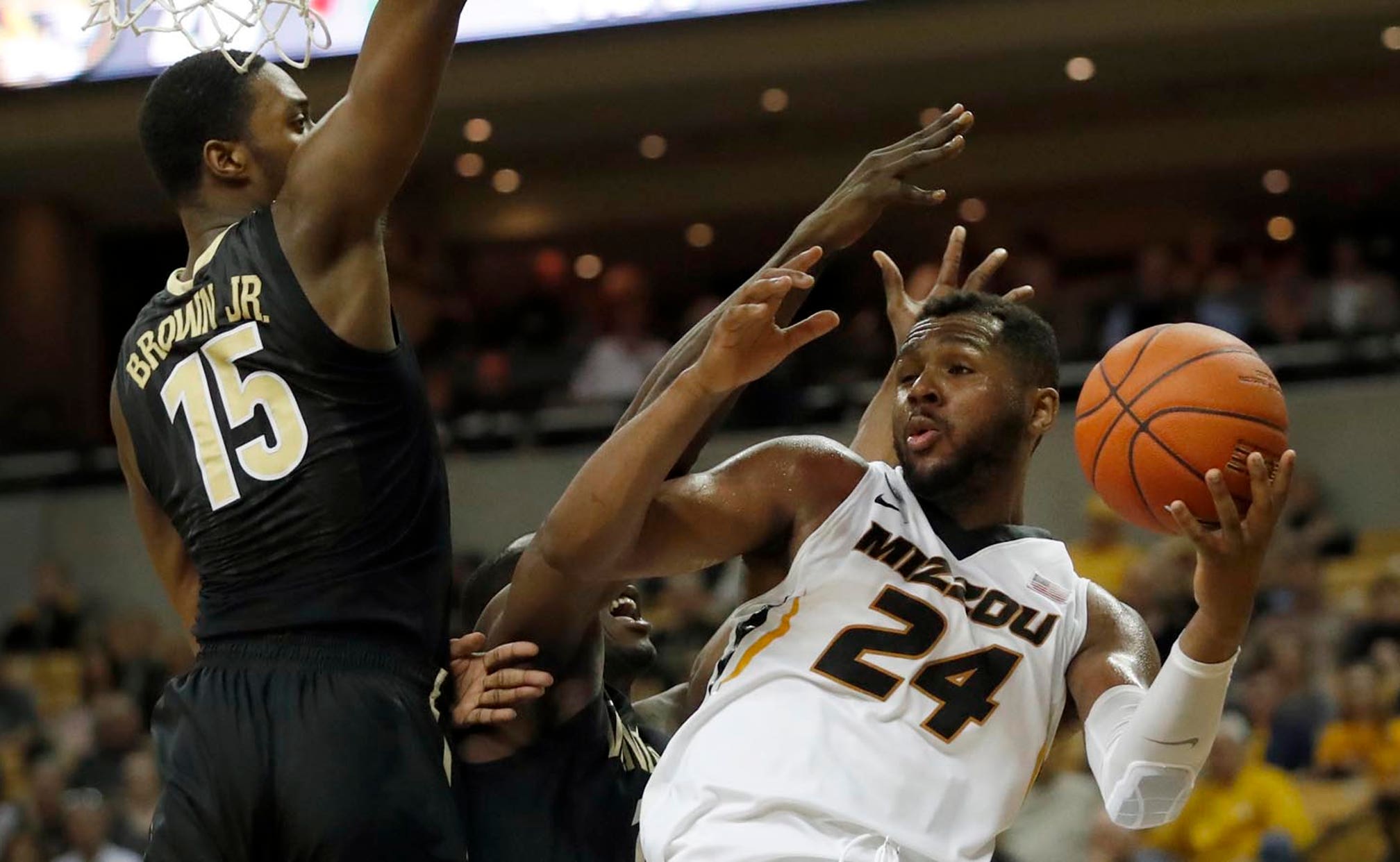 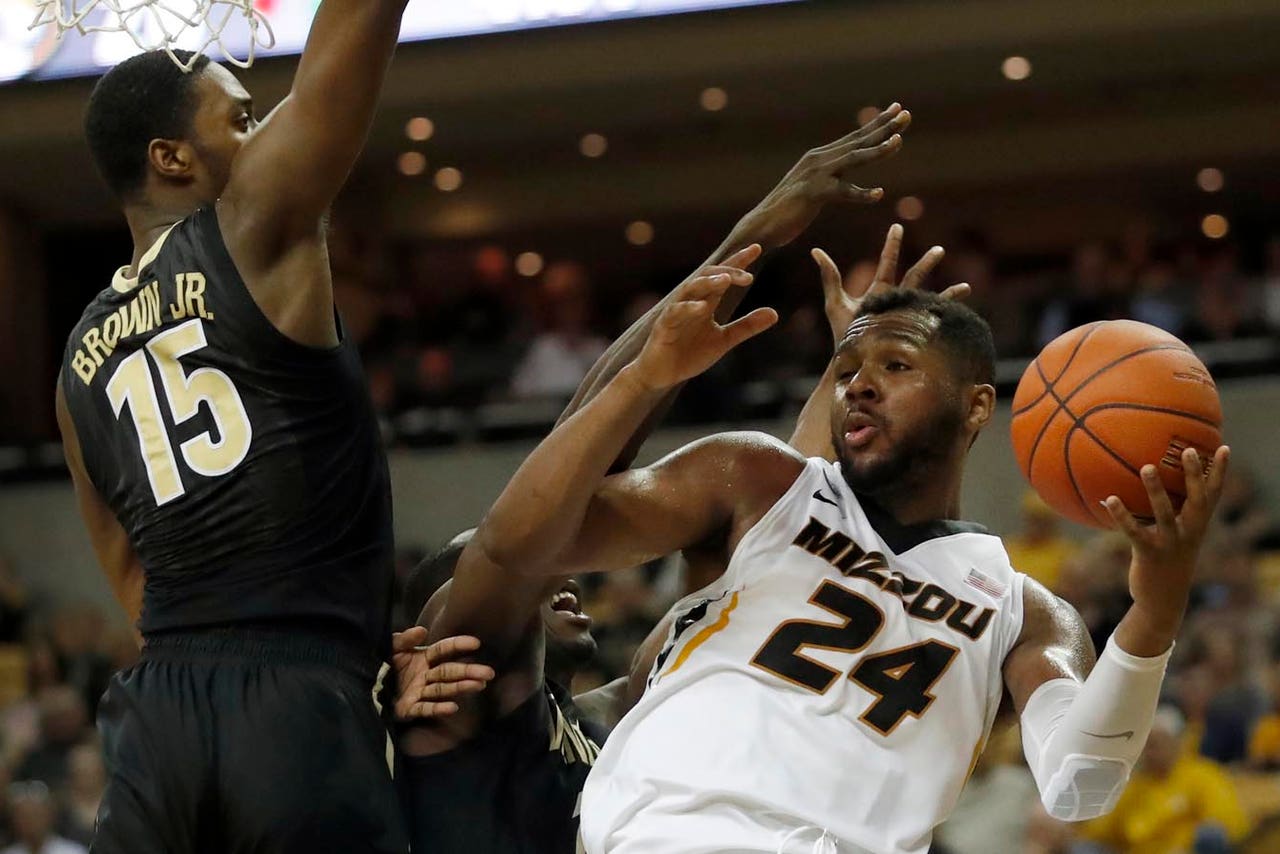 COLUMBIA, Mo. -- Jordan Barnett matched his career best in scoring just three days after he achieved it as Missouri defeated Vanderbilt 72-52 on Saturday.

Barnett scored a career-high 23 points in a 76-73 loss at Texas A&M on Wednesday and did it again in Mizzou's win on Saturday.

"It was really fun," Barnett said. "Not just from the standpoint of me scoring, but I know I played as hard as I could. We played extremely hard and it seemed like we forced them to lay down and we took over. It feels really good to be able to win in that fashion."

"I'm really proud of him because I've been hard on him," Missouri coach Kim Anderson said. "He's finally being more aggressive for longer. I think he tended, in the past, to defer to other people, and he's a very talented basketball player. I think he took advantage of his opportunities tonight."

"We knew that he was coming in very hot," Vanderbilt coach Bryce Drew said of Barnett. "He makes 3s in a variety of ways, he gets to the rim and we knew the scouting report coming in. Unfortunately, he hit some tough shots with guys in his face, so you've really got to credit him."

Missouri led 35-29 at halftime after shooting 50 percent from 3-point range in the first half. Back-to-back 3-pointers from Puryear sparked an early 11-0 run that lasted 3:14 and gave the Tigers a seven-point lead, its largest of the half.

The Commodores (12-13, 5-7) entered the game leading the SEC in 3-pointers made, but struggled from distance, shooting just 21.4 percent, including 1-for-15 in the second half.

"We feed off the three-point shot," Drew said. "We win games by it and we lose games by it. It's just how this team is built. I thought we had some really good looks, especially in that second half. When you miss and you don't get any easy baskets, it's hard to work your way back into the game."

Phillips was knocked to the ground as the first half expired and had to be restrained by teammates and referees while Vanderbilt made its way to the locker room. After both teams had left the floor, Jordan Geist and Jeff Roberson received technical fouls. The Tigers were involved in a similar halftime skirmish in a 71-66 loss at Georgia on Jan. 7. Phillips finished with 12 points and six rebounds.

The Tigers continued their hot shooting in the second half, led by Puryear and Barnett, who combined to shoot 8-for-11 from 3-point range. With its offense clicking, Missouri played perhaps its best defensive half of the season, holding the Commodores without a field goal for the final 12:13.

"When (Vanderbilt) made a run, we fought back," Anderson said. "I think that says a lot about our guys and our defense and just the way that we were able to play."

Vanderbilt: The Commodores average over 10 made 3-pointers per game and shoot 39.1 percent as a team, but made only six against Missouri, shooting 18 percent below their season average. ... Fisher-Davis had been held to single-digit scoring five times this season prior to this game, most recently on Jan. 24 in a 71-70 home loss to Arkansas. ... Vanderbilt outscored Missouri 22-18 in the paint. ... The Commodores have never won in Mizzou Arena, falling to 0-5 all time.

Saturday's win marks Anderson's 300th career victory as a head coach. He is 26-61 in his third season at Missouri, having won 274 games and a Division II national championship at Central Missouri.

"We care a lot about Coach Anderson," Puryear said. "This means a lot for everybody on the inside. We continue to fight every day and we're in this together, so for us to win in that fashion to get him his 300th win was big for all of us."

After the game, Puryear handed Anderson the game ball courtside in front of a home crowd of over 10,000.

"From the time I got here until the time I got to 300, it took a long time to get it," Anderson said. "And that's disappointing, but it's a special moment. It is special to be able to win 300 games. I guess not everybody gets to do it."

Sarah Fuller Makes History
Vanderbilt women's soccer player Sarah Fuller became the first woman to play in a Power 5 football game on Saturday.
14 hours ago
those were the latest stories
Want to see more?
View All Stories
Fox Sports™ and © 2020 Fox Media LLC and Fox Sports Interactive Media, LLC. All rights reserved. Use of this website (including any and all parts and components) constitutes your acceptance of these Terms of Use and Updated Privacy Policy. Advertising Choices. Do Not Sell my Personal Info