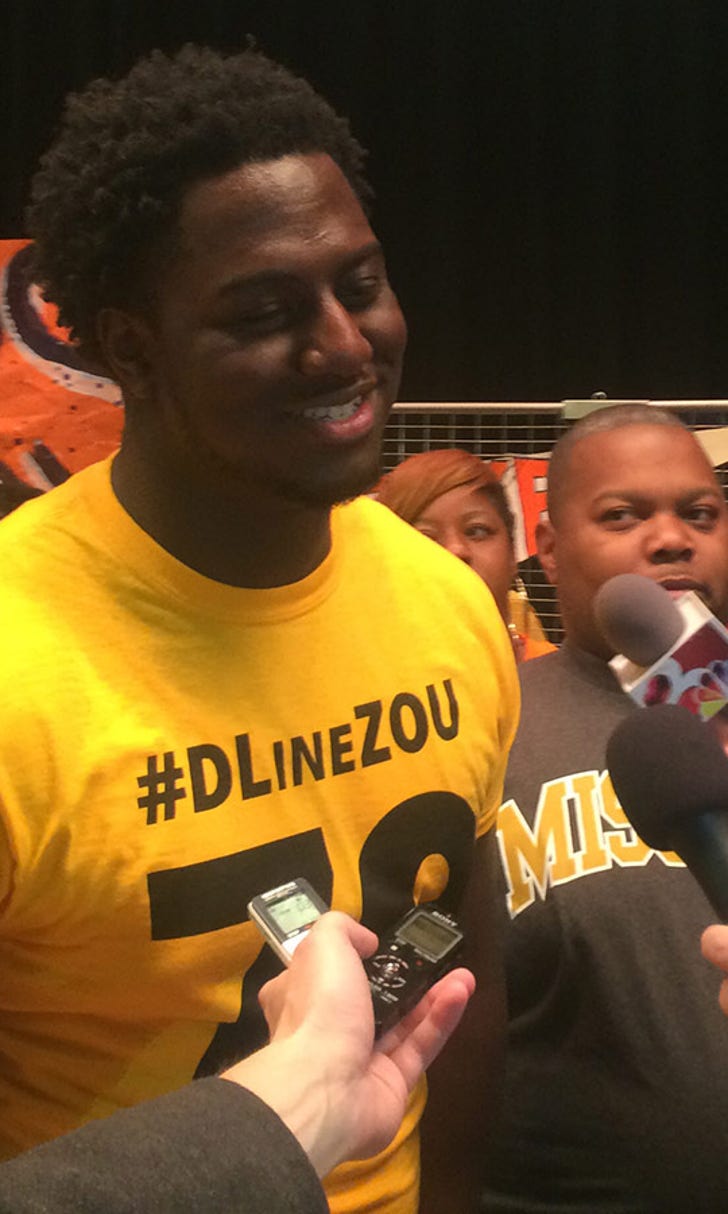 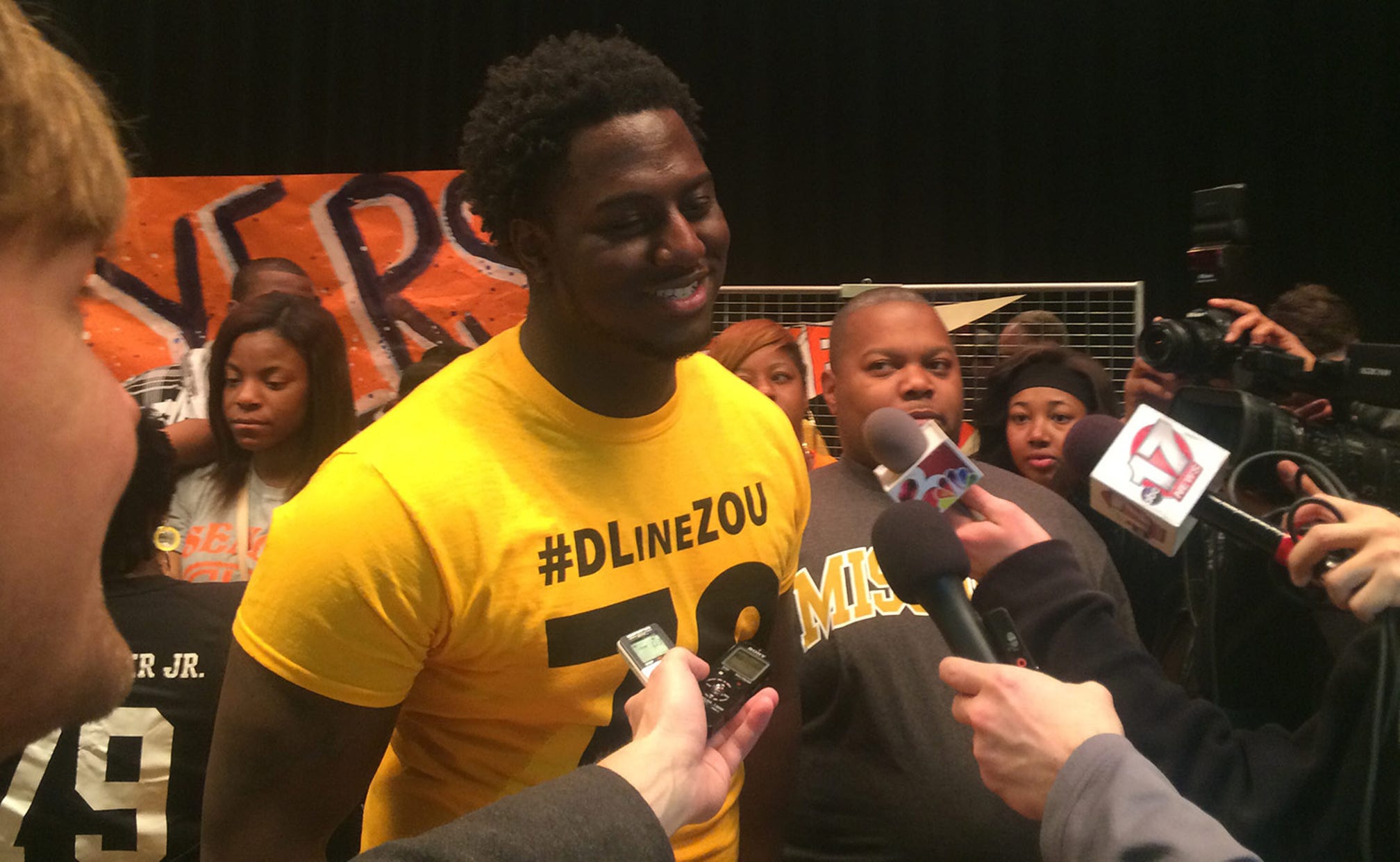 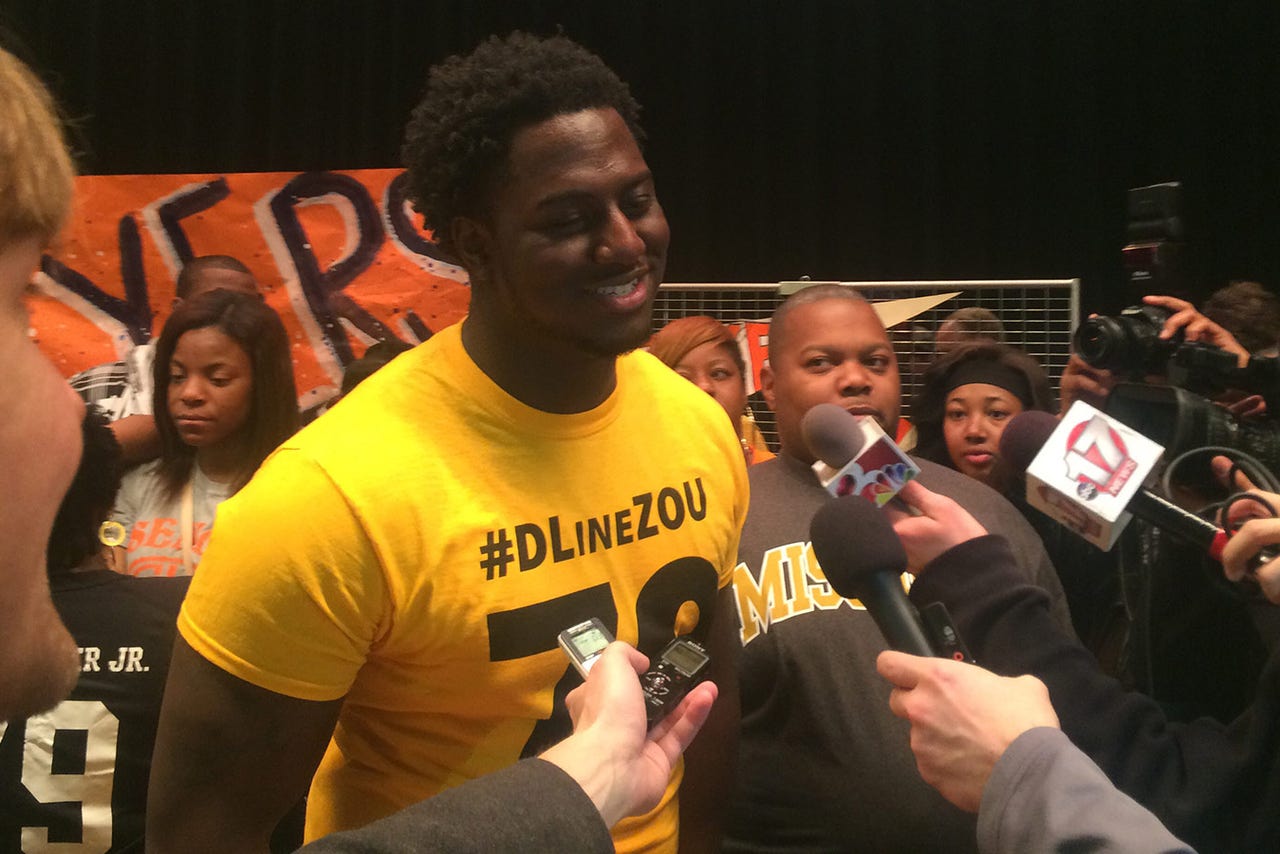 EAST ST. LOUIS, Ill. -- One of the nation's top players officially chose Missouri in front of a full crowd of students, teachers and media at East St. Louis High School on Wednesday morning.

Defensive tackle Terry Beckner, Jr., proudly held up a Mizzou pennant and revealed a "DLineZOU 79" shirt with close to 40 family members joining him on stage at a special assembly, broadcast nationally on ESPNU. Florida State, Auburn and Ohio State were the other contenders for Beckner, the No. 2 recruit in the country by ESPN.

He made his final official visit to Columbia last Saturday, but East St. Louis coach Darren Sunkett said Beckner didn't really make up his mind until Tuesday night. In the end, Mizzou just barely edged out Florida State, giving the Tigers and coach Gary Pinkel one of the most high-profile recruits in school history.

Sunkett said coaches had been calling about every five minutes for the past 48 hours, and Beckner didn't even talk to Pinkel before the signing. The Tigers had been pursuing the 6-foot-4, 300-pound lineman since his senior season, and he'll benefit from staying close to his tight-knit family.

"He had it from all angles, not just mother and father but grandmother, grandfather, aunties, cousins," Sunkett said. "He's had a wide variety of support from his family -- and not just his family but also his community."

Only one of four starters will return next season from Missouri's vaunted defensive line, which played a huge role in the Tigers leading the SEC with 44 sacks. As a senior at East St. Louis, Beckner made 107 tackles and 22 sacks to earn numerous All-American and All-Area honors.

Look for the soft-spoken lineman to make some significant noise at Mizzou.