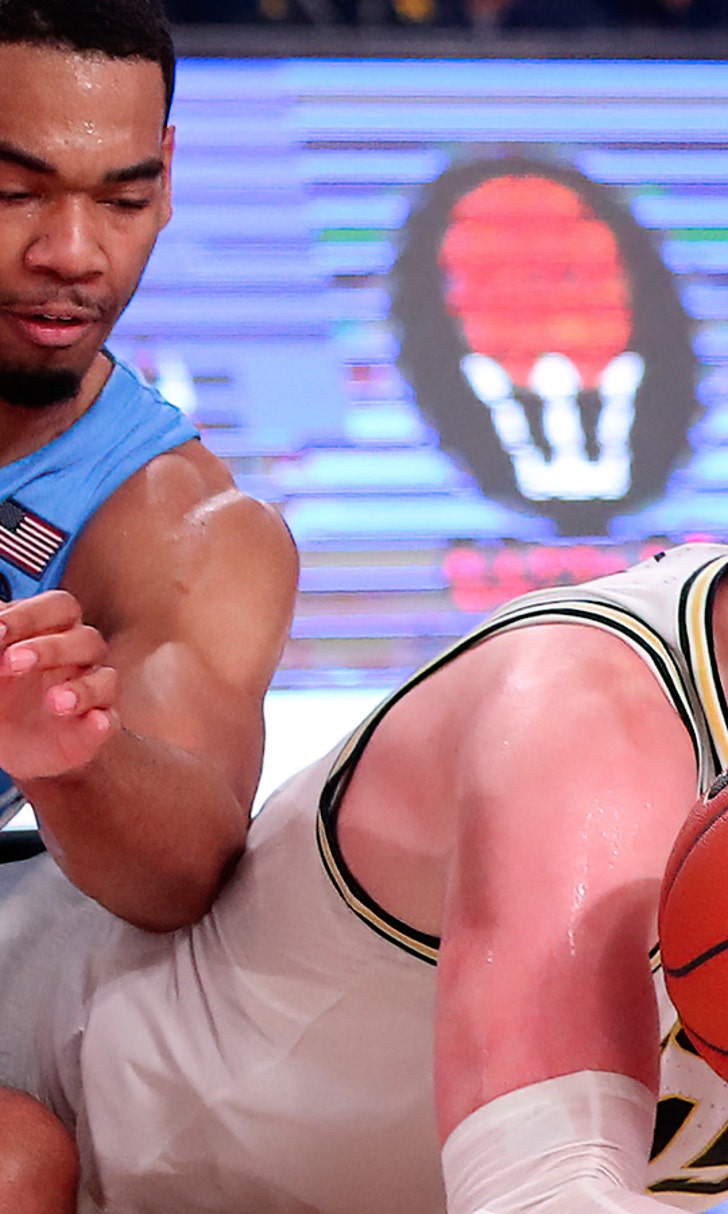 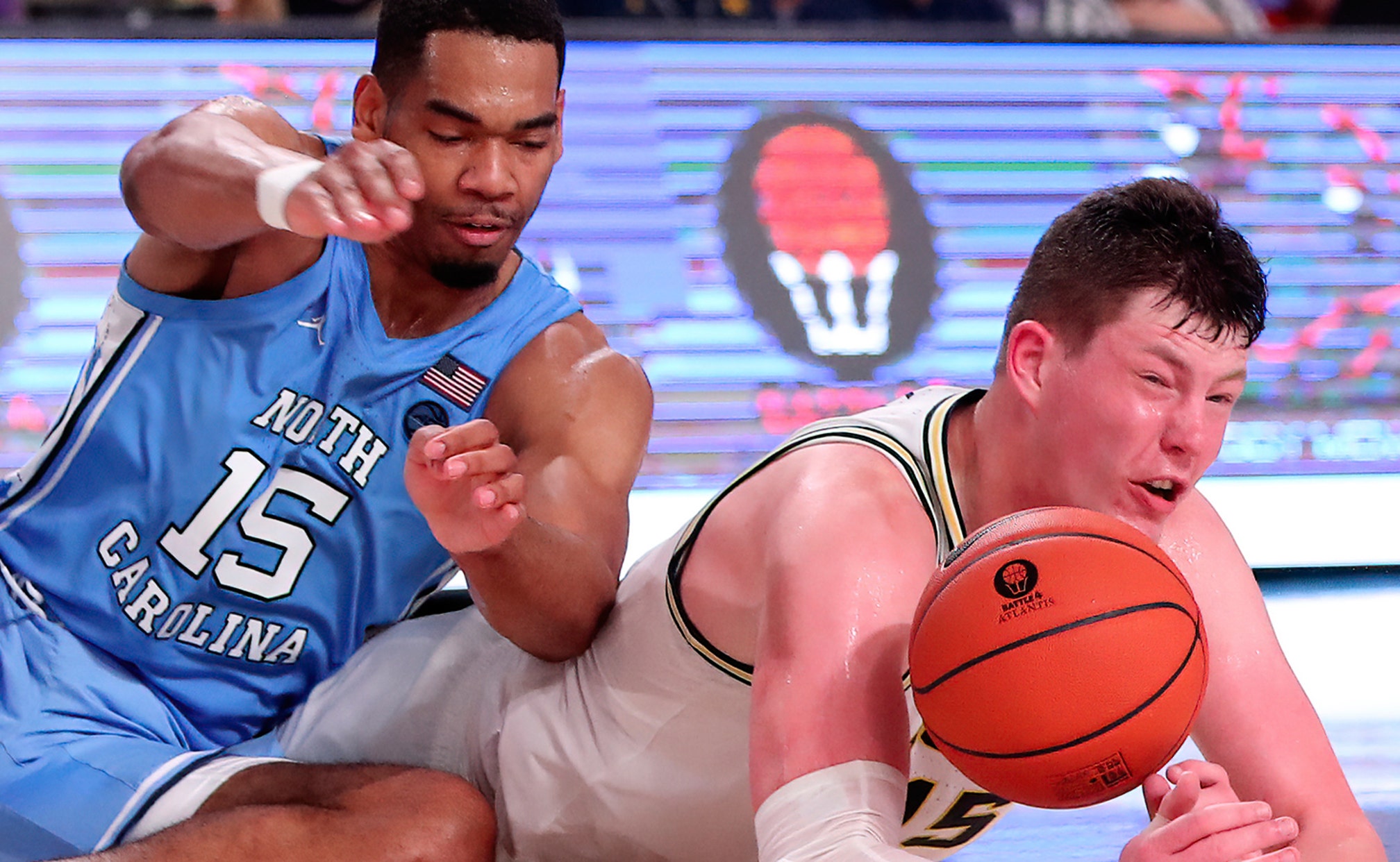 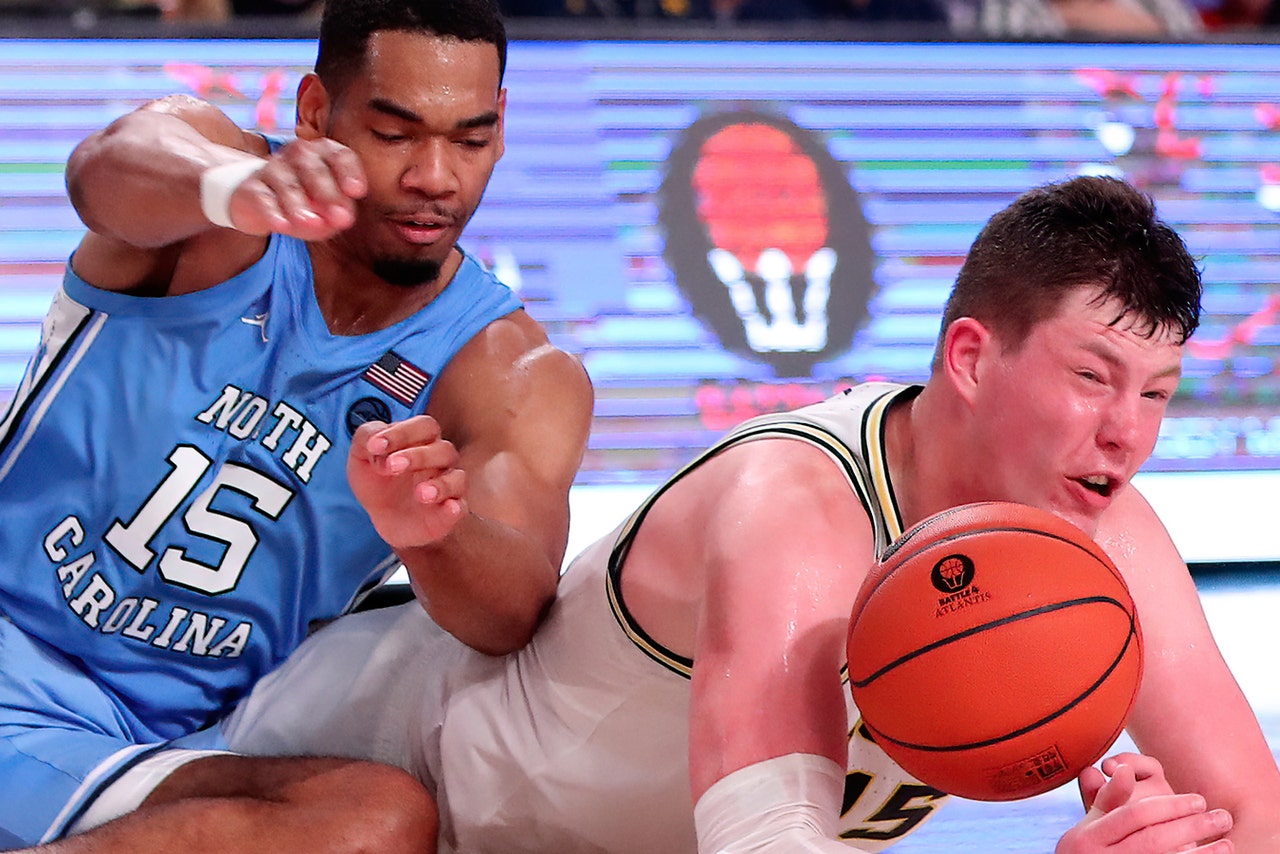 PARADISE ISLAND, Bahamas (AP) -- Eli Brooks and his Michigan teammates kept rolling off screens, whipping the ball past defenders and burying shots with ease against a flummoxed highly ranked opponent.

The plan is working perfectly, too, for these new-look Wolverines -- who took down sixth-ranked North Carolina to give Howard his first marquee win.

Brooks matched his career high with 24 points and Michigan ran off 19 unanswered points in the second half to score a big upset, beating the Tar Heels 73-64 on Thursday to reach the Battle 4 Atlantis championship game.

Isaiah Livers added 12 points for the Wolverines (6-0), who led by five early in the second half before exploding for a huge run that turned the matchup into an unexpected rout. Then the Wolverines held on amid the Tar Heels' frantic rally in the final 8 minutes.

Howard inherited a program from John Beilein that made regular deep pushes in the NCAA Tournament, though there were plenty of new faces after losing its top three scorers from last year.

No matter. The Wolverines have experience, size and a bunch of guys willing to make the next pass to seek out a better shot.

"Granted, they've been very successful in the past," Howard said. "But to embrace a new staff and to be all in, I'm very thankful for that -- because each and every one of them, they didn't have to. It was a choice, but it was a choice because they trusted the staff, they trusted us as men to help lead them and teach them and develop them.

"But I must say they're inspiring to watch compete."

Michigan's 19-0 burst included a dazzling run of five straight made shots to build a huge margin.

"I think that goes off shot selection, just sharing the ball," Brooks said. "We take good shots. People aren't afraid to share the ball because they know the next person's going to do their job."

At one point, Brooks buried a 3-pointer to push the lead to 19 and left UNC coach Roy Williams standing on the sideline with both hands on top of his head. Yet Franz Wagner followed with another, then Brooks added a runner that pushed the lead to 60-36 with 11:18 left and finally forced the timeout-hoarding Williams to burn one.

"It was frustrating," Williams said. "I've never stood there in 32 years and 8 million games and thinking about calling timeout with 12 minutes left in the friggin' game. That's so silly to me. We've won a few games doing it my way.

"But I watched three extra possessions, and we missed and they scored three straight times."

Freshman Cole Anthony had 22 points and seven rebounds to lead UNC, which shot 43% while struggling with Michigan's size anchored by 7-foot-1 senior Jon Teske inside.

UNC: The Tar Heels entered the game ranked seventh in KenPom's adjusted defensive efficiency by allowing 87.5 points per 100 possessions, along with being the national leader in rebounding margin. But Michigan controlled the paint (32-24 points in the paint) and the Tar Heels earned only a 36-34 edge on the glass. It was a sign that the Tar Heels still have plenty to figure out, especially with Williams saying he had to question the team's toughness in the second half.

"We were 5-0 coming in, but it hasn't been a very good 5-0 compared to the way I think we should play and could play," Williams said, "and I've got to do a better job of coaching my team."

Michigan: The Wolverines entered shooting 53.2% on the season to rank second in the nation. After shooting 58% on Wednesday against Iowa State, they finished at 50% and made 11 of 26 3-pointers in this one while holding the Tar Heels to 1-for-14 shooting out of halftime.

The Tar Heels twice got as close as eight on interior buckets by Garrison Brooks in the final 3 minutes. But Eli Brooks all but closed it out by swishing through a 3 with the shot clock winding down at the 1:12 mark, pushing the margin back to double figures.

UNC: The Tar Heels play in Friday's third-place game against the Gonzaga-Oregon loser.

Michigan: The Wolverines play in Friday's championship game against the Gonzaga-Oregon winner.