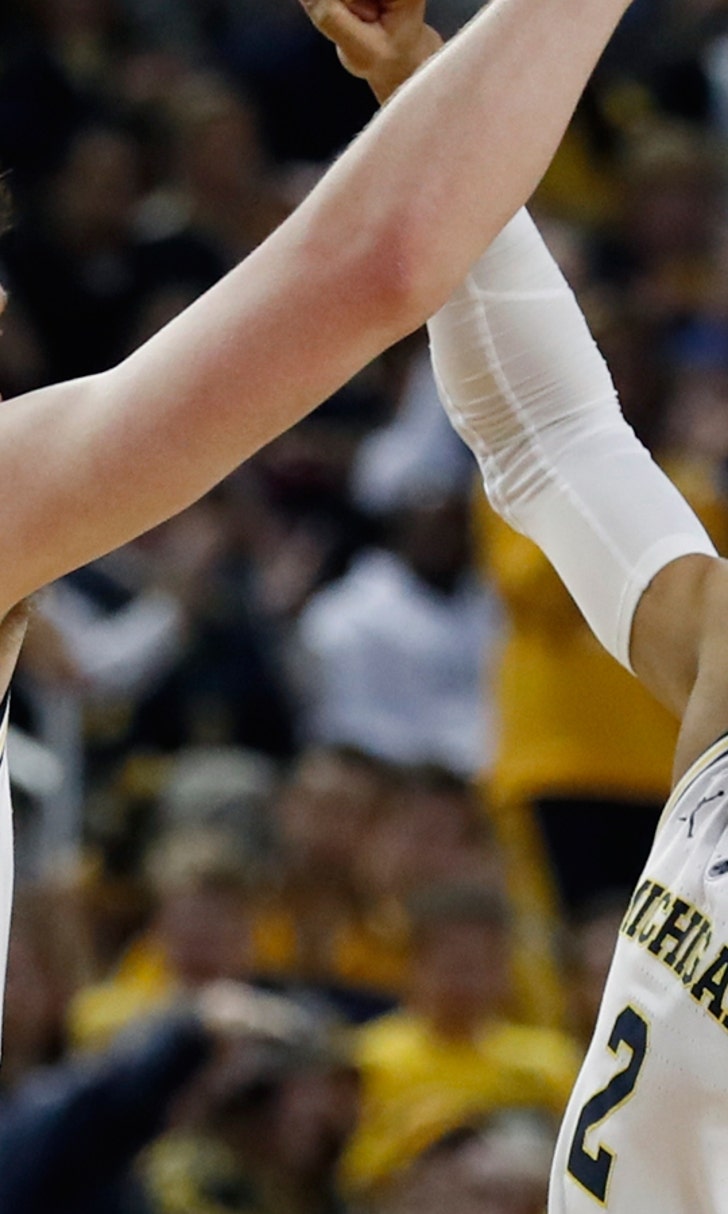 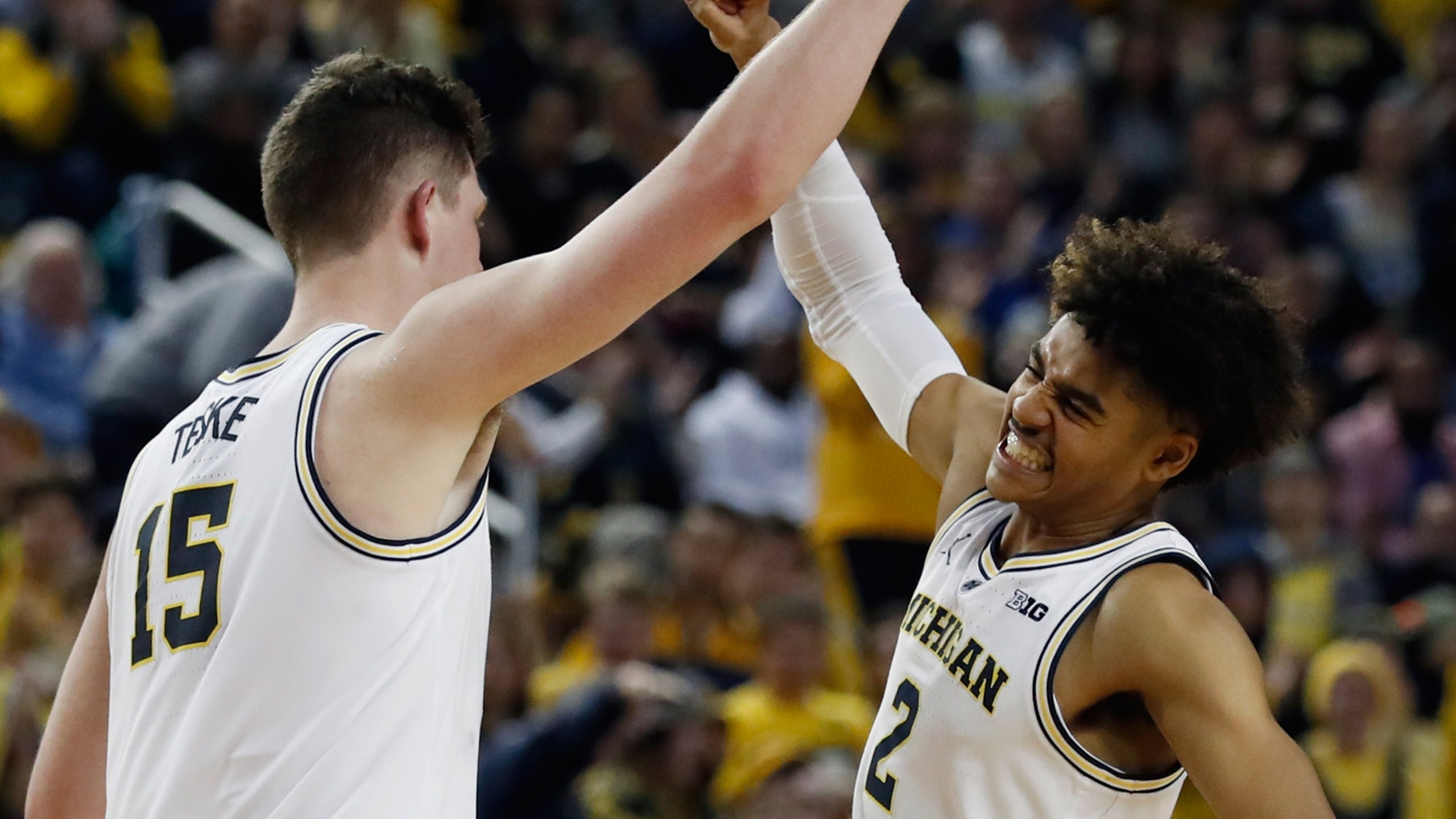 Michigan stays unbeaten at home with 61-52 win over Wisconsin 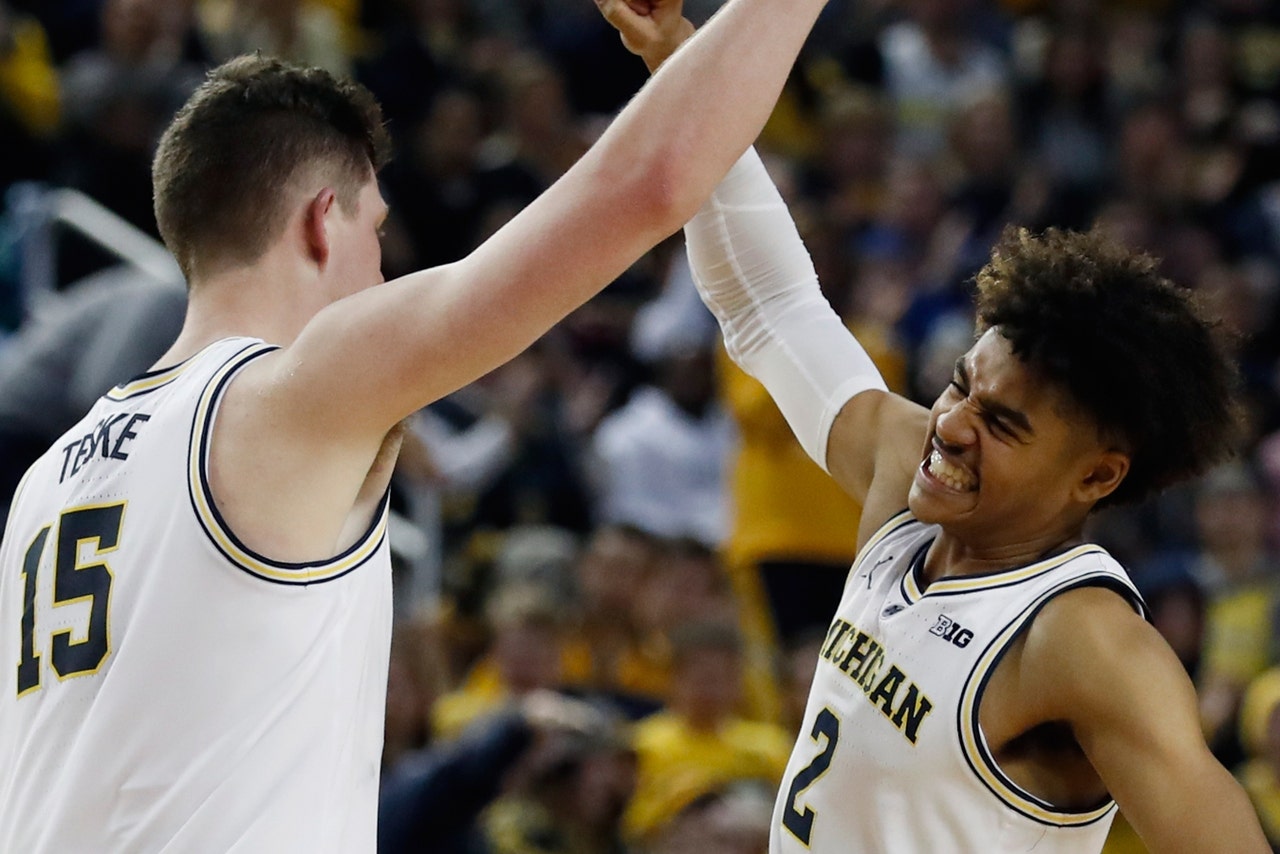 ANN ARBOR, Mich. (AP) -- Michigan avenged its loss to Wisconsin last month -- and coach John Beilein wants no part of a rubber match against the Badgers.

Happ had 18 points and 11 rebounds for No. 19 Wisconsin, but Michigan's Jon Teske more than held his own inside, and Charles Matthews scored 16 of his 18 points in the second half to lift the No. 7 Wolverines to a 61-52 victory Saturday. Teske had 17 points and 12 rebounds.

The Big Ten-leading Wolverines (22-2, 11-2) won despite going 0 for 10 from 3-point range in the second half. Michigan led 51-50 in a tight defensive struggle before pulling away with eight straight points.

The Badgers (17-7, 9-4) had their six-game winning streak snapped. That run began with a 64-54 win over then-undefeated Michigan last month.

"A little bit of a flip of the script, in terms of them making plays in the last two minutes," Wisconsin coach Greg Gard said.

Happ had 26 points and 10 rebounds in the January meeting, and it looked like he was headed to a similar output. He dominated early and had 14 points by halftime, but the 7-foot-1 Teske began containing him, and Happ picked up a crucial third foul early in the second half.

"Just keep my motor running and try to deny his easy catches," Teske said. "If he catches it on the post, it's very easy for him to score there."

Wisconsin hung around until late, but Matthews put Michigan up 55-50 with a shot from the baseline. He then beat the shot clock with another jumper, making it 57-50 with 23.8 seconds left.

Matthews had a hand in almost every big play for Michigan toward the end. The Wolverines led 38-35 before Matthews scored 14 of Michigan's next 19 points. He also passed to Teske for a three-point play during that stretch.

"I was just getting the ball more this game, I felt," Matthews said. "I wasn't really just standing around in the corner. Coaches really called more plays for me to get more movement and getting me to be able to attack."

Possessions were valuable in this game: Wisconsin had only seven turnovers and Michigan had five. The Badgers shot only two free throws and missed both.

Wisconsin: Happ was out for over nine minutes after picking up that third foul, and the Badgers played Michigan nearly even in that stretch. It was a solid performance on the road for Wisconsin, but the Badgers' star big man began to struggle against Teske.

"Once I got to the spots that I wanted to, Teske did a nice job of chesting up," Happ said. "But again I just felt like there was that (much) more that I left out on the table. That I wish I could get back."

If Happ, a fifth-year senior, wants another shot at Michigan, it will have to come in the postseason.

Michigan: This was a crucial victory for the Wolverines in their conference title chase. Teske showed his ability in a tough matchup, and Matthews provided enough offense on a day when some other Wolverines shot poorly.

"This was a bit of a revenge game, because they did beat us," Beilein said. "It was our first loss, people storming the court. We don't like that -- even though it's the right thing to do."

Michigan went unbeaten this week. Wisconsin managed a road win at Minnesota before the loss at Michigan, so the Badgers probably won't drop far.

Wisconsin: The Badgers host Michigan State on Tuesday night in another matchup with significant implications for the Big Ten title race.

Michigan: The Wolverines play at Penn State on Tuesday night.