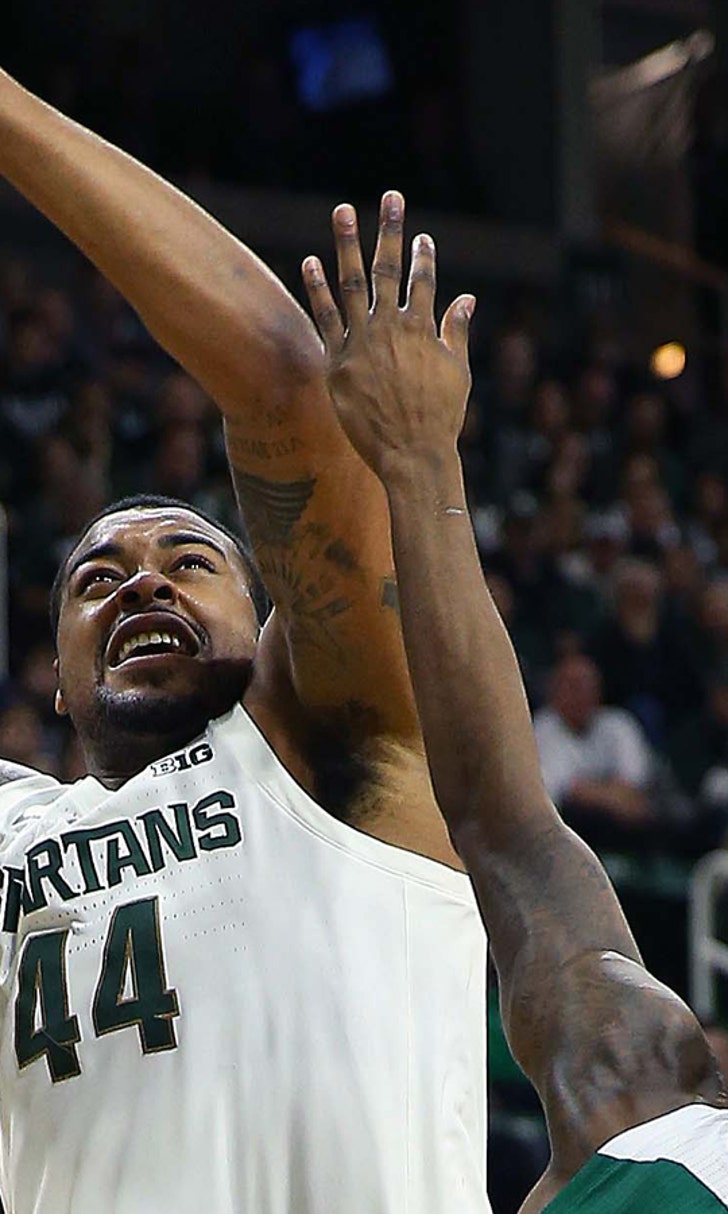 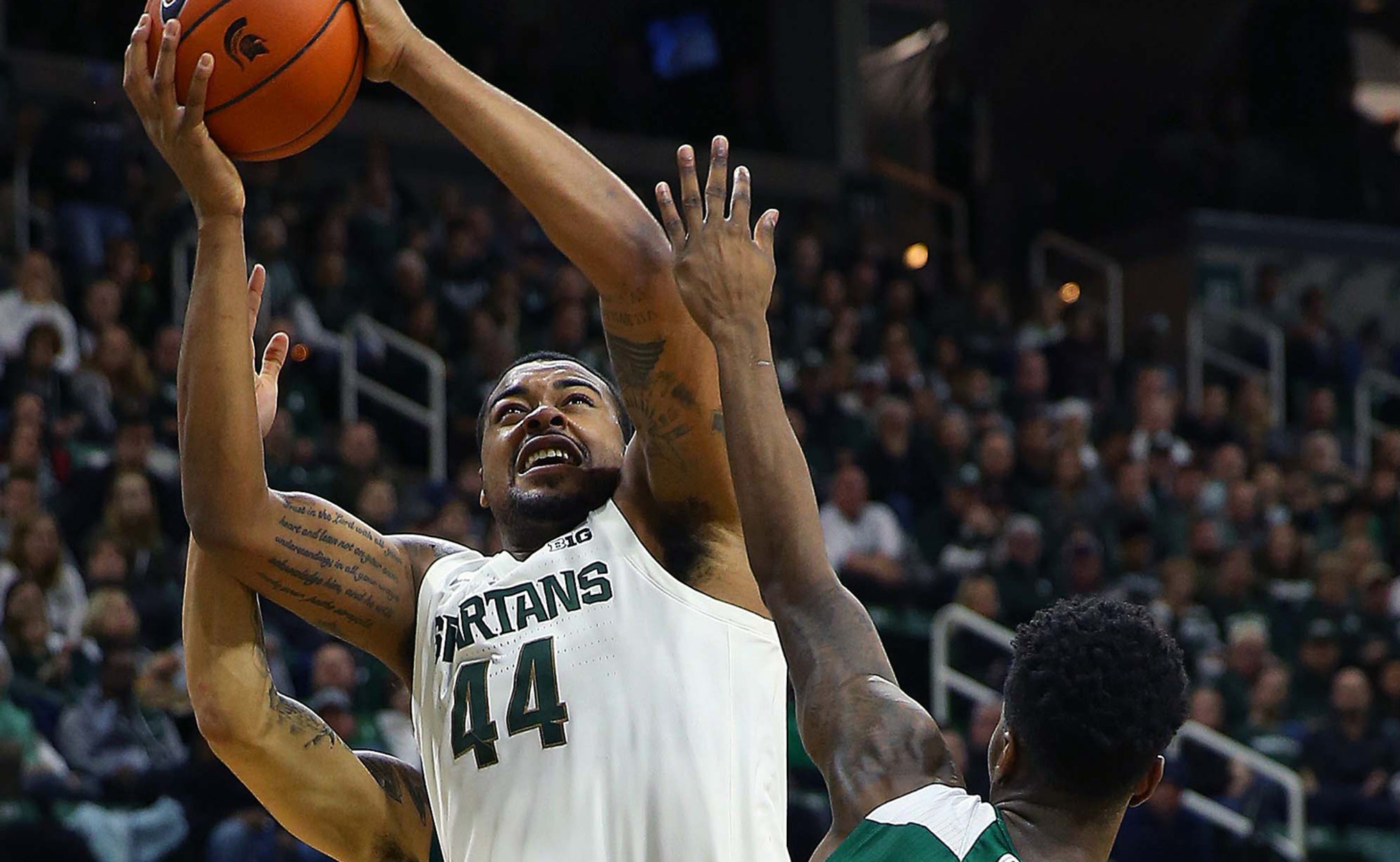 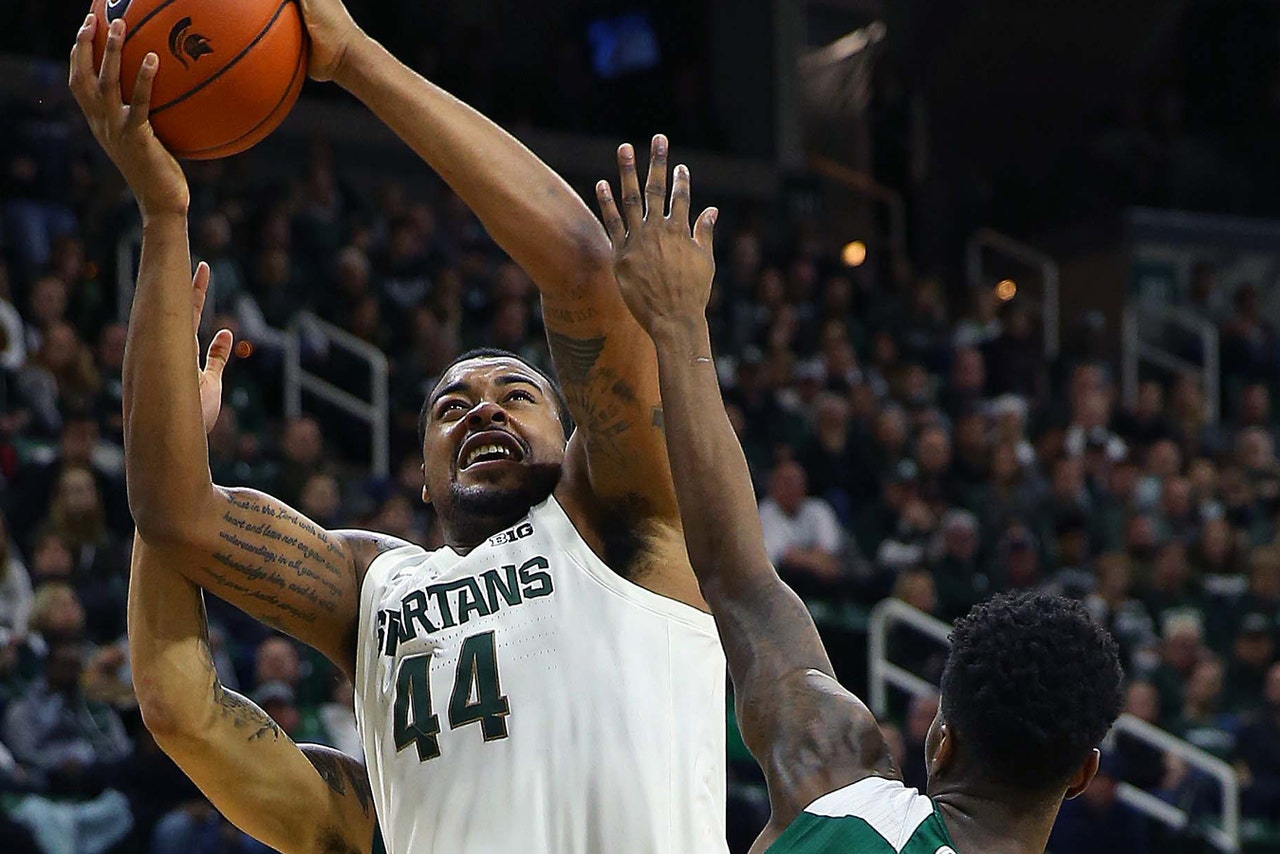 EAST LANSING, Mich. (AP) -- Michigan State gave up a basket, and Nick Ward immediately took off. The 6-foot-9, 245-pound forward beat everyone down the court and took a long pass for a layup.

Ward scored 22 of his 28 points in a nearly perfect first half to help the ninth-ranked Spartans rout Green Bay 104-83 on Sunday night. Ward made all nine of his field goal attempts in the first half, although he did miss a free throw. He was particularly impressive in transition and appeared to relish an up-tempo game.

"I've been doing that since forever, since I was little," Ward said. "That's just off of pure effort. Running takes no skill."

Ward also made his first two shots of the second half and finished 12 of 13.

Sandy Cohen III scored 22 points for Green Bay, which actually led 24-20 before a 27-4 run by Michigan State. The Phoenix (6-6) had only one timeout left by halftime, but nothing they tried was enough to slow the Spartans.

"This is a hard game for us, because we play fast, they play fast, and they're just faster," Green Bay coach Linc Darner said. "But I thought the second half, our guys did a great job of battling and competing and staying respectable."

The low point for the Phoenix was probably the end of the first half. Cassius Winston made a layup in the final seconds for Michigan State, and there was enough time for Xavier Tillman to steal the ball and add a 3-pointer .

For a while, the Spartans appeared to have a chance to break the school record of 121 points. They had 75 with 15 minutes remaining, but they couldn't keep up that pace and were actually outscored 48-40 in the second half.

"What I didn't like is, we have to learn how to finish," Michigan State coach Tom Izzo said. "Finish games, finish practice and finish seasons. I didn't like the way we finished the last couple of seasons, so our motto has been: Let's try to finish every event, every day that we're doing. Today, we did not finish."

Izzo was clearly looking forward to having his players' attention for a few practices.

Green Bay: The Phoenix have put up plenty of points this season. They're averaging 85 points a game. But they weren't able to take Michigan State out of its comfort zone, and they didn't do a good job stemming the tide when the Spartans went on their first-half run.

Michigan State: It was an energetic performance by Ward and the Spartans after a seven-day layoff. Michigan State had 31 assists on 38 baskets and outrebounded Green Bay 56-34. Sixteen different players played for the Spartans, and Izzo was even able to play an all-freshman lineup for a bit toward the end.

No. 4 Gonzaga lost to North Carolina this weekend. The question is whether it would be too much of a jump for the Spartans to pass the Bulldogs.

Green Bay: This was the second of four straight road games for the Phoenix. They play at Evansville on Saturday.