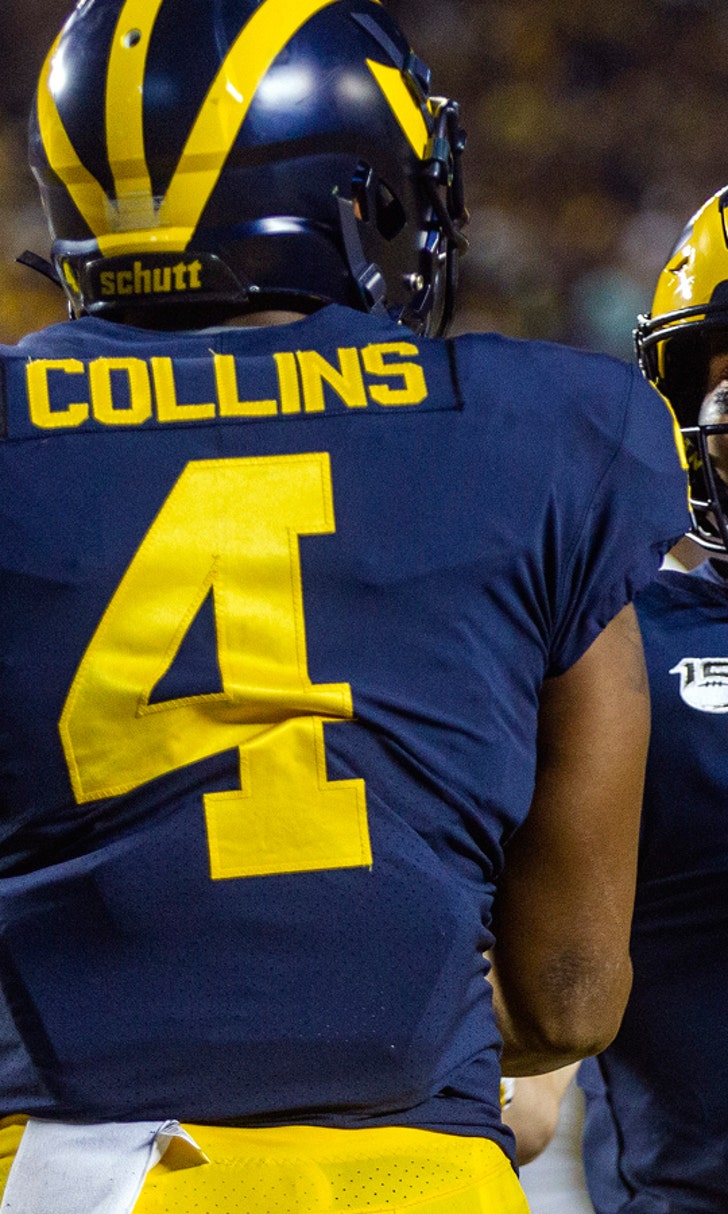 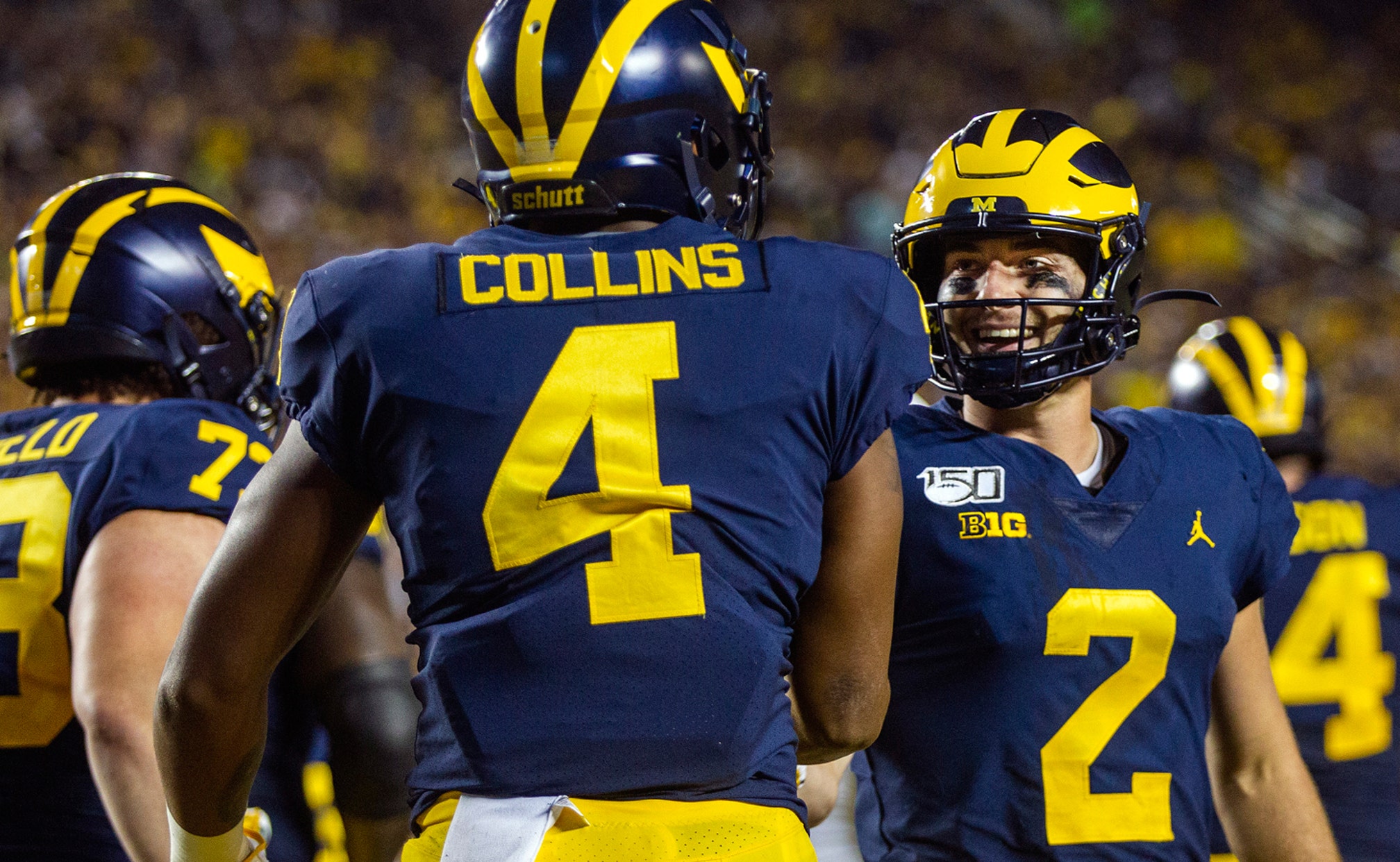 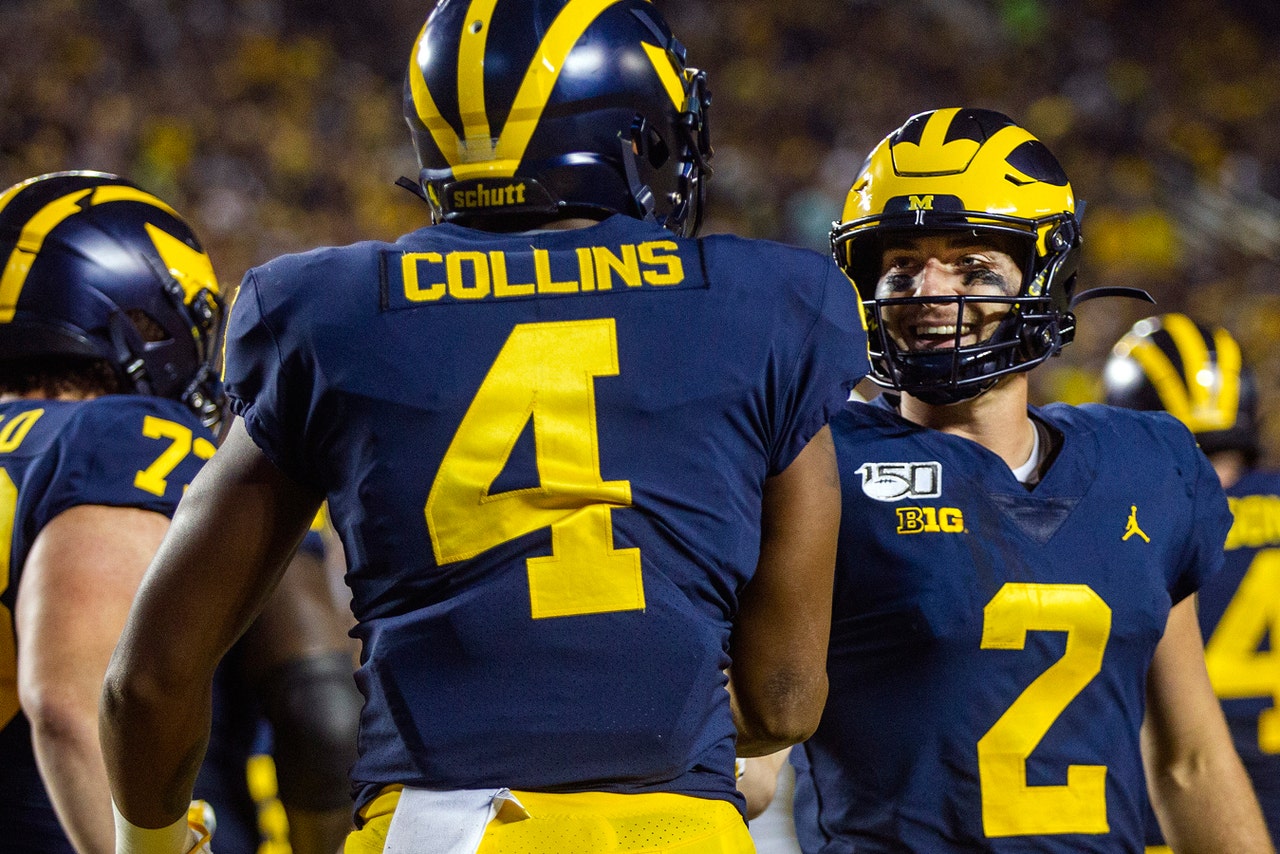 However, the dual-threat senior quarterback wasn't in a mood to celebrate.

Patterson lost a fumble on the first play of the game and put the ball on the turf again later in the game, casting a shadow on his perspective of the Wolverines' 40-21 win over Middle Tennessee on Saturday night.

"Obviously, didn't get off to a good start," Patterson said. "I've got to take care of the football."

Michigan unveiled its no-huddle, spread offense and it was plagued by mental and physical mistakes.

"We shot ourselves in the foot at times with pre-snap penalties and mishandling the ball," coach Jim Harbaugh said.

Asher O'Hara ran for an 18-yard TD after Patterson lost a fumble on a run to give the Blue Raiders a 7-0 lead. O'Hara threw a 2-yard pass for a score to Jarrin Pierce after Lavert Hill fumbled on a punt return to pull them within 10 points late in the first half.

"We didn't back down," coach Rick Stockstill said. "We didn't flinch, but we didn't play good enough to beat the No. 7 team in the country."

"The stage didn't really affect me at all," he said.

Michigan pulled away in the second half, leading 40-14 after Dylan McCaffrey's 6-yard run late in the third quarter and Ben Van Sumeren's 1-yard run with 6:37 left.

Patterson was 17 of 29 for 203 yards with TD passes to Tarik Black, Nico Collins and Sean McKeon. McCaffrey completed both of his passes for 17 yards and ran for 42 yards along with a score.

Michigan's Zach Charbonnet ran for 90 yards on eight carries in his college debut.

"I thought he played really well in protecting, seeing the holes, making the cuts, protecting the ball," Harbaugh said. "Looked like a very experienced back to me. The stage wasn't too big for him."

Middle Tennessee: The Blue Raiders should good about being competitive in a game they were expected to lose by about five touchdowns.

"We fought for four quarters, nobody threw in the towel," linebacker DQ Thomas said. "We scored in the last 30 seconds. We had a late goal-line stop."

"I got the ball in my hands every single play and I've got to take care of it," Patterson said.

Michigan cornerback Ambry Thomas, who was diagnosed with colitis this summer, had an interception and fumble recovery a little more than a week after being cleared to practice.

Michigan running back Tru Wilson left the game with a hand injury after blocking a blitzing linebacker, giving Patterson time to throw a go-ahead, 36-yard TD pass to Black late in the first quarter. Black left the game in the first half with cramps, but was able to return. Defensive lineman Michael Dwumfour went to the sideline early in the game, dangling his right arm in pain.

Harbaugh said receiver Donovan Peoples-Jones and offensive tackle Jon Runyan may be able to play next week after missing the opener with undisclosed injuries.

BACK IN THE BOOTH

Matt Millen returned to the broadcast booth for Big Ten Network, coming back to work as an analyst after having heart transplant surgery.

Michigan may not move much, up or down, after winning a game by a lopsided margin against an overmatched opponent.