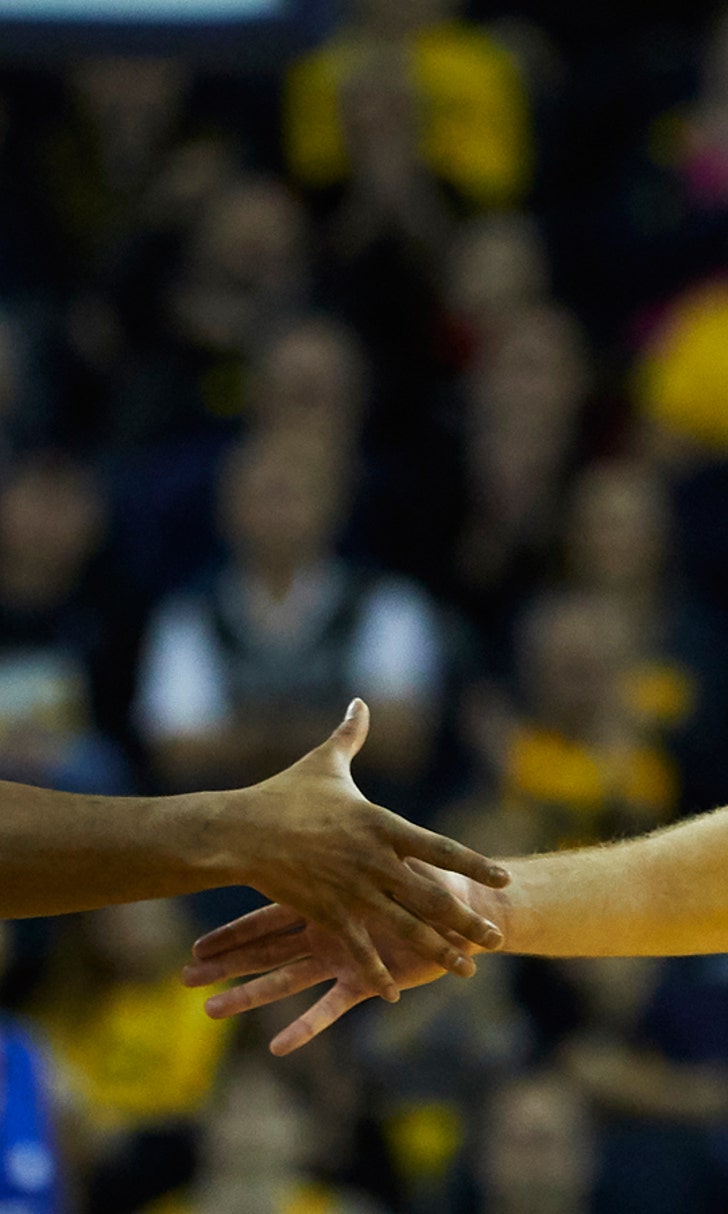 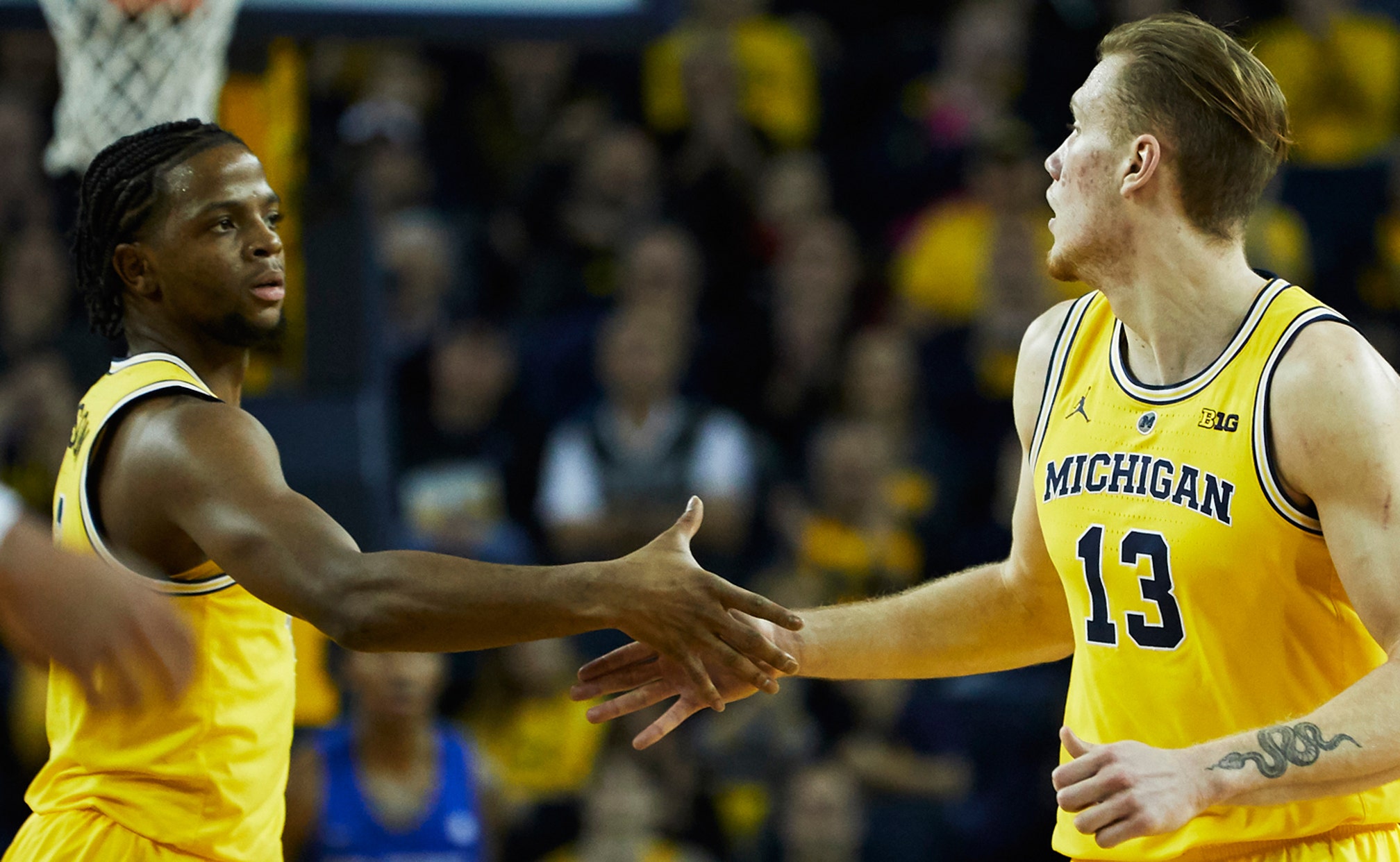 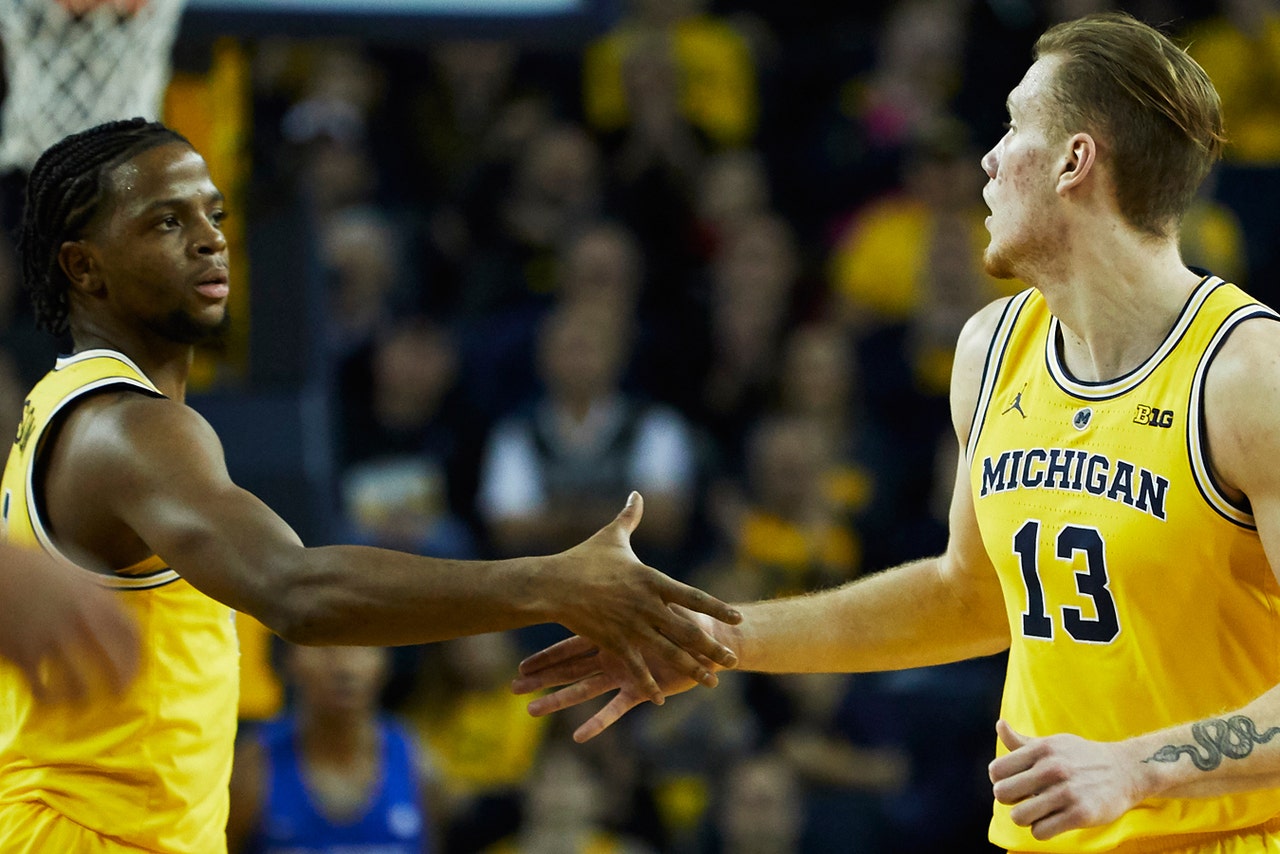 ANN ARBOR, Mich. (AP) -- Air Force came out against No. 4 Michigan in what looked like a zone defense. For a few minutes, it was working.

"I think it took a while for our guys just to look at the defense and figure out what it was -- even the coaches. They had played 4 percent zone defense this year ... so we didn't plan on that," Michigan coach John Beilein said. "Those are all engineers. They know they can figure out something to trick us a little bit."

The Wolverines didn't seem confused for long, and they eventually pulled away for a 71-50 win over Air Force on Saturday. Michigan went on a 19-3 run in the first half and never looked back. Iggy Brazdeikis finished with 19 points and Charles Matthews added 17.

Air Force led 10-5 early, and the Wolverines seemed content to stay on the perimeter. Eight of Michigan's first nine shots from the field were from 3-point range, and only one of them went in.

"We thought the tempo was in our favor early and often," Falcons coach Dave Pilipovich said. "Could not make it an up-and-down game because I don't think we have the athleticism to play that way."

The Wolverines went on a quick run to take the lead for good. Eli Brooks and Jordan Poole made layups, and a dunk by Jon Teske put Michigan up 11-10. Eventually, the 3s started falling too, and it was 28-21 at halftime.

Poole and Isaiah Livers scored 11 points each for Michigan. Lavelle Scottie led the Falcons (4-7) with 16.

Brazdeikis took advantage of a turnover early in the second half and finished a breakaway with a reverse dunk to make it 39-28.

"I'm glad that we got two points," Beilein said. "I just want the ball to go in the basket."

Pilipovich was on Tommy Amaker's staff at Michigan from 2005-07, and Air Force associate coach Andrew Moore spent time as an assistant at Michigan.

This was Michigan's third straight Saturday game, and the Wolverines' weekend-only streak will continue when they play again next Sunday.

"We just control what we can control," Matthews said. "Us as players, we don't do none of the scheduling, so we've just got to be prepared to play at any time."

Air Force: The Falcons did a decent job early defending Michigan, but even then, Air Force had too many problems scoring to build much of a lead. The Falcons turned the ball over 20 times.

"I think because they pressure so much, it allowed them to push us away from the 3-point line pretty much," Scottie said. "But it also allowed us to get backdoors and stuff like that and get it in the post. But they really cut the perimeter off."

Michigan: The Wolverines were coming off an eight-point win against Western Michigan, and this one seemed like it would be closer than expected, but Michigan eventually extended the margin late. The Wolverines had an uncharacteristic eight turnovers in the first half but had only three in the second.

None of the three teams ahead of Michigan in the Top 25 has lost this week.

Michigan: The Wolverines have one more game before returning to conference play. They host Binghamton on Dec. 30.