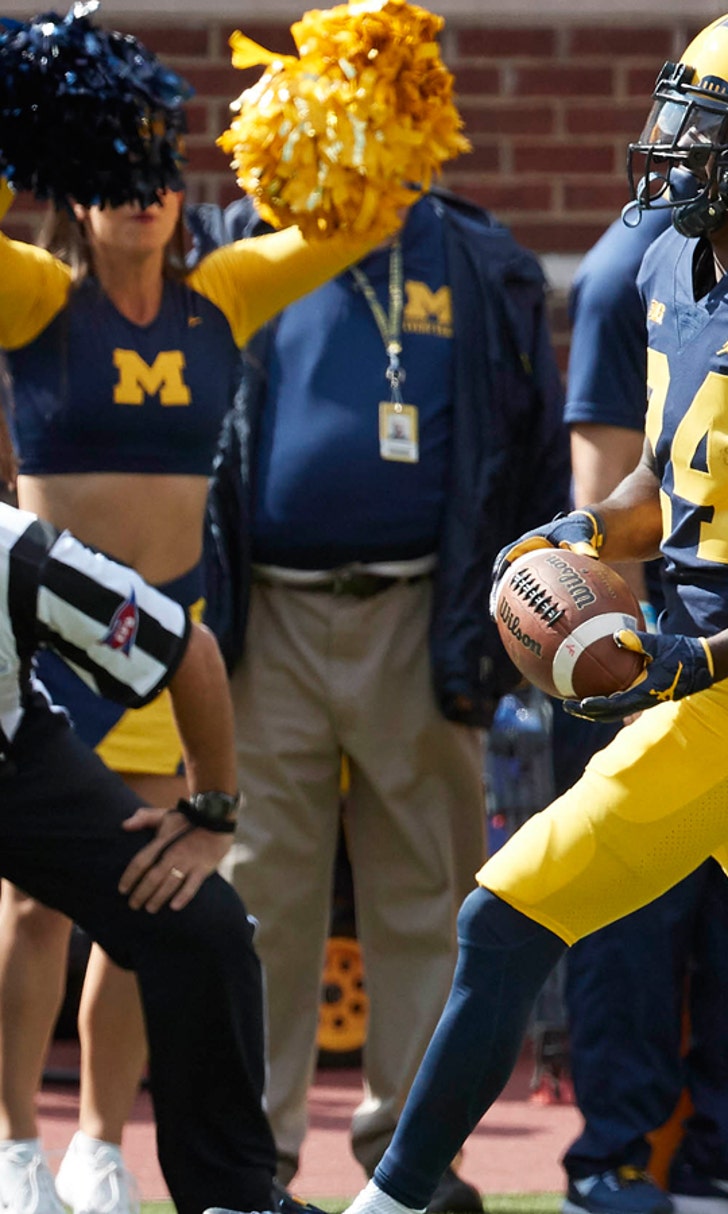 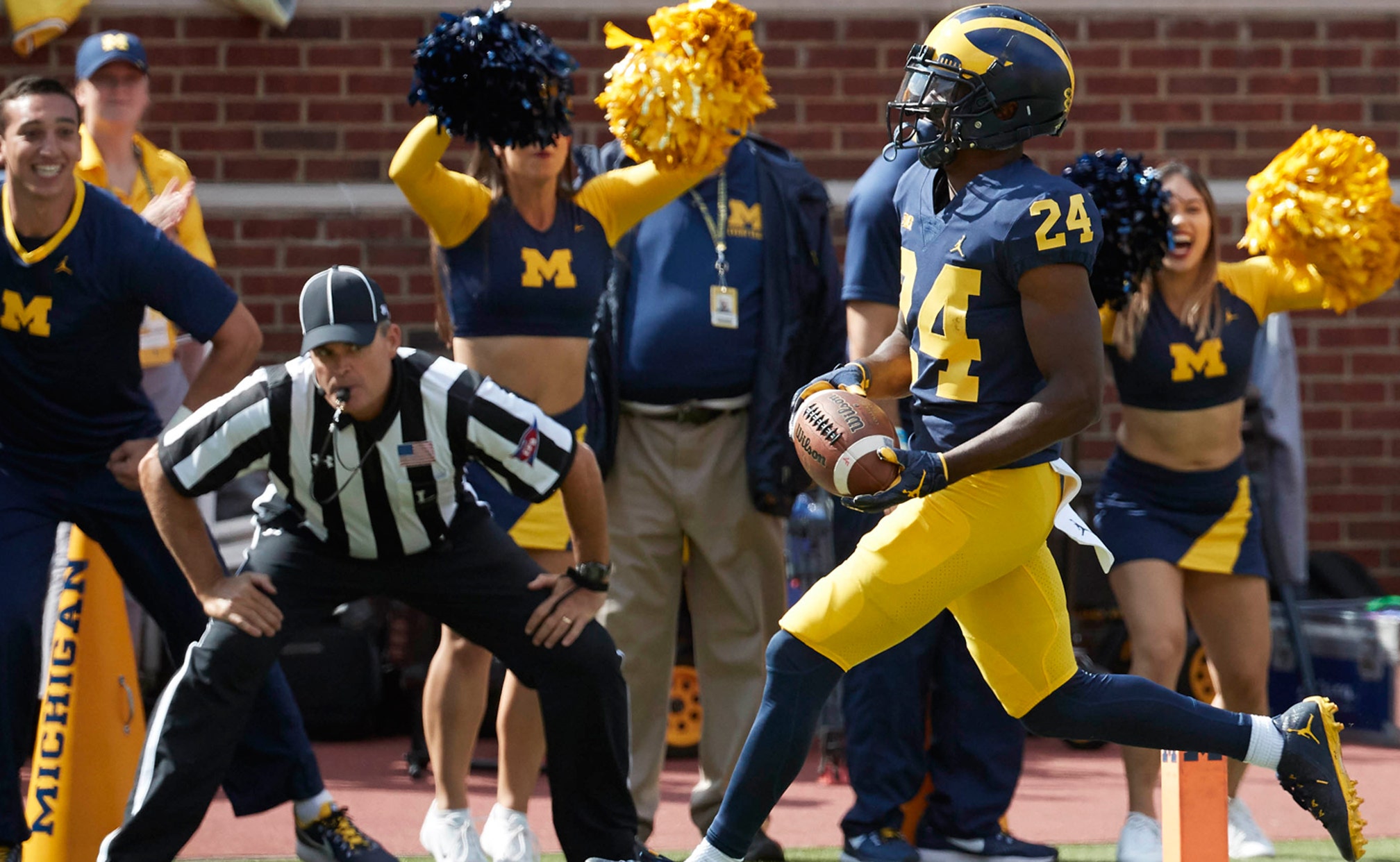 Michigan defense putting points on the board 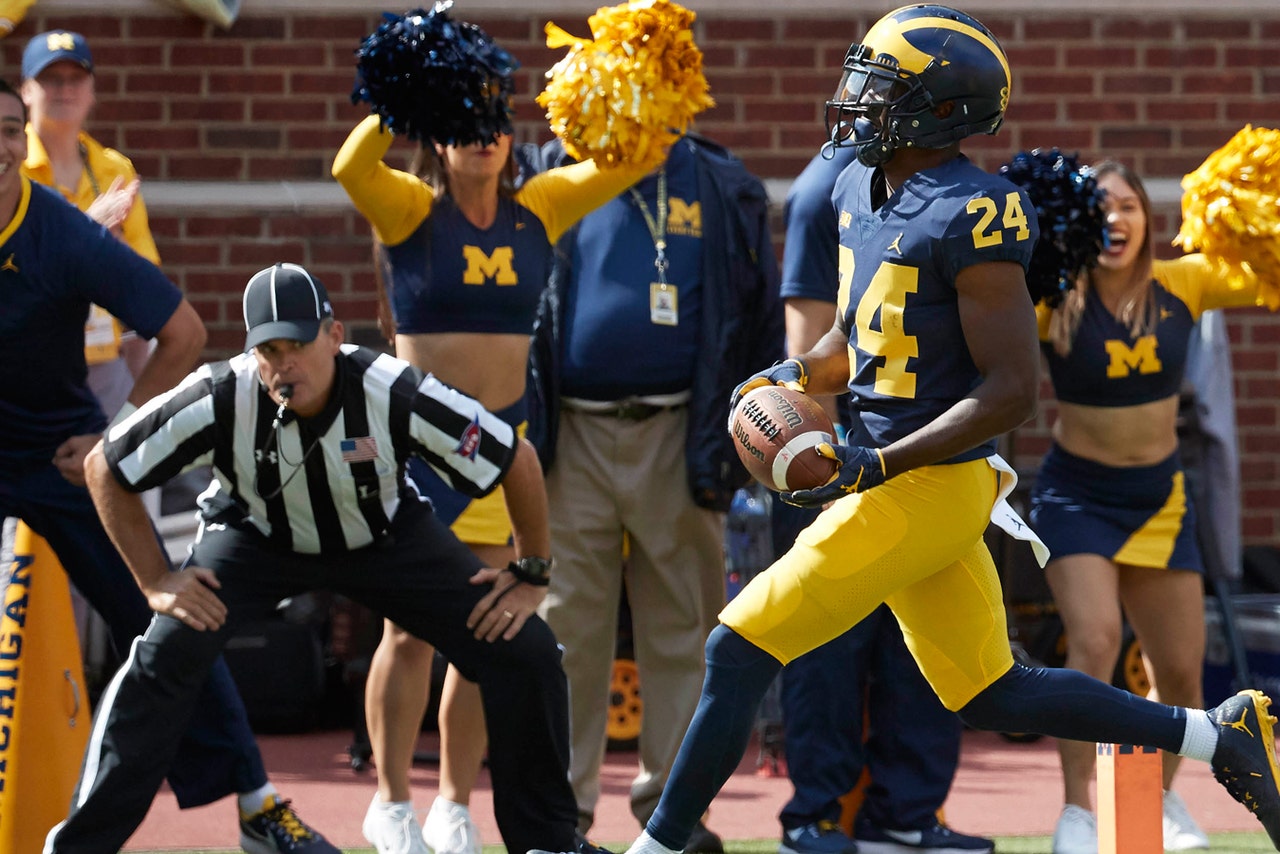 ANN ARBOR, Mich. (AP) -- On defense, No. 7 Michigan has scored more points than it has given up.

The Wolverines (2-0) have scored three touchdowns on defense, tying Texas for the most in the nation. They have allowed opposing offenses to score just two TDs and a field goal.

"I'm not aware of that, but that's a good statistic that we'll try to keep as long as possible," defensive tackle Maurice Hurst said.

It will be very difficult for a young and talented unit to maintain that pace.

Michigan hosts Air Force (1-0) on Saturday, a day the service academy will have had two weeks to prepare for since beating VMI 62-0.

The Falcons will bring their unique, triple-option offense to the Big House, where an attacking defense will aim to slow down another offense and perhaps score some more.

Michigan limited then-No. 17 Florida to only a field goal on offense in a 33-17 season-opening win.

The Wolverines' offense had a relatively lackluster showing in a 36-14 win over Cincinnati , but their defense did its part. Tyree Kinnel returned an interception 28 yards for a score in the first quarter against the Bearcats and Lavert Hill's 24-yard interception return for a TD in the fourth sealed the rout.

Kinnel, a junior from Ohio, was named the Big Ten's defensive player of the week. In addition to his interception for a touchdown, he led the team with nine tackles, including the first sack of his career.

Michigan returned only one starter from last year's highly touted defense. It looks like a lot of talented players were pining for an opportunity, and they're making the most of it. And when one of them gets their hands on the ball, they're trying to take it to the house.

"We work on it in practice," Hill said. "Every time we get a fumble recovery or something, we just pick it up and go to the end zone to get ready for Saturdays if that happens."

Michigan has kept teams off balance defensive coordinator Don Brown orchestrating a scheme that has featured a three-man front with waves of blitzing linebackers in front of defensive backs fast enough to stay in one-on-one coverage. The defense has been able to shut down teams on the ground, ranking among the nation's best by allowing less than 40 yards rushing per game. That has allowed Brown to blitz, leading to the team ranking among the best in college football with five sacks a game.

Hurst anchors a defensive line that has Rashan Gary, a top-rated recruit in 2016, on the outside. Linebacker Devin Bush has filled in well for Heisman Trophy finalist Jabrill Peppers, averaging nearly two tackles for losses a game. Even though teams have had to throw a lot, they're still not picking up many yards by averaging 157 yards passing per game.

"A lot goes to coach (Don) Brown and how he coaches the defense, just getting all the playmakers on the field at one time," Hill said. "He coach pretty aggressive. He knows what he's doing and you can see that on the field."

Jim Harbaugh sees it, too. The coach knows his defense won't be able to outscore offenses all season long, but he likes it so far.

"It's a good thing," Harbaugh said. "Very good players and a good scheme. And, they work very hard at being good on defense."