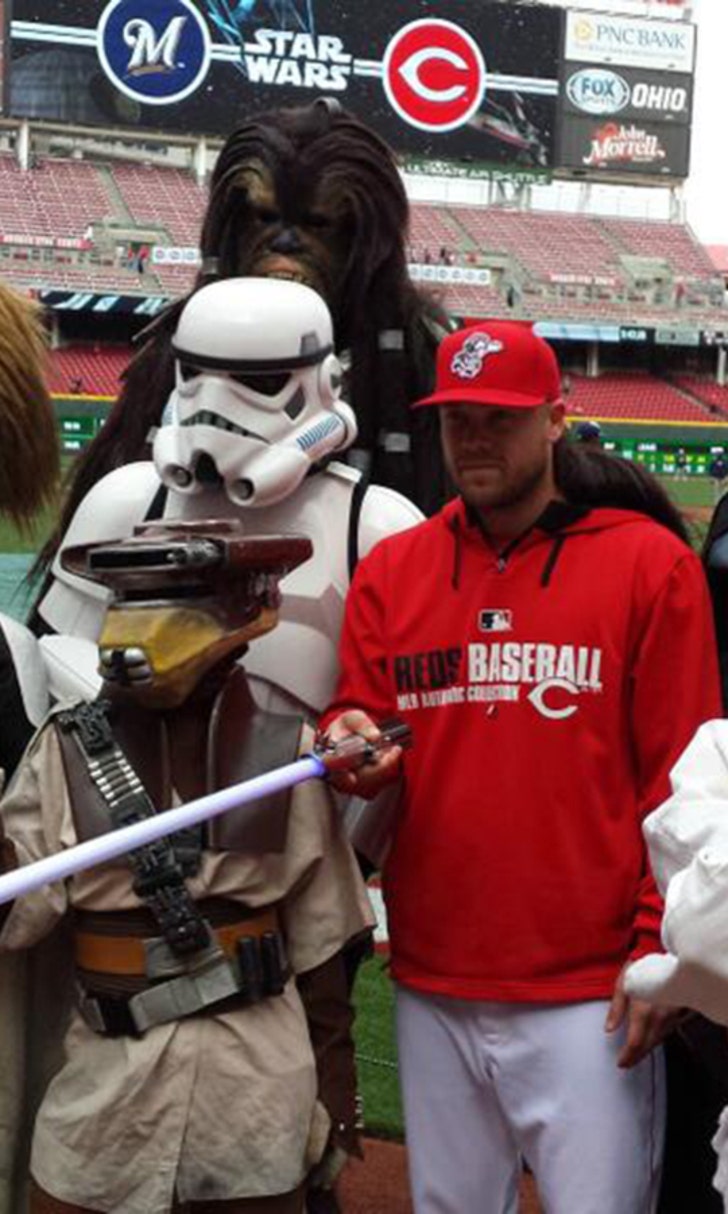 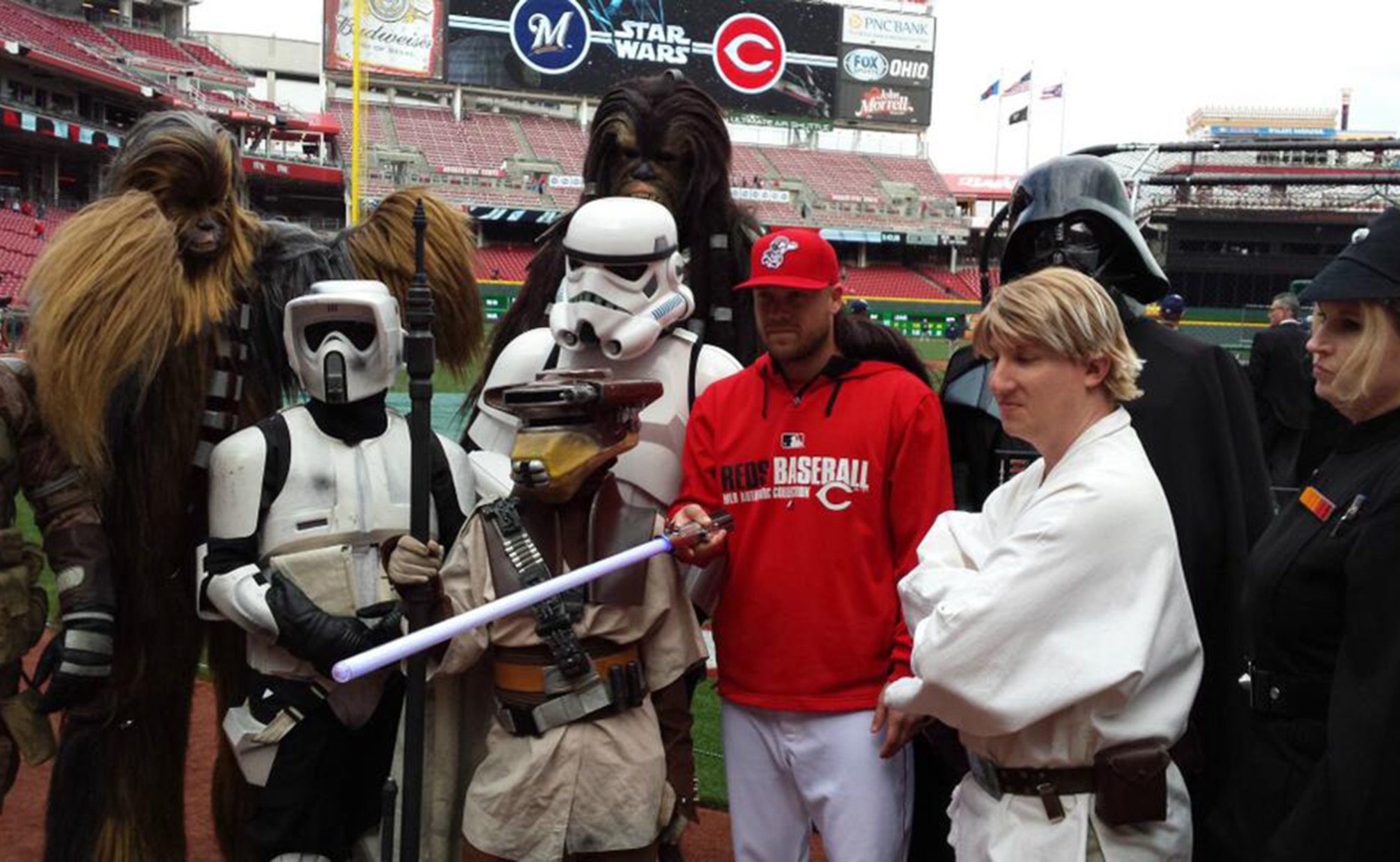 May the Fourth be with you: Reds Celebrate Star Wars Night

May the Fourth is Star Wars Day and the Cincinnati Reds went all out to celebrate.

The team kicked off an entire weekend filled with Wookies, lightsabers and Jedi before Friday night's game against the Brewers at Great American Ball Park.

Check out these photos from one of the best promotions this side of Tatooine, including the tweet of the night from the Reds official account, after Joey Votto's shot to left field in the fourth was ruled a double instead of what looked to be a home run:

These aren't the Reds you're looking for. Baseball & Star Wars... What a combo. May the forth be with you. pic.twitter.com/VdqHZQ37C9

Star Wars night at the @Reds game is pretty weird. However helmeted Todd Frazier looks even more like @CW_Frost pic.twitter.com/8K6rrXxw9G

May the Fourth be with you.