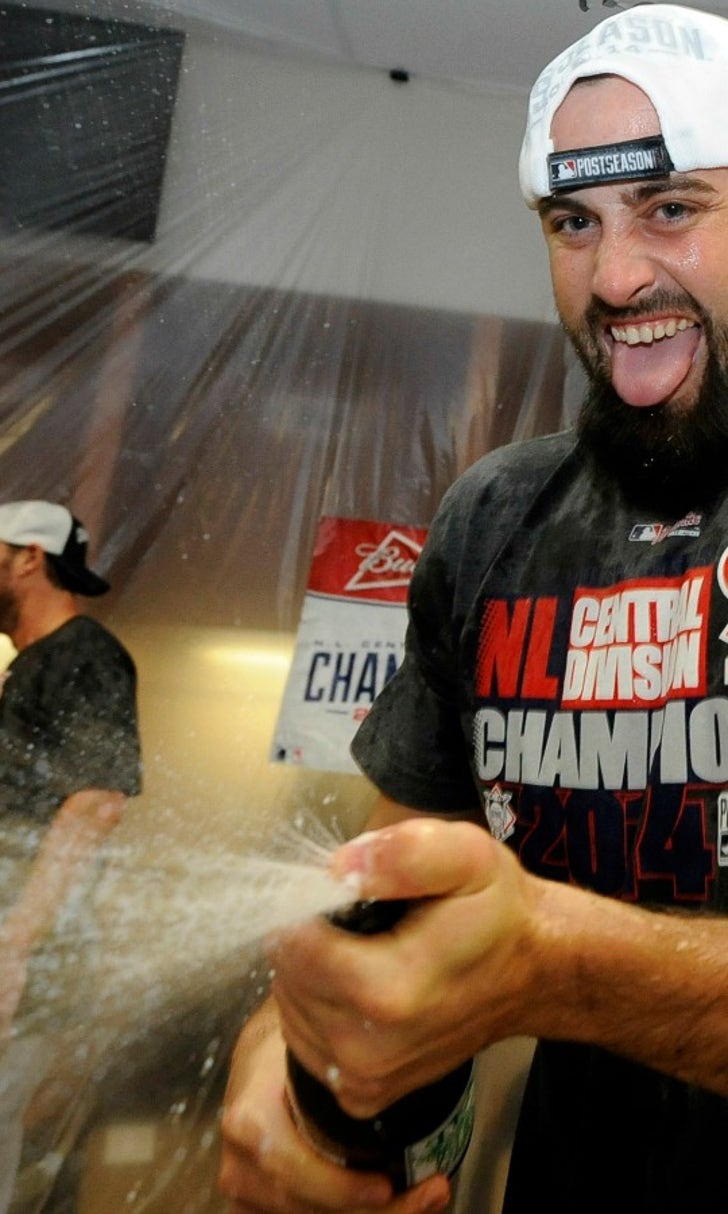 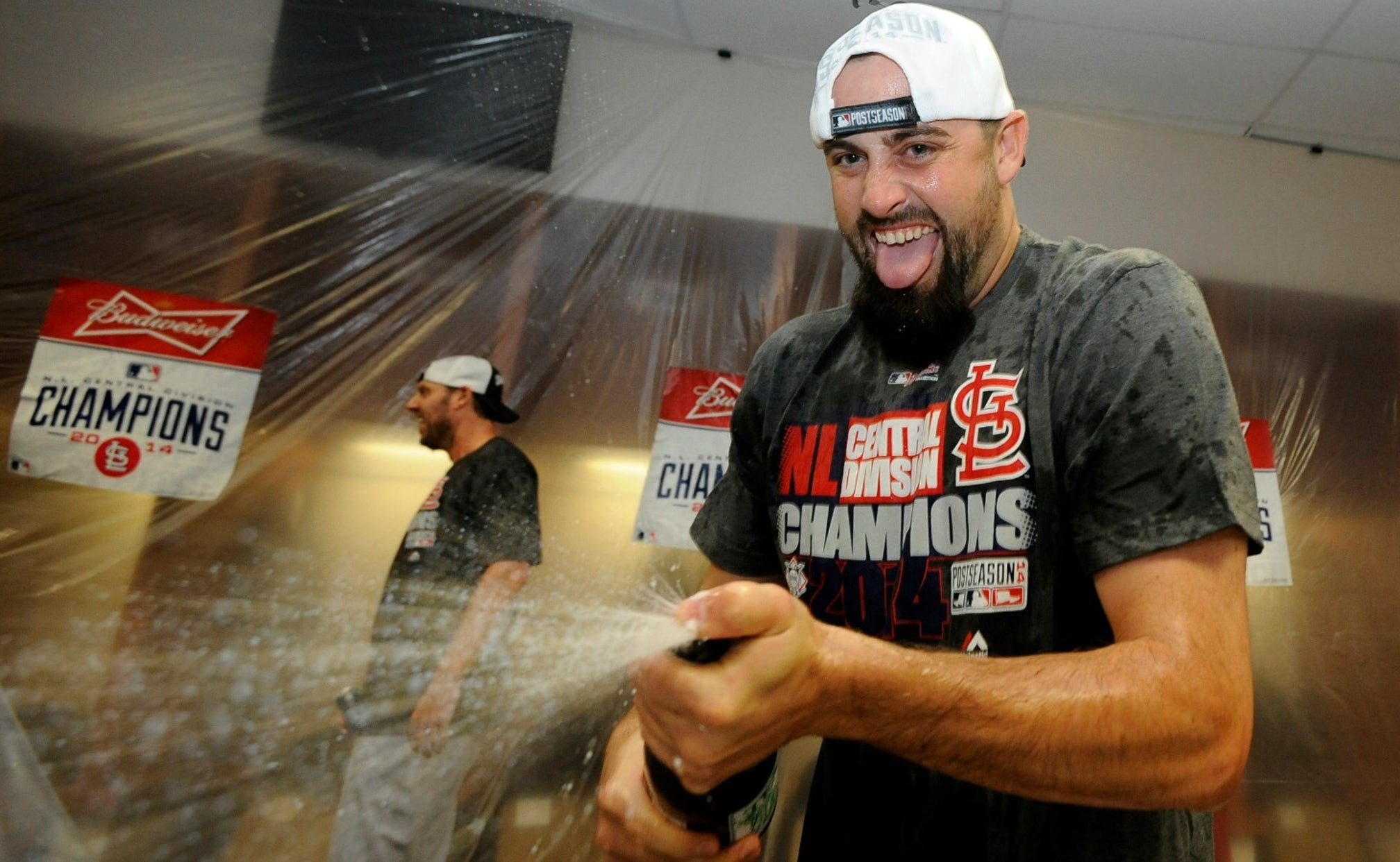 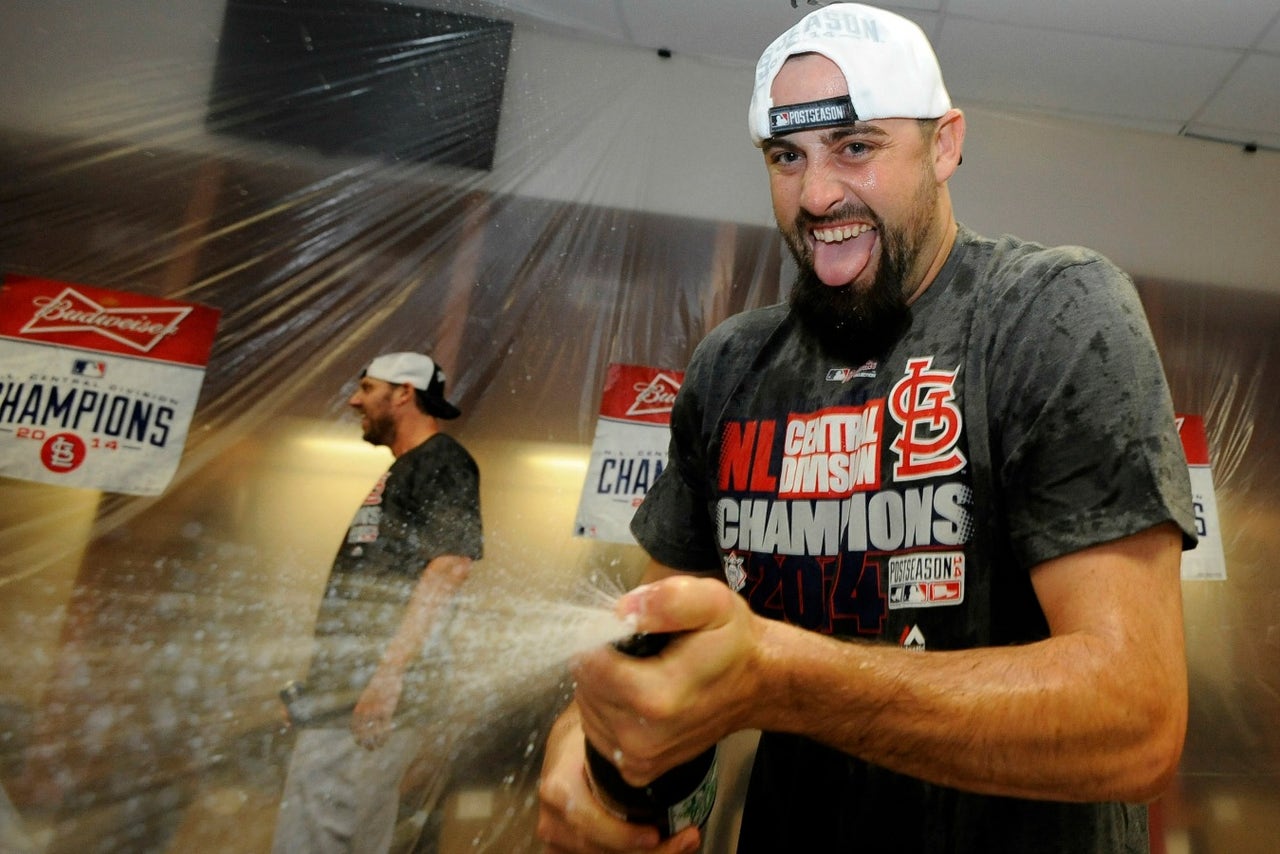 Shortly before first pitch came the reports on Twitter: Adam Wainwright had stopped warming up for his start Sunday afternoon against the Diamondbacks.

The Cardinals would not need his services to claim the NL Central championship. The Reds had just beaten the Pirates in Cincinnati, which gave the Cardinals their second consecutive division title no matter how they did against the Diamondbacks.

They also had secured their fourth consecutive trip to the postseason, the first such streak in the storied franchise's history.

So the Cardinals decided to let Wainwright rest up for Friday in Los Angeles, where he will start Game 1 of the NLDS against Clayton Kershaw and the Dodgers.

Instead of focusing on pitching, Wainwright could start thinking about the party that would take place in the visitors' clubhouse at Chase Field regardless of the outcome of the regular-season finale, which the Cardinals would win by -- how appropriate in this season -- a 1-0 margin.

When shortly before the game FOX Sports Midwest's cameras showed Wainwright and Yadier Molina walking to the dugout from the bullpen, you could tell they looked ready to celebrate. They wore big smiles and offered cap tips to the Cardinals' fans cheering them as they walked from the bullpen to the dugout.

While the postgame party appeared festive enough, at least from what could be seen on FOX Sport Midwest's postgame show, you could tell they have future parties on their mind.

"It was a rough road, but we made it," Molina said as he was being doused by Carlos Martinez. "We're not finished here."

An offense that scored 164 fewer runs than last year was the main reason the Cardinals finished the regular season with seven fewer wins than a year ago. The team ERA was a little higher this year -- 3.53 to 3.42 -- but their pitching was plenty strong enough to carry the club through a schedule where half of their games were decided by one or two runs.

The Cardinals thrived in the tight games, too, going 14 games over .500 in games decided by one or two runs. Their season-closing win during which five pitchers shut down the Diamondbacks on two hits was the Cardinals' seventh 1-0 victory of the season, including their season-opening win in Cincinnati. Last year, they had zero such victories. The Cardinals finished with 23 shutouts, the most by the club since 1968.

Besides their ability to win the close ones, two other keys to the team's success were controlling the NL Central and consistency. Against the Central, the Cardinals finished 45-31 with a winning record against all four division foes. The Reds had the second-best division record, 40-36.

The Cardinals finished at least .500 in all six months, never winning more than six in a row or losing more than four straight.

Like most teams, the Cardinals took on the personality of their manager Mike Matheny in many ways. They grinded. They proved tough. They didn't get ahead of themselves. And, most of all, they didn't lose the faith.

Throughout the offense's roller-coaster season, Matheny remained the eternal optimist. He stayed calm through the lean times and lavished praise during the hot streaks. He didn't stress over a lack of home runs (the Cardinals finished last in the NL with 105 homers) and rarely, if ever, did he point a critical finger at any of his players.

Through much of the season, he said he believes that there remains another gear for his team to reach. Even in the postgame celebration, Matheny said, "I still see our best baseball ahead of us."

They didn't need it to claim the Central. They'll see if they can find their best in Los Angeles. A better-rested Wainwright is a good place to start.