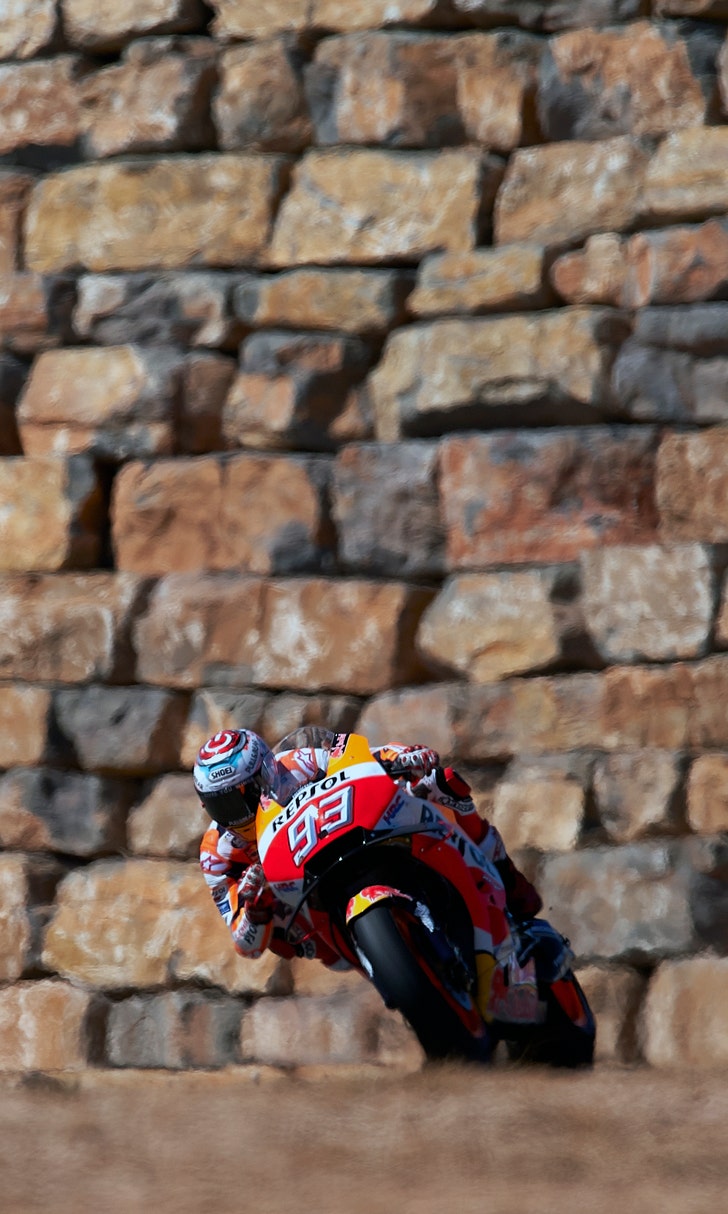 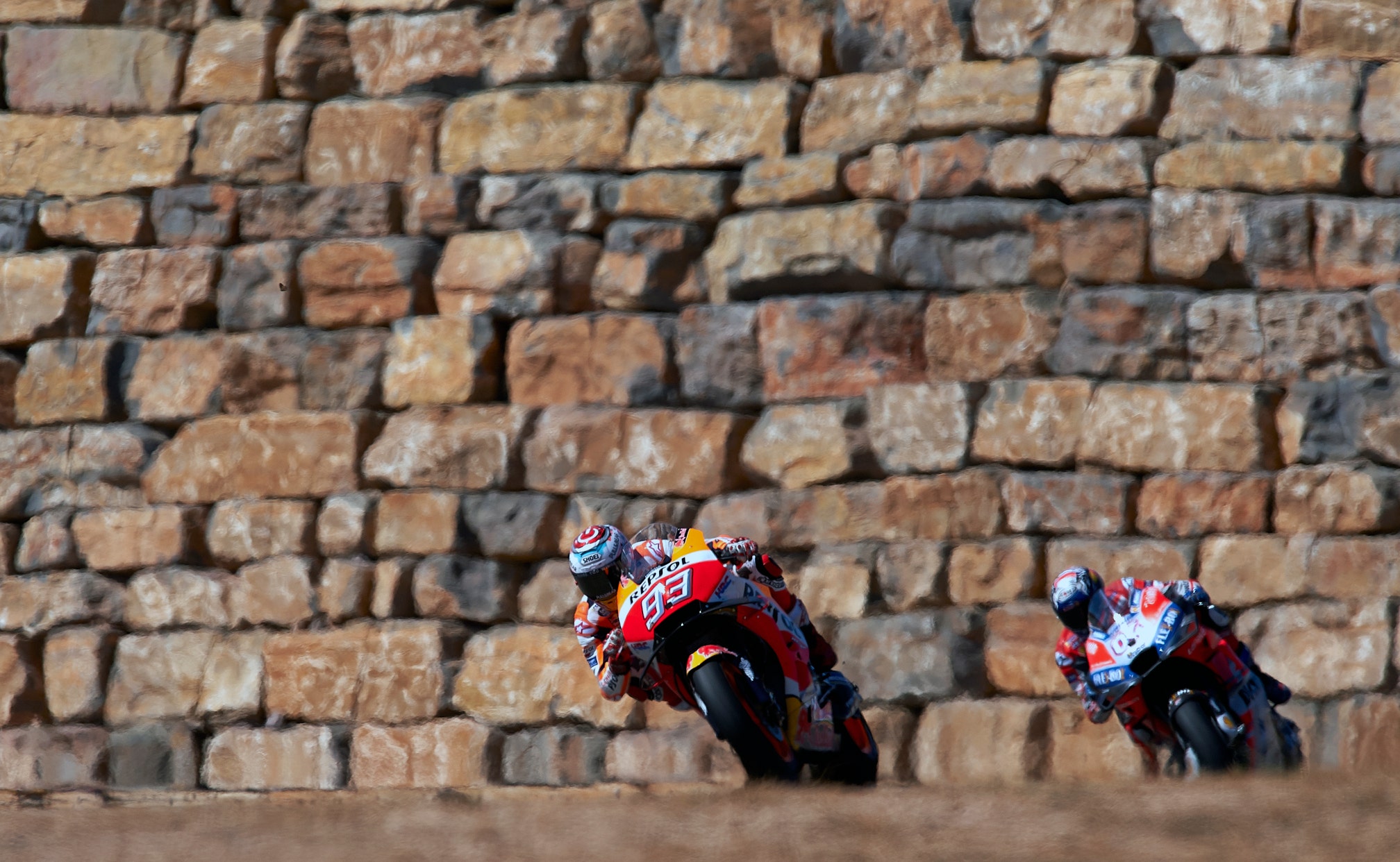 ALCANIZ, Spain (AP) — Marc Marquez won the Aragon Grand Prix to extend his overall lead of the MotoGP championship to 72 points on Sunday, after polesitter Jorge Lorenzo crashed on the opening lap.

Lorenzo flew off his Ducati on the race's first turn and was stretchered off the track and taken to the MotorLand Circuit's medical center, where medical staff determined he had a dislocated toe on his right foot.

Lorenzo lashed out at Marquez, who he will join at Honda next season, after the race.

"Marc's move meant that I couldn't take the curve and I had to go off the driving line . and I lost control," Lorenzo said. "I just hope that he comes to say sorry and ask how I am, and above all, that he won't do it again."

Marquez, who started from third on the grid, traded the lead with Andrea Dovizioso until finally taking charge for good on Lap 21.

Marquez finished ahead of Dovizioso and Andrea Iannone to claim the race for a third consecutive year.

It was Marquez's first win in five races.

"I had been taking risks in races but it wasn't enough to win," Marquez said. "This time I saw I could finish it off, and I said 'Let's go for it.' I wanted to win. I have an advantage but I wanted to end this drought."

Marquez stayed on course to securing a fifth MotoGP world title with his sixth win of the season. The Spaniard has 246 points, followed by Dovizioso with 174 and five races remaining. Riders get 25 points for each win.

In Moto2, Brad Binder won from pole followed by Francesco Bagnaia and Lorenzo Baldassarri. Bagnaia leads the category by 19 points ahead of Miguel Oliveira.