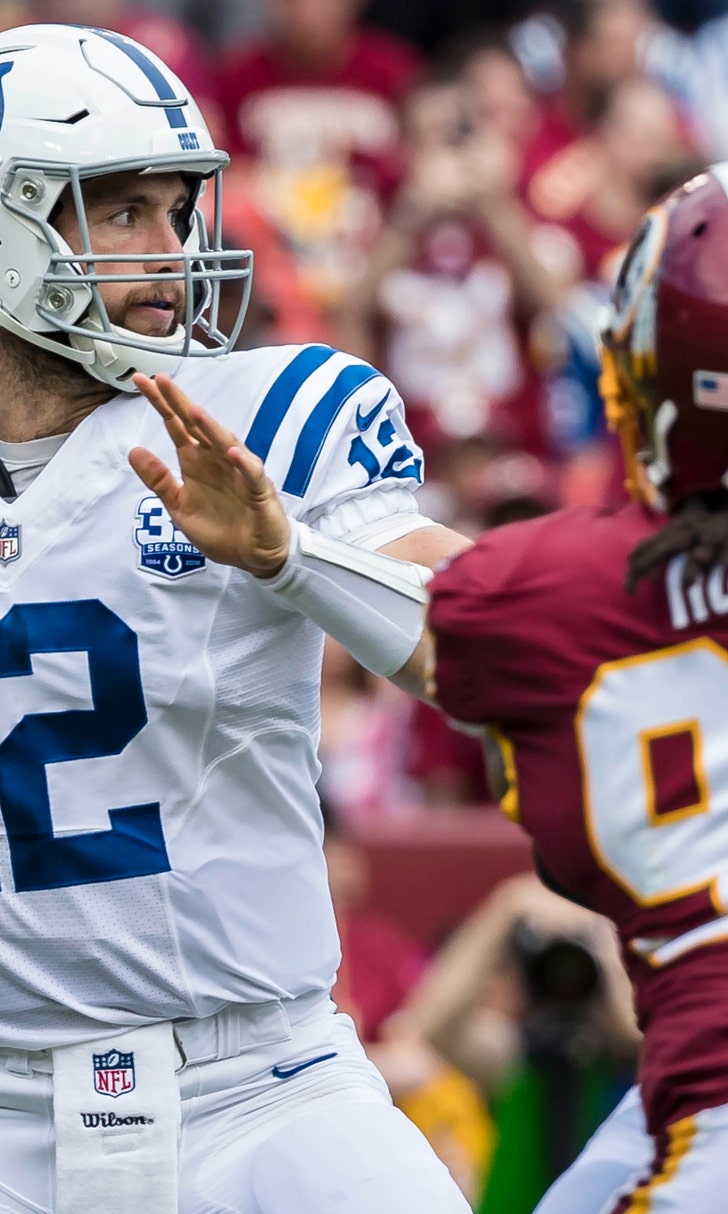 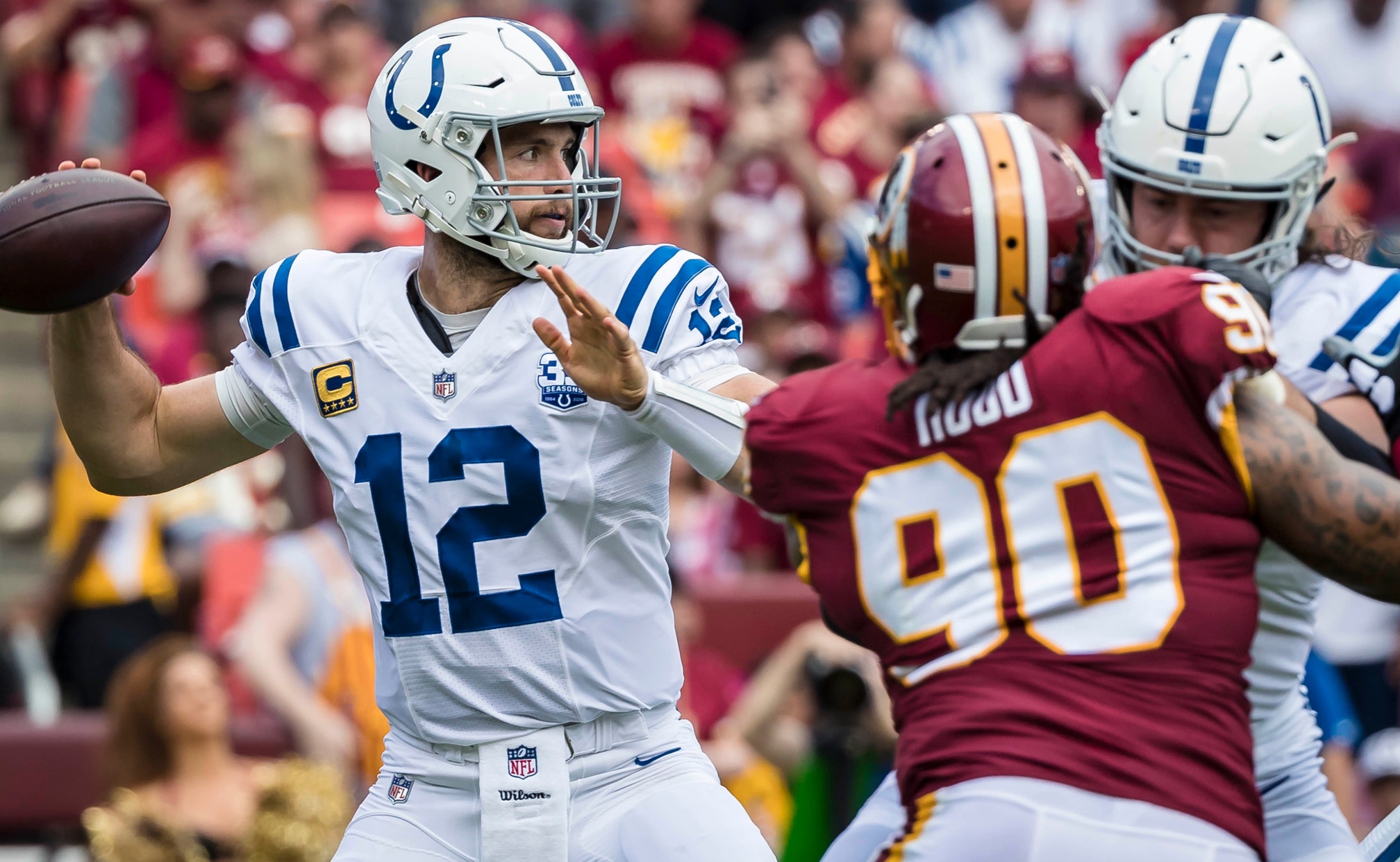 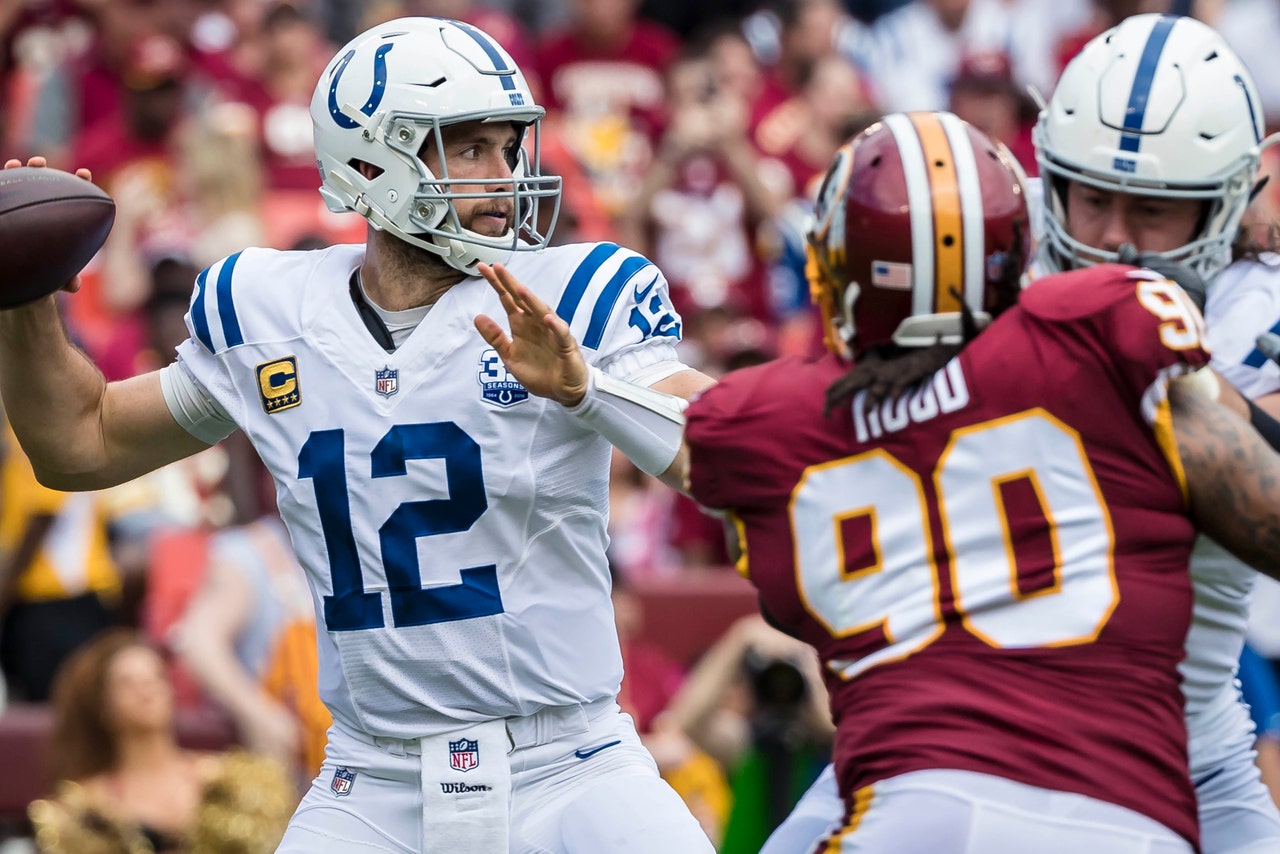 LANDOVER, Md. — Andrew Luck could recall a critical error the Indianapolis Colts made on almost every possession, some he made.

When it mattered most, he was almost perfect. Luck shook off two interceptions and capped a methodical drive with his second touchdown of the game to help the Colts beat the Washington Redskins 21-9 Sunday and pick up their first victory of the season.

"When we needed to, we put a drive together and got points," Luck said. "On the longer drive where we ended up with a touchdown, everybody, we all just did our jobs and we did them well."

Executing first-year coach Frank Reich's creative play-calling scheme, Luck also found Eric Ebron for a touchdown on the game's opening drive. The balanced offensive attack with 27 rushing and 31 passing attempts kept the Redskins' defense off balance and allowed Luck to pick apart a secondary that struggled in coverage and tackling.

The Colts avoided starting 0-2 for the first time since 2013.

"We felt like we let one slip last week," Hilton said. "In the third quarter we kind of went back to our ways and then we picked it up in the fourth quarter and got it going."

After putting up a Week 1-best 182 rushing yards, the Redskins (1-1) put up just 65 yards on 22 carries. Adrian Peterson was limited to 20 yards on 11 carries, and receiver Jamison Crowder was actually Washington's leading rusher with 29 yards on two sweep plays.

Dropped balls and shoddy offensive line play hampered QB Alex Smith on a day he was 33 of 46 for 292 yards.

"Our running game suffered and we were pretty much one-dimensional," coach Jay Gruden said. "We didn't have a very good run plan. ... Didn't give (Peterson) any good looks.

Colts rookie linebacker Darius Leonard was a disruptive force in run and pass defense. The second-round pick had a game-high 18 tackles, sacked Smith and forced Jordan Reed to fumble in the fourth quarter, the play that sent fans to the exits.

"He's been doing that all camp," defensive lineman Al Woods said. "It was a matter of time before he brought it out. Kudos to him: He brought it out at the right time and we love him for that."

Good seats in the second deck were still available well into the second half in the first non-sellout of a Redskins home game since 1967. Fans who did make the trip booed the Redskins at the two-minute warning in the second quarter and off the field at halftime.

"If you don't give them anything to cheer about, they're probably going to boo," said left tackle Trent Williams, who was twice flagged for false starts.

Colts: DL Hassan Ridgeway left in the second quarter with a calf injury. ... CB Quincy Wilson was evaluated for a concussion and did not return. ... LT Anthony Castonzo was out again with a hamstring injury.

Redskins: RG Brandon Scherff was evaluated for a right knee injury and returned. ... Williams went down with a knee injury and said he still has complications from offseason surgery. He returned to the game. ... WR Maurice Harris was inactive for a second straight week with a concussion.

Reich on blown leads: "There's probably a moment in there where some people are saying, 'Oh here we go again' when the third quarter starts. That thought probably went through everybody's mind. That's fair. That's fair until we prove otherwise."