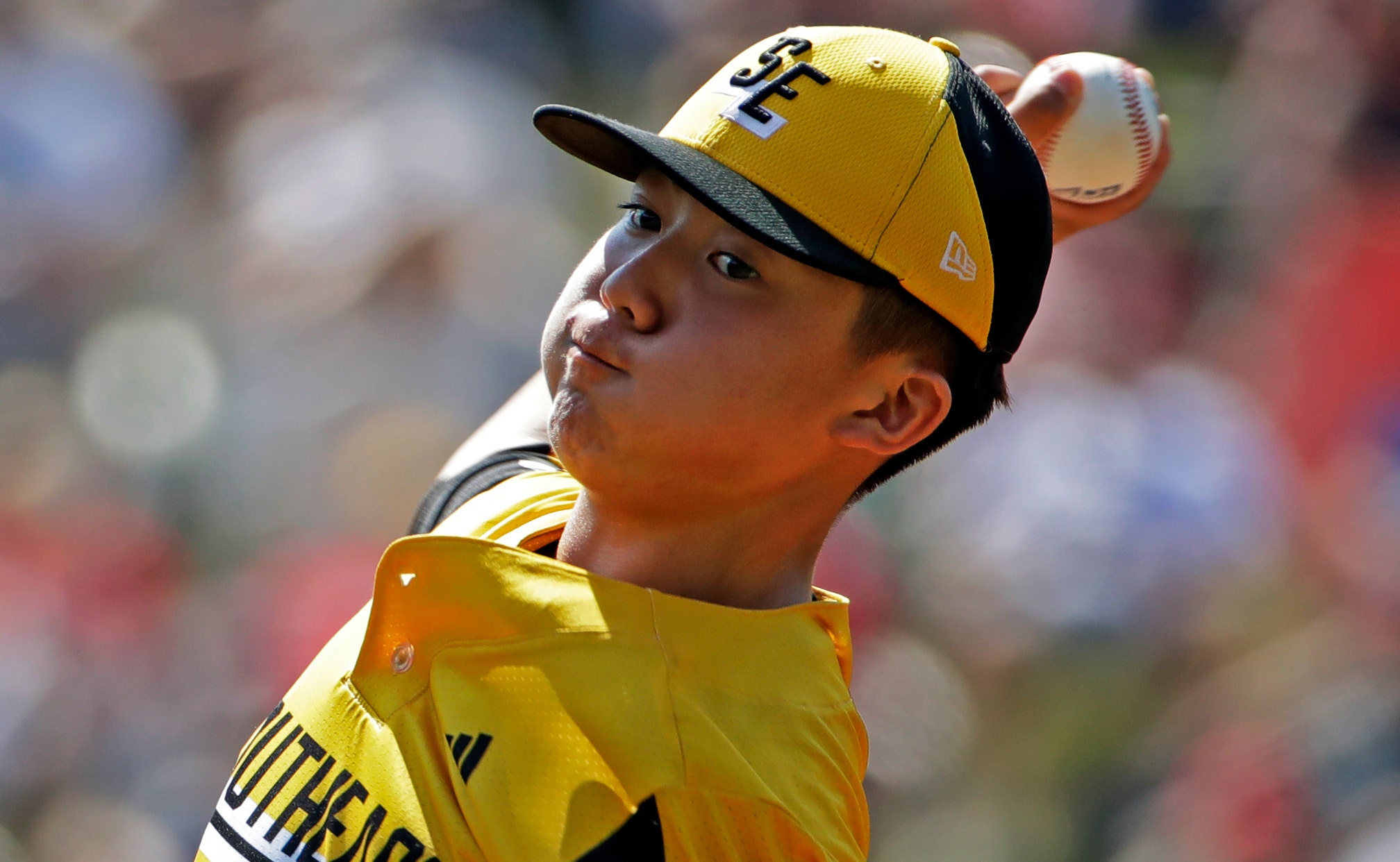 SOUTH WILLIAMSPORT, Pa. (AP) — When Alan Bowden, manager of the Virginia Little League team, called time with one out left in the top of the fourth inning Sunday, it didn't matter that his team was an out away from an 11-0 victory and its second consecutive no-hitter to start the Little League World Series.

The no-hitter wasn't on his mind at all — but his starter's pitch count was.

Little League has strict rules on how many pitches a player can throw before having to take a rest day, ranging from none for up to 20 pitches to four days of rest for 85 pitches, at which point the player has to come off the mound. The rule was put into place in 2010 and has added a dimension to the annual tournament in South Williamsport, giving managers another element of the game to work out.

Managers have to decide, often before a game starts, how many pitches they want their starters to throw. There's plenty of risk involved, something this Virginia team is aware of. If a pitcher maxes out, that player needs four days of rest before pitching again. By that time, the team could have been eliminated from the tournament.

Bowden and his club have gotten burned in the past by not having enough pitchers available, but at the LLWS, a meticulous approach to the management of their pitching staff and pitch counts has Loudoun South Little League from South Riding, Virginia, in an enviable position.

"The last two years, with this core nucleus of players, we've run through the losers' bracket at state last year and we had to win seven games in eight days," said Bowden, whose team represents the Southeast region. "This year, we had to win six games in like 10 days, coming out of the losers' bracket to win just to get out of our district. We've gotten pretty good at trying to manage our pitching, and our pitch counts."

Virginia is just one win away from the U.S. championship game heading into its game with Hawaii on Wednesday. The club has every one of its pitchers available — and they have yet to allow a hit through two games and 11 innings.

"We've got a pecking order with the pitchers on our team," said Bowden, who made no pitching move late in the game Sunday, after double-checking the pitch count.

"But we do have, six or seven kids on our team that can win us a big game. So we're very deep on the mound. Obviously, our best pitchers are at the top of that pecking order and we like to keep them available for the big games."

So far, it's worked out that way for Virginia. But things can go wrong in a hurry.

When Bowden pulled Justin Lee after he threw 35 pitches in the team's first game of the tournament, the game was scoreless. If Virginia had gone on to lose that game, Justin wouldn't have been available for the loser's bracket game the following day.

"I know it was a questionable call pulling Justin the other day at 35, to put Liam in because he was pitching well," Bowden said. "I'm sure I'm getting second-guessed on social media quite a bit about that."

As it turned out, Justin was ready to start against Minnesota and threw a complete game in Virginia's 11-0 win.

Virginia isn't the only team that is keenly aware of pitch counts and has different game plans depending on how a certain game plays out.

Japan pulled starter Ritsu Nishikawa after three innings and 33 pitches in its opening win over Italy, then was able to bring him back as a reliever in a 5-0 victory over Mexico a couple of days later.

Hawaii manager Brad Lung said after his team's win on Friday that he and his coaching staff are constantly talking about pitch counts in the dugout during games.

In that victory over Louisiana on Friday, starting pitcher Jaren Pascual threw all six innings and came one pitch shy of the 85-pitch limit. If Hawaii had lost Sunday, Jaren wouldn't have been available for what would have been an elimination game the following day.

But Jaren will be in position Wednesday to face Virginia, and so will both of the pitchers who faced New Jersey on Sunday — and in the completion of the game on Monday due to a storm — Logan Kuloloia and Isaac Imamura.

"We have a plan on who we're going to pitch, how many pitches they're going to get out there," Lung said. "It's constantly on our minds. We're analyzing the situation, seeing who can go at either time."