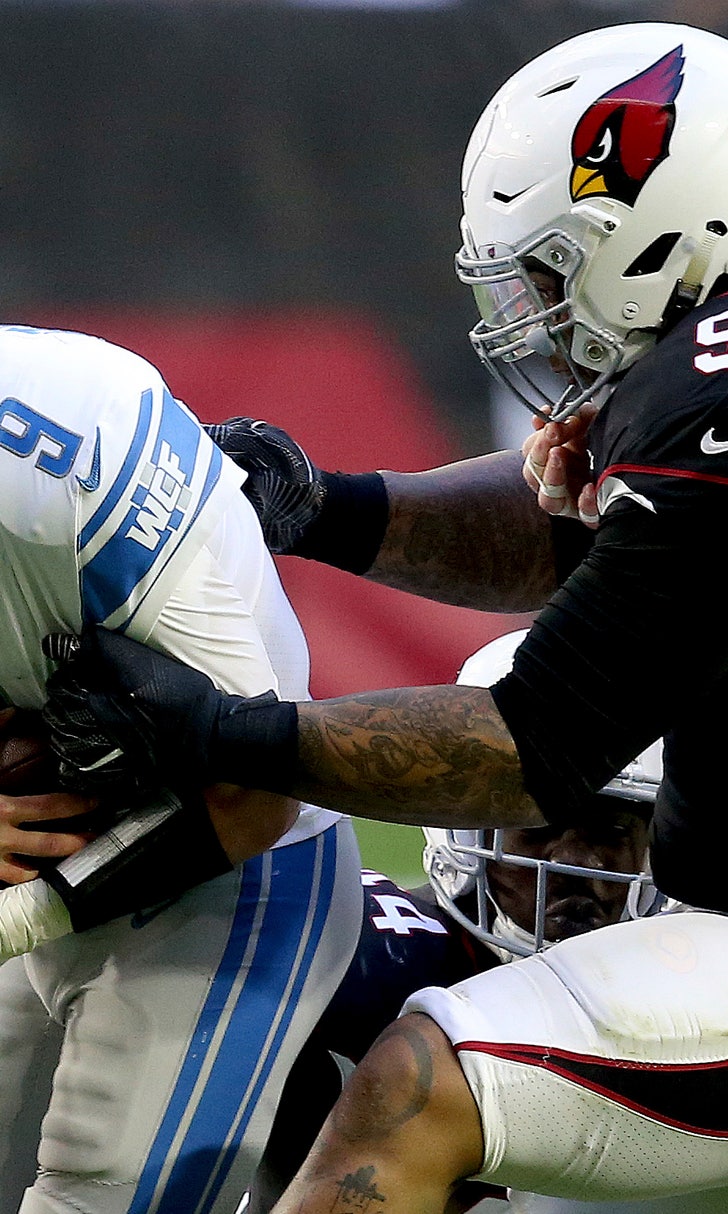 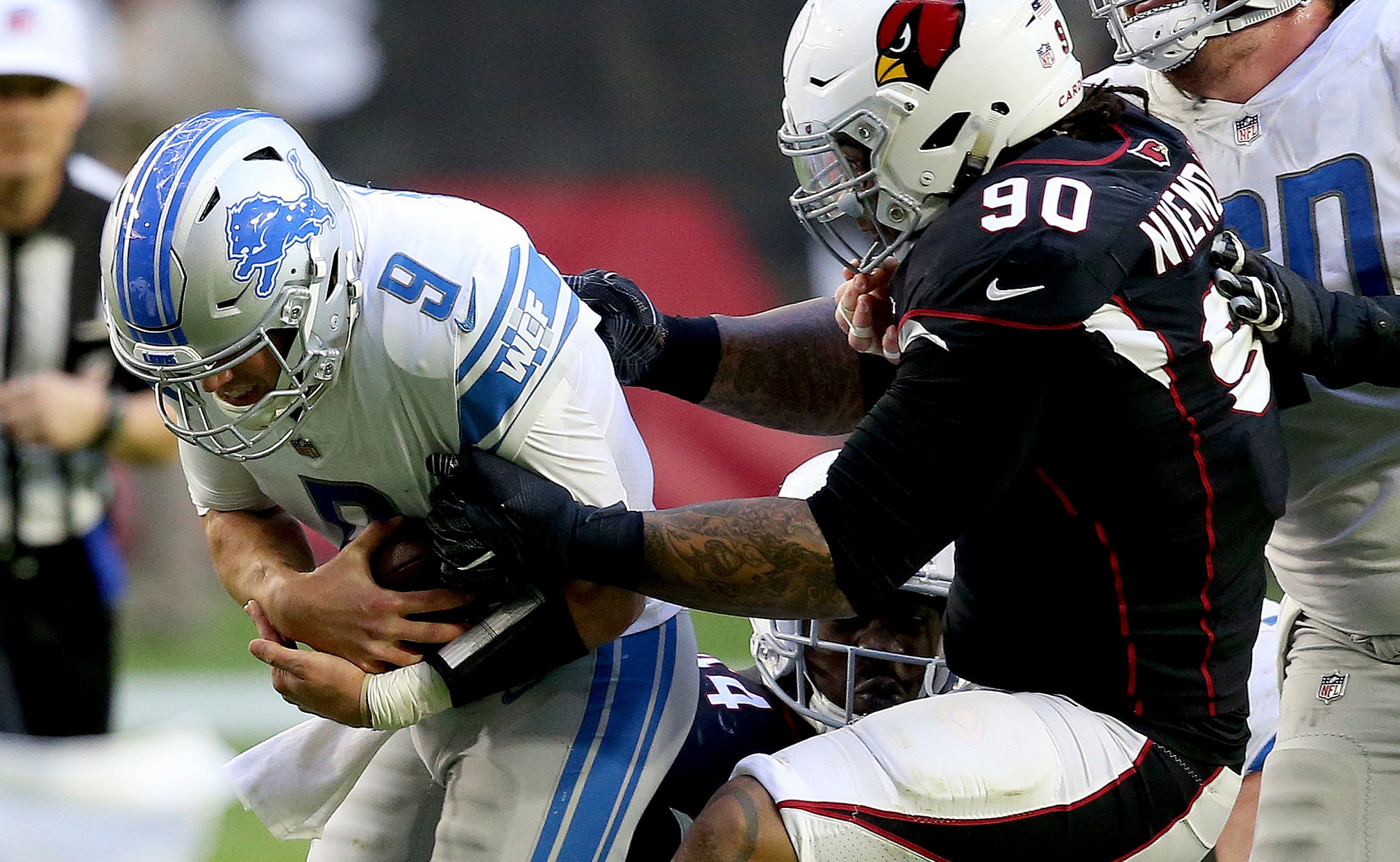 previous story
Twins keep it rolling in Detroit with 4-3 victory
next story
Yanks' streak without shutout ended at 220 by Minor, Rangers

Lions hope for much better beginning than disastrous 2018 start 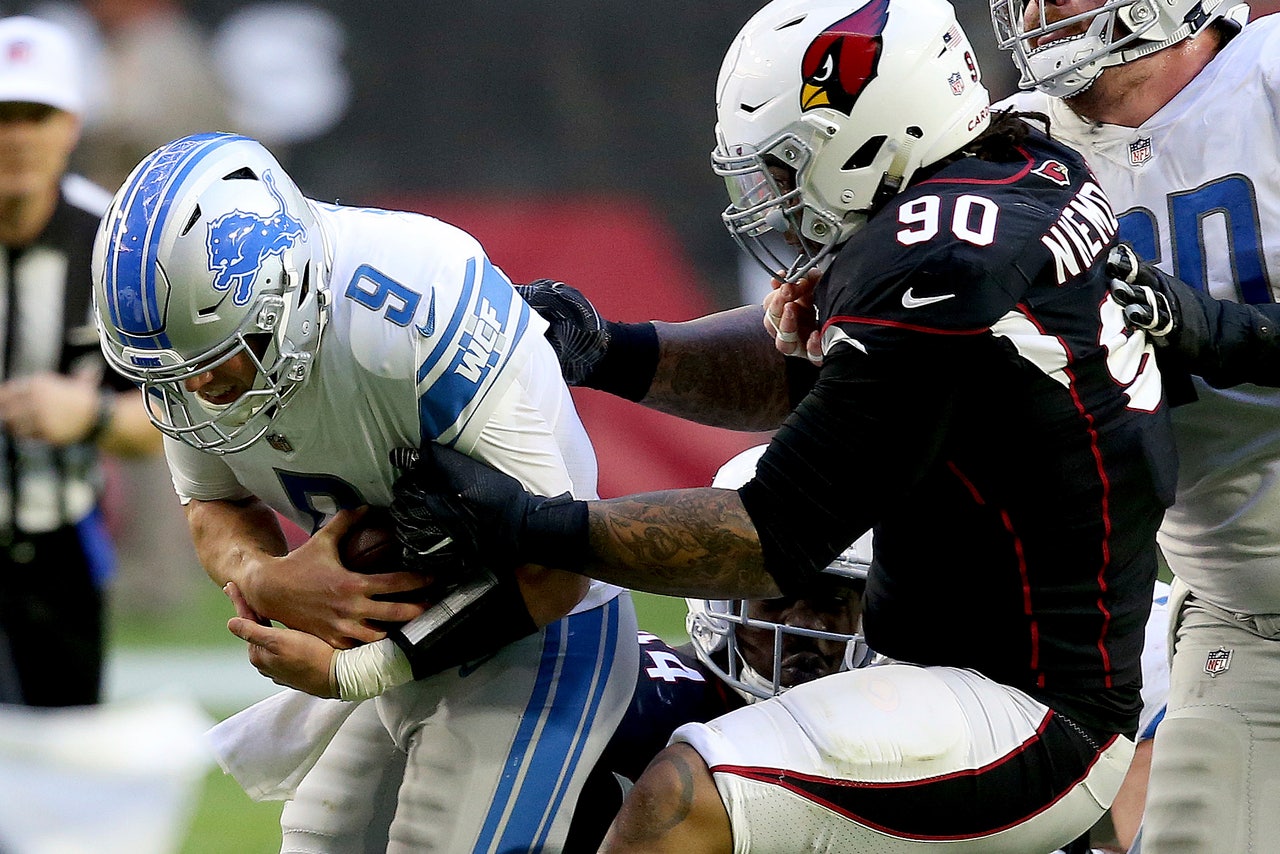 ALLEN PARK, Mich. (AP) -- A better start is on everyone's mind in Detroit.

The Lions open the season at Arizona, hoping to perform far better than they did last year when the New York Jets won big in Matt Patricia's debut as head coach. The roster and coaching staff have been tweaked in an effort to improve on the 6-10 record from 2018.

"The first game of the season is always really difficult just in general because you're not really sure what teams have worked on through the spring," Patricia said Monday. "And I would say the first month of the season (is difficult), especially as you play teams that have changed (with) turnover in the roster and coaching staff."

Detroit's defense, which enters its second season under coordinator Paul Pasqualoni, faces the challenge of the unknown with Arizona's new head coach Kliff Kingsbury and rookie quarterback Kyler Murray. The core of the Lions' defense returns, with a few new pieces, including defensive linemen Mike Daniels and Tre Flowers.

"I think we're much more familiar with what the system is, fitting pieces, trying to get the right guys on the bus and getting them in the right seat, so to speak," Pasqualoni said Monday. "I think that's a process."

He expects a no-huddle, wide-open, up-tempo spread from the Cardinals' offense.

"It stretches you this way horizontally," he said, holding holds his arms out wide, "and they stretch you vertically based on the speed of what they have, in Kyler Murray's ability to throw the ball; he can throw the ball deep."

New coordinator Darrell Bevell has changed the Lions' offense, which could hold a few surprises for the Cardinals.

Bevell will depend heavily on the run, with Kerryon Johnson leading the way. Quarterback Matthew Stafford, entering his 11th season, needs to understand the ins and outs of the new offensive philosophy.

"We're looking for Matthew to be able to run the show, just be able to be the master of the offense, get us all into good situations, keep us out of bad situations, and make smart decisions," Bevell said.

Protecting Stafford will be key.

"That's a good front obviously, with the two rushers they have on the edge. That's the first thing that jumps out at you with Chandler Jones and Terrell Suggs, that's where it starts," Bevell said. "That tells you they want to be able to get after the passer, they're going to be always in the game when they're in their base defense, but also when they're in the nickel defense with those two edge rushers."

"The cool thing about (Hockenson) is he's kind of come in and it hasn't been too big for him," Bevell said. "He hasn't been that wide-eyed rookie, he's taken it all in stride."

NOTES: No updates were given on starting middle linebacker Jarrad Davis and center Frank Ragnow, who were injured in the preseason. The Lions will issue their first injury report after Wednesday's practice. . Rookie DE Austin Bryant was placed on injured reserve Monday and tight end Logan Thomas was re-signed to the 53-man roster. Bryant, who was injured in training camp, will be eligible to contribute in Week 9 if reactivated. Thomas was released on Sunday to make room on the 53-man roster to sign free agent running back J.D. McKissic.