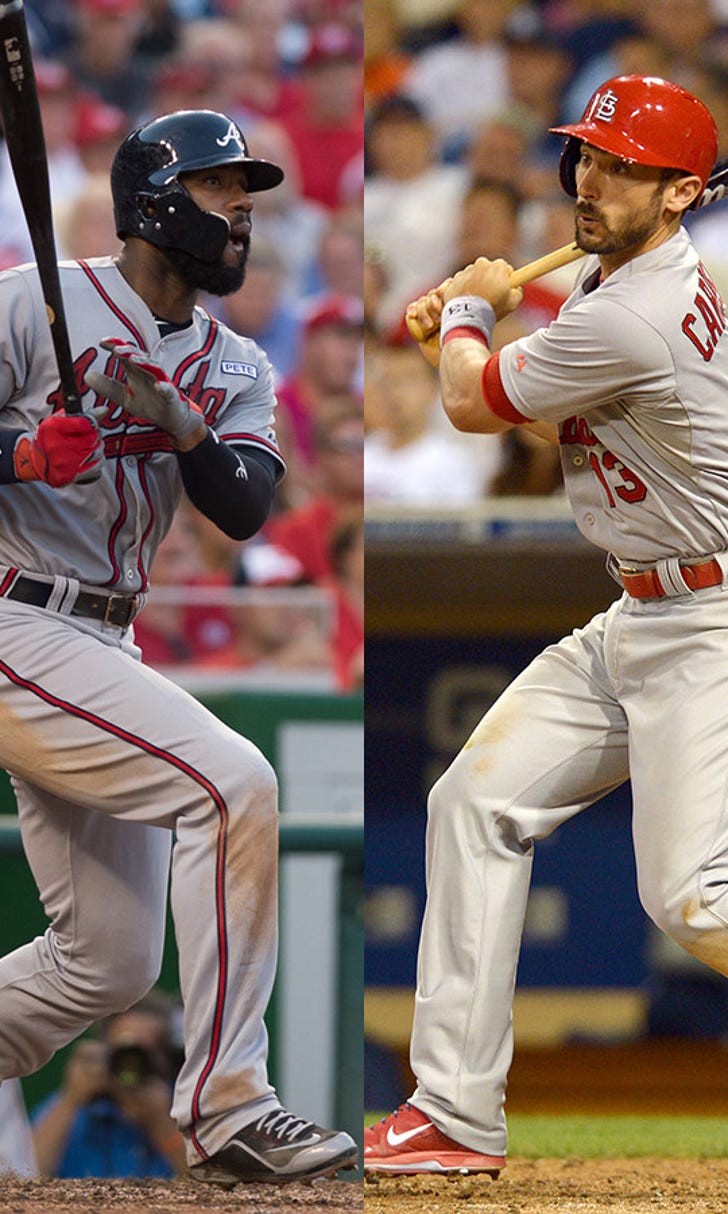 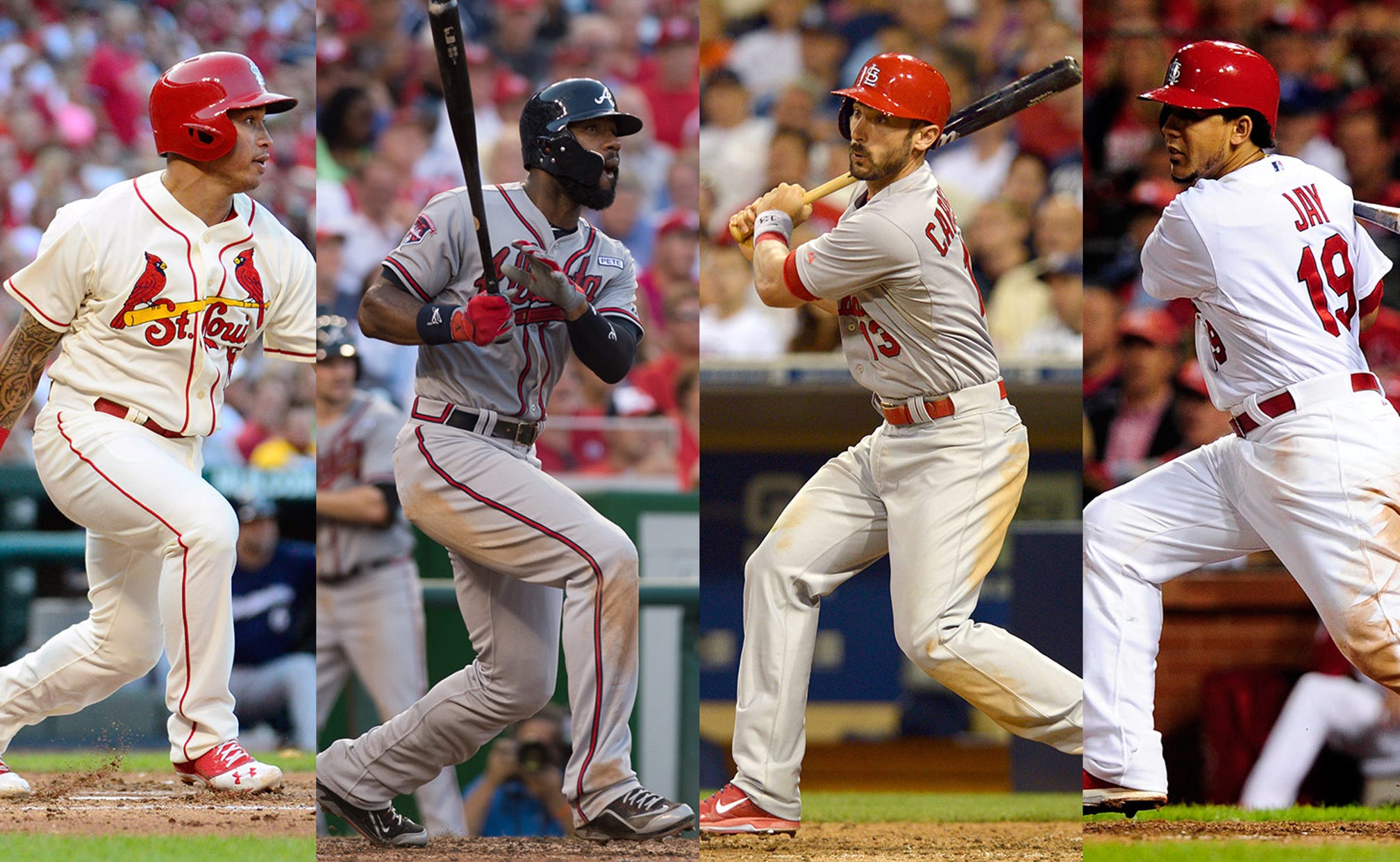 Let the debate begin: Who hits where in Cardinals' lineup? 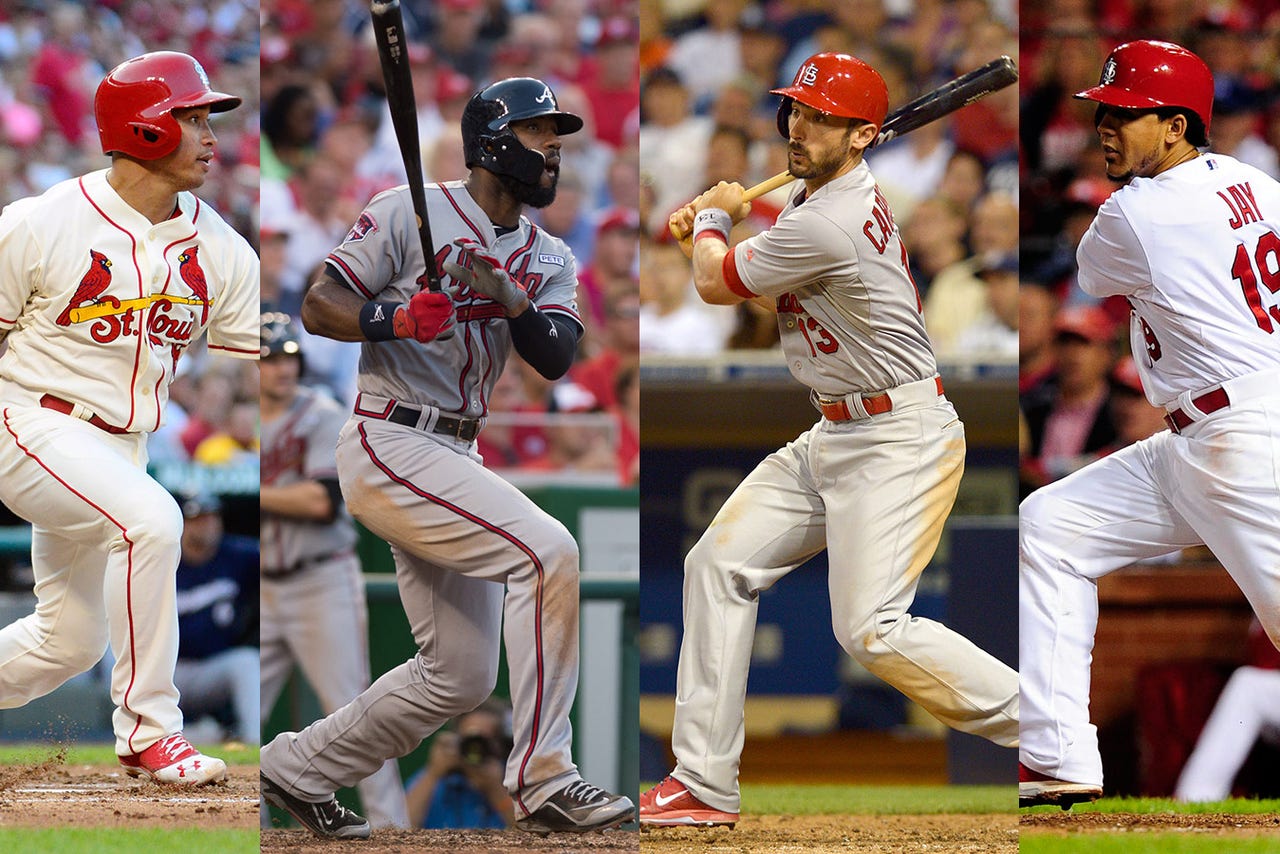 SAN DIEGO -- First, the multiple choices: a. Carlos Martinez in the rotation, b. The battle for the utility infielder jobs, c. The batting order.

Next, the question: What Cardinals topic will be talked about the most between now and Opening Day?

And the answer: Considering the Cardinals scored 164 fewer runs in 2014 than in 2013, it's gotta be about the offense. And because the lineup as it stands on the second day of the Winter Meetings will feature only one newcomer, right fielder Jason Heyward, the batting order looms as more than a little important.

Another factor that will make the batting order a daily theme is the abundance of options for most of the key spots. At the leadoff position, for example, there's Matt Carpenter, Heyward, Jon Jay and, sooner or later, Kolten Wong.

In the two-hole, there are those four and, perhaps to better balance the righty-lefty situation, Jhonny Peralta.

Matt Holliday, Heyward and Carpenter all could handle the third spot.

In the five-hole, you could go with Yadier Molina, Peralta or Adams.

All these guys seem so capable of producing in the top half of the order that you wonder why the Cardinals struggled so often to score runs last season. You also wonder if the addition of one newcomer can make that much difference. Or if last year was an adverse aberration, sort of like the Cardinals' historic batting average with runners in scoring position was a positive deviation in 2013?

Count general manager John Mozeliak among those who would settle for splitting the difference.

"How about a happy medium," he said Tuesday afternoon in his suite at the Grand Hyatt.

Hey, split the difference in the club's wins totals in 2013 and 2014 and you'd have a 94-win team that would be going to the playoffs for the fifth straight season.

I would expect the offense to bounce back and score somewhere between the 619 runs it put up last year and the team's league-leading total of 738 in 2013. I also would expect Heyward to provide a big bump in the Cardinals' right-field production, which really won't be that difficult. Cardinals right fielders ranked in the bottom three in homers (nine), batting average (.237) and OPS (.609) in 2014.

More than most players, where Heyward hits in the order could greatly determine what kind of production he provides. He says the main reason his homers dropped to 11 last season in Atlanta was that he changed his approach when he was moved into the leadoff role. The stats back him up. In 2012, he hit 27 homers, which happens to be the most in the past three years of anyone who will be in the Cardinals' lineup in 2015.

For a team that is lacking in home-run power, batting Heyward in the leadoff spot would not seem like the way to go. Matheny, however, isn't ready to say where Heyward will hit. Asked Tuesday if he has thought about where Heyward will hit, Matheny answered, "Well, I know everybody else has."

"I know it makes for great conversation, but the reality is we need to see (in spring training) how our players are improving," he said. "Jason has been a guy who can get on base. He's also a guy that can drive in a lot of runs. That's a great combination. And you have a mixture of some speed there, too, which I know nobody in our fan base is disappointed about. We like having that as a weapon. All of those things are going to go into the mix, but we'll need to get our club together and see firsthand how it fits."

My guess: Carpenter will continue to lead off. Why mess with the success he has enjoyed and the way he has embraced the role?

My certainty: We'll be talking about the batting order -- a lot -- until Opening Day.