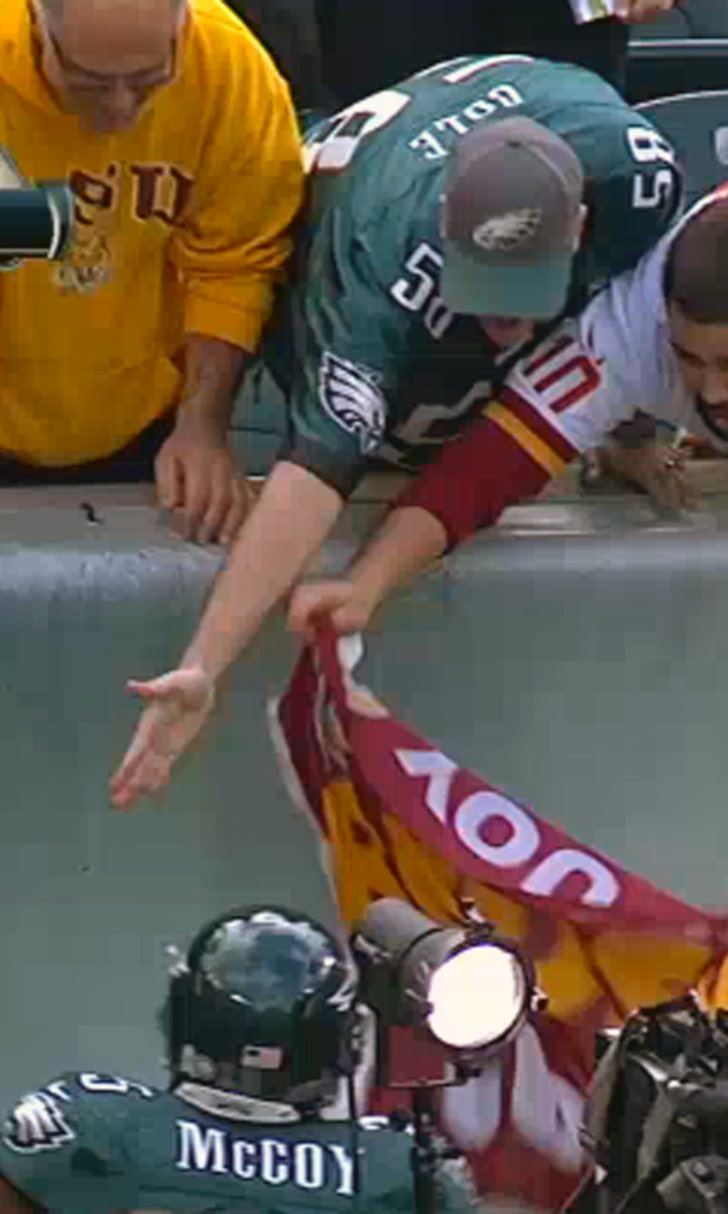 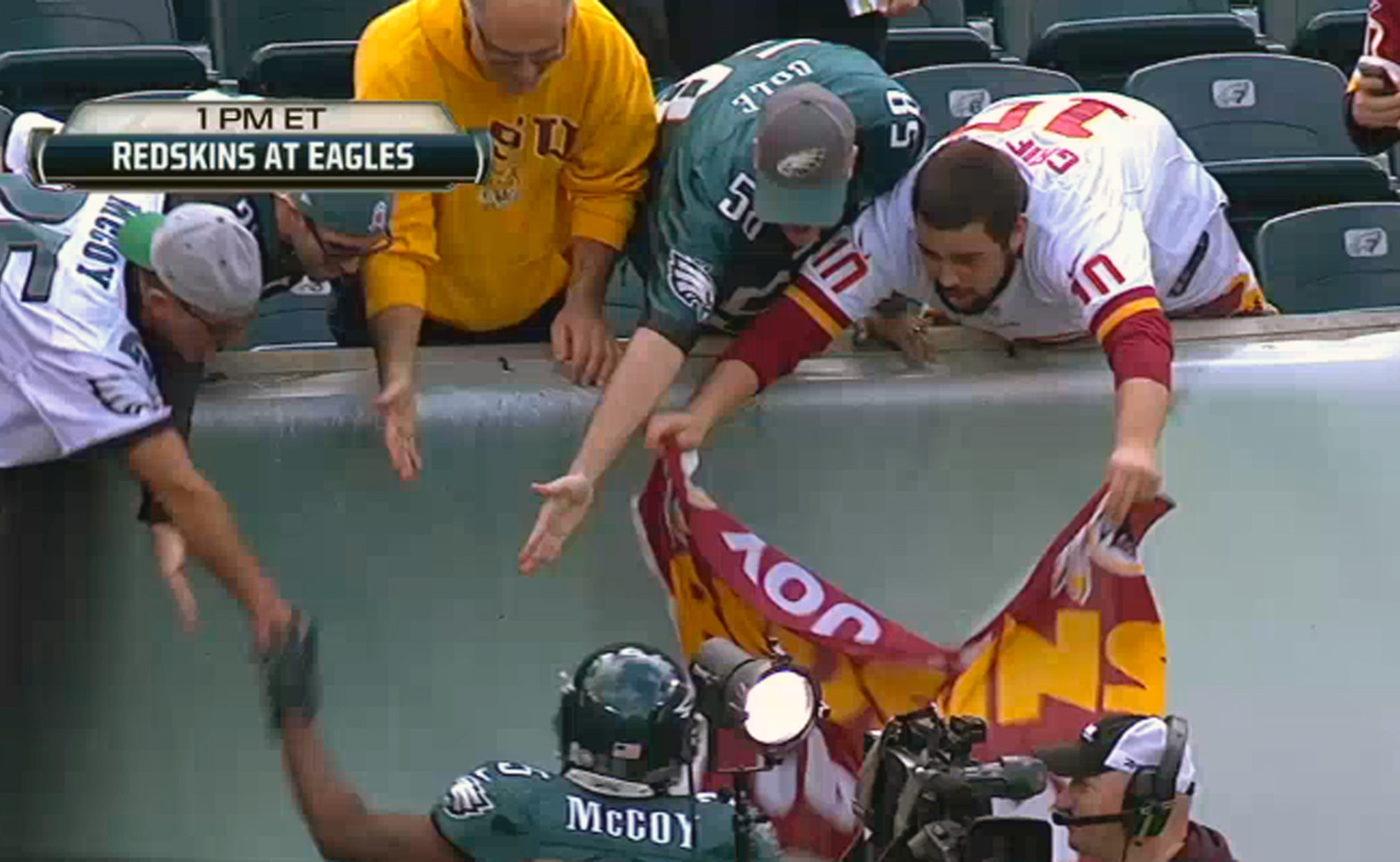 LeSean McCoy rips Redskins fan's flag out of his hands

LeSean McCoy was fired up before Sunday's matchup with the Redskins and he wasn't about to let a Washington fan bring him down.

As you can see in the GIF above, McCoy took matters into his own hands by ripping the flag out of the fan's hands.

That Redskins' fan probably had something to say after this happened to McCoy later in the game: