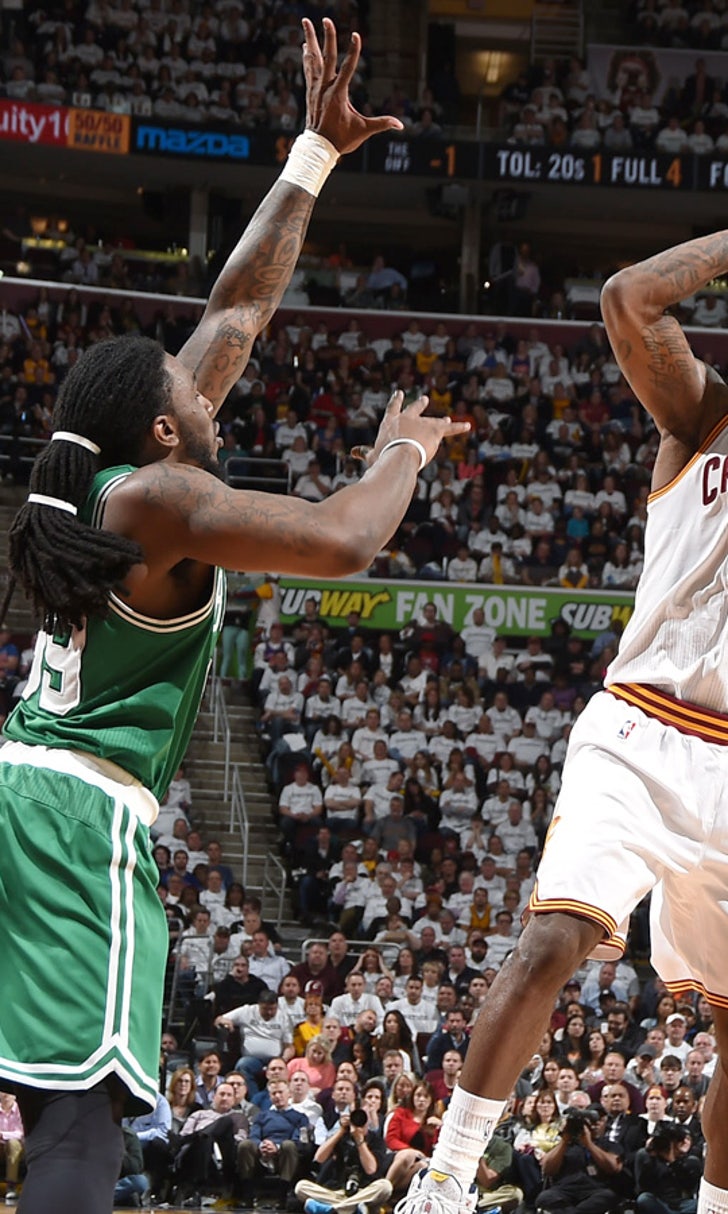 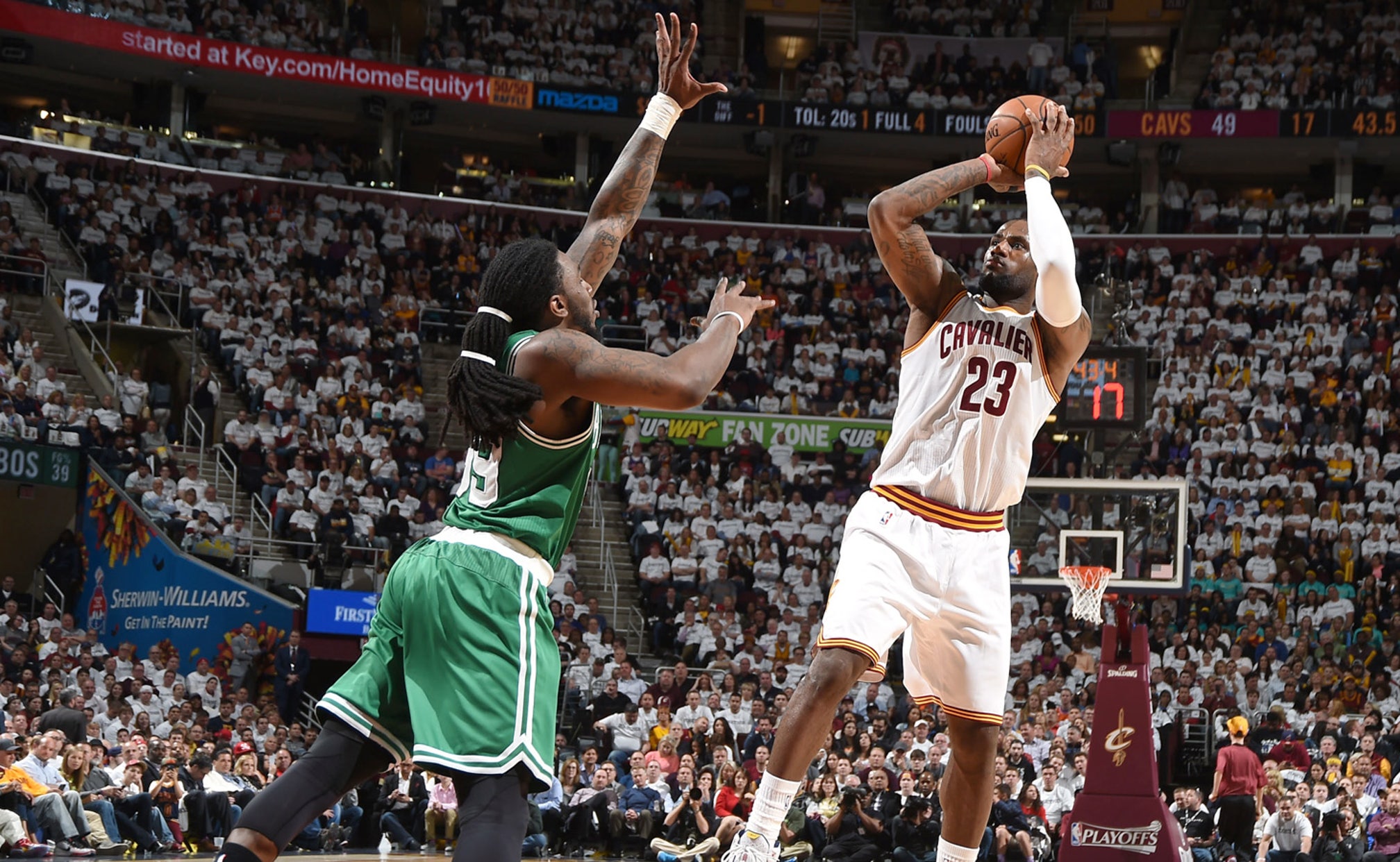 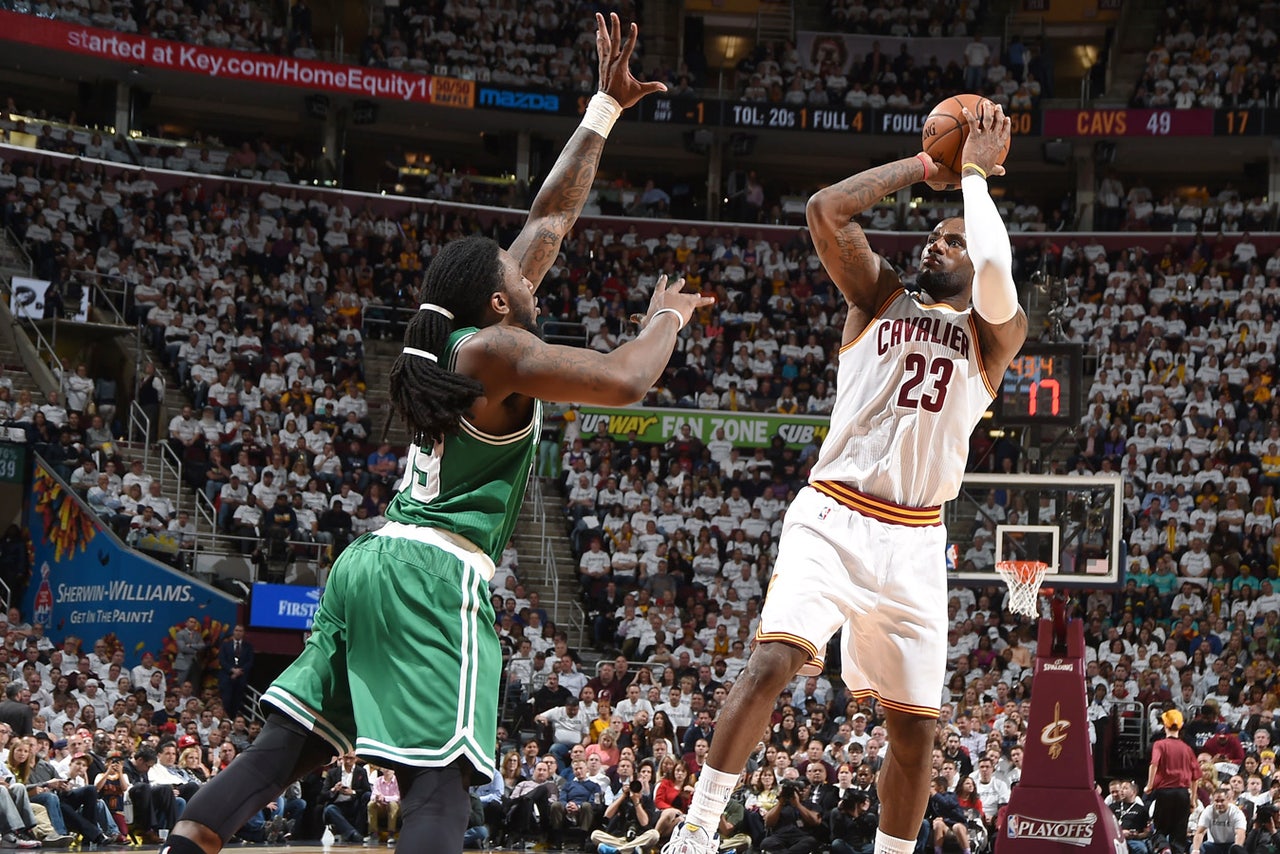 CLEVELAND (AP) -- The Celtics wouldn't go away, and then LeBron James showed them the door.

James moved past Hall of Famer Jerry West on the career playoff scoring list and made sure the Cavs didn't slip up at home. He took over the game down the stretch and he and Irving, playing in just his second postseason game, combined for all of Cleveland's 24 points in the final period and the Cavs' final 28 over the last 17:29.

"I've been in this moment before, and a lot of our guys haven't," James said. "I thought it was important for me to put a stamp on this game."

Timofey Mozgov added 16 points, Kevin Love had 13 and Tristan Thompson had 11 rebounds for Cleveland, which has had a tougher time than expected with a young Boston team.

Isaiah Thomas scored 22 points for the Celtics, who scrapped and clawed until the final minutes. Boston's bench outscored Cleveland's 51-7, but the Celtics couldn't stop James and Irving when it mattered most.

"We made those guys earn everything they got," Celtics coach Brad Stevens said, "and that's a step in the right direction. We were in a three-possession game and we shot 38 percent."

Game 3 is Thursday night in Boston, where James had his first stint with Cleveland end with a playoff loss in 2010. James knows the Cavs have to play better -- he had six of the team's 18 turnovers -- or the Celtics will climb their way back into the series.

"The mistakes you make at home, you cannot make those on the road," he said.

Up by one at halftime, and playing as poorly as they have in weeks, the Cavaliers came out energized in the second half and used a 17-4 run to open a 14-point lead.

The spurt included a stunning reverse dunk by Love and was capped with Irving tossing a lob pass to James, who dunked and then swung on the rim like a little kid on a school playground. The Cavs, though, couldn't shake the Celtics, who pulled within 79-77 on a three-point play by Thomas.

However, James, as he has so often done in his brilliant career, made big, clutch shots, none bigger than his driving layup with 1:13 left, giving the Cavs a 97-89 lead. Thompson grabbed three crucial offensive rebounds in the final 3 minutes to keep possessions alive for Cleveland.

Hoping to inspire his team, Stevens showed his players a videotape before the game of a runner stricken with Muscular Dystrophy who ran in Monday's Boston Marathon. Maichel Melamed of Venezuela needed 18 hours to complete the 26-mile event and was the final racer to finish, but he persisted and Stevens wanted the Celtics to take the same mentality into Game 2.

They had it, but they didn't have James, who added nine rebounds, seven assists and again showed why he may be in a class by himself.

"He's the most physically talented and certainly one of the best mental players in the game," Stevens said. "When you add that together, you've got a heck of a guy, a heck of a player. That's why he's considered one of the all-time best and the best in the game right now."

After grabbing an outlet pass from Mozgov, James threw his lob pass from near halfcourt to Love, who caught it with his back to the basket and flushed.

"It surprised all of us the way he finished," James said.

The Celtics went at James on the defensive end as both Evan Turner and Jae Crowder took turns being rough with him. James wasn't surprised by the rugged treatment, and said there's only one way to handle bullies.

Stevens was honored to finish fourth in voting for NBA Coach of the Year, but took the acknowledgment with typical humility.

"I'm not big on the postseason stuff," he said. "We all try to do our jobs to the best of our ability. I've learned from all 29 coaches in this league. There's no way you can appropriately rank them."

Celtics: Despite the loss, Thomas was encouraged by Boston's performance. "We're right there," he said. "I think we can get the next one." ... Boston went 6 of 22 from 3-point range. ... Stevens canceled the team's morning shootaround in order to get his players extra rest. "I'm big on fresh legs, clear mind," he said.

Cavaliers: Mozgov added five blocks. ... J.R. Smith went just 3 of 12 from the field. He was in foul trouble in Game 1. ... Just as he did during the regular season, James is moving up several career postseason lists. He went past Michael Jordan in assists on Sunday, and now that he has passed West (4,457), Karl Malone (4,761) is next on the scoring list. Jordan is first (5,987).