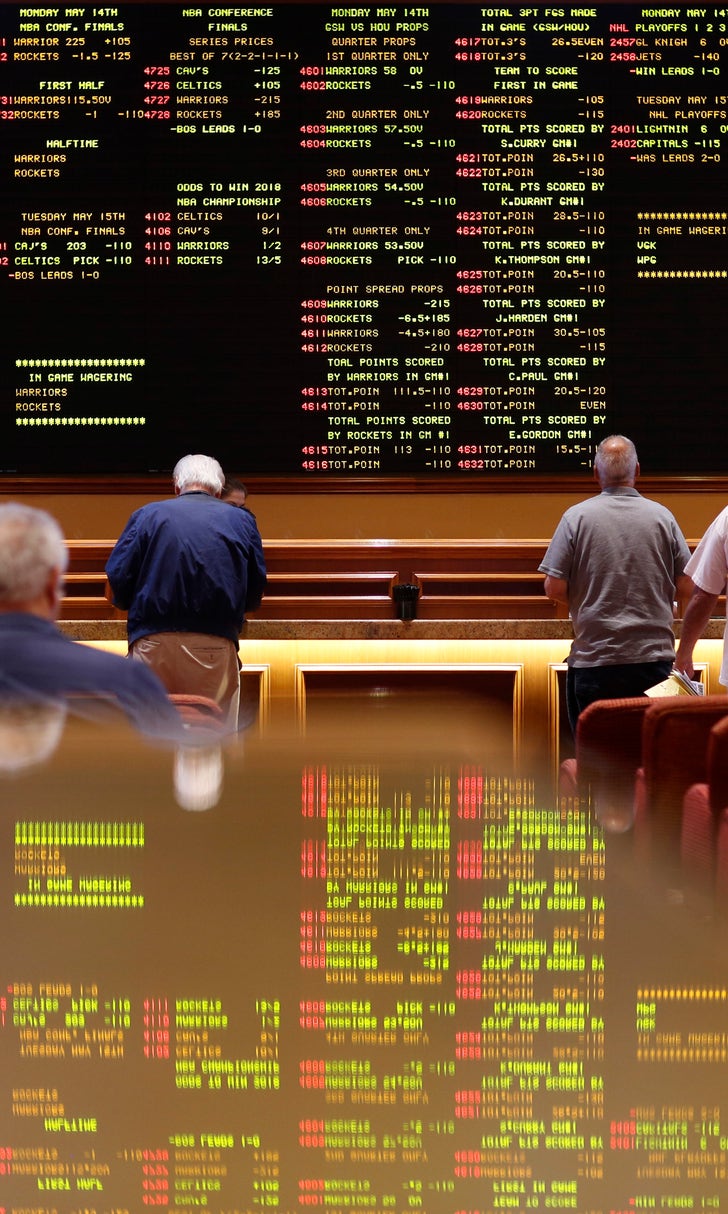 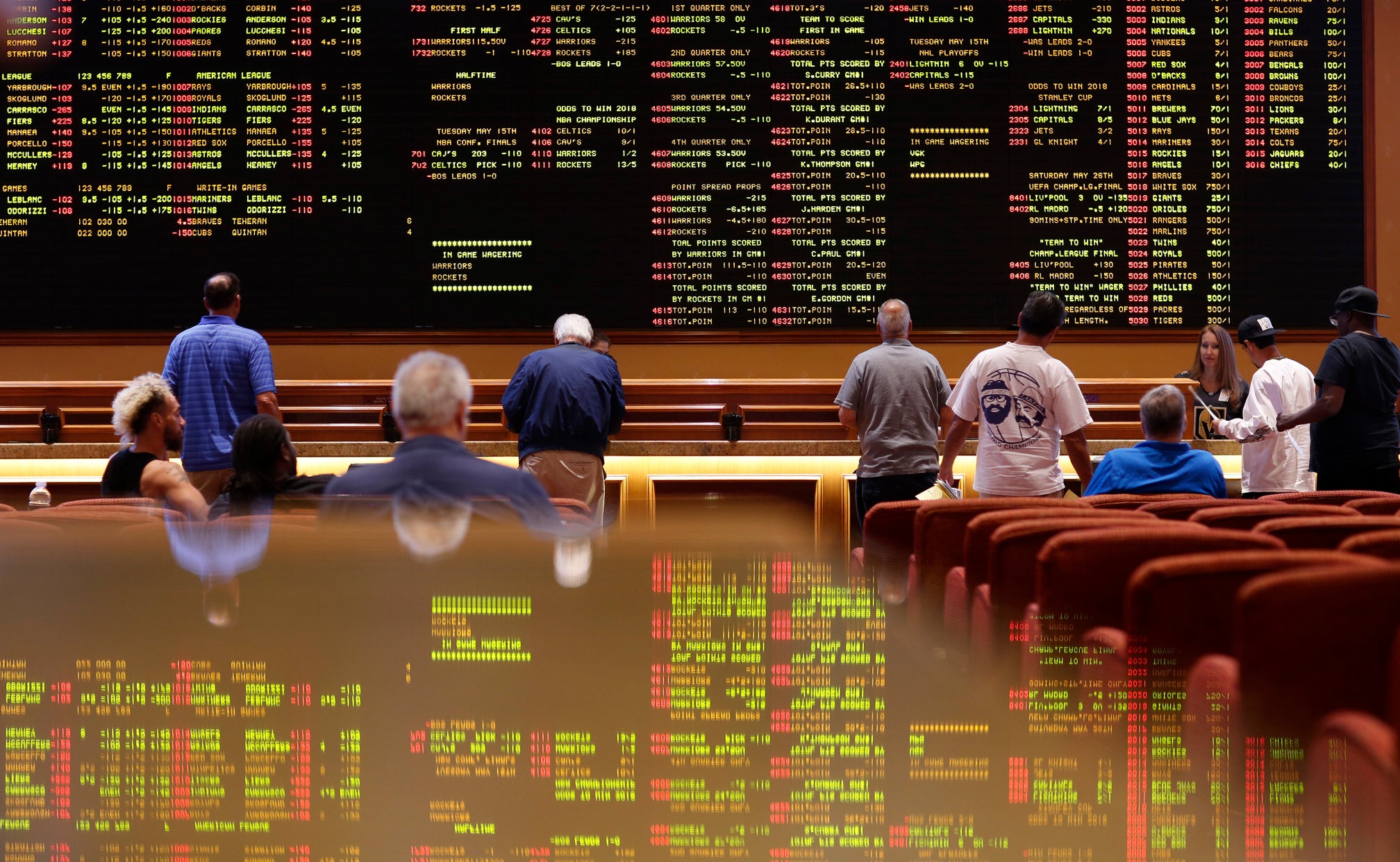 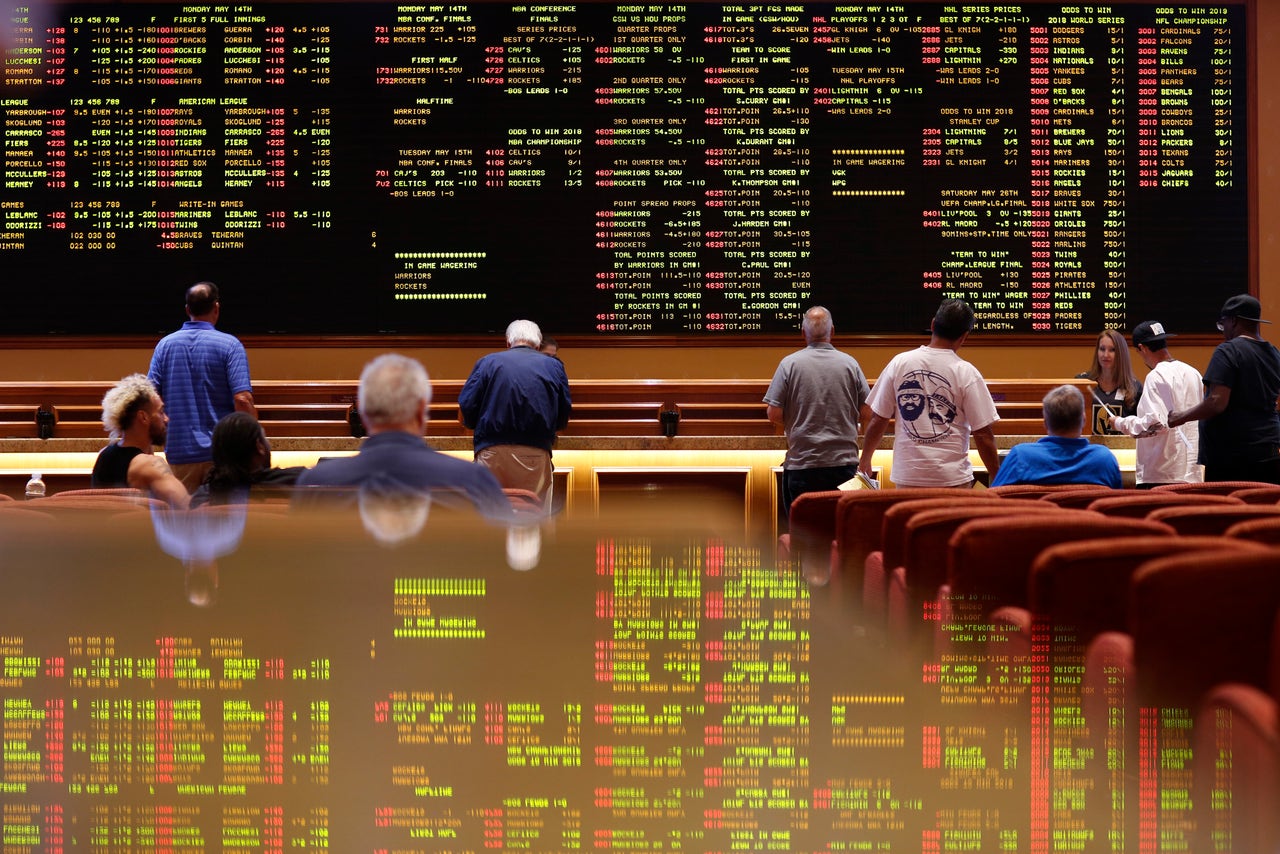 LAS VEGAS (AP) — Thousands of football fans from around the country converge at Las Vegas casinos every February to place their bets on the Super Bowl's winner, MVP, first touchdown scorer and hundreds of other outcomes. They cheer, boo and hold their breath as they watch every moment of the game at sportsbooks, VIP parties and other gatherings.

If they're lucky, they then get in long lines to cash out.

That enthusiasm is worth hundreds of millions of dollars to Las Vegas, and for the first time Sunday, it will face legal competition outside Nevada as casinos in seven more states have opened sportsbooks since the U.S. Supreme Court issued a relevant ruling in May. But the race for the betting dollars is not worrying officials or casino operators. This Super Bowl, they say, will be business as usual.

Their confidence comes from the magnetism of Las Vegas: Storied casinos, superb hospitality and dining, plus a growing list of world-class entertainment options that together create the Sin City vibe that draws millions every year. Seldom do people come to this desert oasis nowadays exclusively to bet.

"People come to Vegas for four-five hours around the Super Bowl, but they come for a lot more to fill the other 48 hours that they are here in town for that weekend," said Jay Rood, who heads sports betting operations for MGM Resorts International. "I really don't think that Vegas, or Nevada, has anything to worry about in the future. I think it's only going to increase our customer base and probably deliver more people to our doorstep."

Tourism officials expect 306,000 people to travel to Las Vegas for Super Bowl weekend, with a projected economic impact of $426 million. The figures from the Las Vegas Convention and Visitors Authority represent a $1.4 million year-over-year increase in economic impact with about the same number of visitors.

Gamblers wagered a record $158.6 million on the big game at Nevada's nearly 200 sportsbooks last year, over $20.1 million more than in 2017. But the sportsbooks made a profit of only about $1.2 million, as some reported six- and seven-figure losses in part because of a seemingly deep-pocketed mystery bettor.

Nevada's effective monopoly on sports betting ended last spring, when the Supreme Court struck down a federal ban on that form of gambling. Casinos in seven other states — Rhode Island, Delaware, Mississippi, New Jersey, Pennsylvania, West Virginia and New Mexico— are accepting wagers on the game between the New England Patriots and Los Angeles Rams. And by 2020, the list could be longer with lawmakers in two dozen states thinking about allowing sports betting.

The Las Vegas Convention and Visitors Authority, which is responsible for promoting the destination, estimates that 93.5 percent of the city's roughly 147,000 available rooms will be booked this weekend.

"In addition to weather that's better than most of the country right now, we have so many other amenities you can build out a full weekend," said Jacqueline Peterson, the authority's chief communications officer. "Yes, you can sit down and watch the big game and have a great time. But before and after, we have the best clubs and bars and restaurants in the world. Some amazing shows are in town this weekend."

MGM Resorts anticipates the majority of its Las Vegas Strip properties will be sold out. Rood said he has already taken several six-figure wagers and anticipated he will get three or four wagers topping $1 million each. He expects Rams supporters from nearby southern California to start showing up in Las Vegas by Friday afternoon.

MGM and the Westgate Las Vegas casino-hotel had the Patriots as 2 1/2-point favorite Thursday.

The Westgate Las Vegas casino-hotel expects to be at capacity, too. It will host a gathering for 1,200 of its VIP customers, a private event for over 2,000 people and a party for about 1,500 people that's open to the public at the theater where Elvis Presley once performed. A satellite betting station will be centrally placed to allow partygoers to bet without missing much of the game.

Longtime Las Vegas oddsmaker Jay Kornegay believes bettors in Nevada will set another record this year. He said some of the big bettors have made arrangements to wire money ahead of the game, with 80 to 85 percent of all the bets historically coming in the last two days before the game.

"It's an important weekend for us, and when I say us, I'm talking about the city of Las Vegas because we have to put on our best show to keep them coming back not just for next year's game, but throughout the entire year," said Kornegay, the Westgate's vice president of race and sports book operations. "It's all hands on deck throughout the entire city."

What Is Rams vs. Packers? An Elite Clash
He'll soon fill in for Alex Trebek (no, really). First, Aaron Rodgers and the Packers must face down the NFL's top defense.
1 day ago