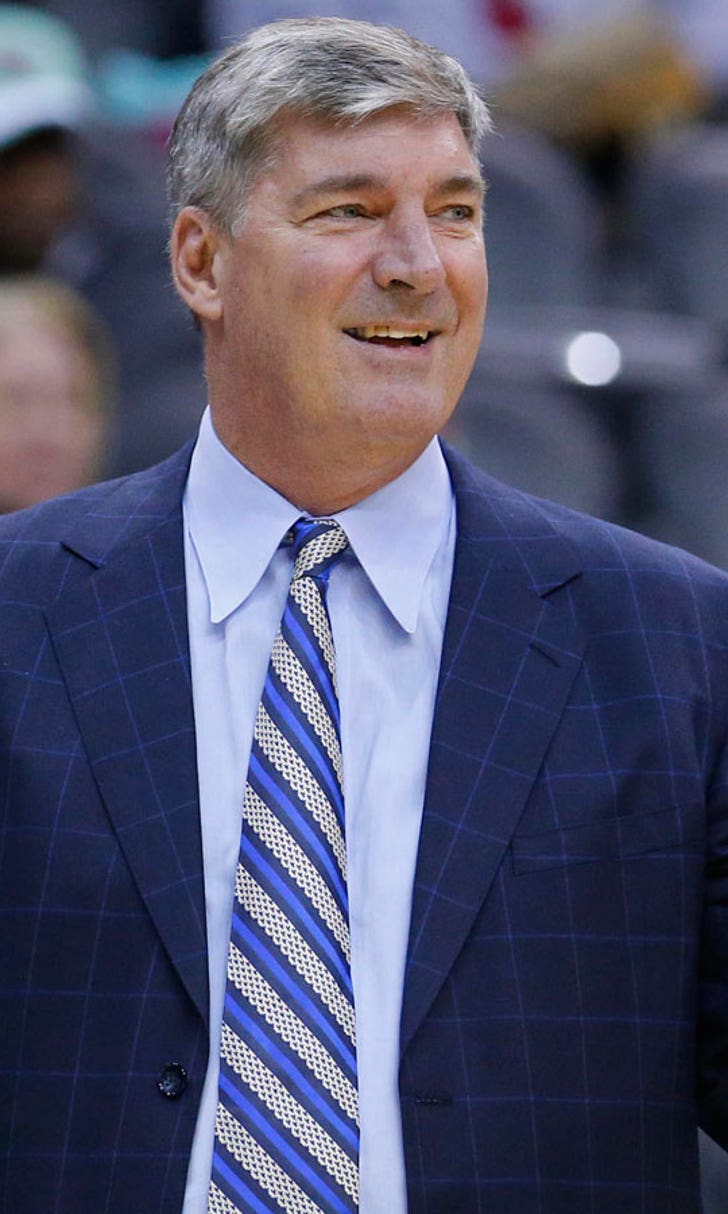 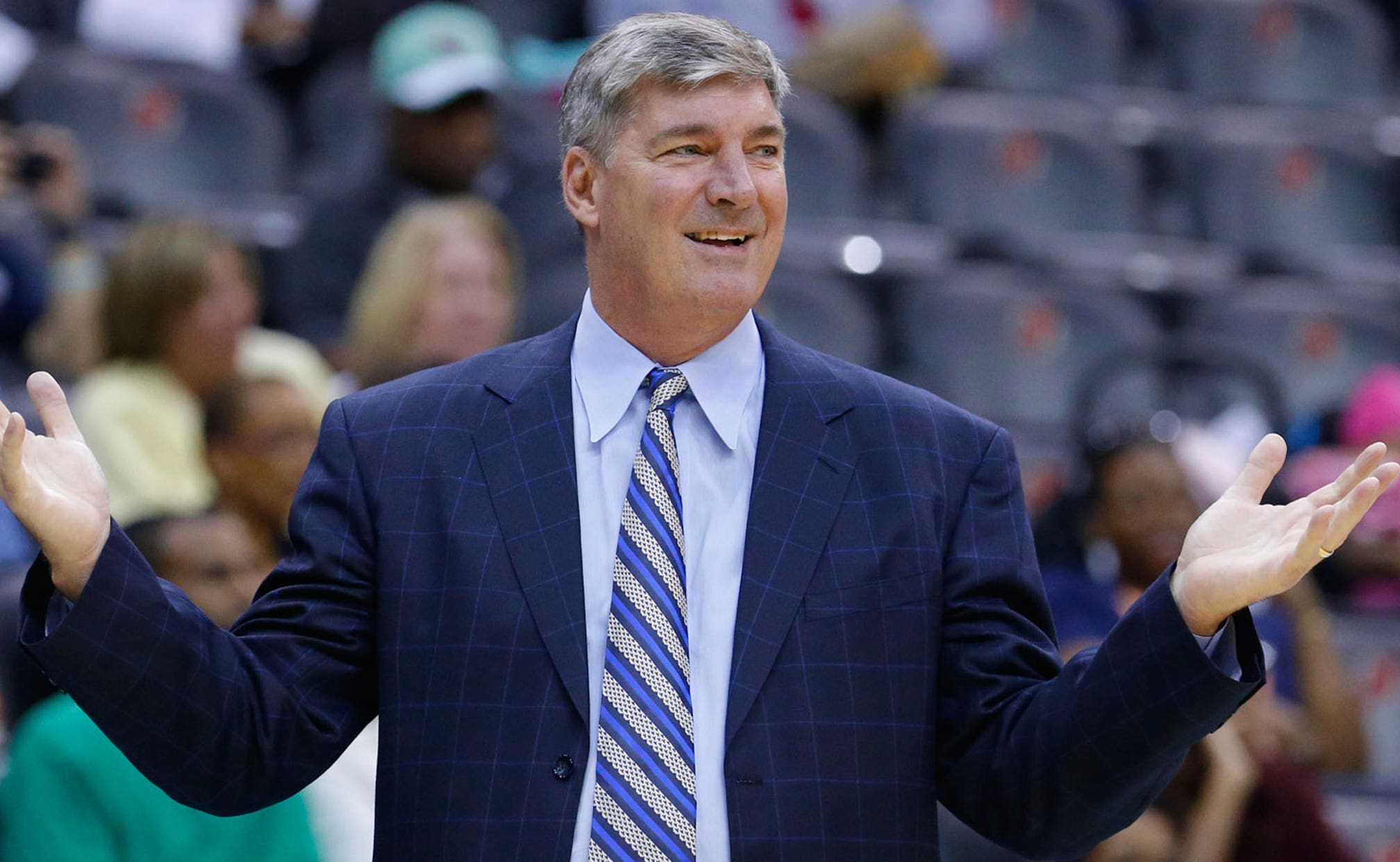 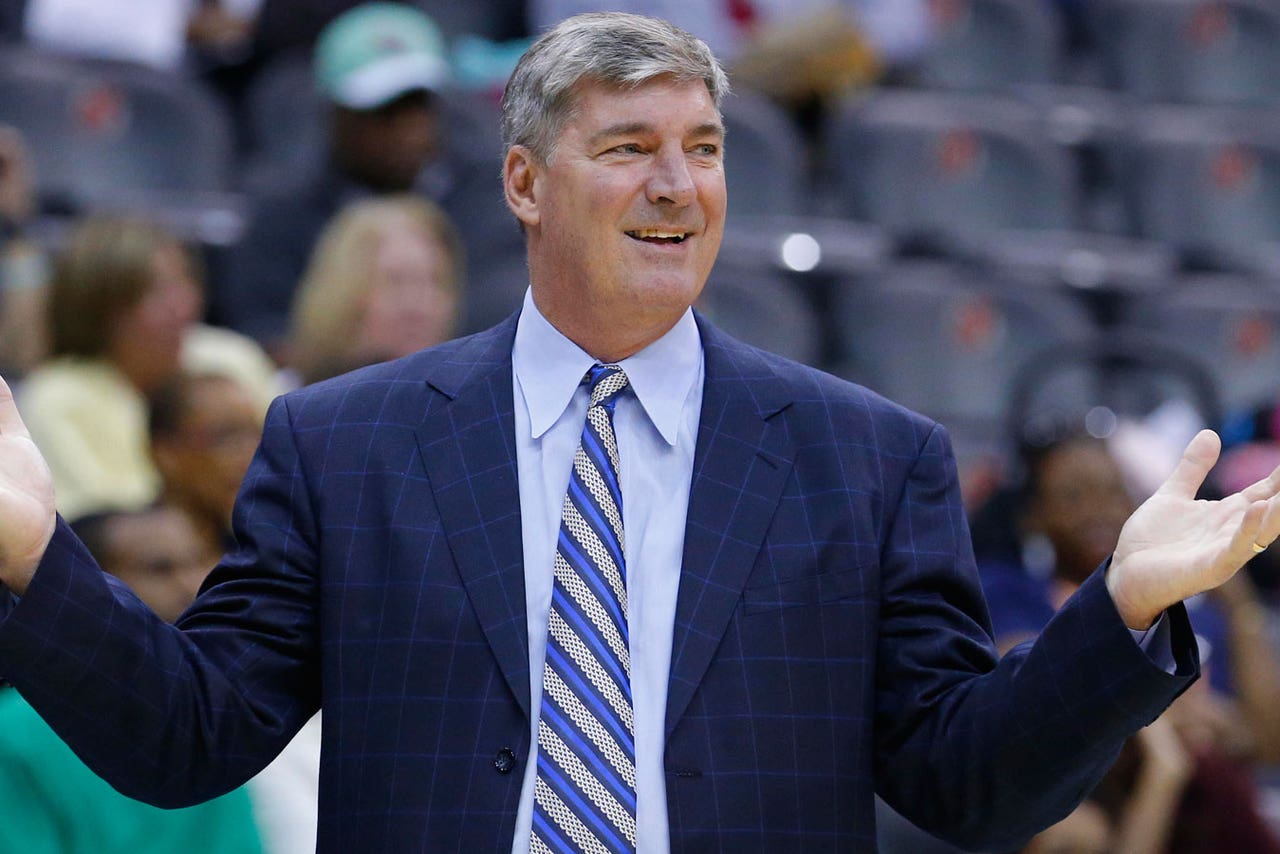 NEW YORK (AP) -- Bill Laimbeer wasn't surprised when the New York Liberty offered him his old job back as coach.

He never wanted to leave in the first place.

"They called and said we want to chat about you coming back and being coach, I said I'm all for that," Laimbeer said in a phone interview Thursday.

In an unusual move, the Liberty rehired Laimbeer as coach Thursday nearly three months after they chose to not exercise the option year on his contract.

"At the end of the season we wanted to take a look and do a full review where we were as a franchise as a basketball team," said Kristin Bernert, who is the senior vice president of business operations for the Liberty.

"We started down a path of evaluation and hit a point where we needed to make a decision on Bill's contract option. We weren't ready to make a decision at that point. We continued on the path of diving deep into who we are, where we are and who we want to be. We were on the right path and wanted to bring Bill back as head coach."

The Liberty had missed the playoffs the past two seasons and were 26-42 under Laimbeer when they parted ways in October.

"I knew we were going in the right direction, I thought that it takes time and nothing happens overnight," Laimbeer said. "We had a good lurch in the proper direction and the way we were going. I wanted to fulfill that path and plan. I was sad a little bit, but I understand business is business."

Laimbeer has had success in the WNBA, leading the Detroit Shock to three titles as the team's general manager and coach from 2002 to 2009.

Bernert said that finances had nothing to do with the decision to let him go and bring him back. Laimbeer will no longer be the general manager of the Liberty with Bernert taking over that role.

"I still will put my two cents in," Laimbeer said laughing. "I've known and worked well with KB for years and know we will continue to do so."

Bernert wouldn't say whether the Liberty looked at other candidates for the head coaching job, but with free agency starting next week, getting a coach in place was key.

"We felt very confident and very methodical with our approach," Bernert said. "We knew with free agency coming it absolutely was very important for players to know who they are playing for."

New York made a splash before the start of last season, acquiring Tina Charles from the Connecticut Sun in a draft day trade. The Liberty couldn't capitalize with their new acquisition, falling a game short of making the playoffs. The team has no first-round pick in this year's WNBA draft, having traded it to Connecticut as part of the Charles deal.

They also have to figure out what to do with unrestricted free agents Swin Cash and Plenette Pierson.

It's not the first time a New York team has brought back a former coach. Billy Martin had five different stints managing the Yankees. Al Arbour had more than one stint coaching the Islanders.

Both though won championships with those teams, something that Laimbeer hopes to accomplish with the Liberty.