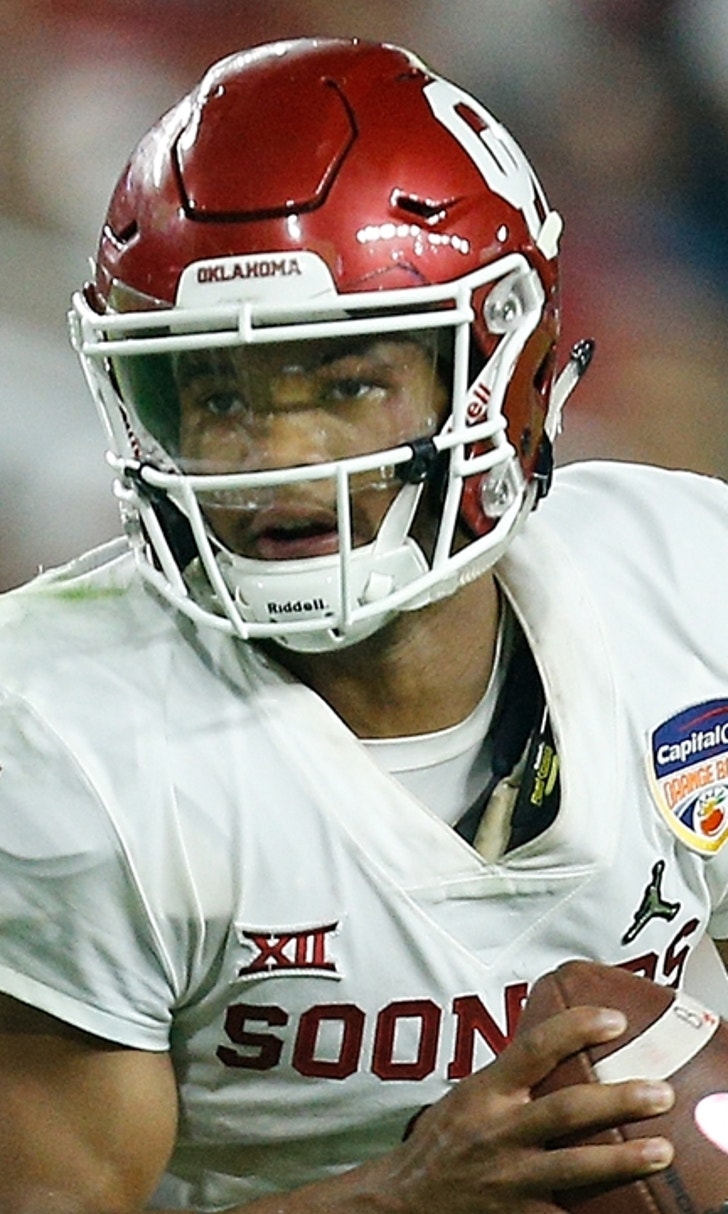 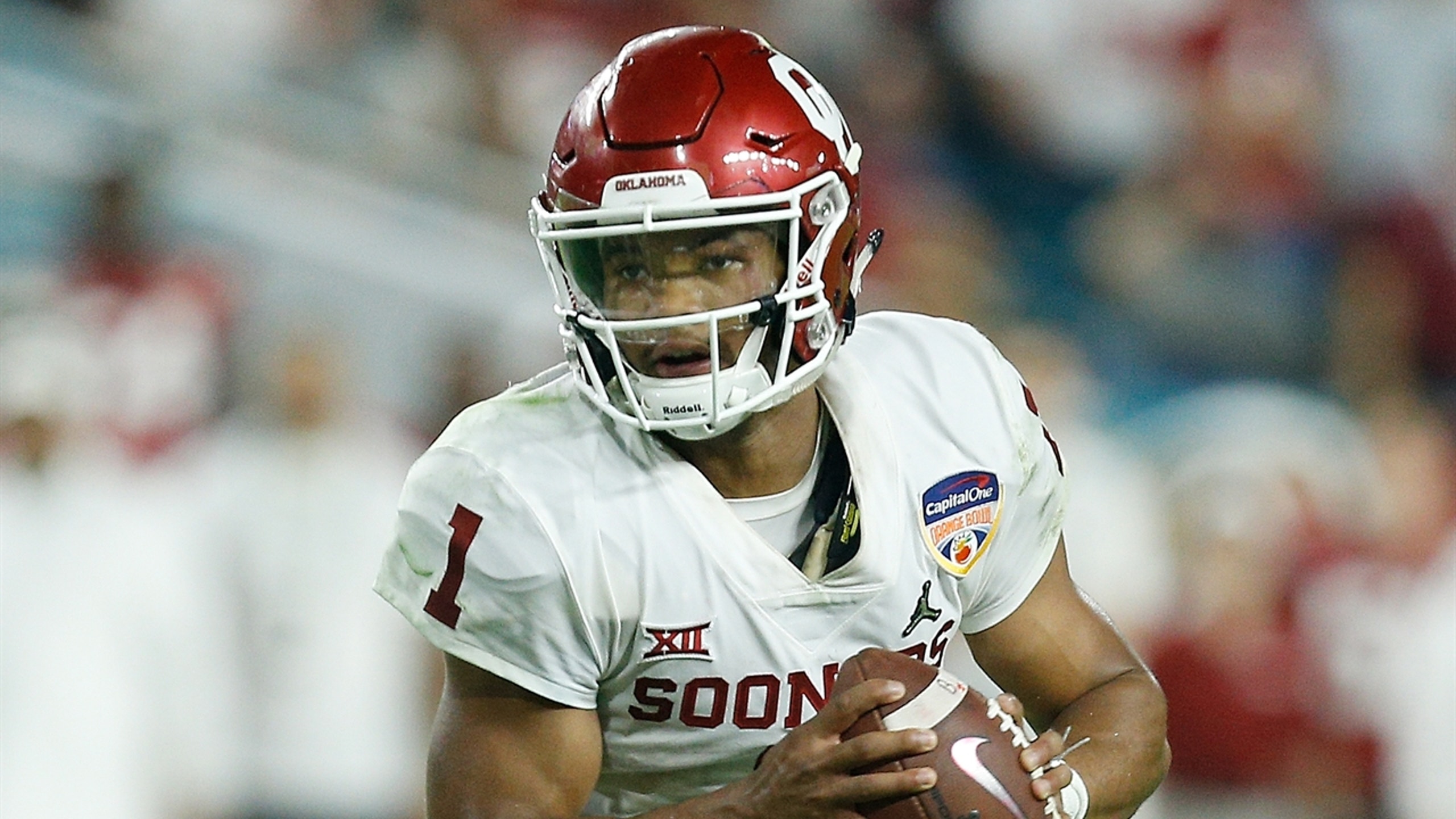 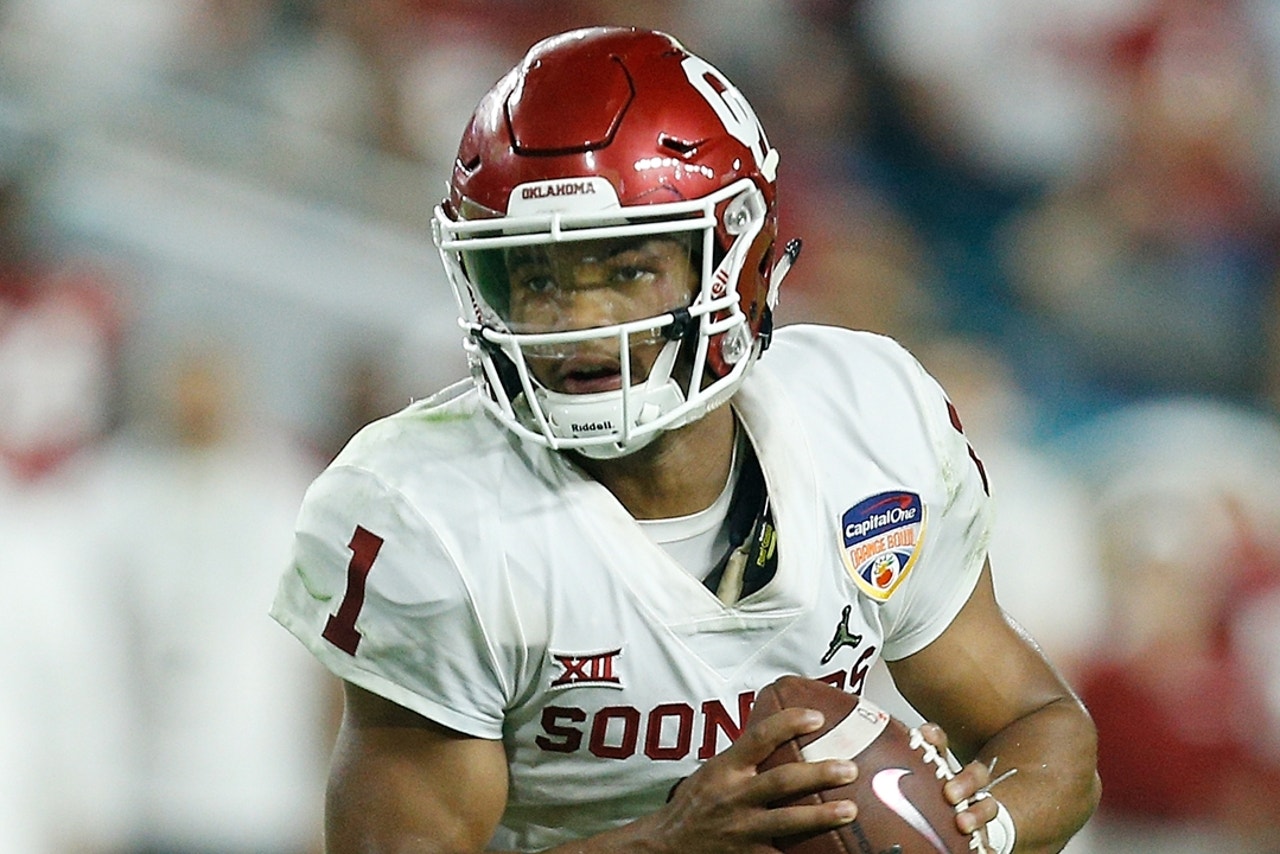 MESA, Ariz. (AP) — Heisman Trophy winner Kyler Murray says he will pursue a career in the NFL over playing baseball for the Oakland Athletics.

Murray was the ninth overall pick in last June's baseball amateur draft, and the outfielder agreed to a minor league contract with Oakland for a $4.66 million signing bonus. He is a football quarterback and is eligible for this year's NFL draft, which starts April; 25.

Oakland, which started spring training workouts Monday, had a locker with a No. 73 jersey waiting for him.

"I am firmly and fully committing my life and time to becoming an NFL quarterback," Murray tweeted Monday. "Football has been my love and passion my entire life. I was raised to play QB, and I very much look forward to dedicating 100 percent of myself to being the best QB possible and winning NFL championships. I have started an extensive training program to further prepare myself for upcoming workouts and interviews. I eagerly await the opportunity to continue to prove to NFL decision makers that I am the franchise QB in this draft."

"Things have certainly changed since the draft," Billy Beane, Oakland's executive vice president of baseball operations, said before the announcement. "The situation is fluid right now and based on a historic college football season that the young man had."

Murray's baseball deal called for him to receive $1.5 million within 30 days of the deal's approval last summer by Major League Baseball and $3.16 million on March 1.

Bo Jackson and Deion Sanders played both football and baseball, but Jackson was a running back and Sanders a cornerback.

"Quarterback is a very demanding position, as is being a Major League baseball player," Beane said. "To say somebody could or couldn't, I'm not here to say that. Something like that is something that is part of our private discussions."

"He's one of those rare athletes, who I think any sport that he played, he'd probably excel at," A's manager Bob Melvin said.

Murray passed for 4,361 yards and 42 touchdowns for Oklahoma last season. He ran for 1,001 yards and another 12 scores, posting the second-best passer efficiency rating in FBS history.

"Obviously the fact that he would want to play quarterback, if he chooses the football route, is a little different than Deion or Bo or some of those guys," Oklahoma coach Lincoln Riley said in November. "But he athletically is so gifted and can transition between the two."