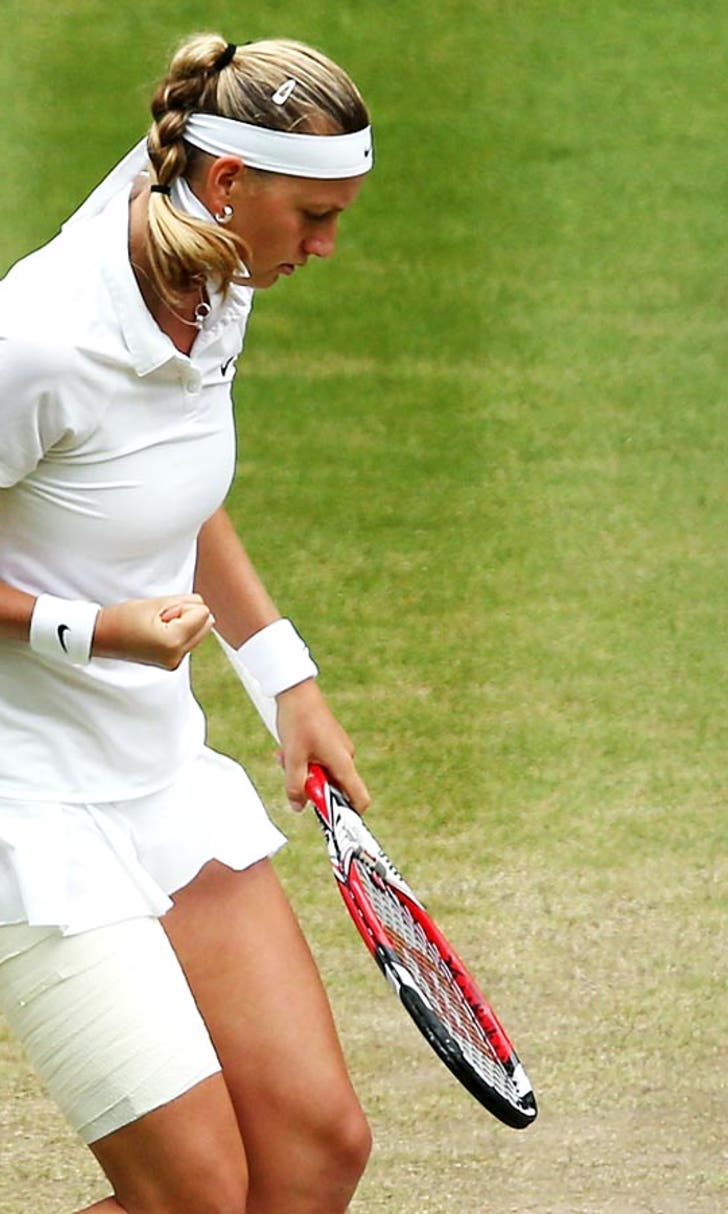 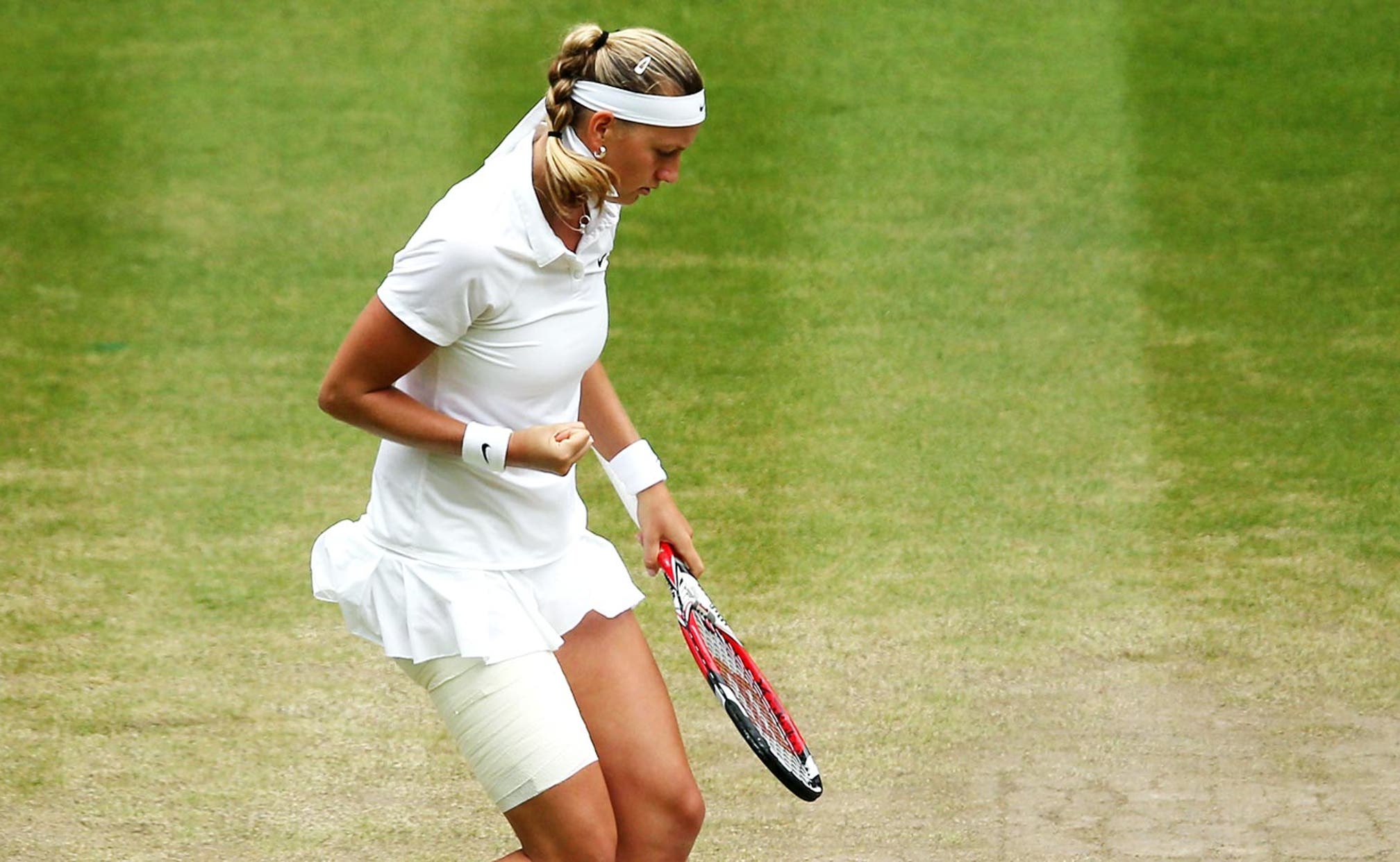 LONDON (AP) -- Petra Kvitova overwhelmed Eugenie Bouchard 6-3, 6-0 in less than an hour Saturday to win Wimbledon for the second time in the most lop-sided final in more than two decades.

Kvitova, the 2011 champion, put on a clinic of power tennis, ripping baseline winners off both wings and leaving Bouchard looking helpless. Kvitova won the final seven games, finishing the 55-minute rout with another clean winner -- a cross-court backhand.

Kvitova fell onto her back at the dusty baseline after her final shot flew past Bouchard. Later, she climbed into the stands to embrace her parents and the rest of her team.

The last time a player lost only three games in the Wimbledon final was in 1992, when Steffi Graf beat Monica Seles 6-2, 6-1.

Kvitova's attack-minded game is perfectly suited for the grass of the All England Club. Both of her Grand Slam finals have been at Wimbledon.

"I can't say that it's more special, but definitely after three years to stand here with the trophy again, it's absolutely amazing," Kvitova told the Centre Court crowd.

For Bouchard, the first Canadian to reach a Grand Slam final, it was a humbling defeat. She is named after Britain's Princess Eugenie, the granddaughter of Queen Elizabeth II, and the princess was watching from the front row of the Royal Box.

"I feel like it's a step in the right direction," Bouchard told the audience. "I don't know if I deserve all your love today, but I really appreciate it."

Bouchard, the Wimbledon junior champion two years ago, came into the match with the best record in majors this year -- 16-4 -- and was the only player to reach at least the semifinals of the first three Grand Slams.

But she had no answer for Kvitova, who seized command from the start, attacking Bouchard's second serves and moving her all over the court. Kvitova was always on the offensive, never letting the Canadian get comfortable. After her one bad game, when she was broken while serving for the first set at 5-2, Kvivota won the rest of the games.

"I had a great tactic from my coach," she said. "He always knows (how) I have to play."

Kvitova piled up 28 winners, 20 more than Bouchard. Even while being thoroughly beaten, Bouchard had only four unforced errors, as Kvitova's searing groundstrokes pushed her into so many forced errors.

The Centre Court roof was closed immediately after the match as rain began to fall. The two players left the court while the roof was being shut and returned later for the trophy ceremony.

Kvitova accepted the Venus Rosewater Dish from the Duke of Kent.

It was the first final between two players born in the 90s. Kvitova is 24, four years older than Bouchard.

Kvitova is the third different player to win a Slam this year, the fourth straight year that the opening three majors have gone to different champions.

The men's final will be played Sunday, with Roger Federer going for a record eighth Wimbledon title and 18th Grand Slam championship against 2011 winner Novak Djokovic.