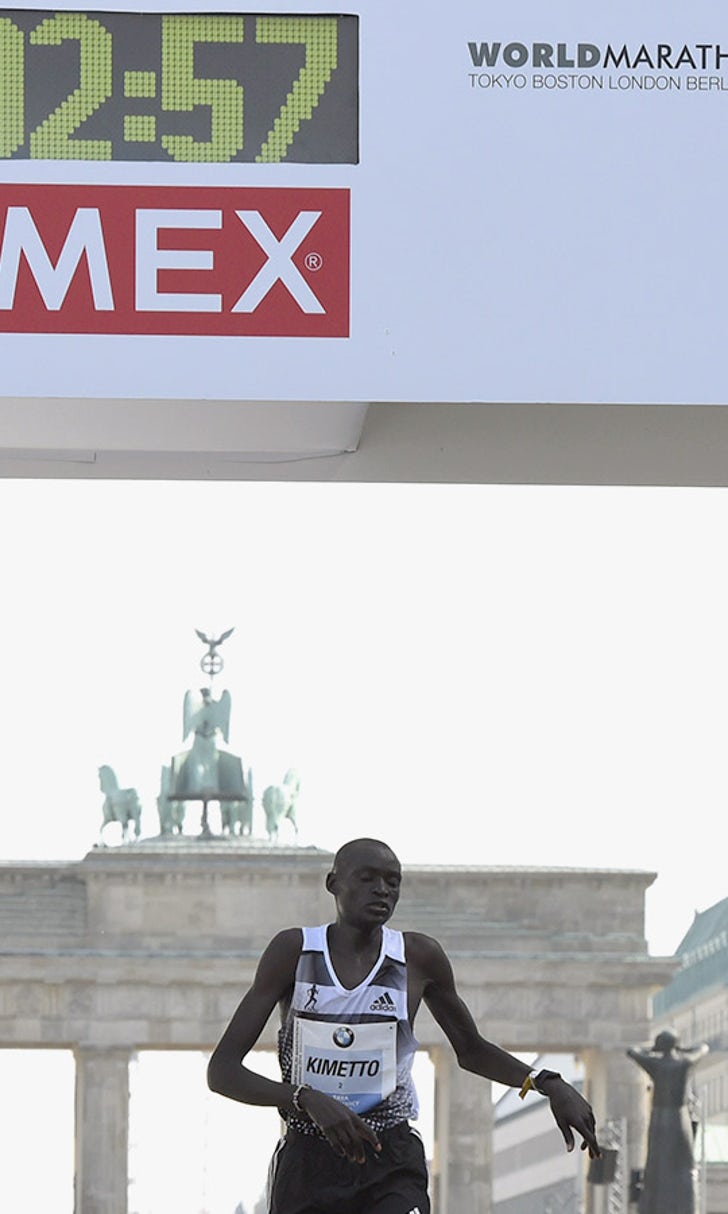 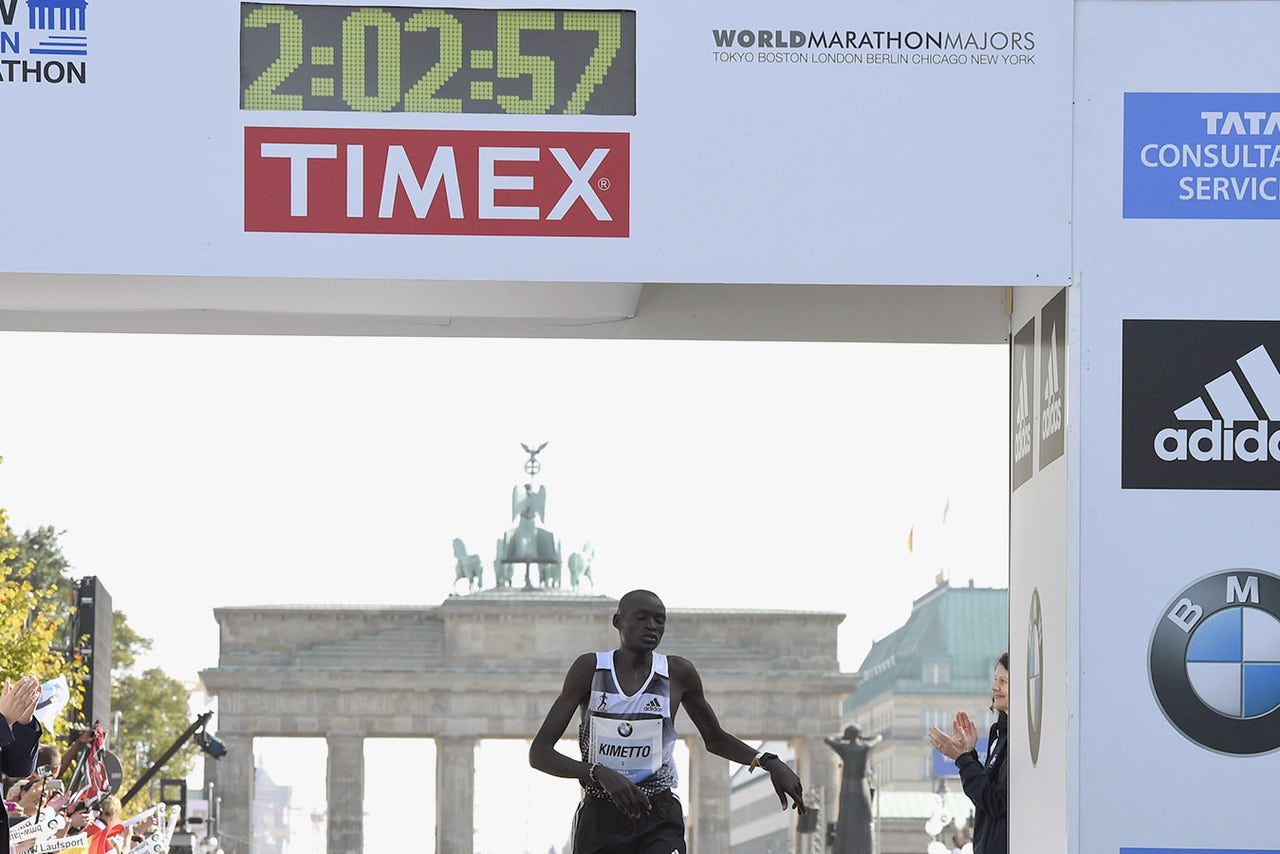 The 30-year-old Kenyan knocked 26 seconds off the record of 2:03:23 set by compatriot Wilson Kipsang in Berlin last year to become the first man to complete a marathon in under two hours, three minutes.

"I feel good today for today is a big day for me," Kimetto said. "The fans made me confident and I thought I could do it."

Asked if he could beat his new record, Kimetto simply replied: "Yeah."

Another Kenyan, Emmanuel Mutai, was also faster than the previous best, finishing second in 2:03:13.

Mutai had run the fastest marathon in history in 2:03:02 in Boston in 2011, though it didn't count as a world record because the course is considered too straight and downhill.

Ines Melchor of Peru set a South American record of 2:26:48 in finishing eighth, just behind Anna Hahner of Germany, who delighted home fans with a personal best of 2:26:44 for seventh.

Some 40,004 runners from 130 nations were accepted for the race, which was run in perfectly clear conditions.

Kimetto, whose previous personal best was the 2:03:45 he ran to win the Chicago Marathon last year, was part of a leading group including Mutai, Kuma, Tsegaye Kebede, Eliud Kiptanui, Geoffrey Kamworor, Levy Matebo and Franklin Chepkwony.

They maintained a steady pace but lost a couple of seconds after the 12th kilometer, before picking it up again after 15K. Matebo and Kiptanui dropped back as the leaders crossed the halfway mark in 1:01:45 -- inside world record pace.

Pacemakers Wilfred Kirwa and Geoffrey Ronoh dropped out at 30K, which Mutai reached in a record 1:27:37.

He was only accompanied by Kimetto and Kamworor, who dropped 10 seconds behind his compatriots by the 35th kilometer.

Kimetto was running more smoothly but Mutai kept challenging, reminding the Chicago marathon champion that he was still there.

Kimetto put a couple of seconds on his training partner with an injection of pace in the 39th kilometer, and he used it as the springboard for the seventh world record to be set on Berlin's flat course, the 10th including women's races.