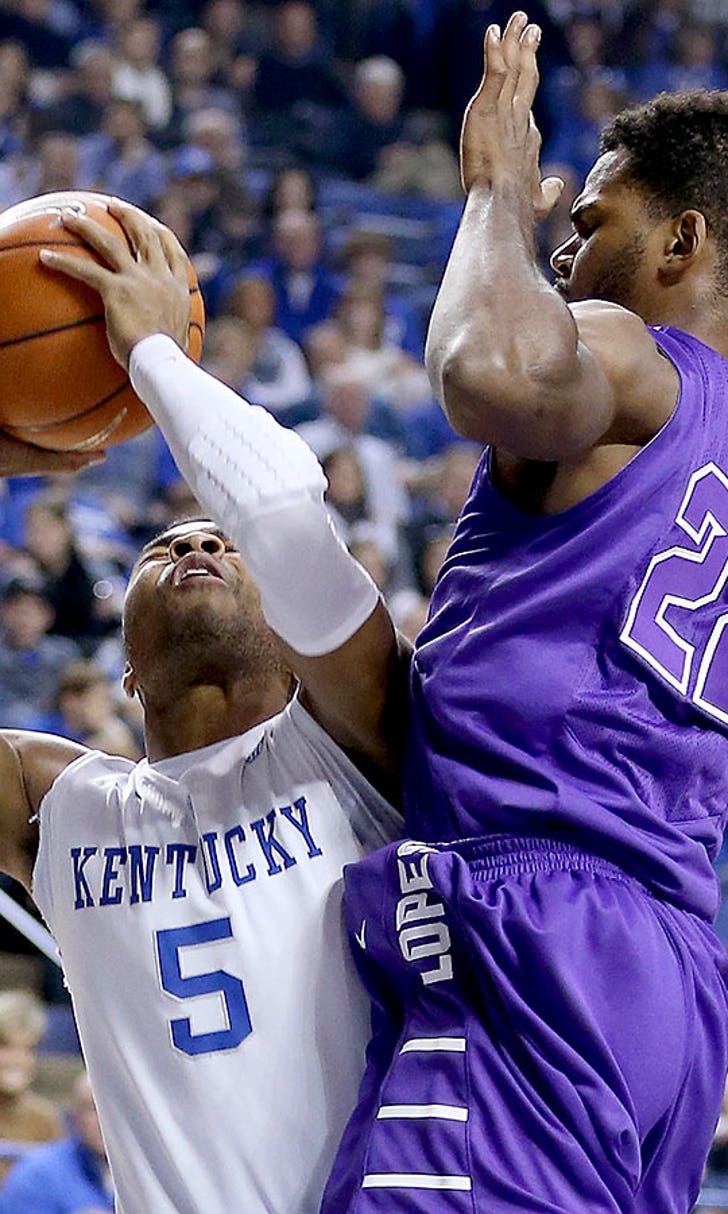 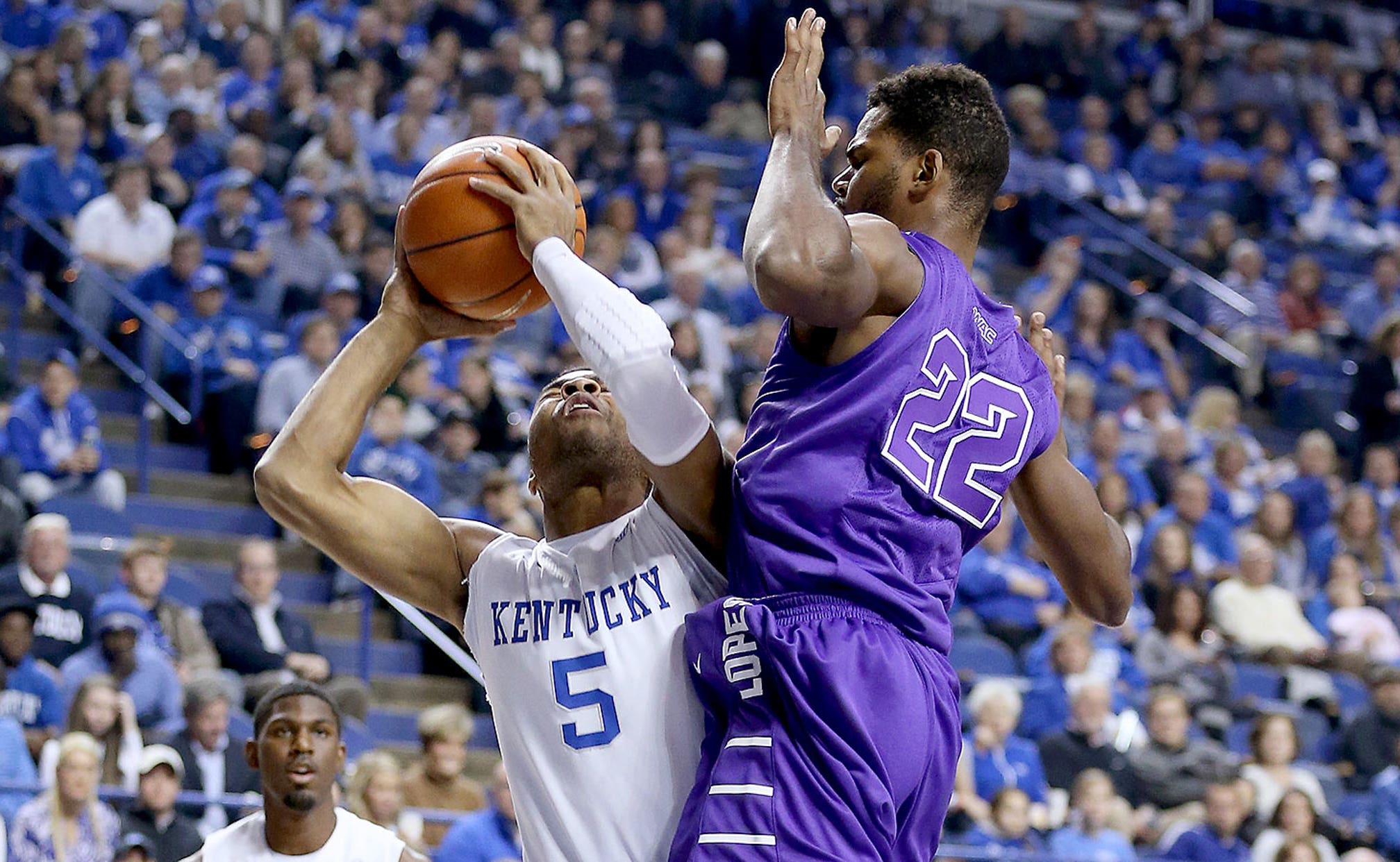 Kentucky remains at No. 1 in AP poll 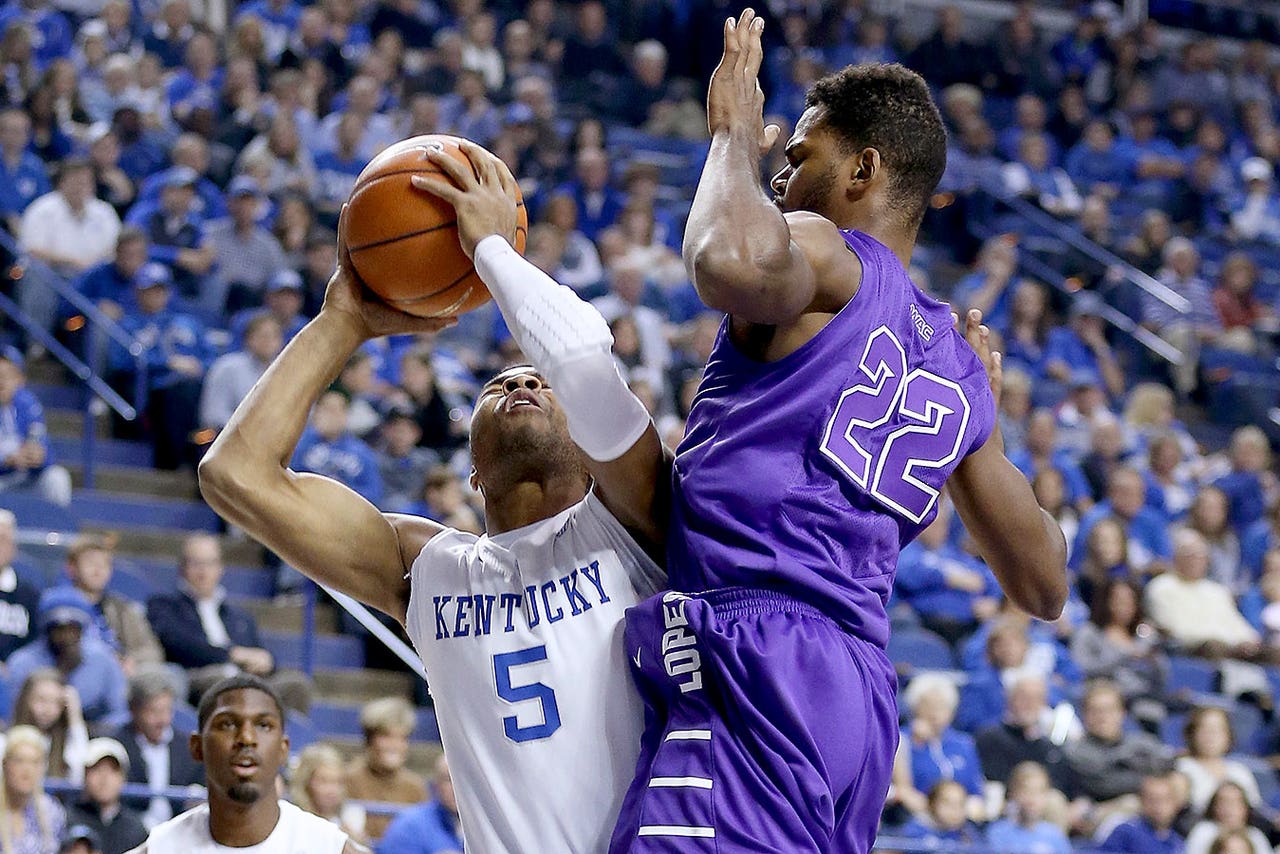 The Wildcats kept the top spot despite struggling for a half against Buffalo, earning 49 first-place votes from the 64-member national media panel. Arizona was at No. 2 and earned four first-place votes, with No. 3 Wisconsin receiving seven and No. 4 Duke four. Arizona edged the Badgers by 16 total points.

The poll was relatively unchanged from the preseason after every team but one went undefeated during the opening weekend.

No. 7 Louisville and No. 8 Florida swapped spots in the only change in the top 10. Kansas was fifth, North Carolina sixth, with Virginia and Texas closing out the top 10. Harvard, tied for No. 25, dropped out after losing to Holy Cross.

With 64 ballots after 65 for the preseason poll, Kentucky had three fewer first-place votes after trailing Buffalo at halftime of a home game on Sunday. The Wildcats still won by 19 and opened the season by routing Grand Canyon.

Arizona lost one first-place vote after a nervous start against Mount St. Mary's that eventually turned into a rout. The Wildcats ran past Cal State Northridge on Sunday. Duke didn't receive any first-place votes in the preseason poll, but picked up four following a pair of dominating wins over Presbyterian and Fairfield.

No. 19 Michigan State fell a spot behind No. 18 Oklahoma after a five-point win over Navy.